A special day for Kent Johnson

Kent Johnson from Montana spends his winters in warmer climates to get away from the frozen lakes and icy streams back at home. This year he is in Florida with his 5th wheel in tow and his wife by his side and they plan to travel the whole state staying in each region for 2 weeks then on to the next. This week he is staying on the outskirts of East Orlando and called me up to target Redfish with a fly rod. Kent has traveled the world with his fly rod and has caught Bonefish, Salmon, Tarpon, Permit, Brown Trout, Rainbow Trout, etc. but always had trouble with the Red Drum in Florida. After several attempts in the past years, he has failed to catch one until today, January 10, 2012, which was a very special day for him.

On a sandy flat of 8-12″, we would encounter Laid up Sea Trout, laid up Redfish and also large schools of Redfish. The water was crystal clear and not a lick of wind making the whole river sheet glass, which also made the fish very spooky. Kent had over 50 shots of both Trout and Reds but most of them blew off by seeing the fly line soaring through the air. The ones that didn’t spook off are the ones that either trailed the fly for a few yards before turning away, or ate the fly that imitated a small baitfish. 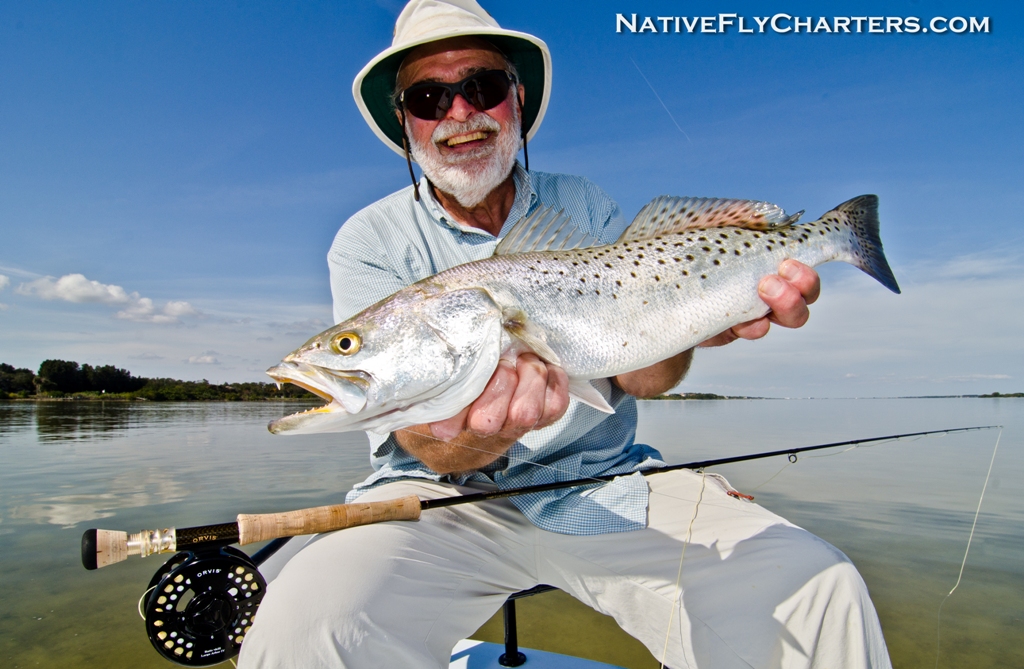 After landing a few nice Sea Trout (which Kent can also check off his list now) I see a pod of upper to over slot Redfish approaching us. I quickly position the skiff for Kent to fire off a long cast next to the school which he did perfectly without spooking the fish. Once the pod of fish headed towards the fly, Kent makes 3 or 4 quick strips which gets a fishes attention which then turned on the fly and ate. Now Kents first ever Redfish is hooked up on the end of his line and the battle begins. 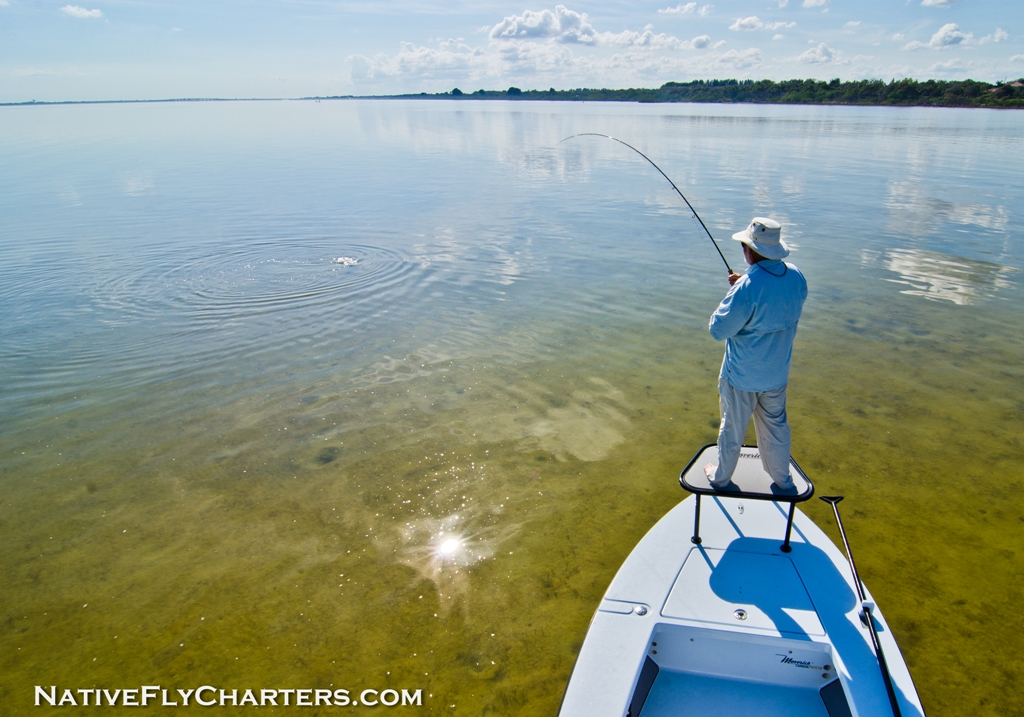 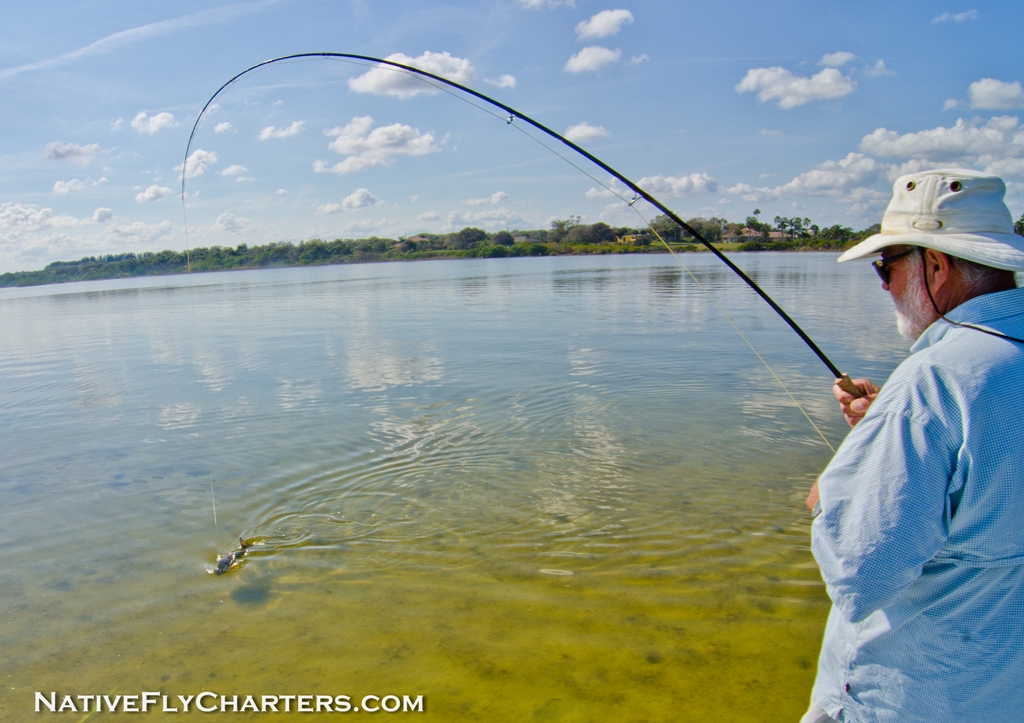 After about 20 minutes of tug o war with the fish, I give Kent a hand to land his first ever Redfish on fly that he’s been after for a long time. 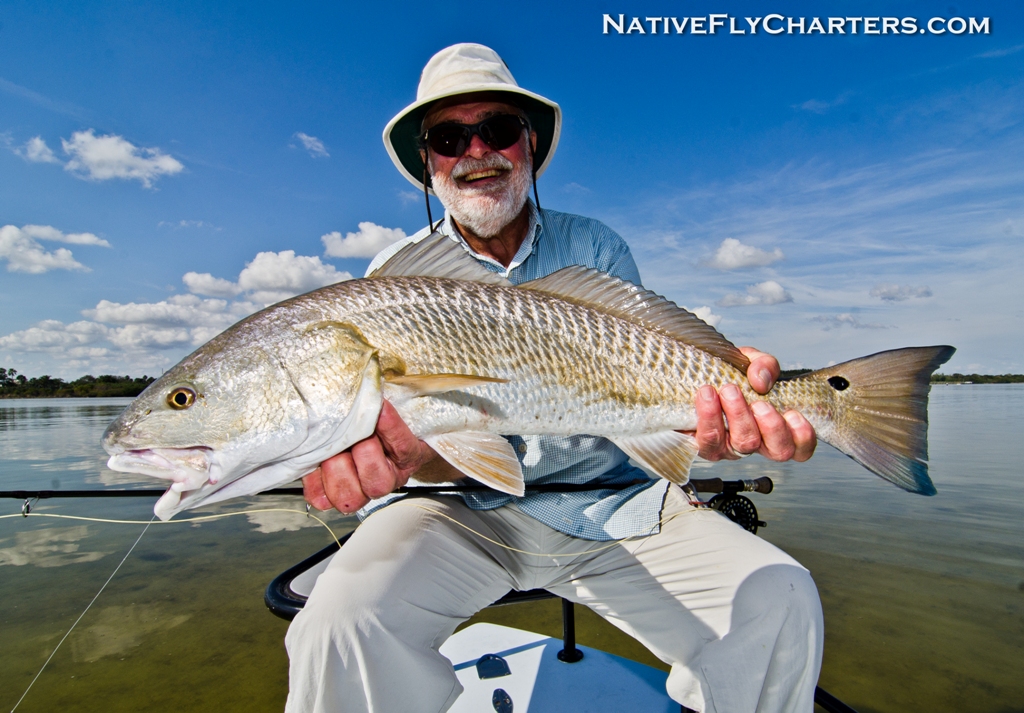 Kent cherishing the release of his first Redfish which measured 28.5″. 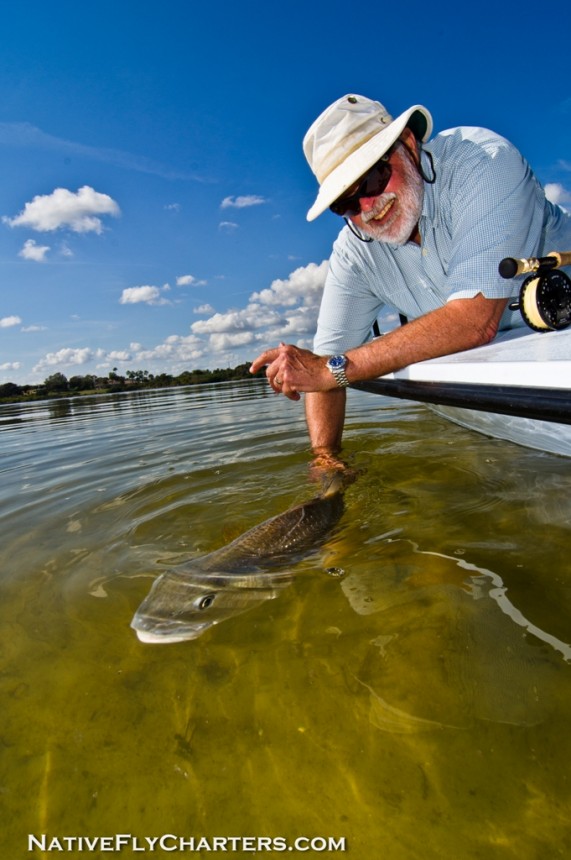 It wasn’t too long after the release of his first Redfish when he made a perfect cast to his 2nd Redfish ever caught. 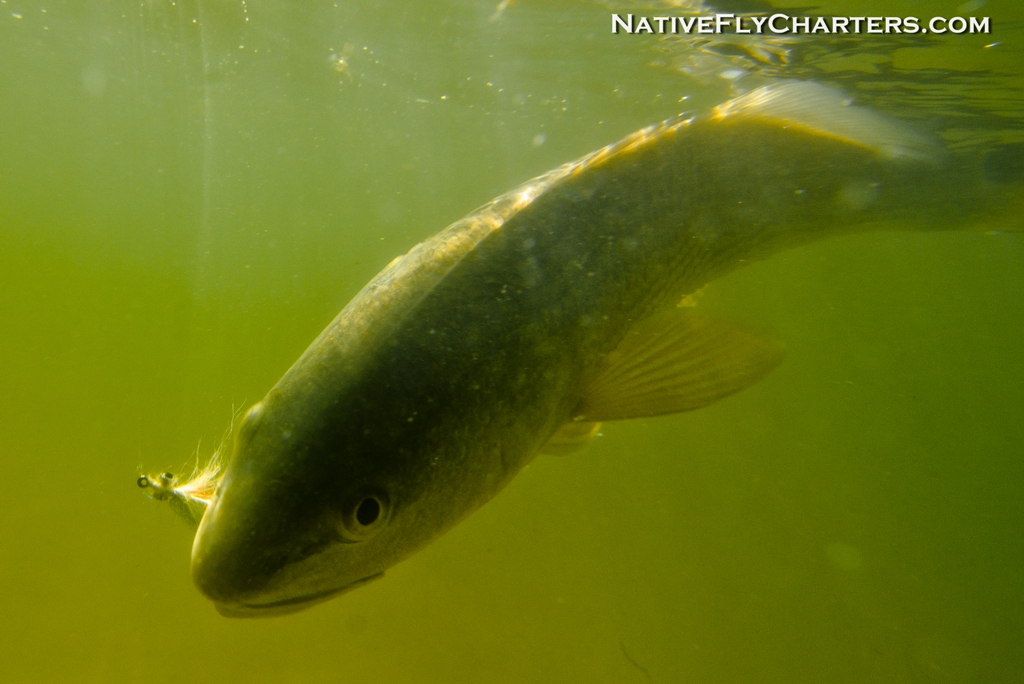 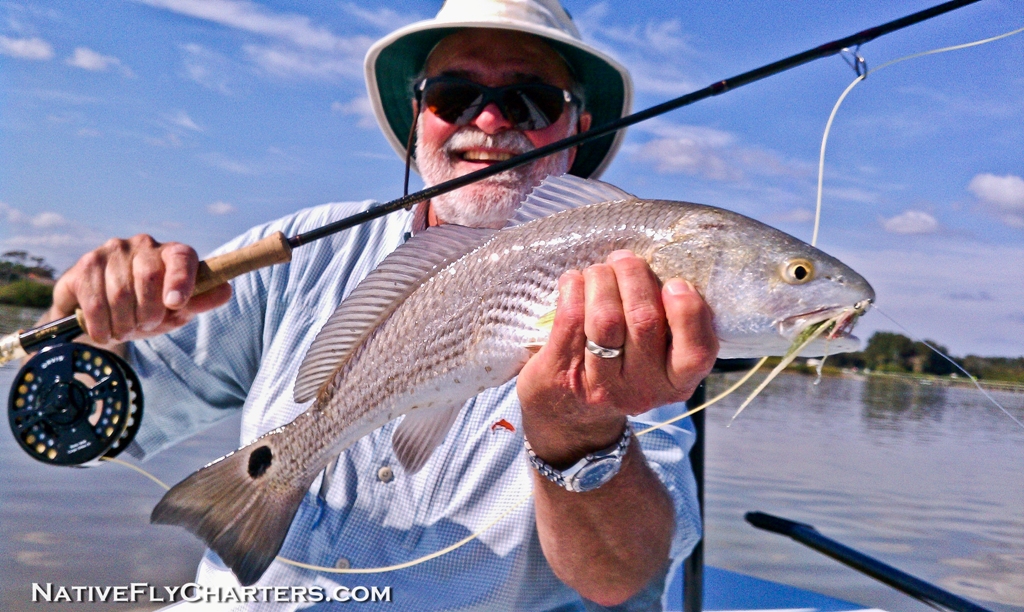 After a bunch more shots and spooky fish, the wind picked up which made it tough to get the fly in the right spot so we called it a great day and headed back to ramp.

Congrats Kent on your Redfish and I hope you enjoy the memories that these photographs will bring back to you!

This entry was posted in Fishing reports. Bookmark the permalink.