All 3 lagoons have been very productive this month. With the great weather we have been having so far, large Sea Trout and slot sized Reds have been plentiful on the shallow flats. Look for Trout laid up in sand holes and Redfish tailing along shallow grassy areas with deeper water near by. Topwater lures have been productive early in the mornings and soft plastics such as D.O.A. CAL jerkbaits and shadtails rigged on a 1/8 oz weedless hook worked best mid day.

Matt and Dylan joined me on their first trip to the Mosquito Lagoon last week, they both sight casted to and caught multiple Redfish each using D.O.A. Lures. They had a great start to the morning by getting a double hook up on a pod of tailing Redfish. 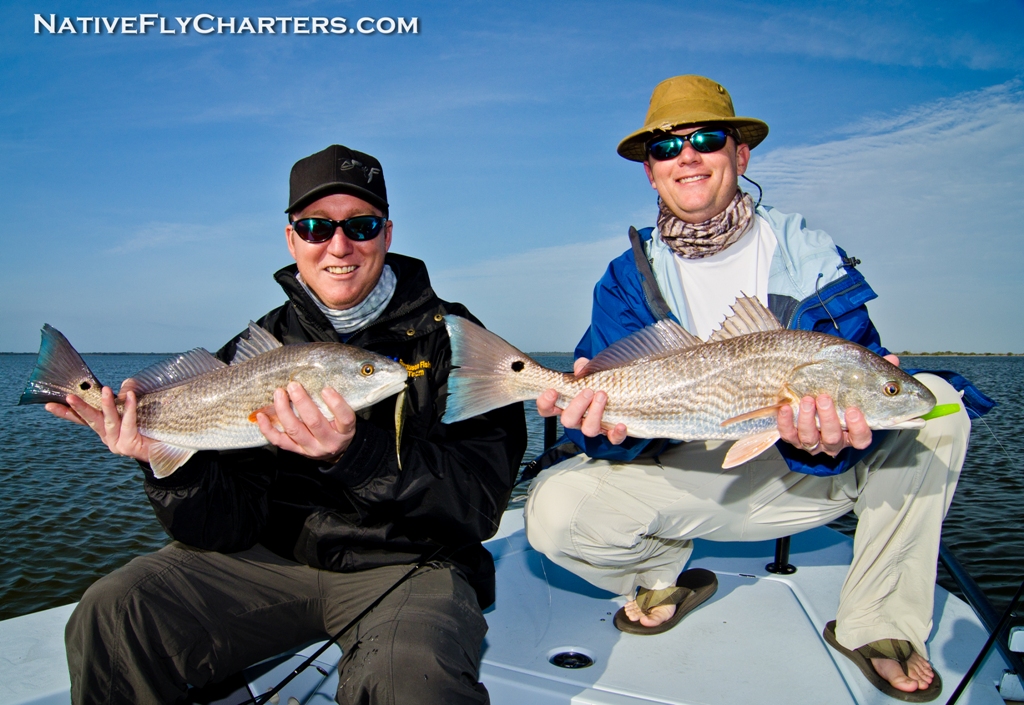 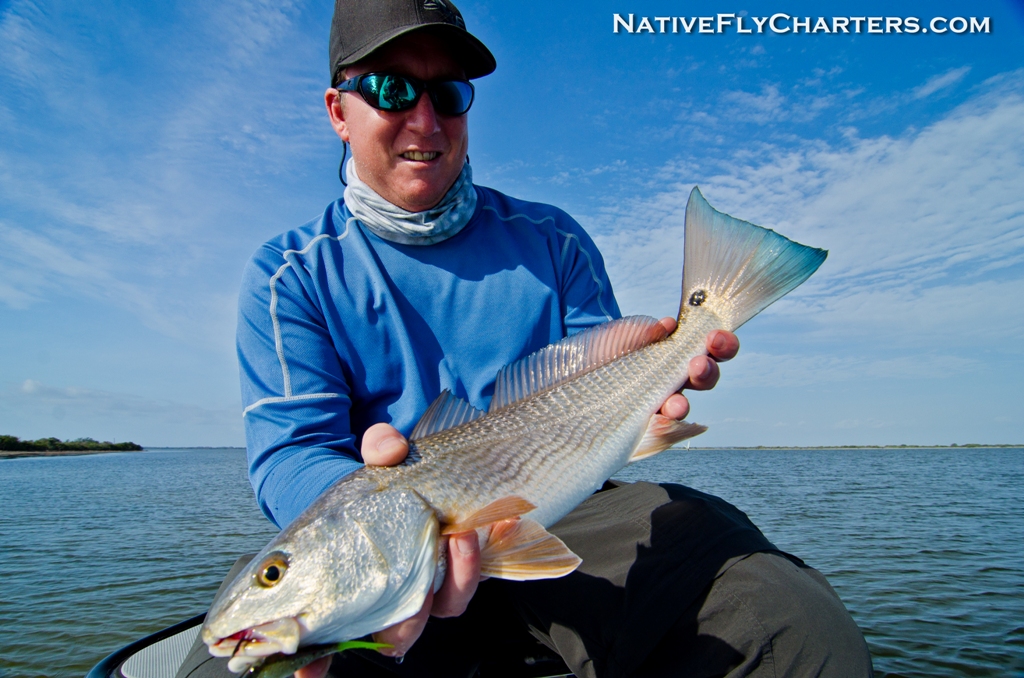 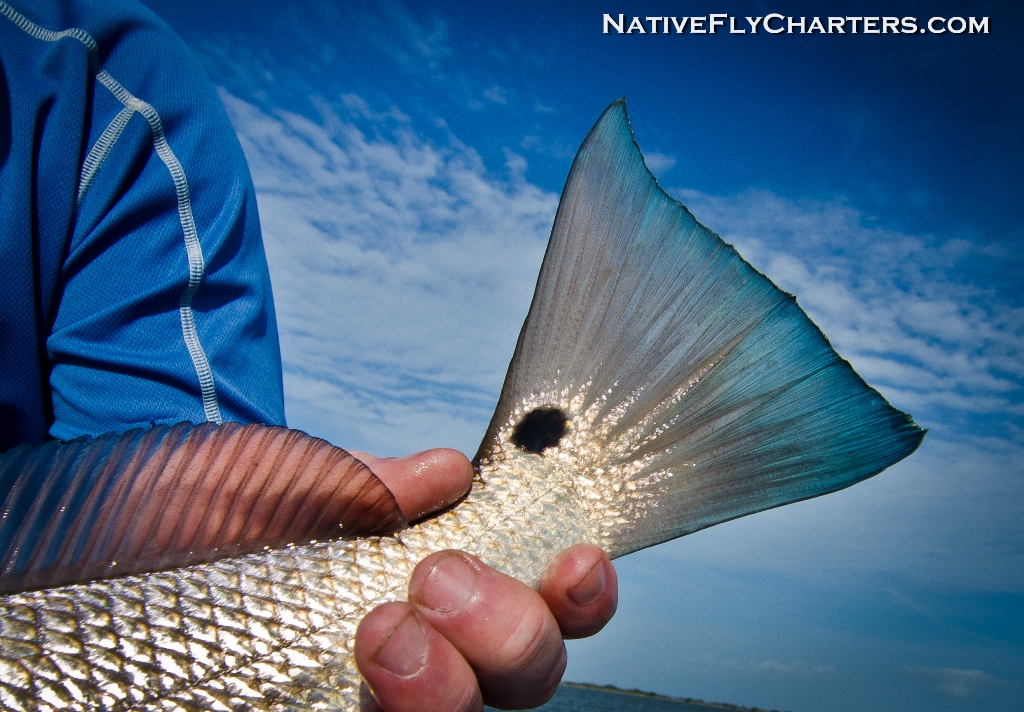 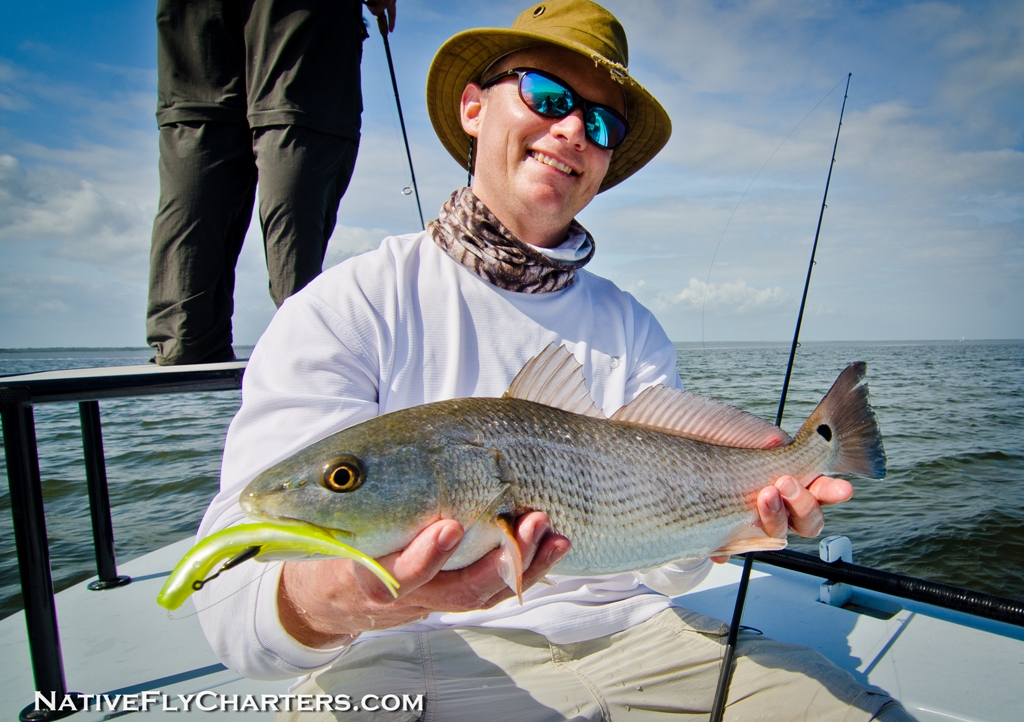 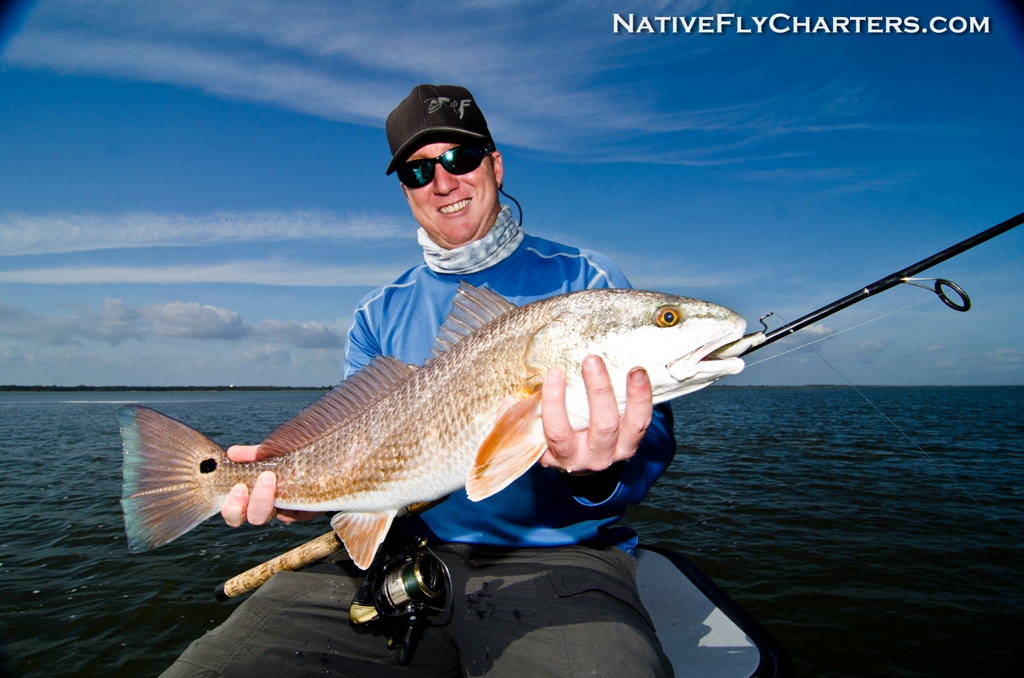 While Matt caught the biggest Redfish of the day, Dylan ended up catching the biggest Sea Trout to end the day. 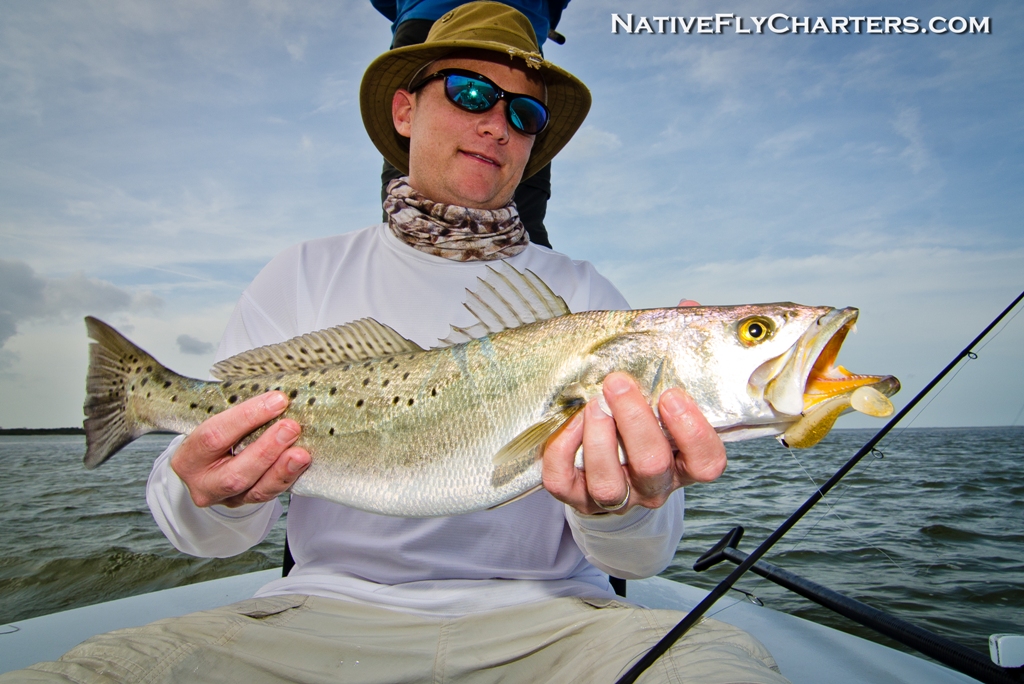 This past Thursday, Brent and Gordy from South Dakota joined me for a half day on the Indian River. With the 20-25mph winds, we were limited on what we could do, so we went to a deeper wind protected area, put the Wang Anchor down and both caught around 50-60 Sea Trout ranging from 15″ up to 22″ using D.O.A. CAL Shadtails on a 1/4 jighead. Towards the end of the trip, we pushed along a grass flat looking for Reds and Brent finished the day with his first ever Redfish. 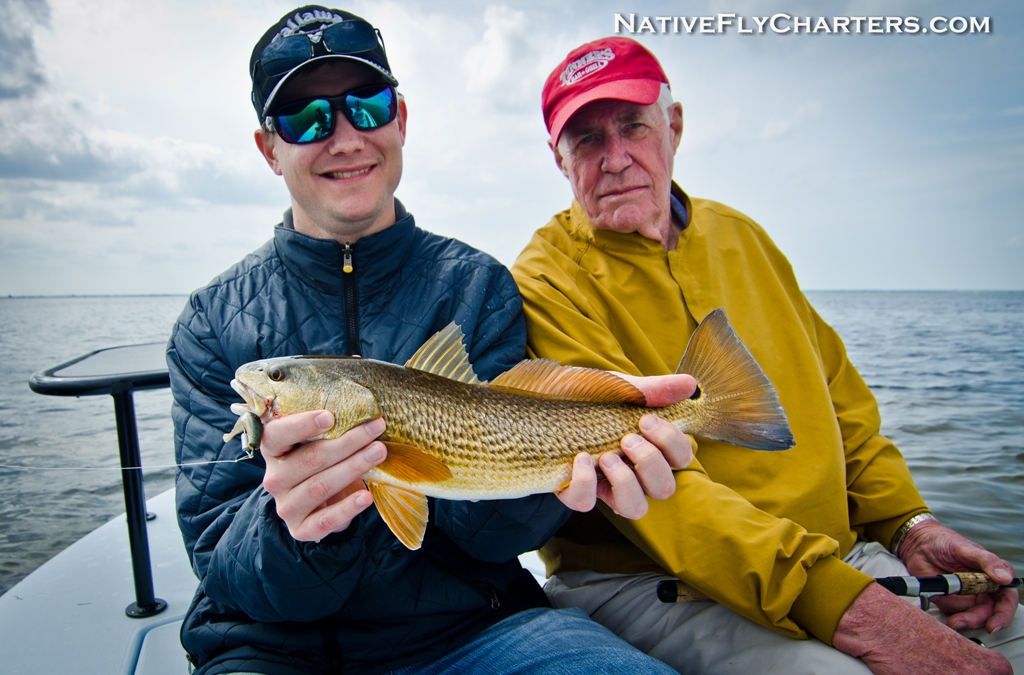 Hopefully the freezing temperatures that’s heading our way, does not affect the fishing too badly. When things heat back up, the fishing should do the same.