Same story as last months report, the Redfish in the Mosquito Lagoon are happily tailing and schooled up in good numbers and some good size Sea Trout have been laid up in sand holes and along the deep edges of flats that hold mullet. D.O.A. CAL Shadtails in any color have been working great for both species while the D.O.A. Baitbuster has been catching in the mornings.

Blair Wiggins of Addictive Fishing joined me on the water for a couple days to hang out and do some fishing in our home waters. We got into a bunch of Tailing Redfish in the Mosquito Lagoon as well as some over slot fish in some areas. 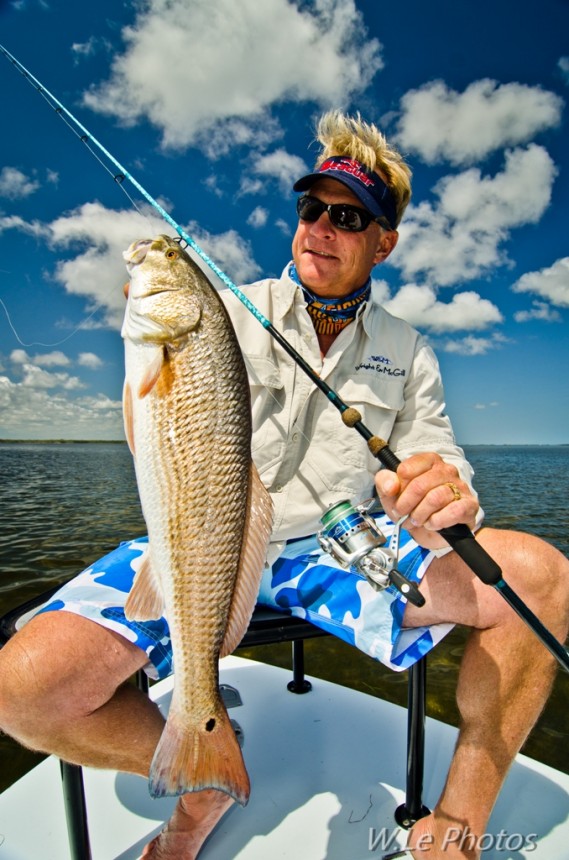 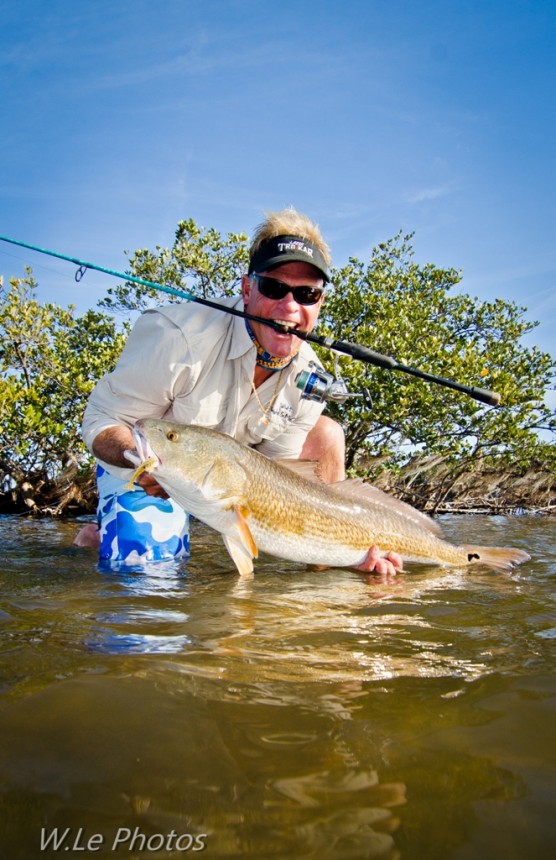 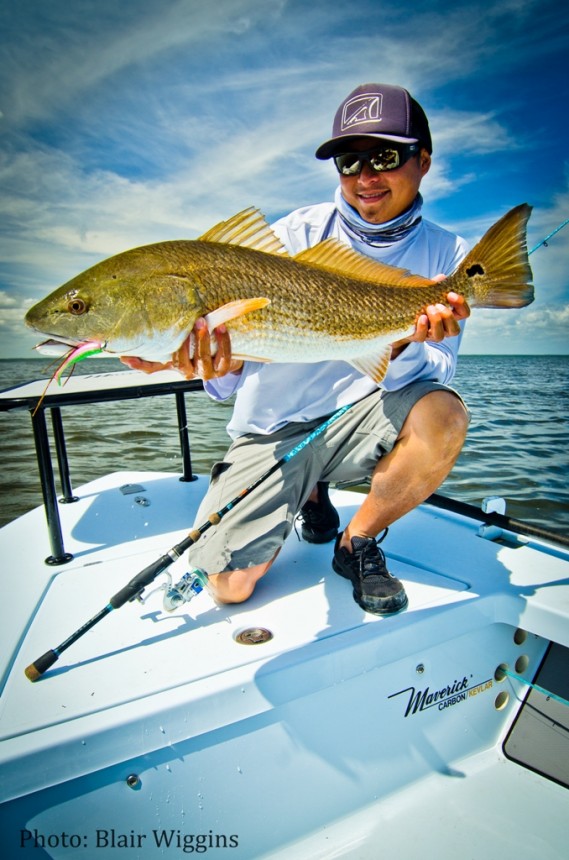 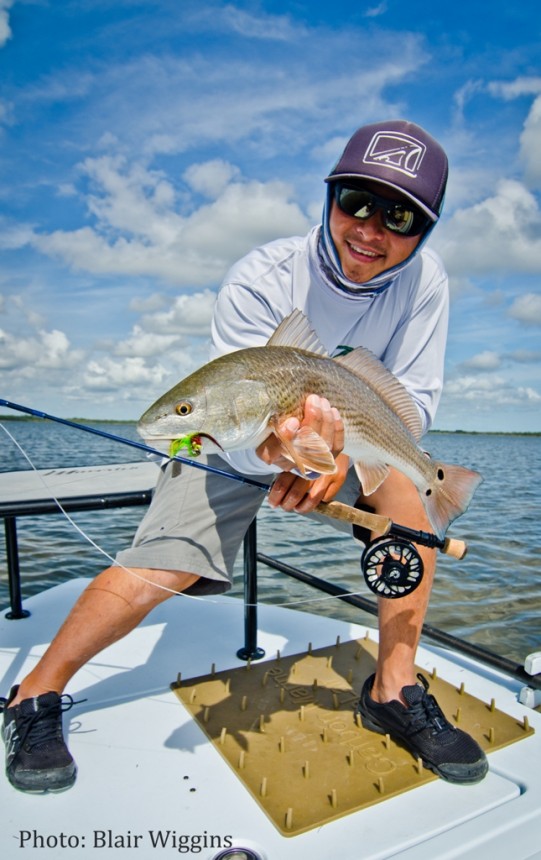 Last Sunday, Cory and Mike were aboard the Maverick to target some Redfish and Trout in the Mosquito Lagoon. This was Mike first trip to the Lagoon and he enjoyed every minute of it. They both had numerous shots at tailing Reds hooking into a few but not quite sealing the deal. They did however manage to sight fish and land a bunch of Trout that were laid up in sand holes using a D.O.A ‘s. 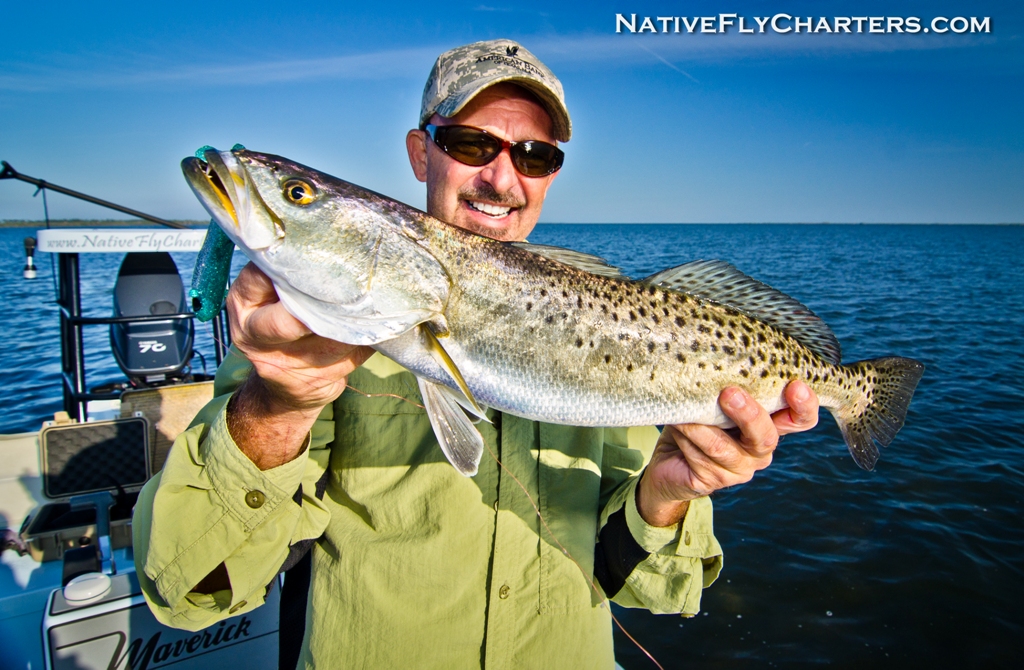 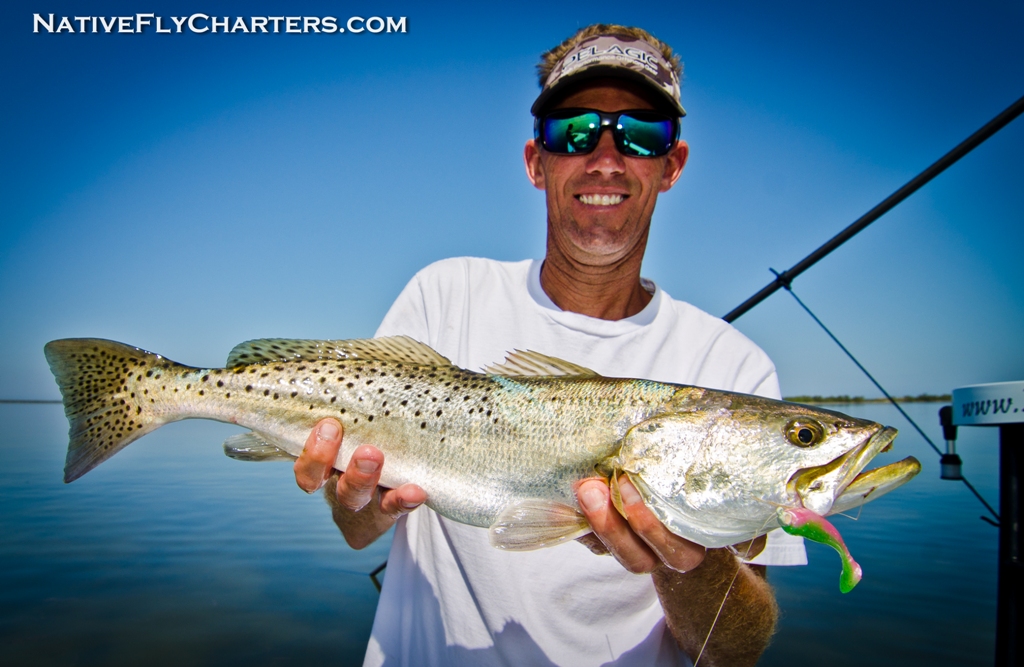 Monday, Rick and Tom were in town for some Mosquito Lagoon fly fishing. They both had some perfect shots at tailing and schooled up fish but for some reason, the fish were not wanting to eat the fly this day. They did get a few to chase the fly down and eat, but never came tight. Rick and Tom did manage to get a few on spin early that morning while we waited for the sun to come up in order to sight fish with the fly rods. 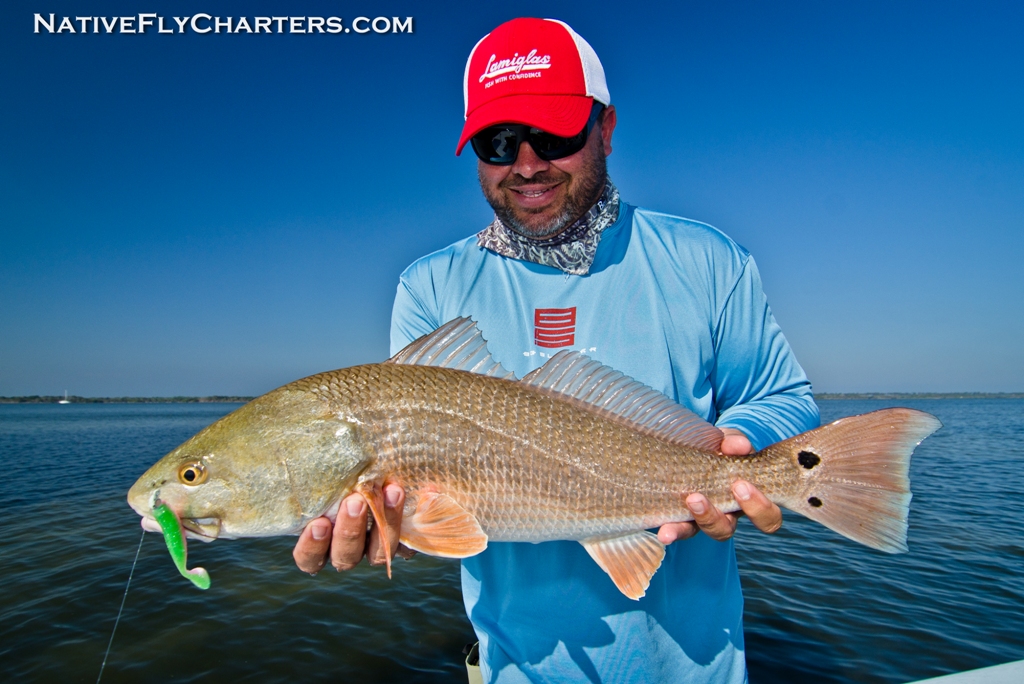 Wednesday, Sergio Diaz from Long Island, NY came back to try and get his first Redfish on fly. He got some with the spin rod last year but couldn’t get them to eat a fly. This year was different, he caught about 4 fish with D.O.A.’s first thing in the morning then fished the rest of the half day with the fly rod. After about a dozen great shots on fly, Sergio finally got his first Redfish on fly! It wasn’t a big one, but it was a redfish! He ended up catching 2 on fly this day and 4 with the spin rod. 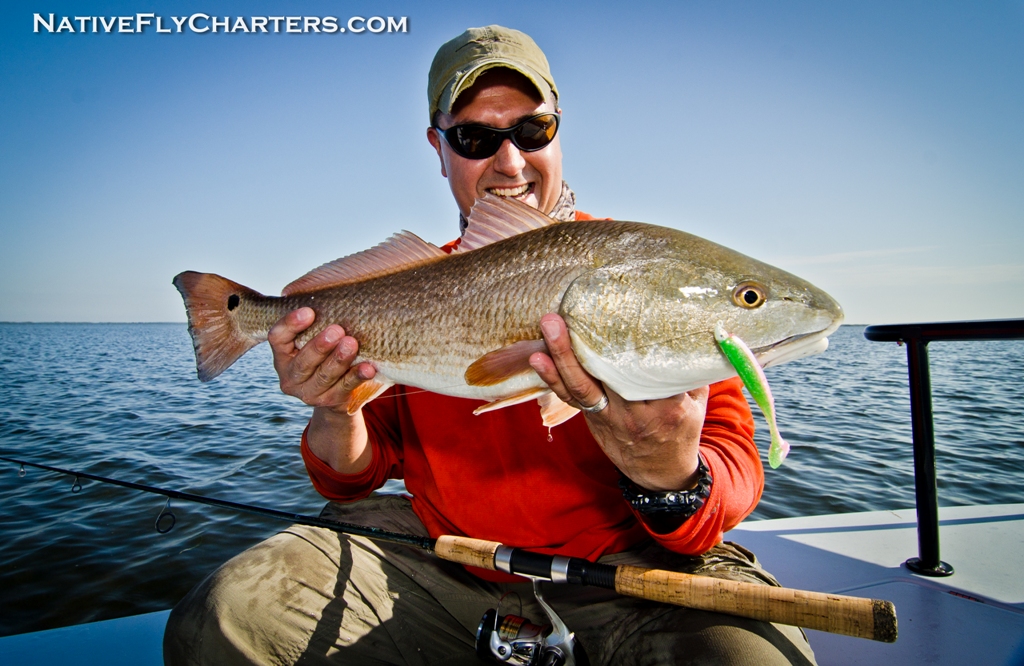 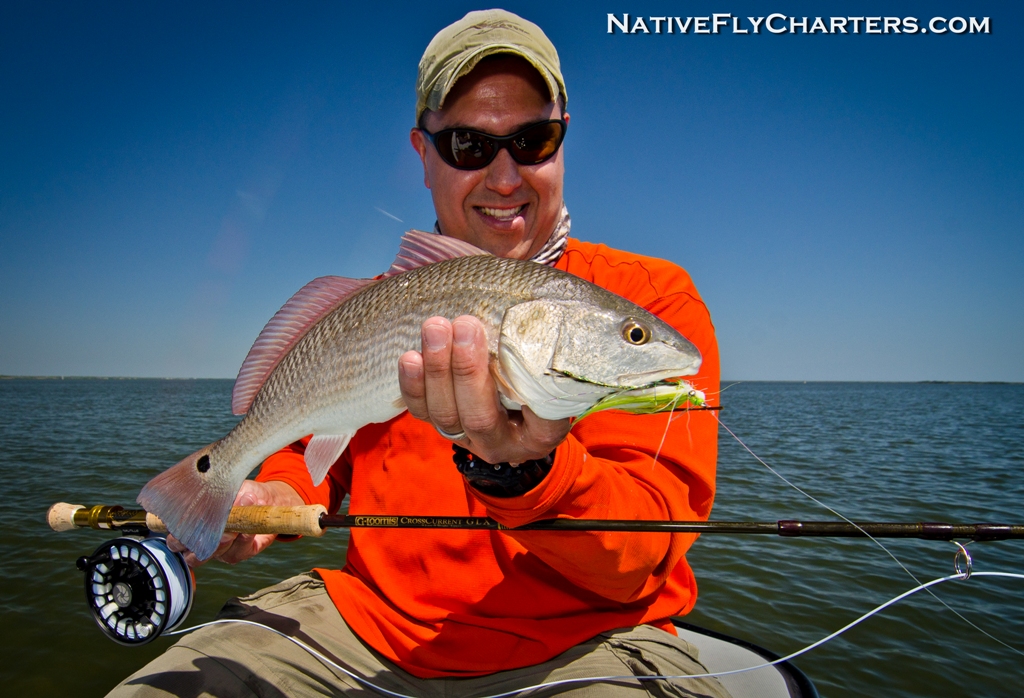 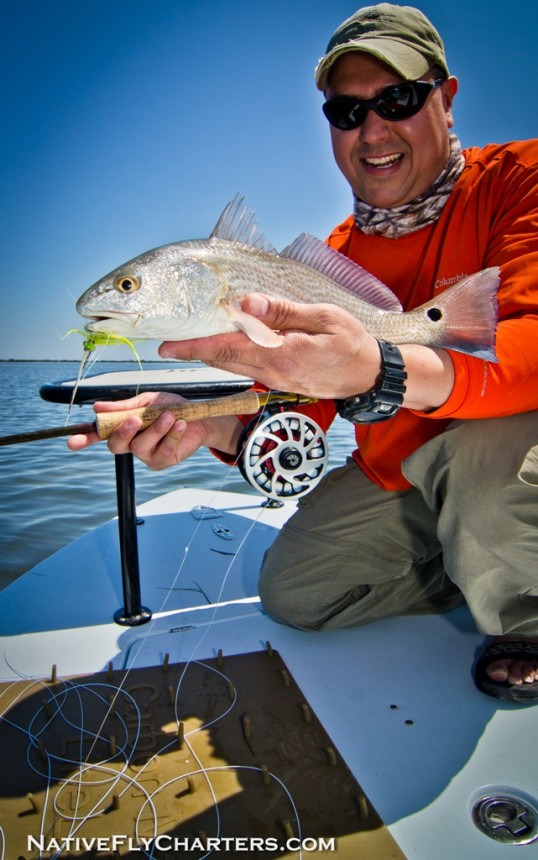 Cobia fishing has been slow for the past couple of weeks, but we should be expecting another push of them coming soon! Pogies have now shown up on the beaches so Tarpon, Sharks, Kingfish, and Big Jack Crevalle will be crashing on them soon.

There are some Cobia out there to be caught but they are not out on big numbers yet like they were about this time last year. The couple days that we were able to get out, we only saw and caught a few. Here’s Bobby with a little fella caught on a D.O.A. Swimmin’ Mullet. 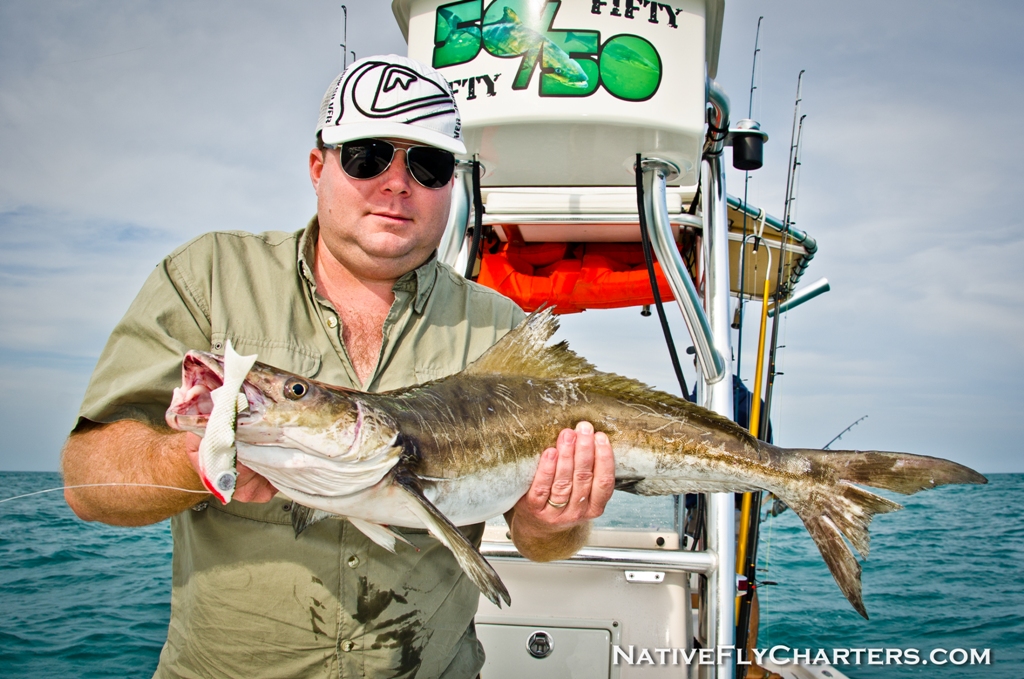 And I got some supper for a couple weeks. 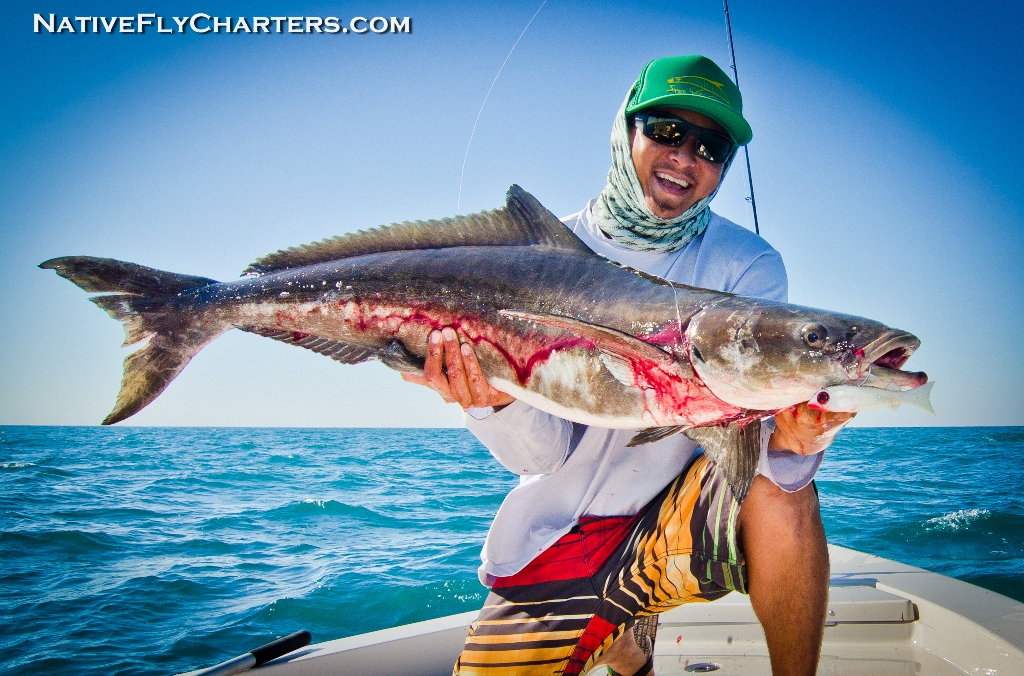