Happy New Year everyone! I guess the world did not end in December 2012, which means we are stuck on this beautiful Earth to enjoy more memorable days of fishing….DARN!

Fishing in the Mosquito Lagoon/Indian River has been hit or miss. The crazy weather pattern that we’ve been experiencing with 80 degree temps one day and a high of 45 degrees the next, then back to 80 and so on. If this pattern didn’t get Floridians out of whack, it sure did get the fish acting all crazy.

My week of being on the water consisted of a ton of fish schooled up and happy one day, then gone the next. If temperatures decide to stay consistent for at least a week, then the fish should be more predictable and make the lives of guides and anglers a lot easier. But what’s the fun in that?

Well, when the fishing is good, you can find Redfish schooled up in big numbers on the flats, some trophy sized “Gator” Trout laid up in shallow sandy areas, and some small pods of Black Drum roaming around.

Mark Wolaver who is a great caster and knows how to feed fish on the fly rod joined me for a great day of redfishing in the Mosquito Lagoon.  This was one of the better days to be on the water with blue bird skies, light winds, and happy fish. 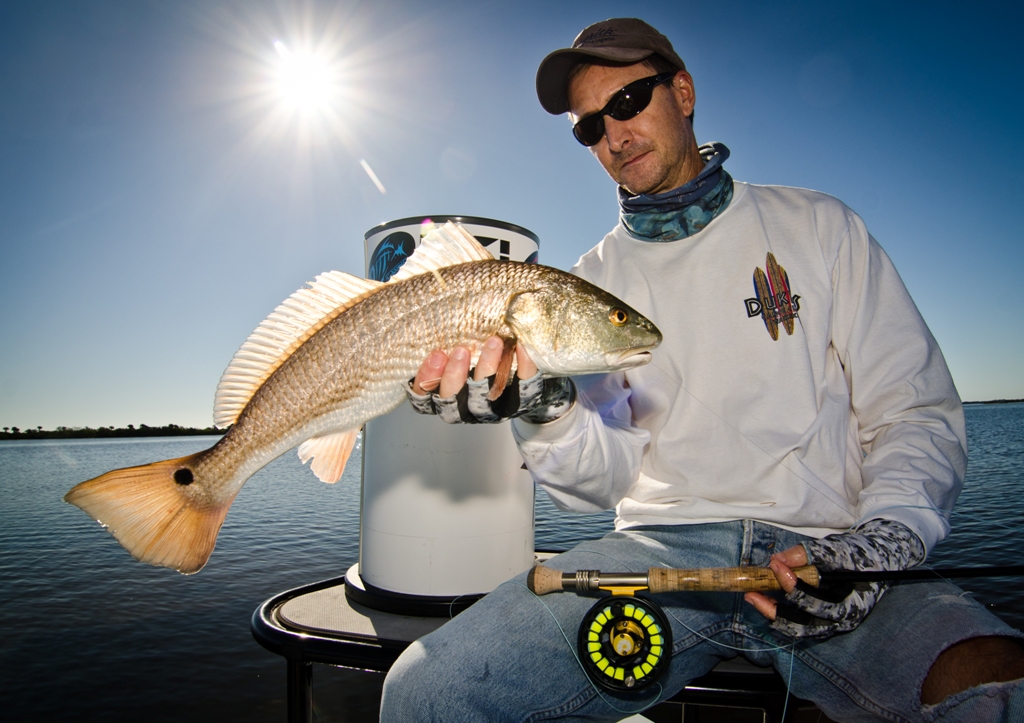 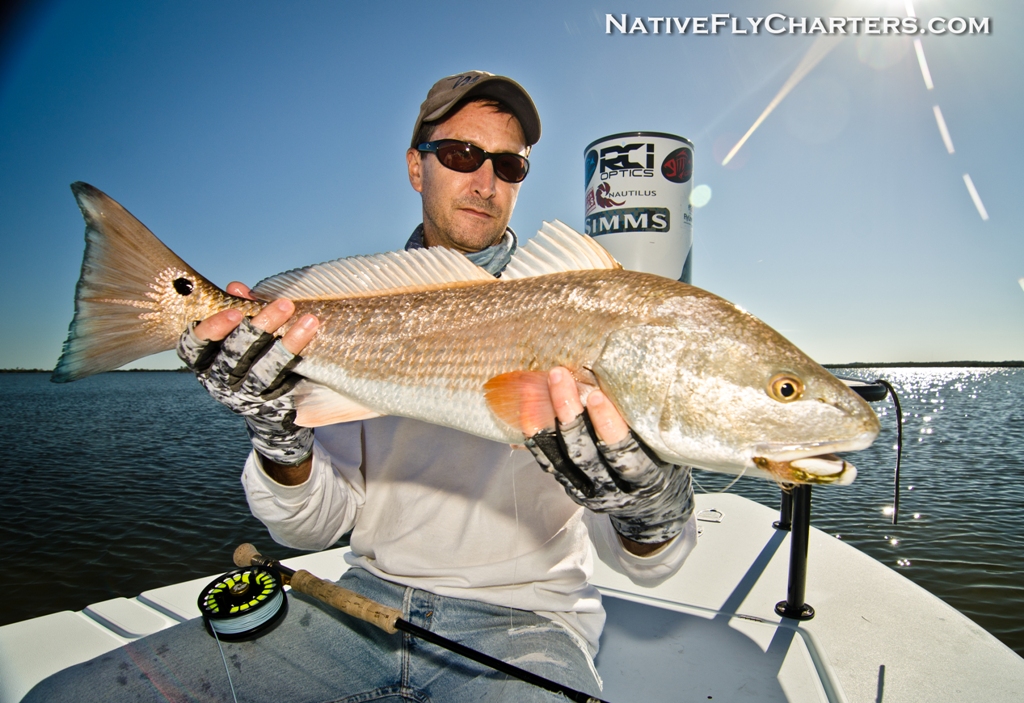 Buck and Jim were the lucky ones to have their trip fall on the coldest day of the year. The thermometer in my truck when I arrived at the Mosquito Lagoon ramp read “ICE”, which was the next level below 37 degrees. This was one of the slower days where fish were scattered and far in between, but they managed to catch a few redfish on D.O.A. Shadtails. 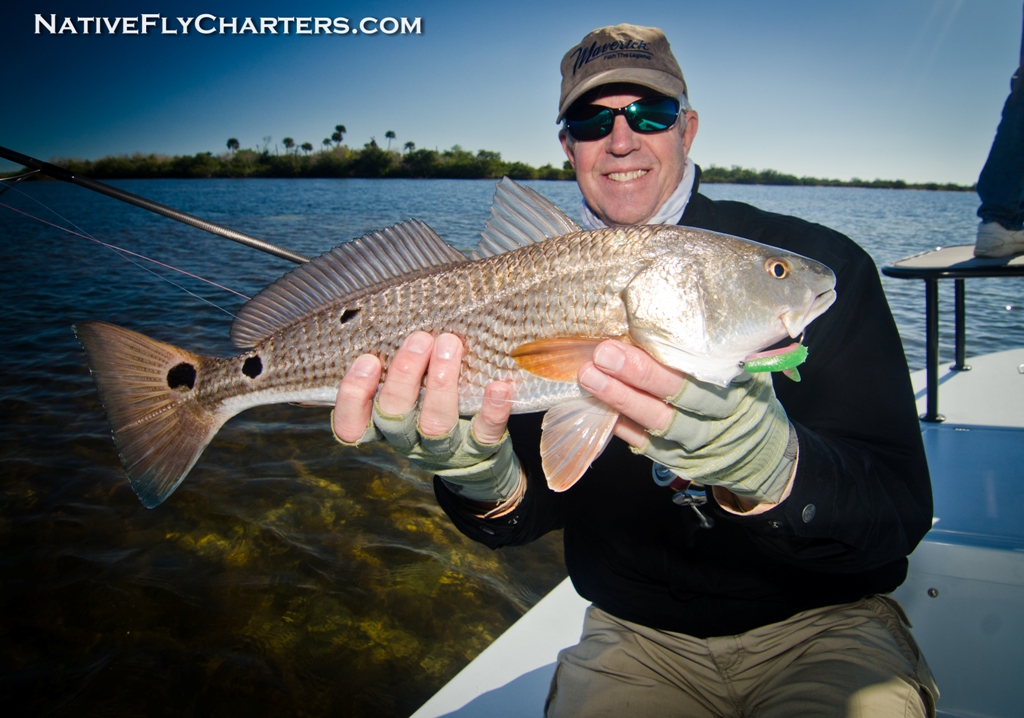 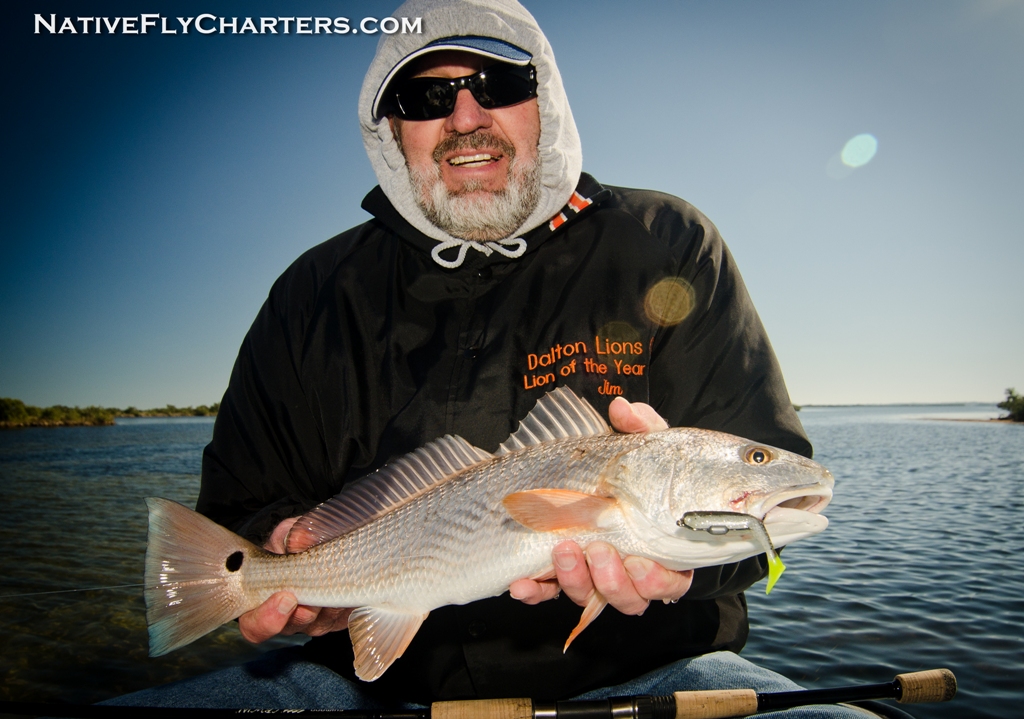 Paul Casserly from Boston, Mass came down for some Mosquito Lagoon action. Plan was to catch his first redfish on spin tackle to break the ice, then switch to the fly rod the rest of the day to try his luck. Well, conditions were still cold and fish were still scattered from the previous cold front. Paul did get his first redfish on the spinning rod but had a few shots with the fly rod afterwards with no luck. Paul will be back for revenge one day. 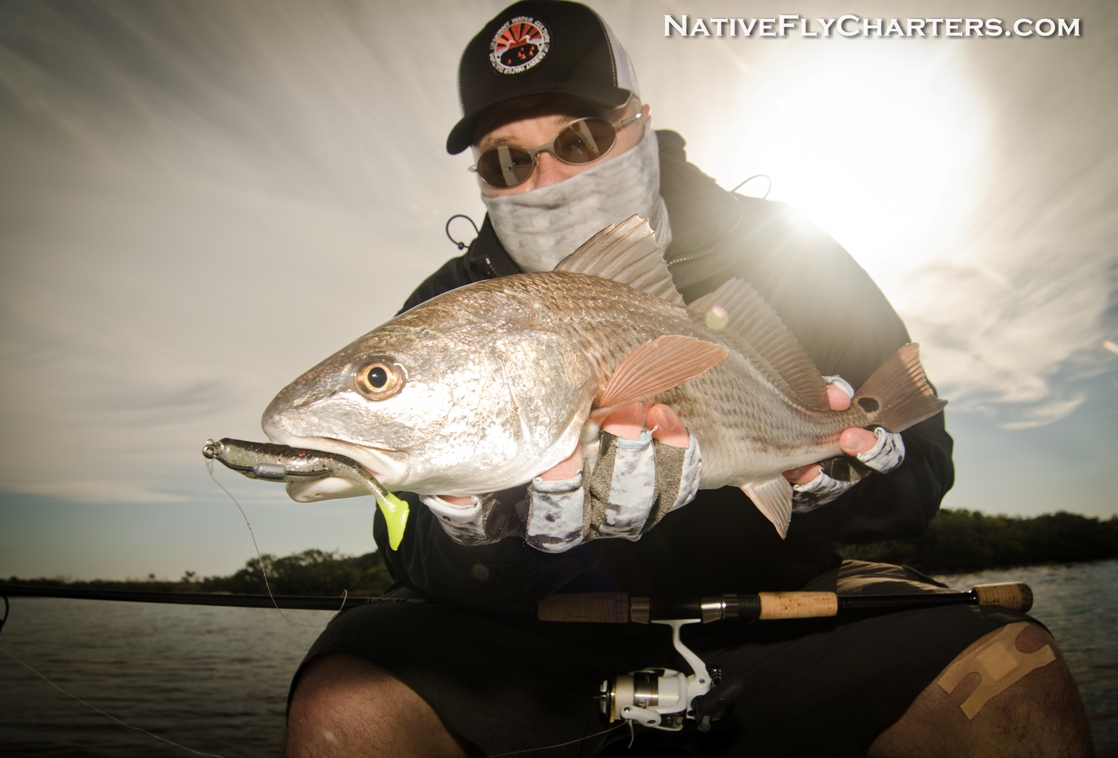 Tim Creasy came down from Kentucky during the holidays and has planned to fish the Mosquito Lagoon with me for a couple years now. The weather on this day was not so good. 25-30mph winds with a 70% chance of rain and storms. Instead of canceling the trip and Tim being bummed out that he didn’t get to fish while he was vacationing in Orlando, I opted to take him into some small wind protected creeks in the Indian River Lagoon to try our luck on Snook and Tarpon.

Tim ended up catching a couple Snook, jumping a few small Tarpon, a couple jack crevalle, and ladyfish all on fly. We turned what would have been a cancellation into a fun day of catching mini species…..he now can scratch Snook off of his list of fish to catch(almost scratched Tarpon off the list but you know how it goes.) 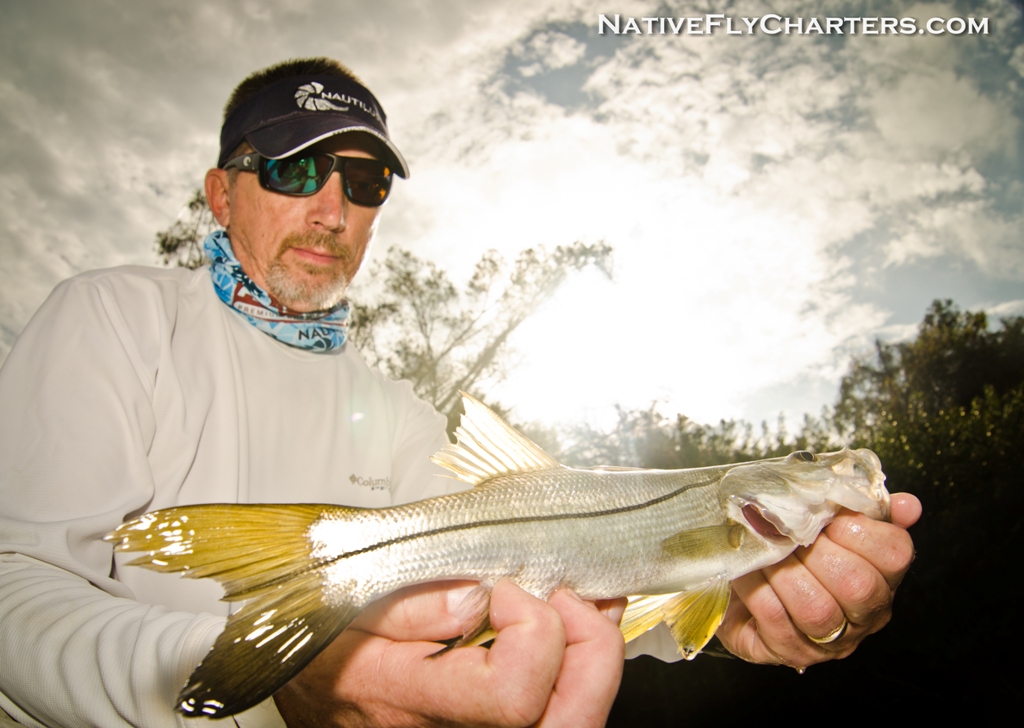 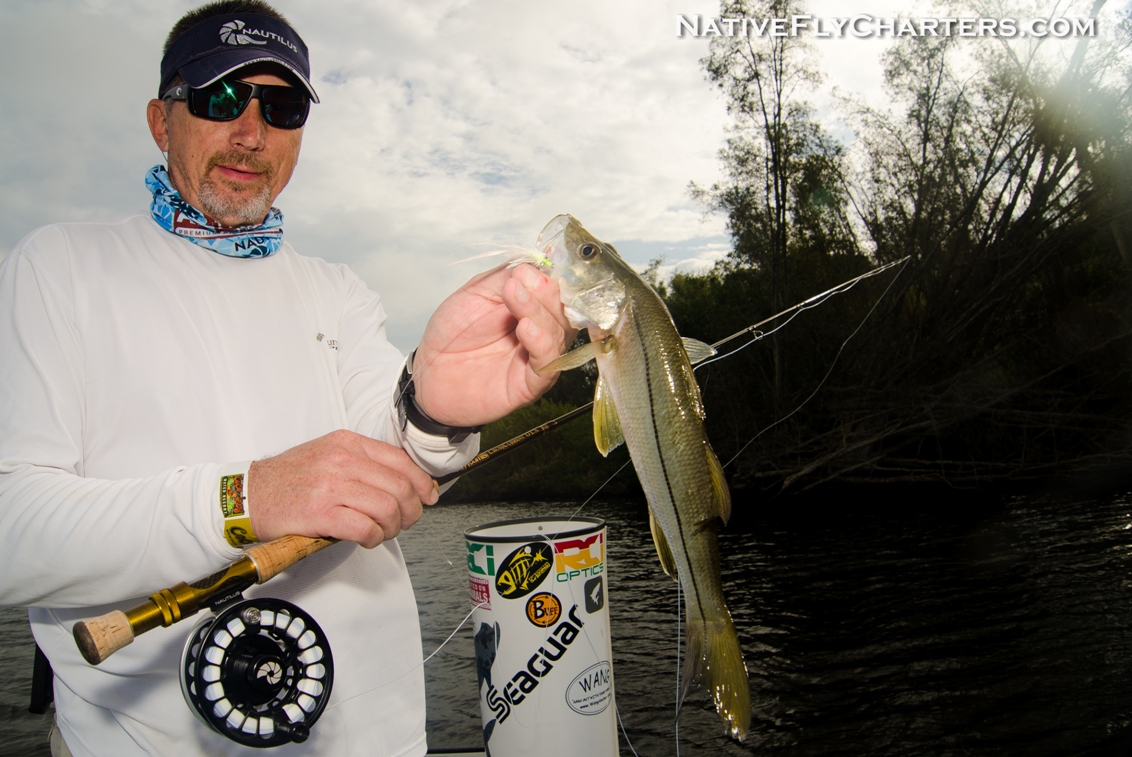 On New Years day I had a last minute cancellation. I decided to head out solo on a scouting mission for a trip the following day. I forgot how nice it was to get out on the water alone, everything seemed to happen in slow motion and I was enjoying every second of it. I had no worries, no pressure, no rush, just enjoying doing what I love. I found fish, caught a few, but most of the time I was just memorized by all the wildlife and everything happening around me while poling the skiff peacefully down the shoreline. 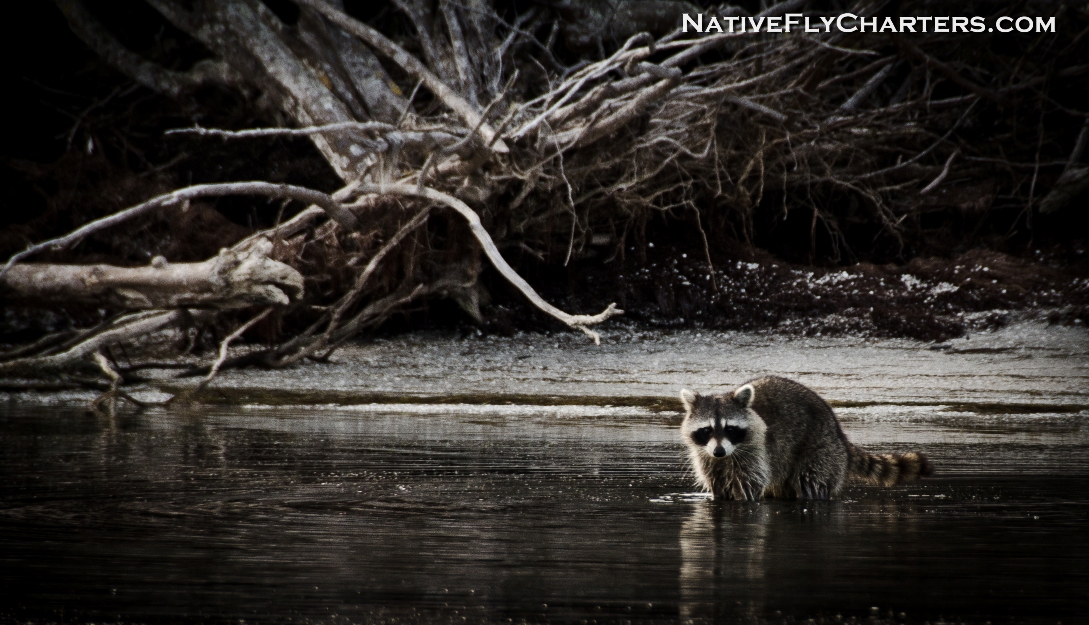 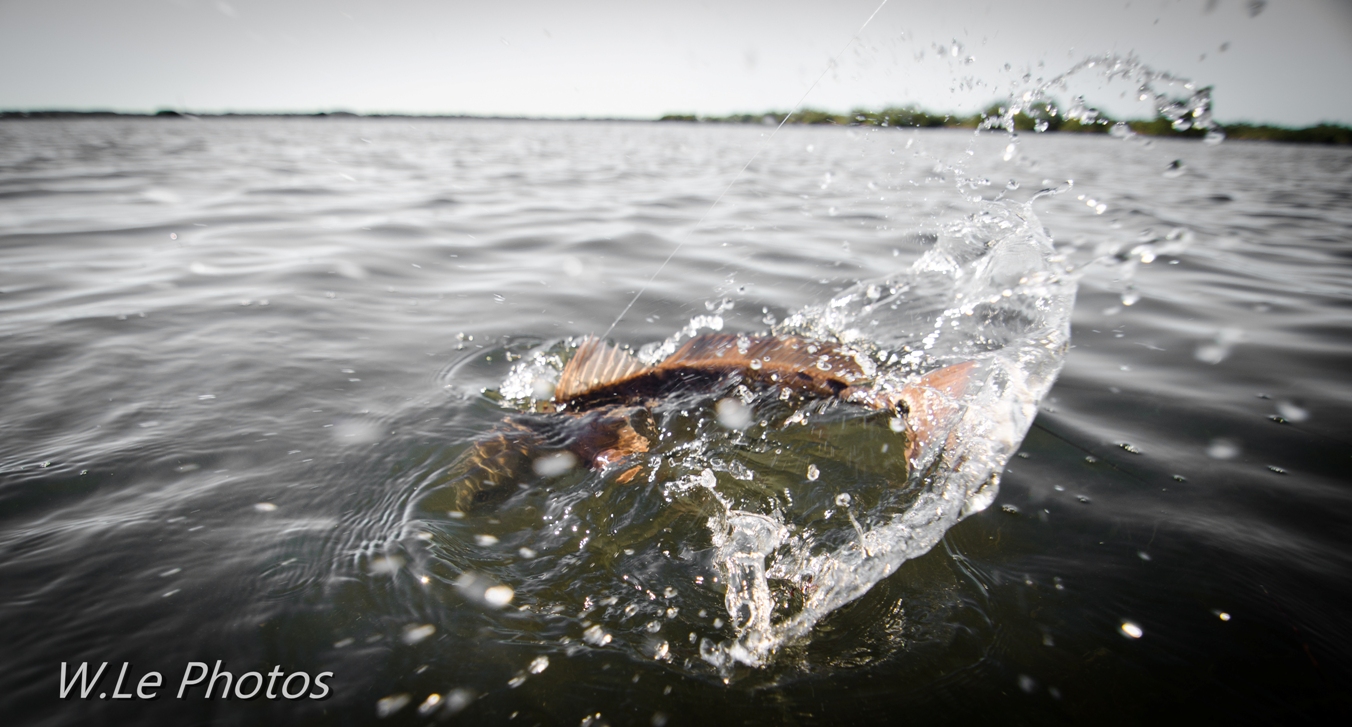 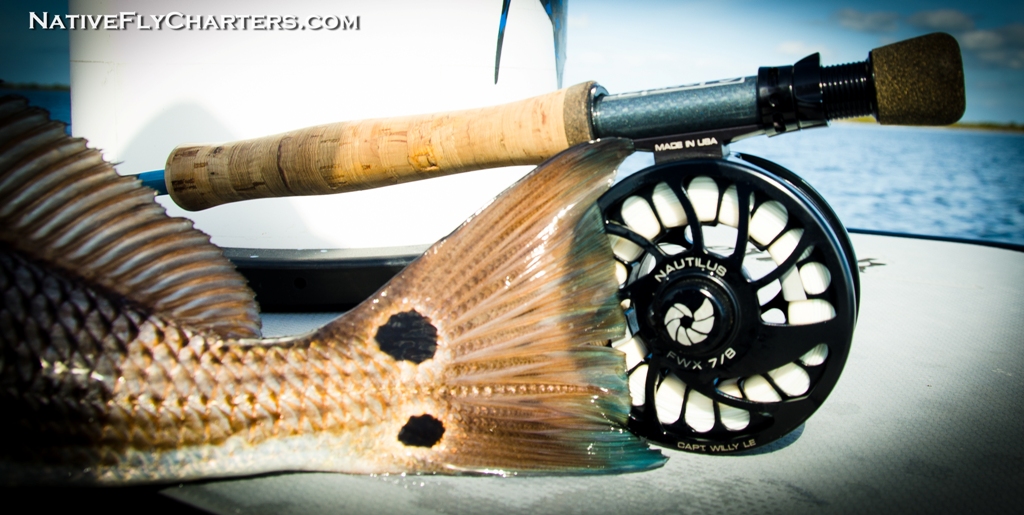 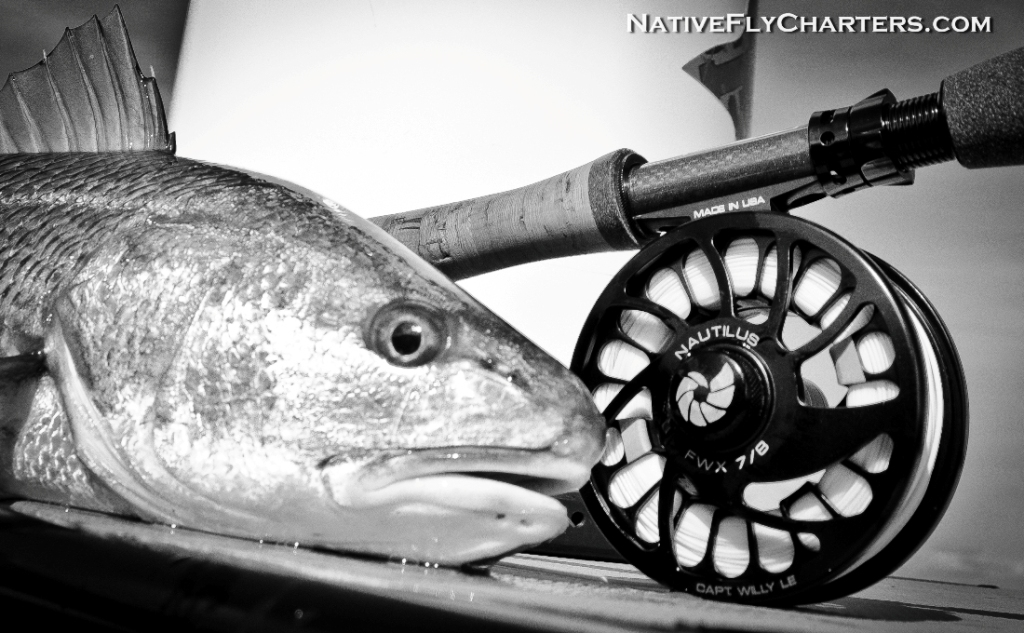 John Kelly is an avid fly fisherman from Connecticut(now lives in South Florida) that fished a lot of places around the world. He’s caught Stripers, big Bluefin Tuna, Roosterfish, bonefish, Tarpon, Snook, and even Marlin on fly but has never caught a Redfish….until now. John learned that you have to be more patient with tailing Redfish than any other fish. When they tail, you have more time to think than if you were casting at a cruising fish. I had John wait until we got at least 40-45ft from the fish before making a cast, then I had him watch the fish for a minute to see what direction it was facing, once he knew where he wanted to place the fly, take a deep breath, relax, and make the cast. When the fly landed at the perfect spot, a couple twitches of the fly and BAM, John was hooked up to his first Redfish ever! After the first fish, John was catching tailing Redfish left and right.

John also had shots at some monster laid up “Gator” Trout, but feeding these fish are extremely tough, they are as spooky, if not spookier than Islamorada Bonefish. Getting them to eat is a challenge, which makes them even more rewarding to catch on fly…if the stars align. 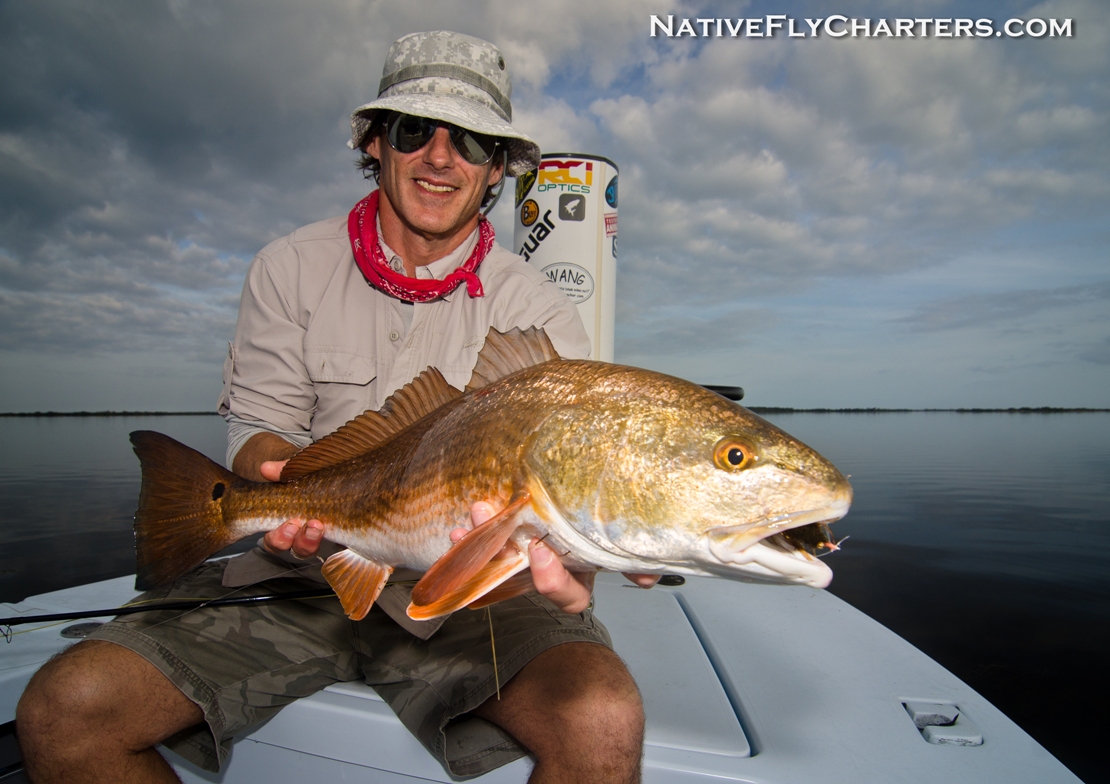 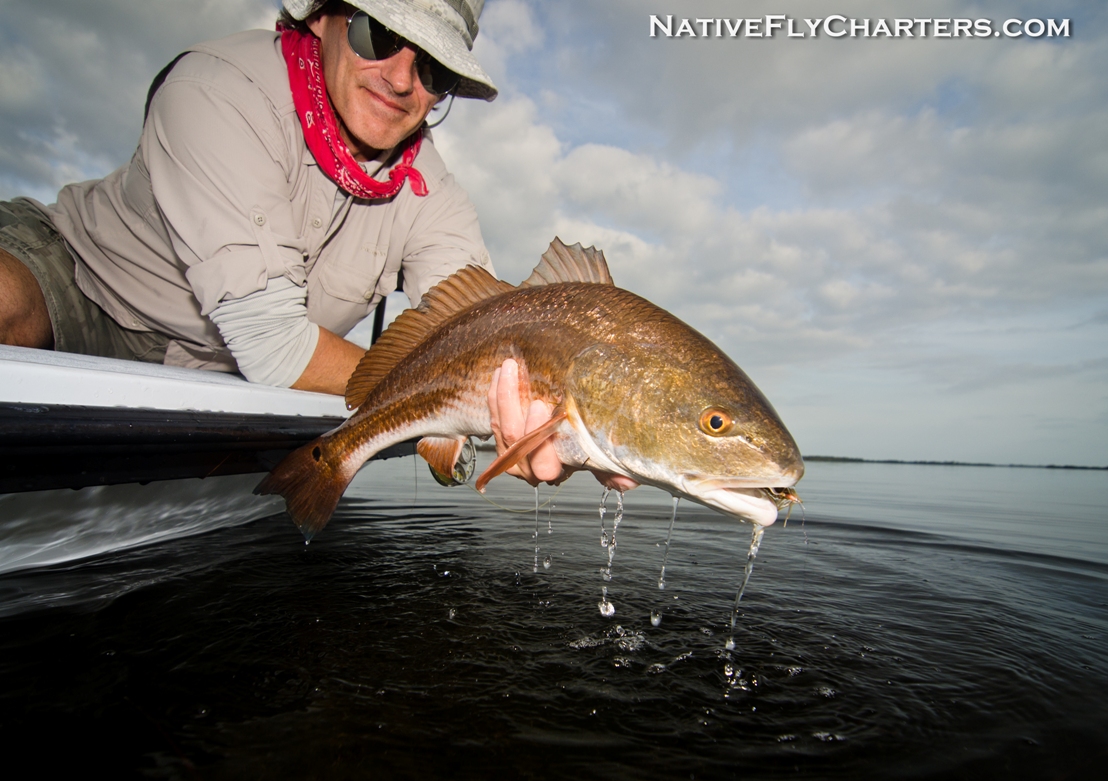 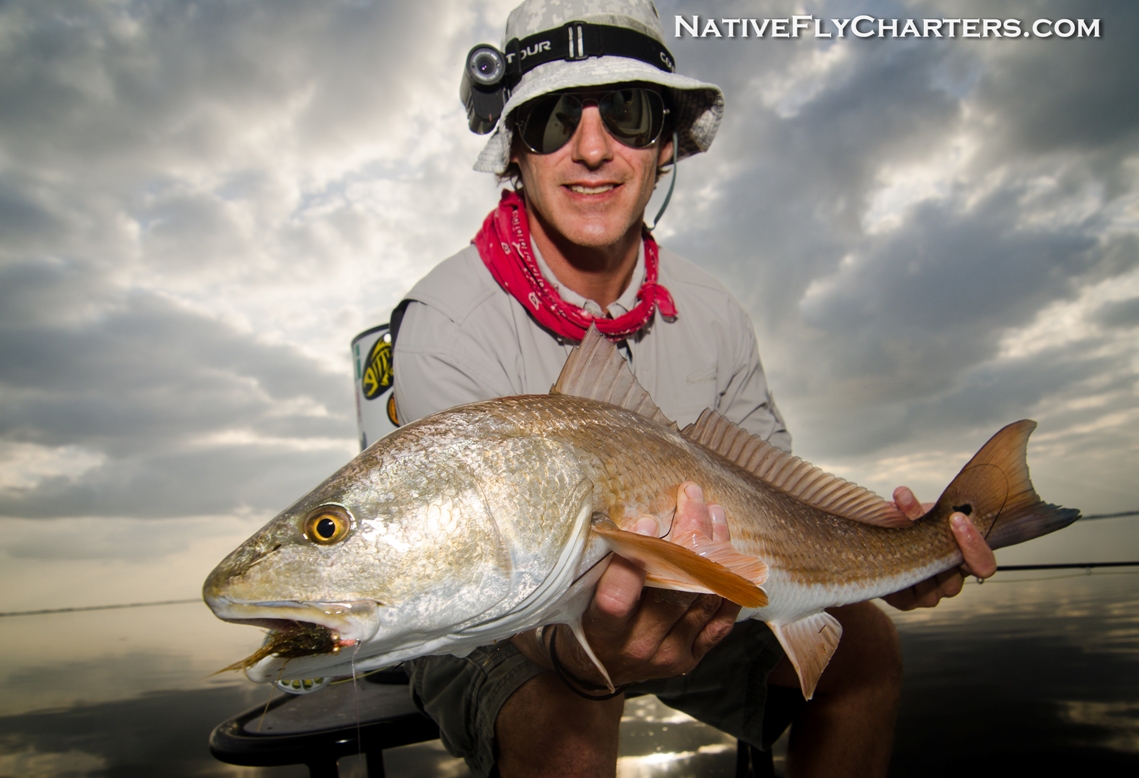 I wish everyone a Happy New Year and great fishing for 2013! 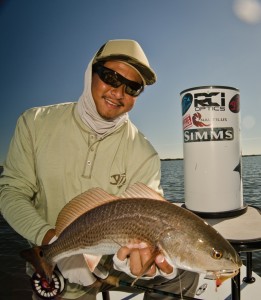