You can definitely expect some good fishing for May in all 3 Lagoons. Finger mullet and glass minnows are now loaded up on the flats and firing up the fish that feed on them, which means good topwater action! Redfish, Snook, Trout, Jacks, Lady fish, and even Tarpon can be found around these baitfish depending where you are.

Speaking of Tarpon, they should be showing up off the beaches and in the river system in big numbers this month. Once the pogies start balling up in the surf and just past the breakers, Tarpon will not be far away. The tarpon that I have been focusing on lately are the backcountry tarpon here on the Space Coast. They do not run as big as the ocean fish, but big enough to make you grunt while fighting them on a 10wt fly rod. They average anywhere from 20-50lbs with some bigger ones in the mix. Catching these fish on fly is not an easy task, but I figured out how by learning a few tricks from Tarpon fishing in other parts of the state which seems to work well here.

Here’s a video of a few Tarpon I got while by myself after hours of switching techniques and flies to see what these fish like. 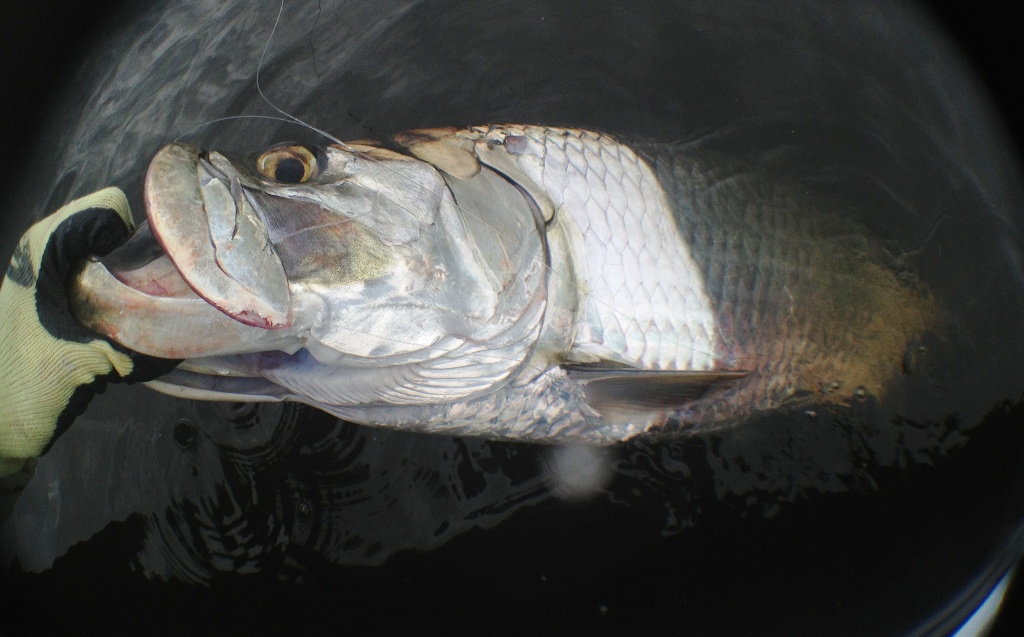 While on the topic of Tarpon, here are some photos of a recent trip down in South Florida fishing with my buddies Capt. Honson Lau and Capt. Jeremy Alderman of www.purpleisleflyfishing.com 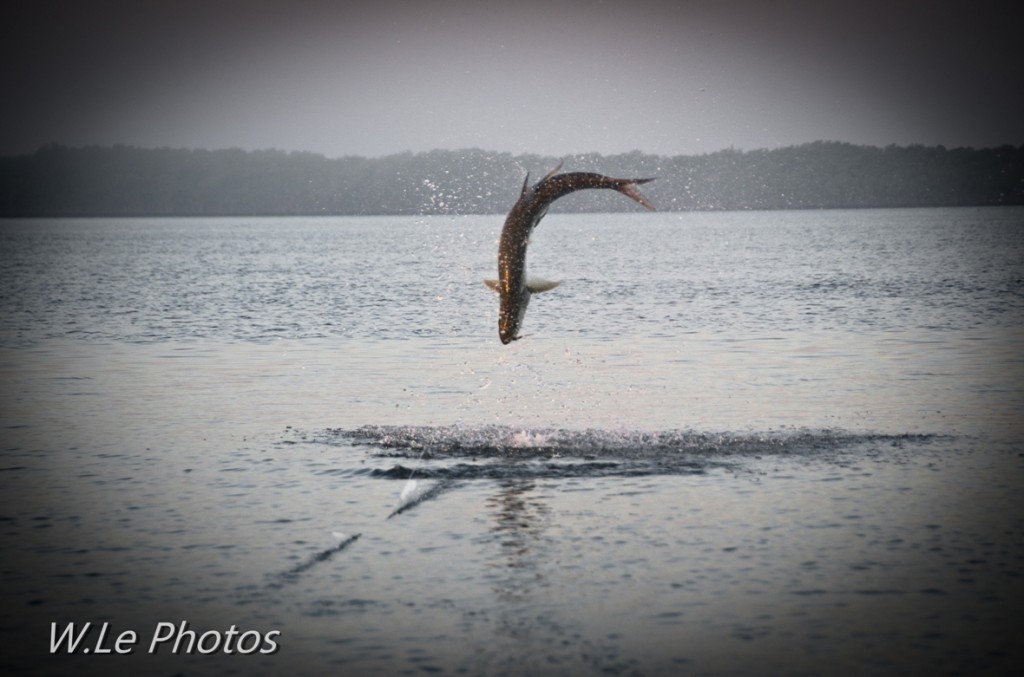 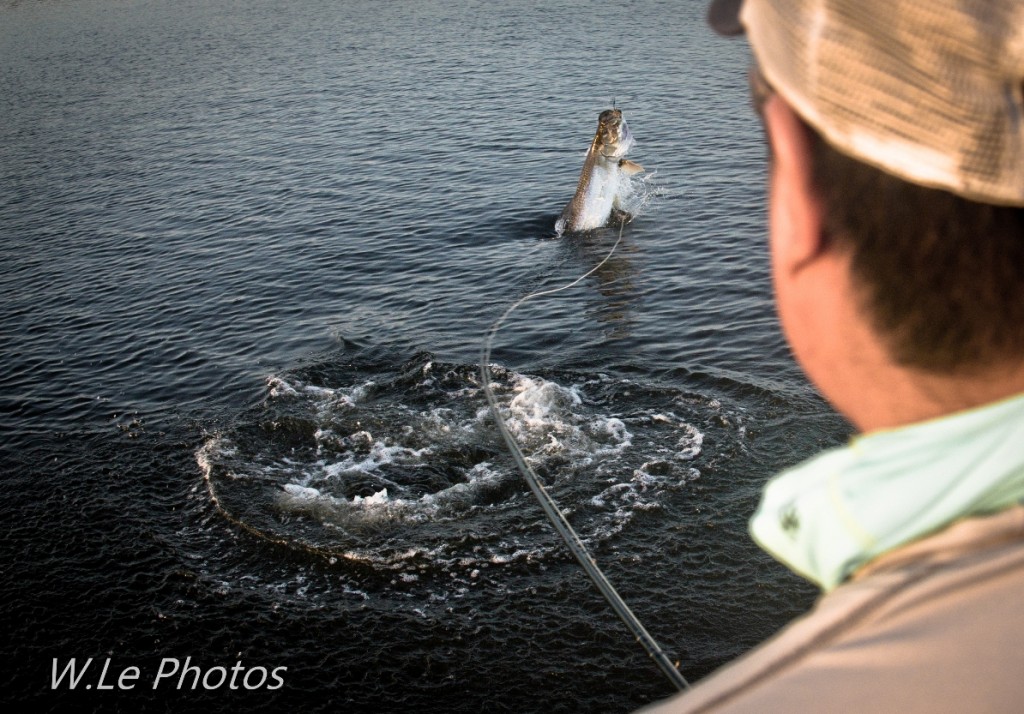 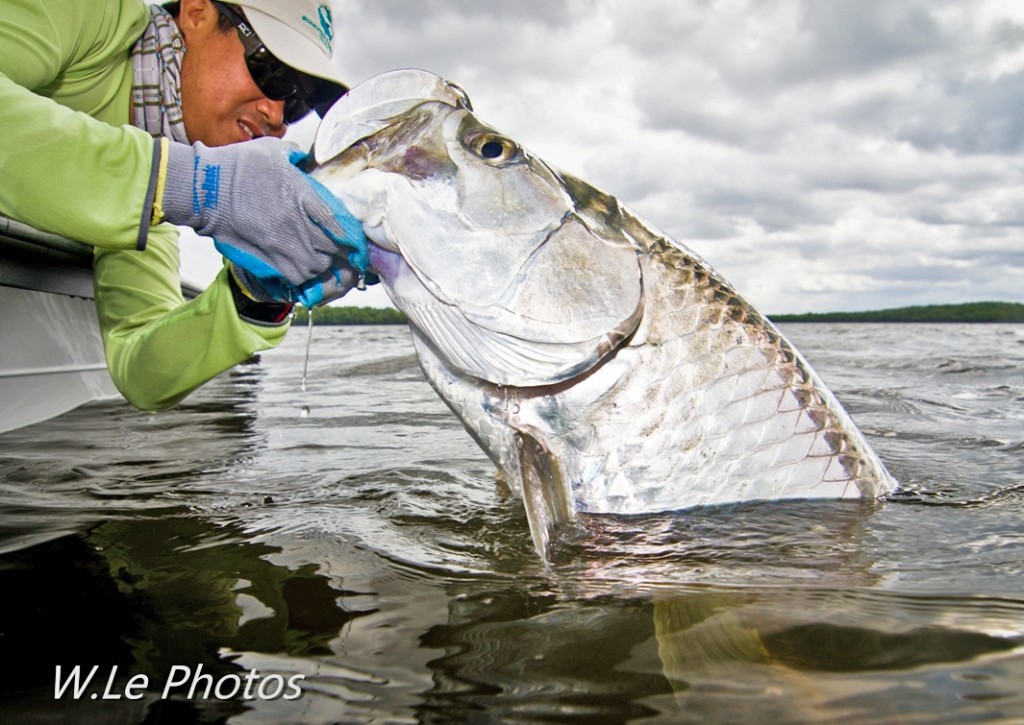 Of course the Mosquito Lagoon Redfish and Sea Trout bite remains strong. The water level from now throughout the Summer should be higher than what we have been seeing this past Winter and will get dirtier as the months go on due to the rain patterns we will be seeing more of.

Redfish will be more spread out and probably hiding from those anglers and “guides” that like to do high speed circles in productive flats in hopes of bumping up the schools aka “The lazy way” which puts a lot of pressure on these fish. I would much rather peacefully pole a flat for miles and give my clients the full on Mosquito Lagoon fishing experience finding a school of happy redfish milling around, some single tailing/cruising fish, and laid up Trout here and there rather than buzz around like a race car driver from spot to spot, then stop and chase high speed schools all day with a trolling motor trying to keep up with them. There’s a good reason why those schools are swimming away at warp speed. I have nothing against that style of fishing, but when I’ve been poling a flat for hours slowly trying to sneak up on fish and these boats come flying by close enough to know who they are and spooking every fish around me, then decides to do circles in a cove where I was heading spooking every fish in there but not enough for them to stop and fish, moving on the next flat to buzz around hoping to bump up a hundred fish…that definitely ticks me off as well as the clients on my boat that were waiting patiently to cast at the next tailing fish that pops up.

Some people like to fish that way and some people do not, most of my clientele would prefer the push pole technique which I am extremely happy to do all day long.

Ben Wolfe who owns a few guide services up in Michigan booked me for a couple days to relax and get some fly fishing in which he does not get to do much. We had to deal with rain on the first day but had a small window of sunlight which was all we need to hook up with Ben’s first ever Redfish, and a big one at that. 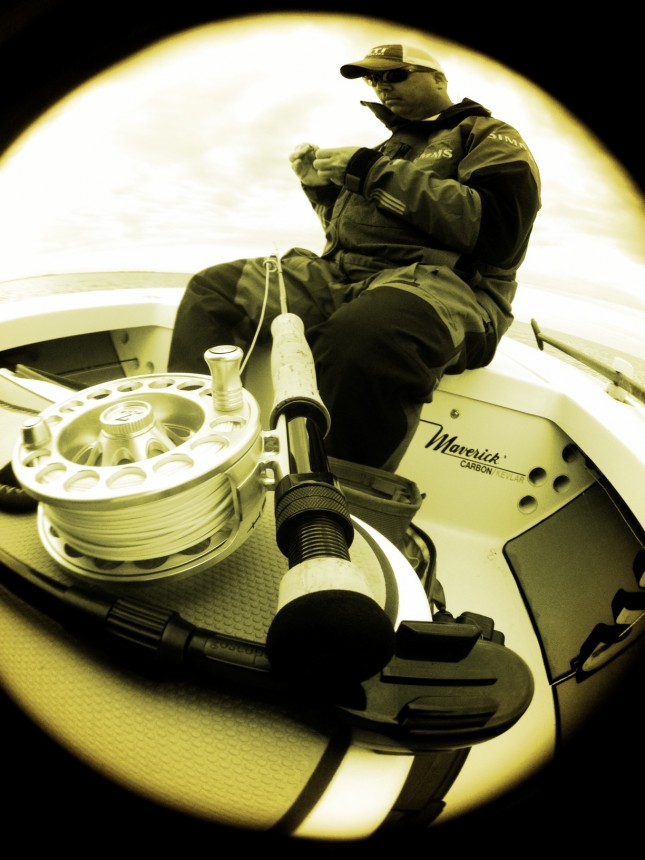 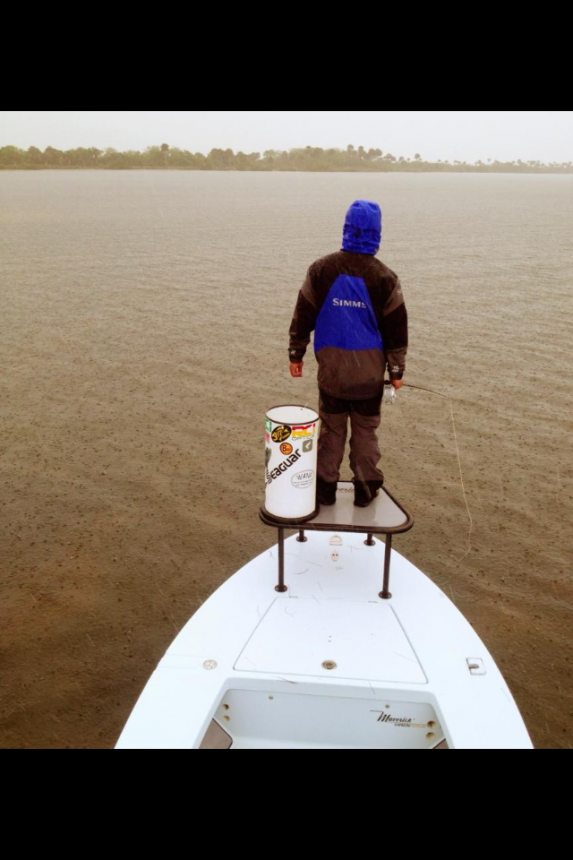 The next day we had to deal with a little wind but at least the sun was out and Ben had a great day catching multiple Redfish on fly. 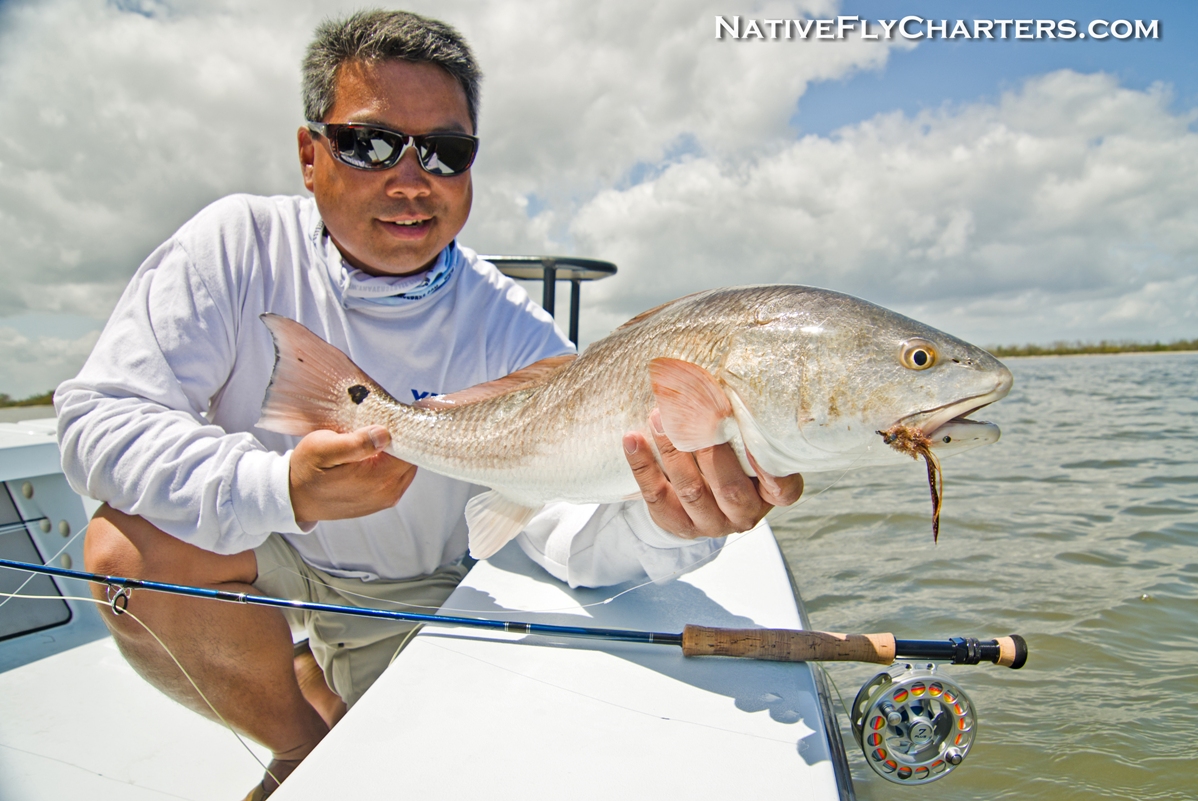 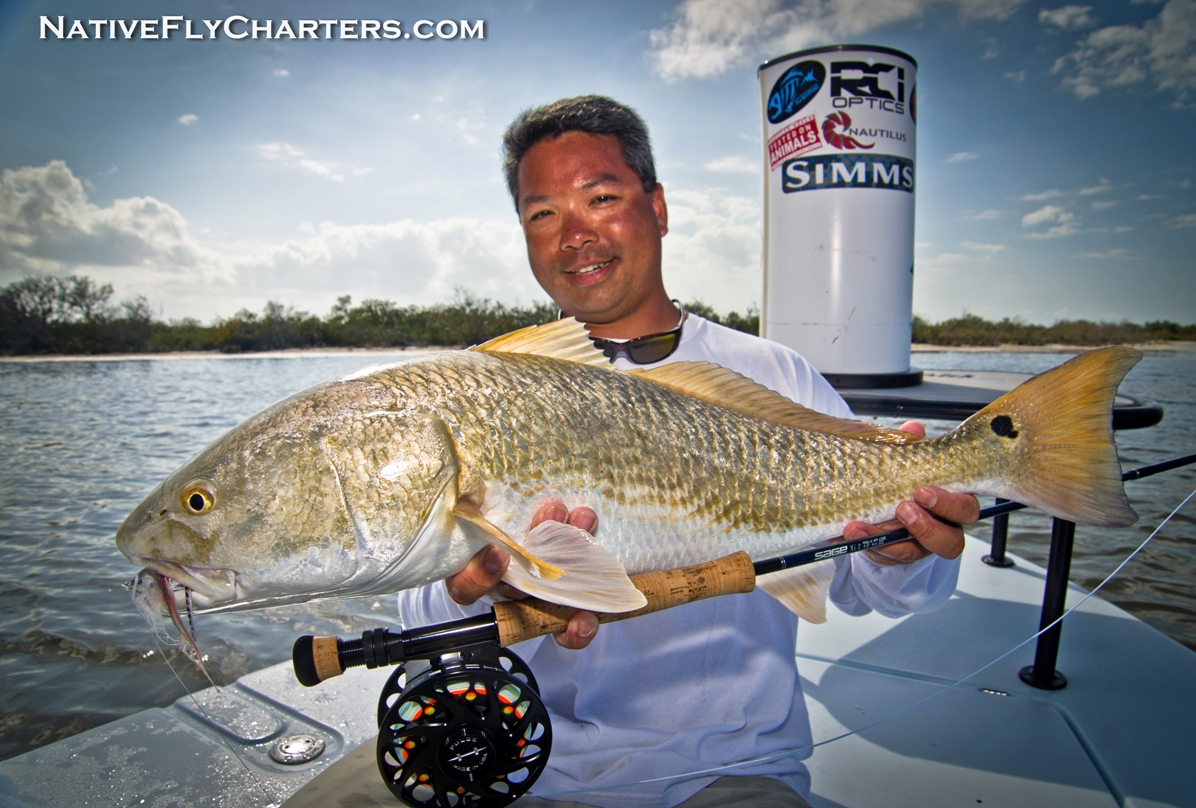 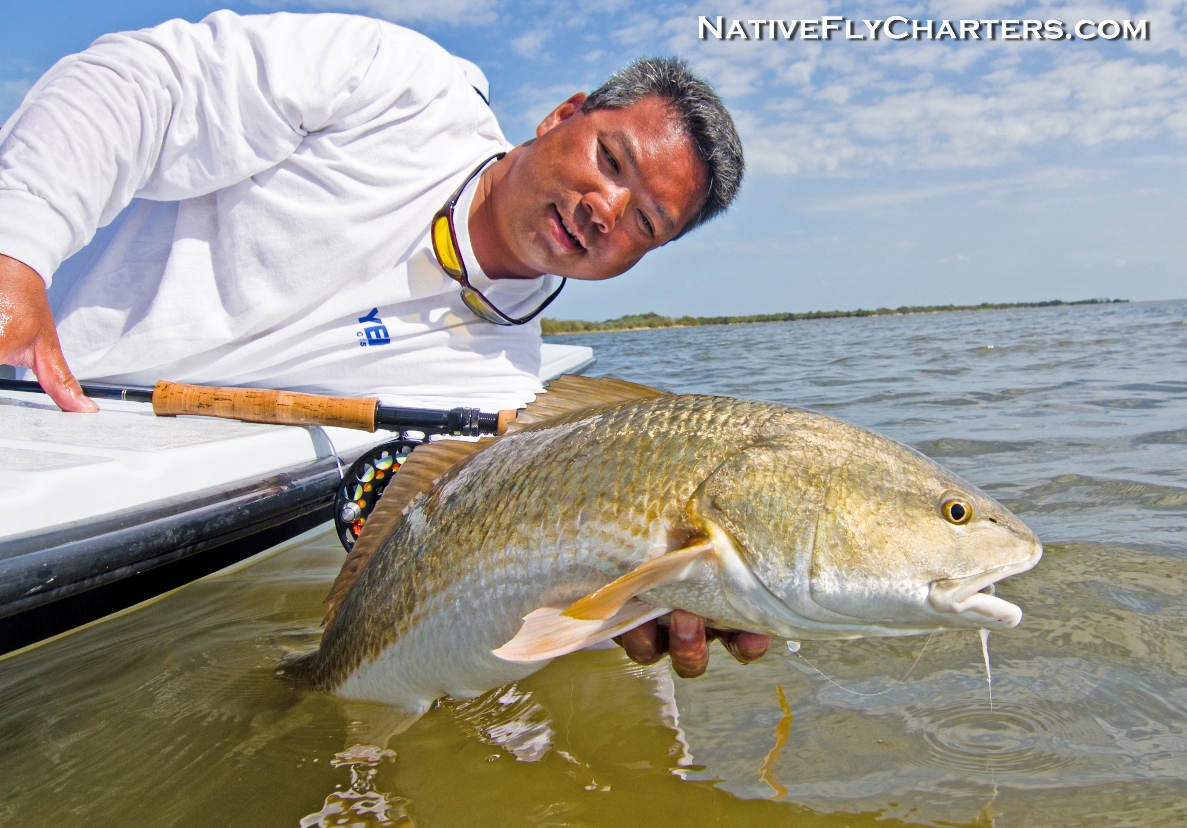 Mikey and his cousin Billy from Boston got some good Redfish action both on spin and fly. 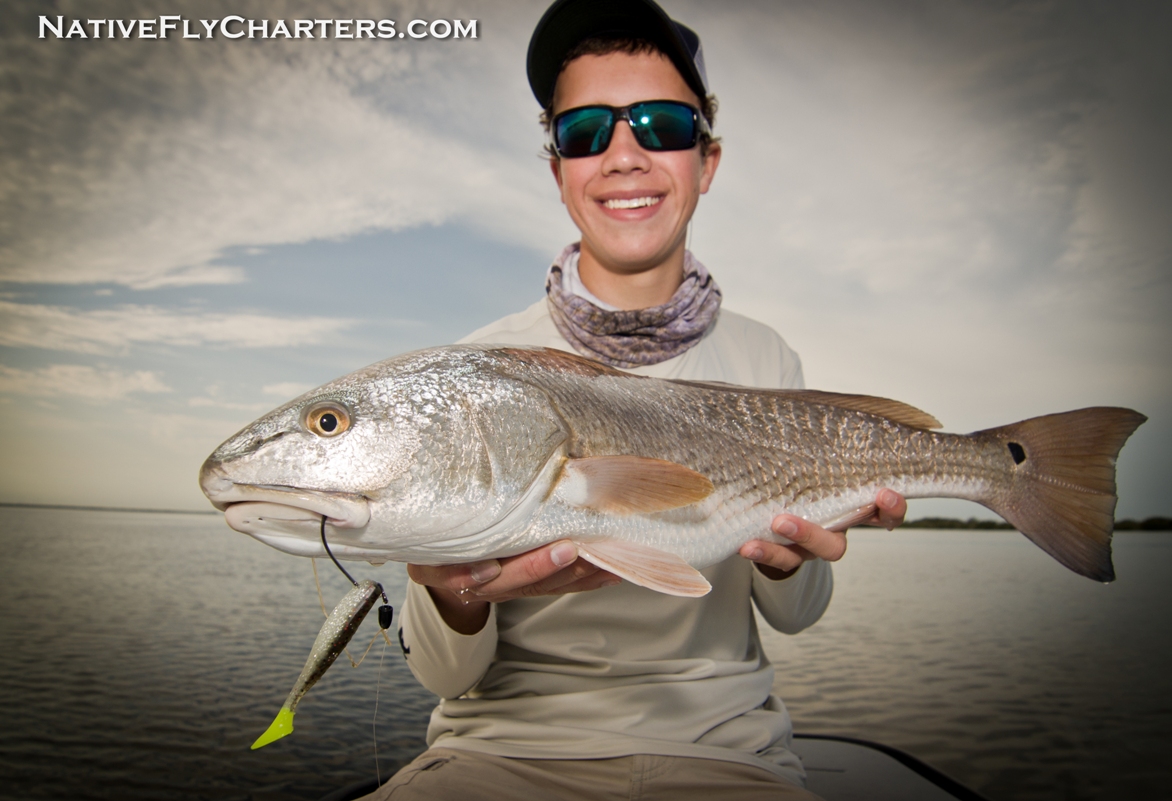 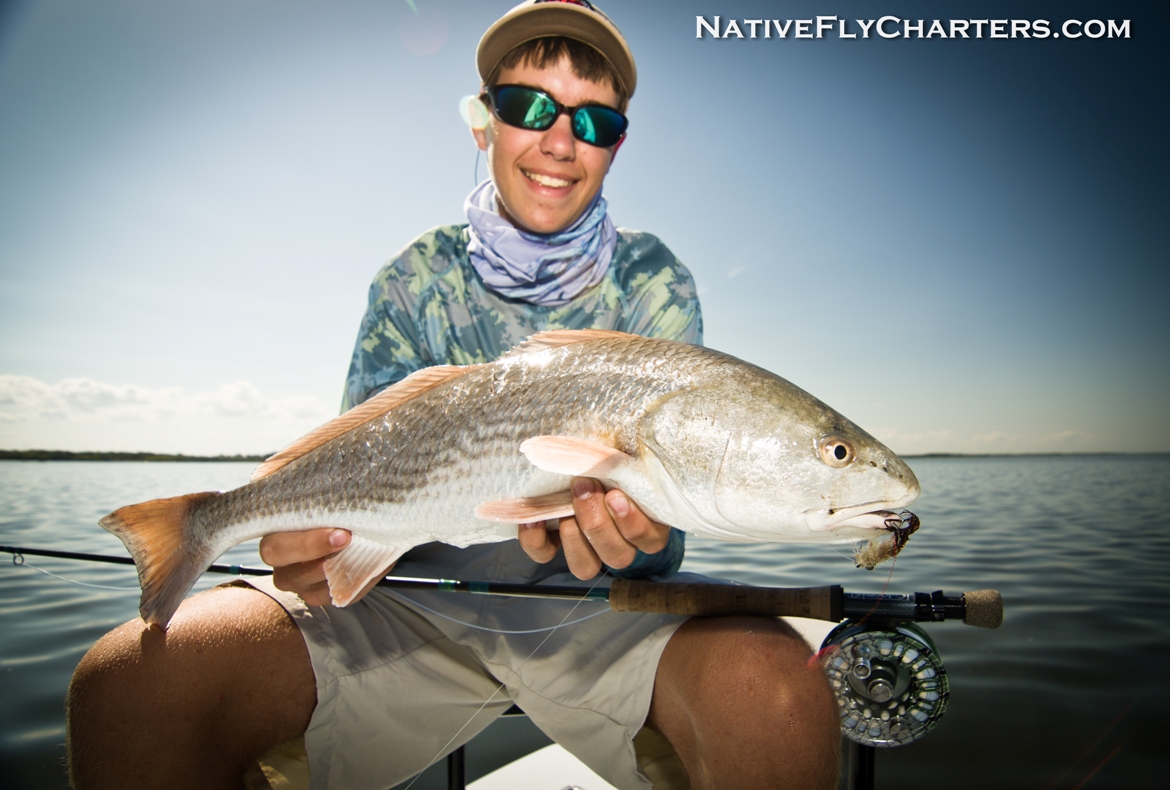 Chance and Austin joined me on their first trip to Mosquito Lagoon. They had a great time sight fishing Redfish using D.O.A . Shadtails. 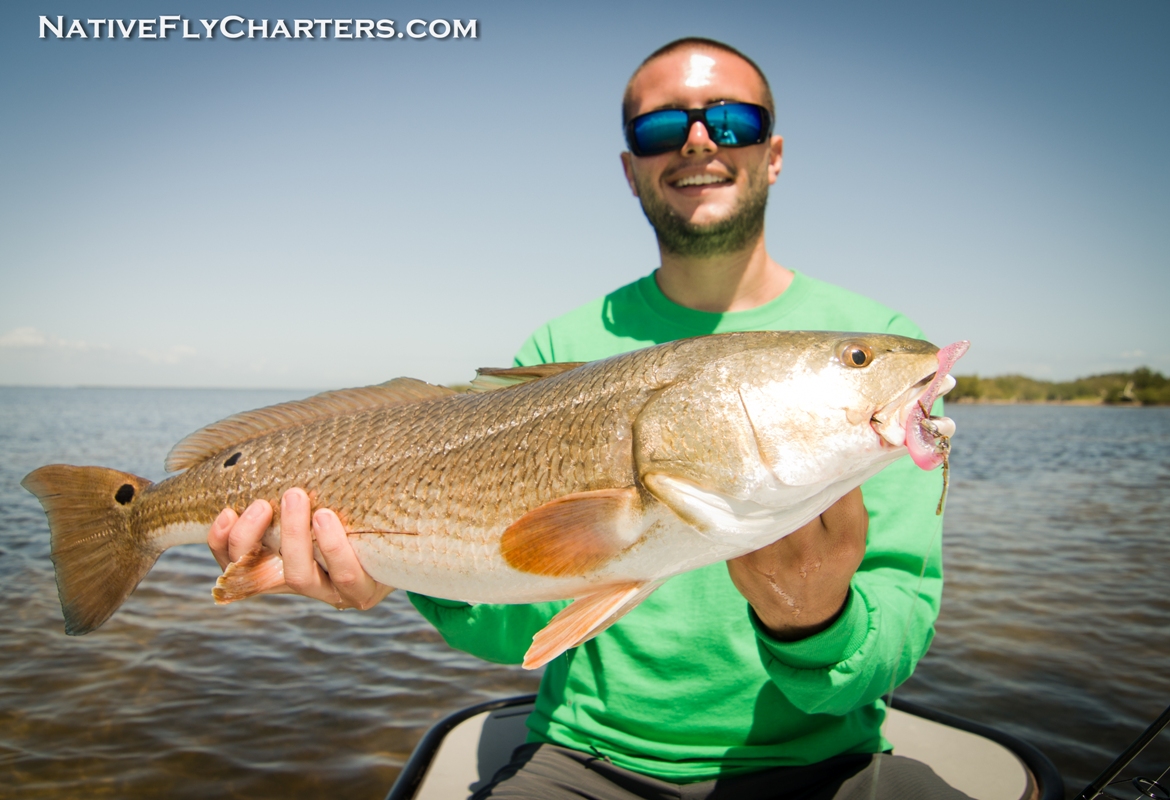 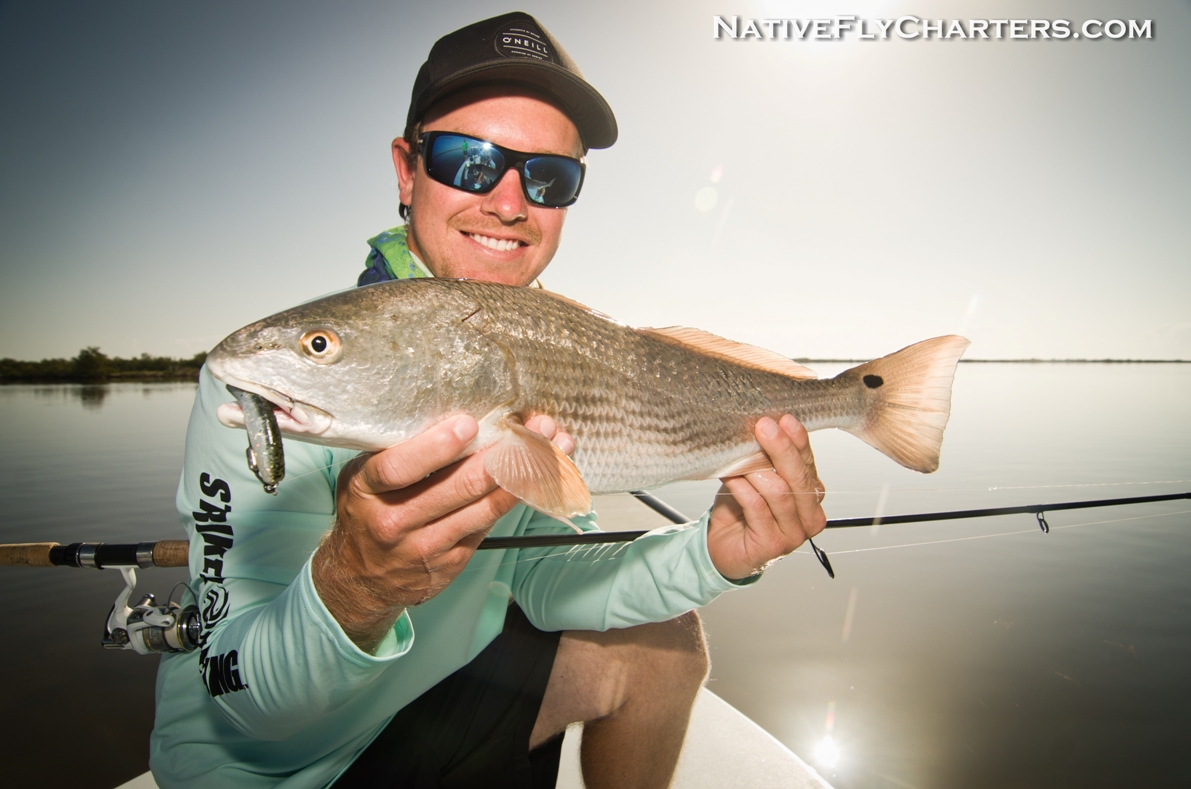 Edwin was in town from Panama and decided to spend a day fly fishing in the Mosquito Lagoon for his first time. After a quick lesson on how to present the fly in certain situations, he landed a very nice Sea Trout that was laying in a sand hole. He also caught plenty of Redfish as well. 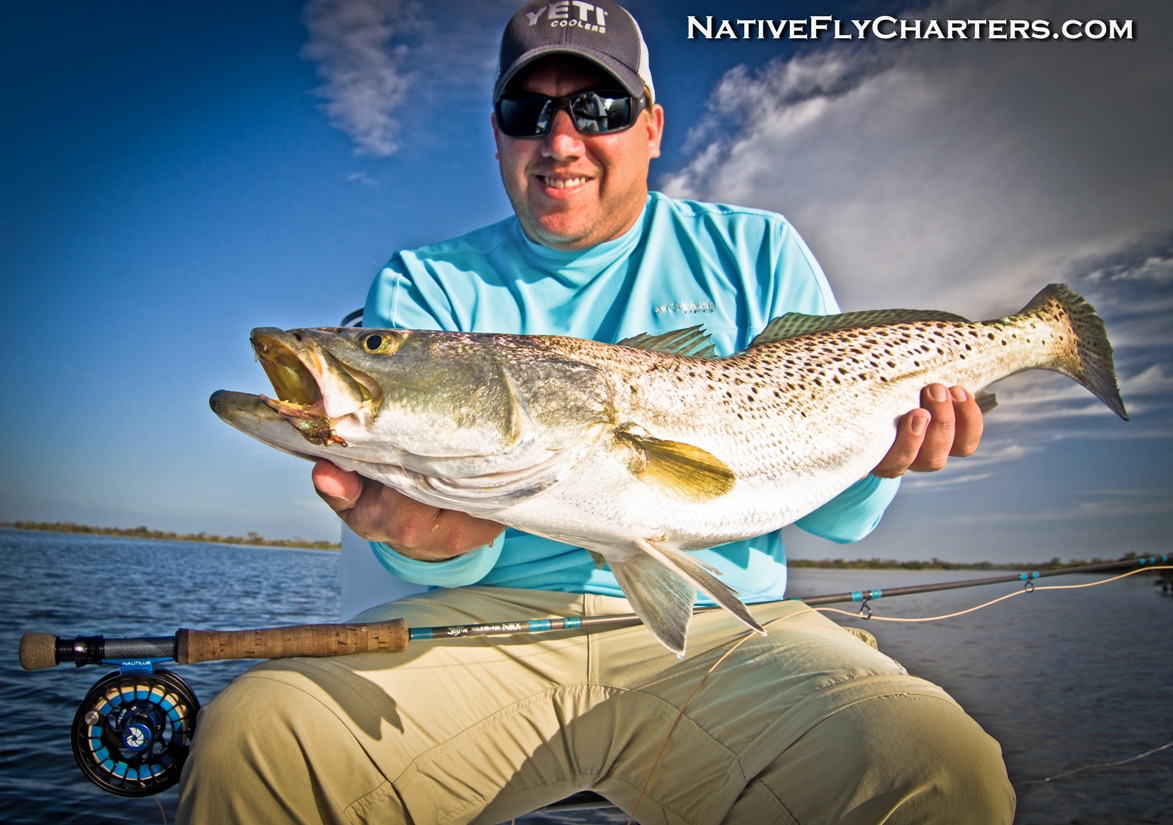 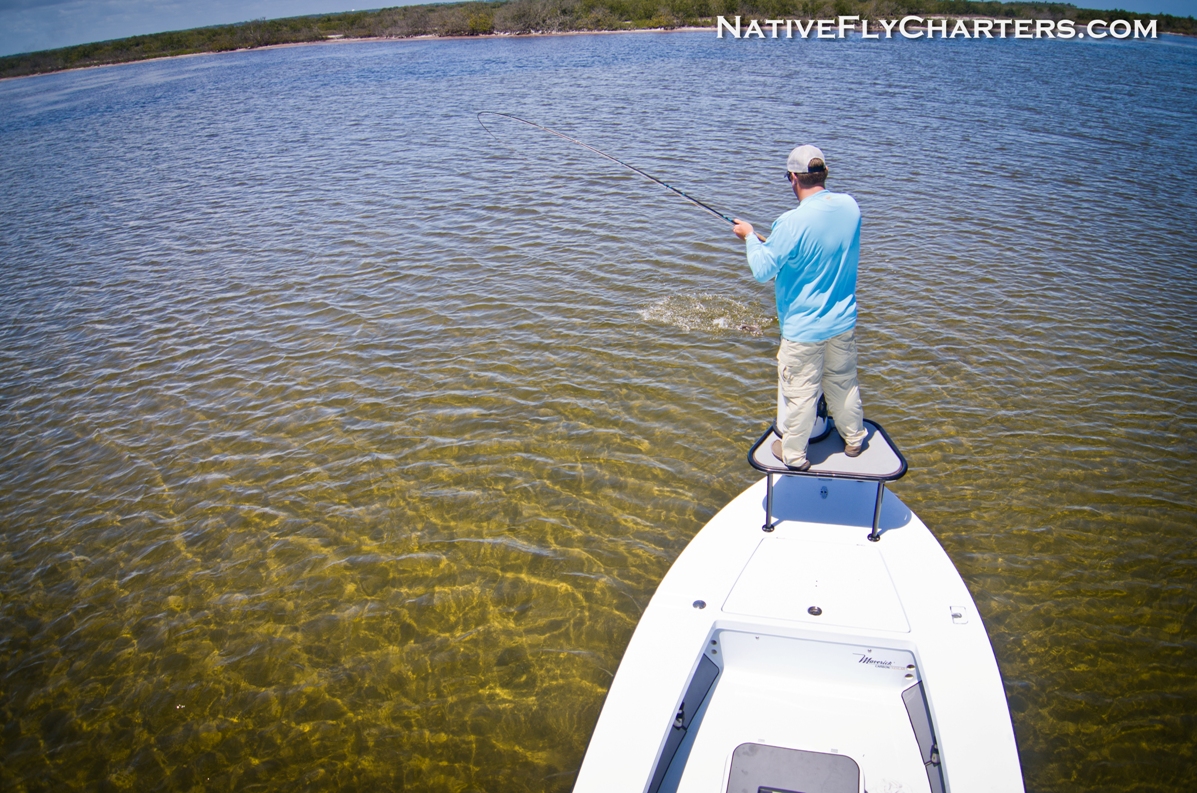 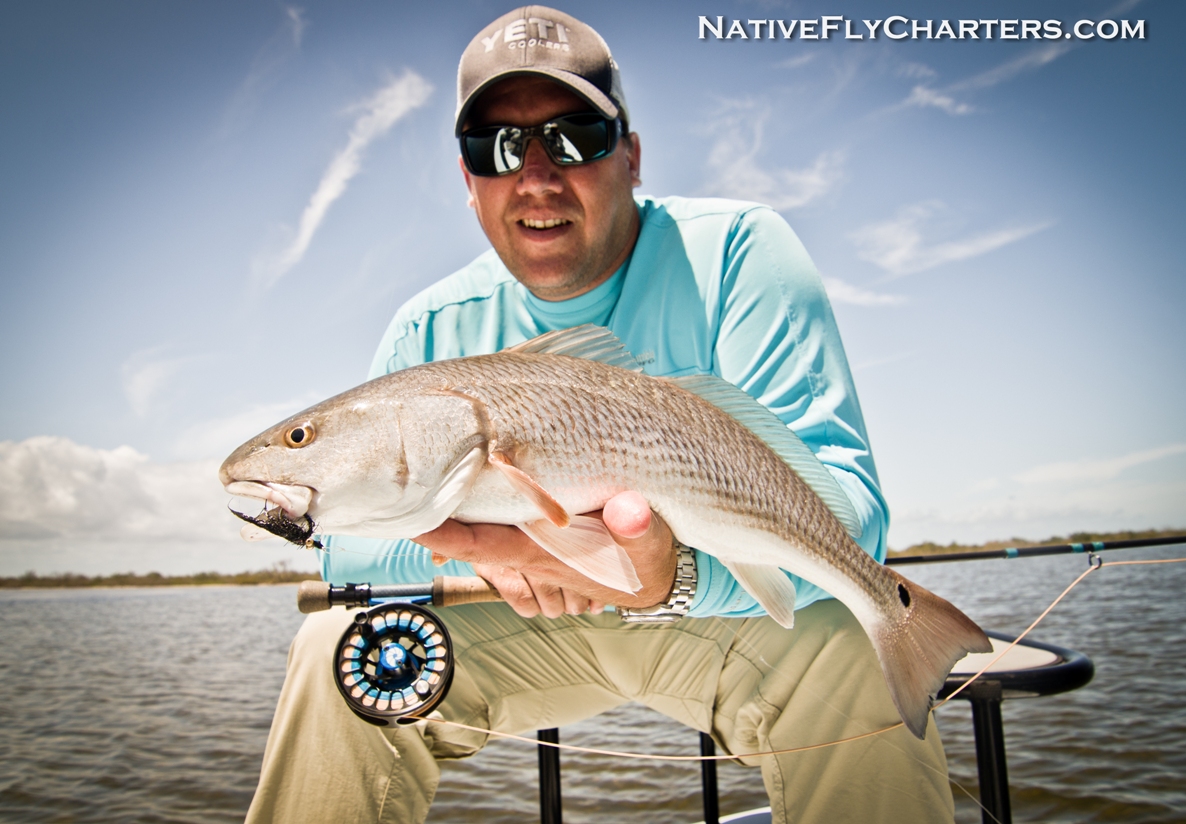 Mike who is an avid Lagoon kayak angler had a buddy Henry who is visiting from New Jersey. Mike wanted to put Henry on a Redfish on fly so he gave me a call to see if I can make that happen. After catching a few on the spin rods in the morning then having plenty of shots with the fly rod with no luck, it all came together towards the end of the day when Henry made a perfect cast at a Redfish cruising the shoreline looking for an easy meal. 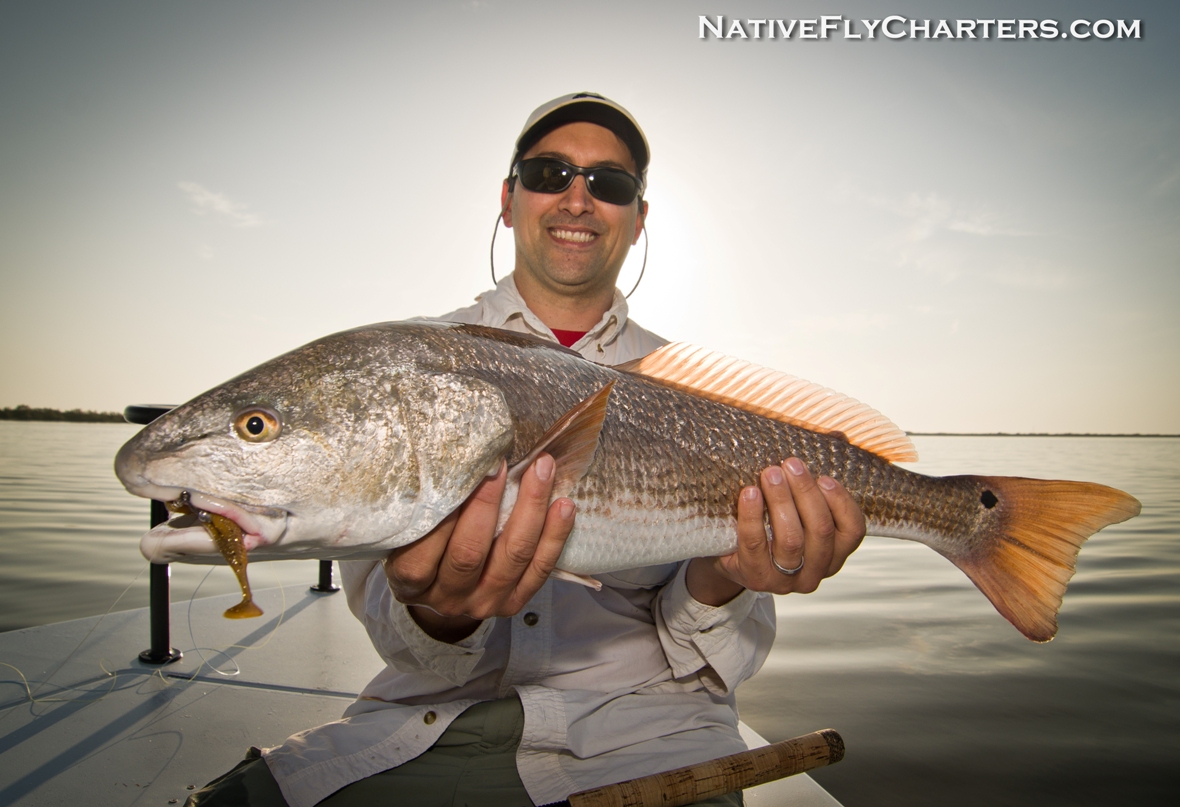 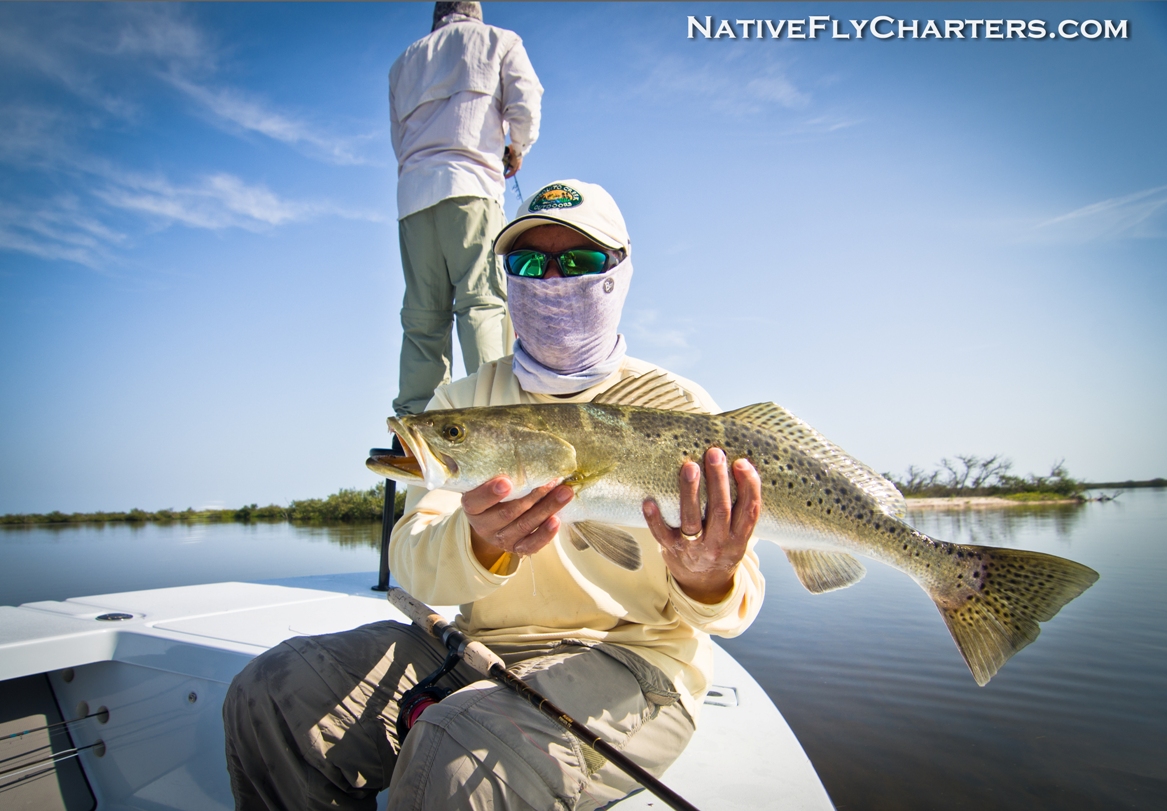 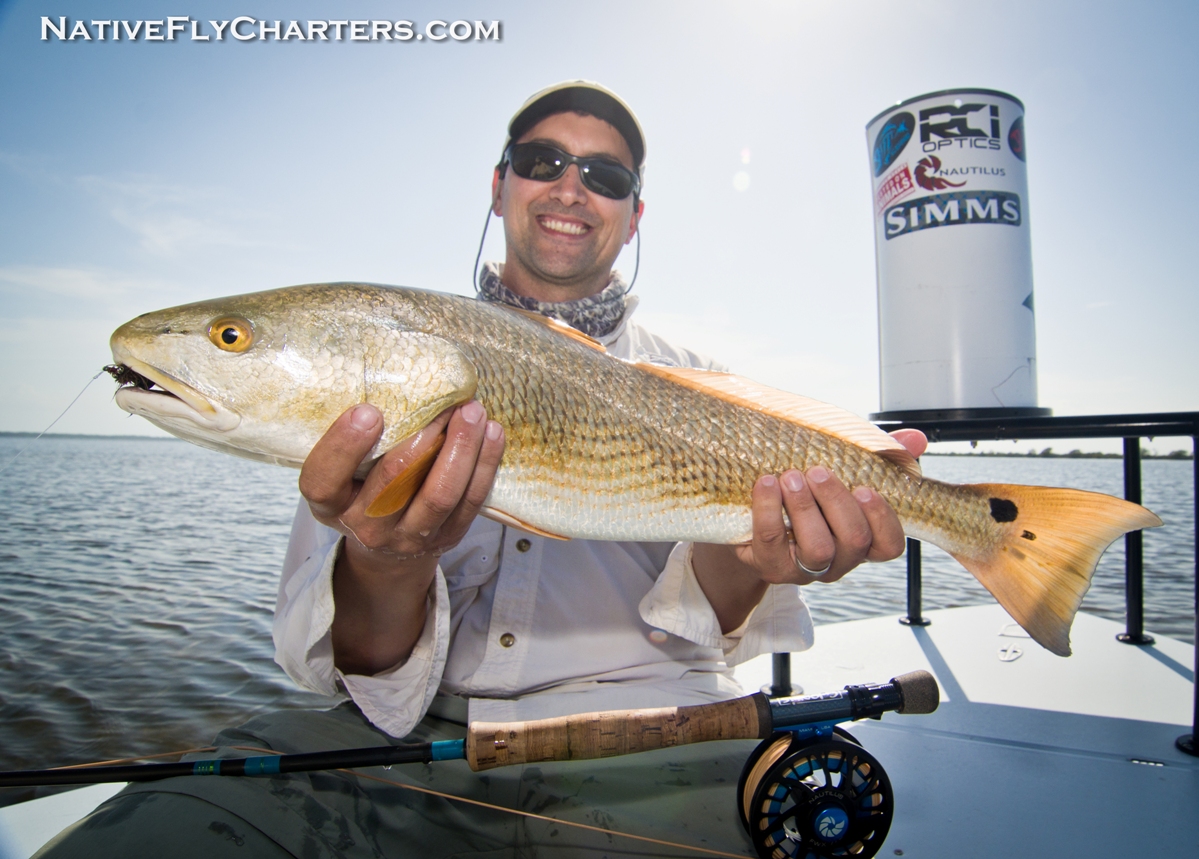 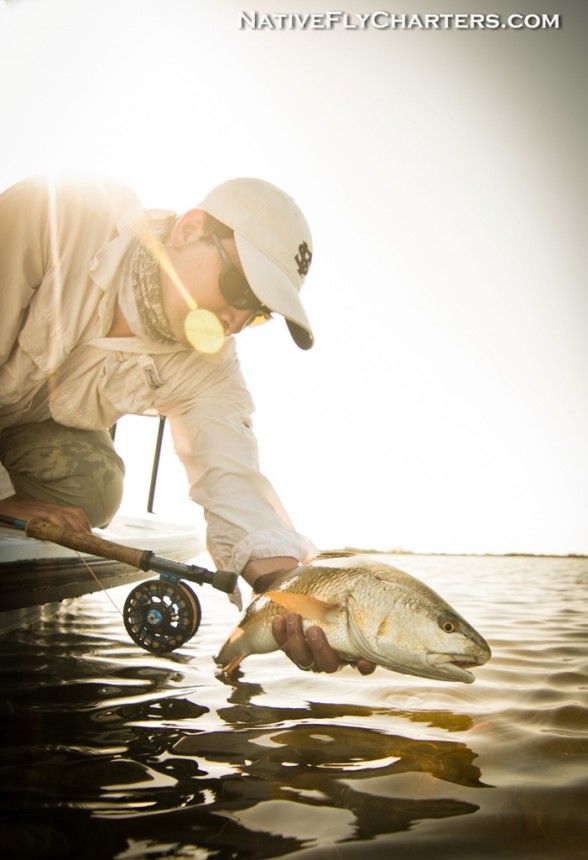 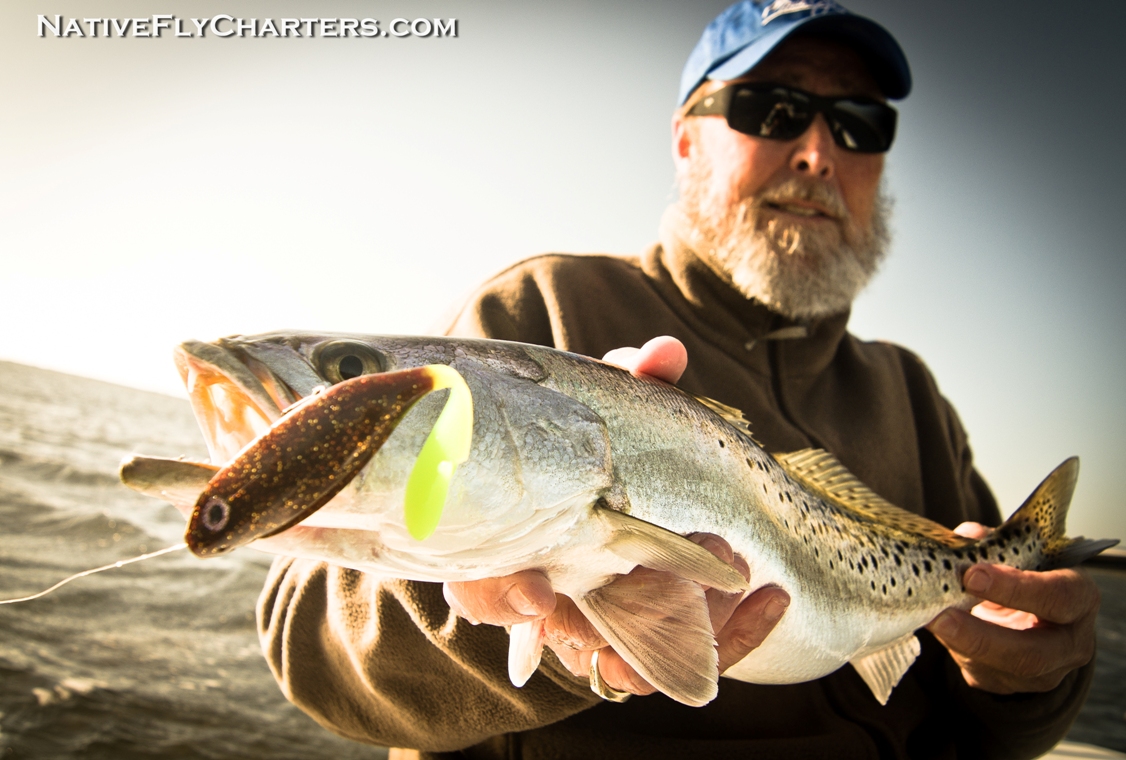 I managed to get out to fish for myself and to test out some new flies that I’ve been tying for late Spring/Summer fish since they will be keyed more on baitfish. 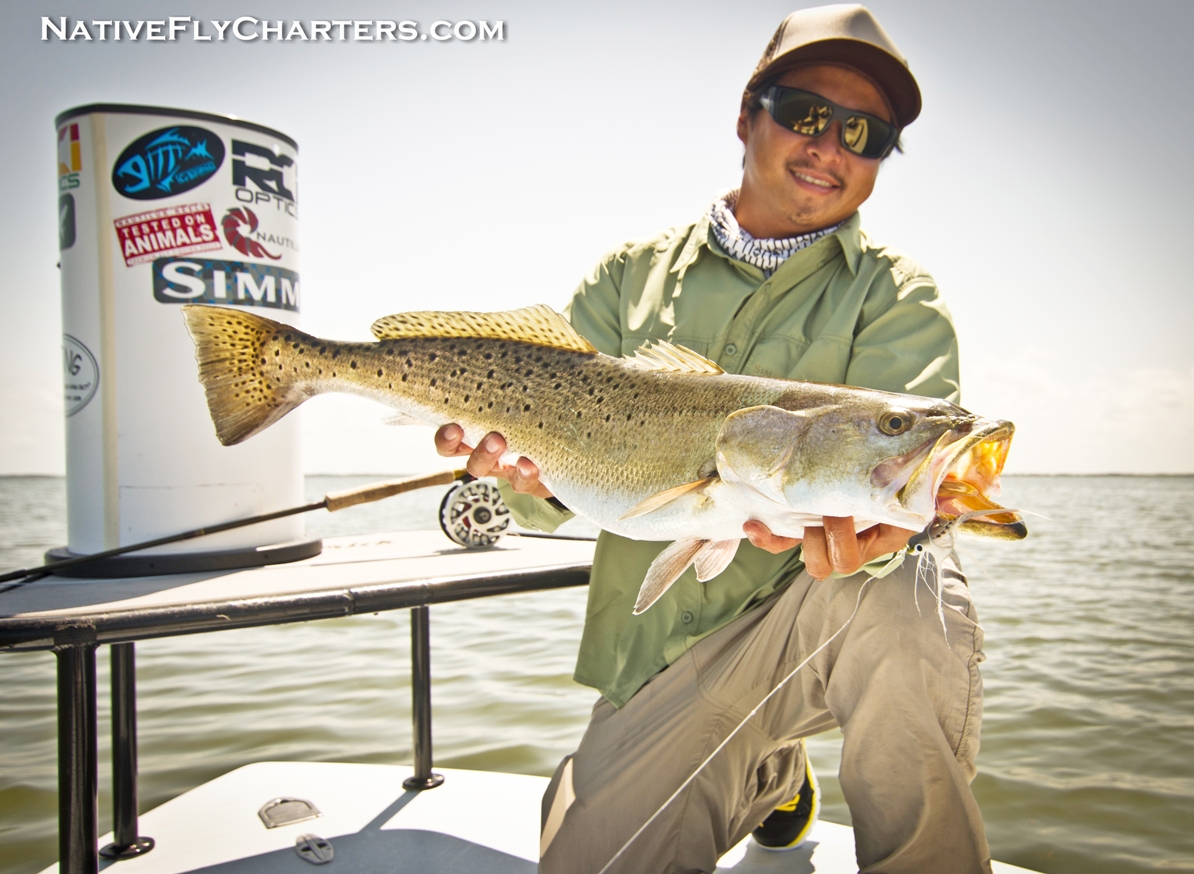 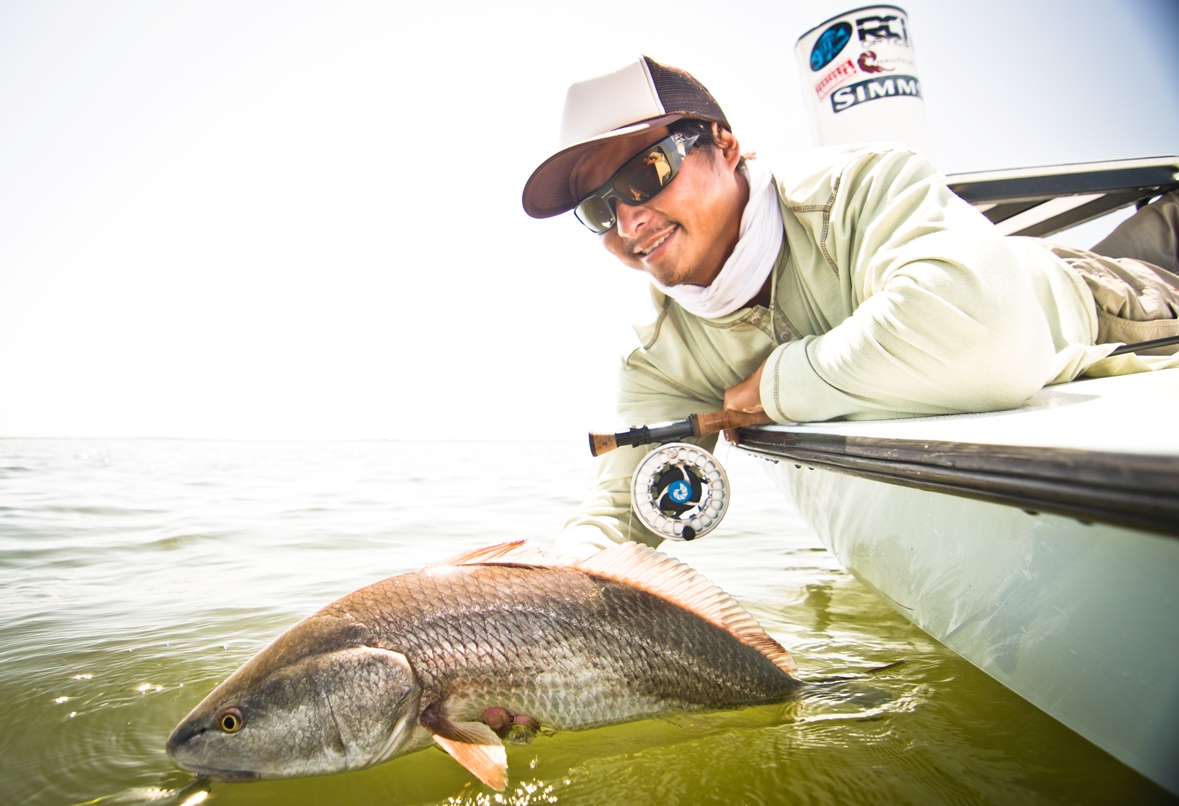 Thanks for visiting NativeFlyCharters.com, I hope to get out on the water with you one day and get you your first redfish on fly!