Spring has officially sprung, but it still feels like Winter with what is hopefully the last cold front of the year which just moved in last night greeting us with some 25+mph Northerly winds today and temperatures in the 50’s.

Looking back to the last few weeks, the weather has been fantastic and so has the fishing! Redfish in the upper slot to over slot range have been schooled up and roaming the flats in the Mosquito Lagoon, Indian River Lagoon, and Banana River. They have also been enjoying the 80 degree temperatures that we’ve been having and happily tailing in shallower flats which made for exciting sight fishing.

Sea Trout have also been around sunning themselves in some shallow water. They can be tricky to sight fish for but if you make a quiet approach at them and a soft presentation, you may have a chance.

Rob from Melbourne, FL. joined me in the Indian River Lagoon for some Sea Trout, Snook, and Pompano action using D.O.A. 4″ Shrimp and a 2″ Shrimp on a jighead for pompano.  Rob even caught his biggest Sea Trout on fly this day. 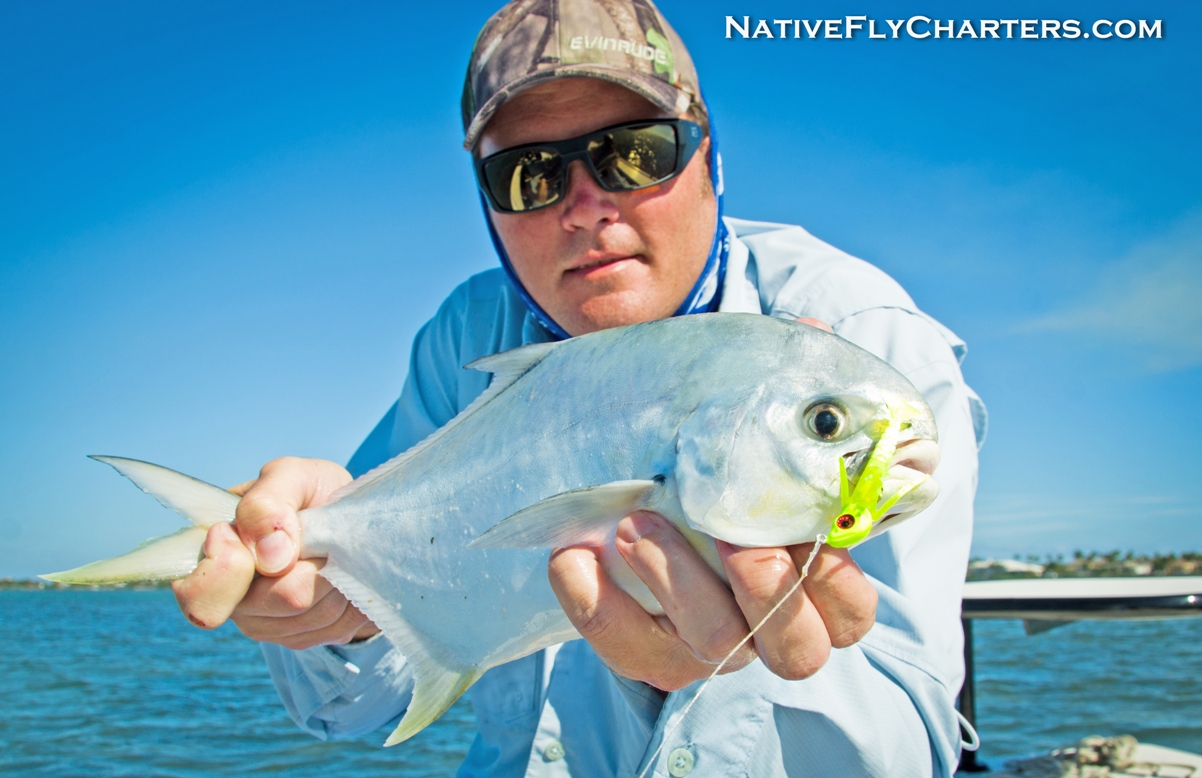 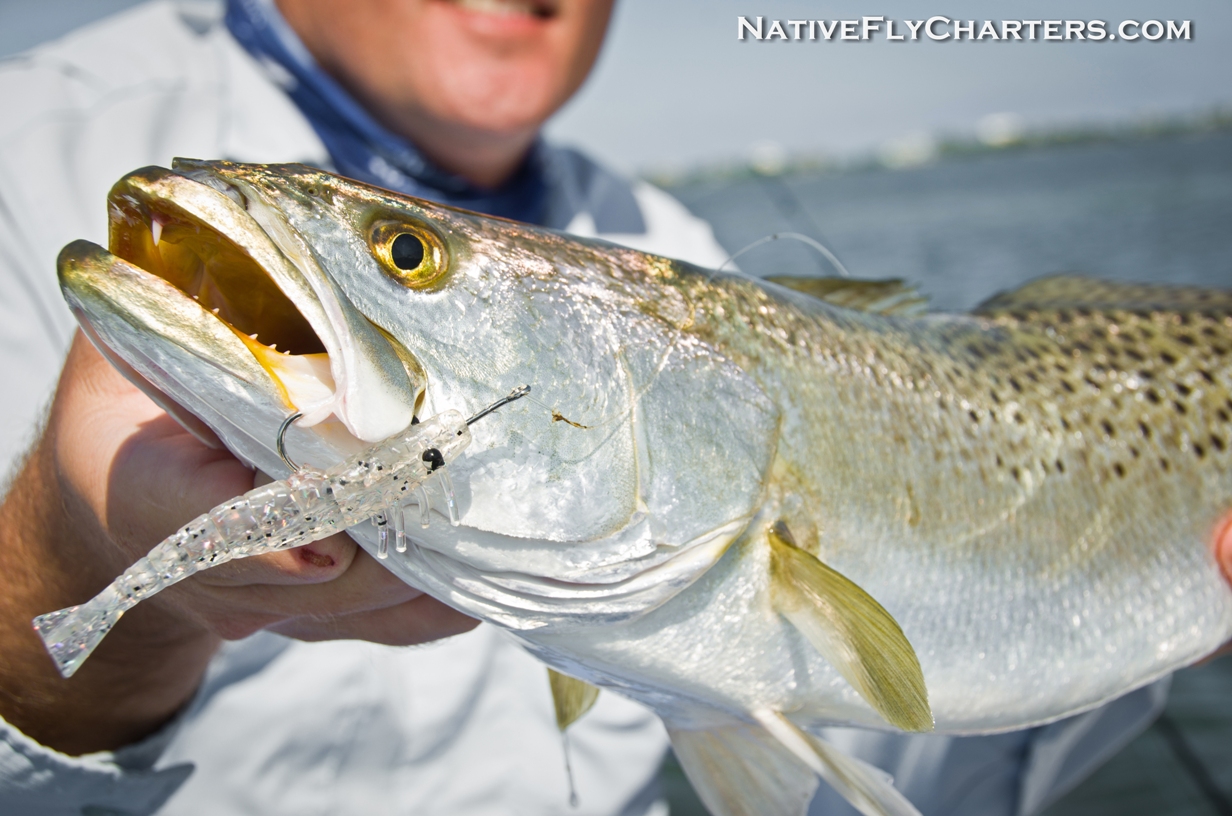 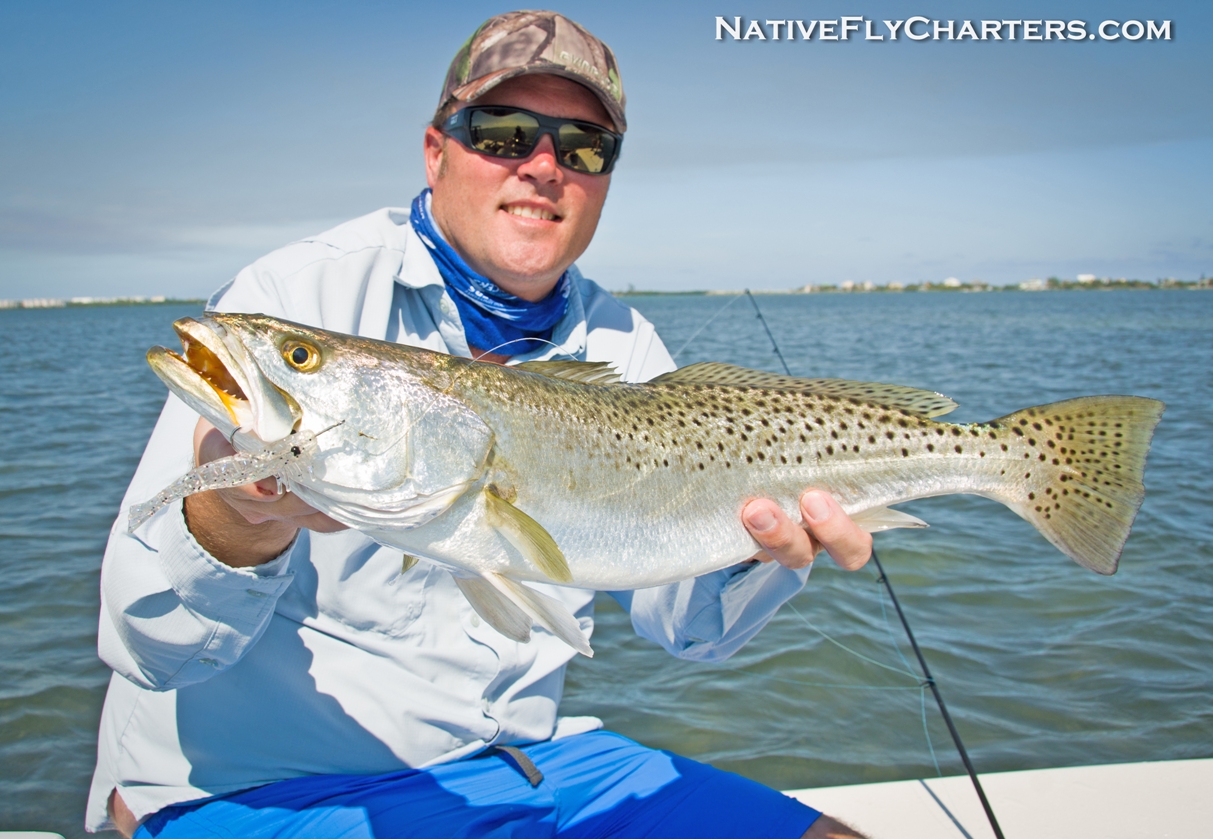 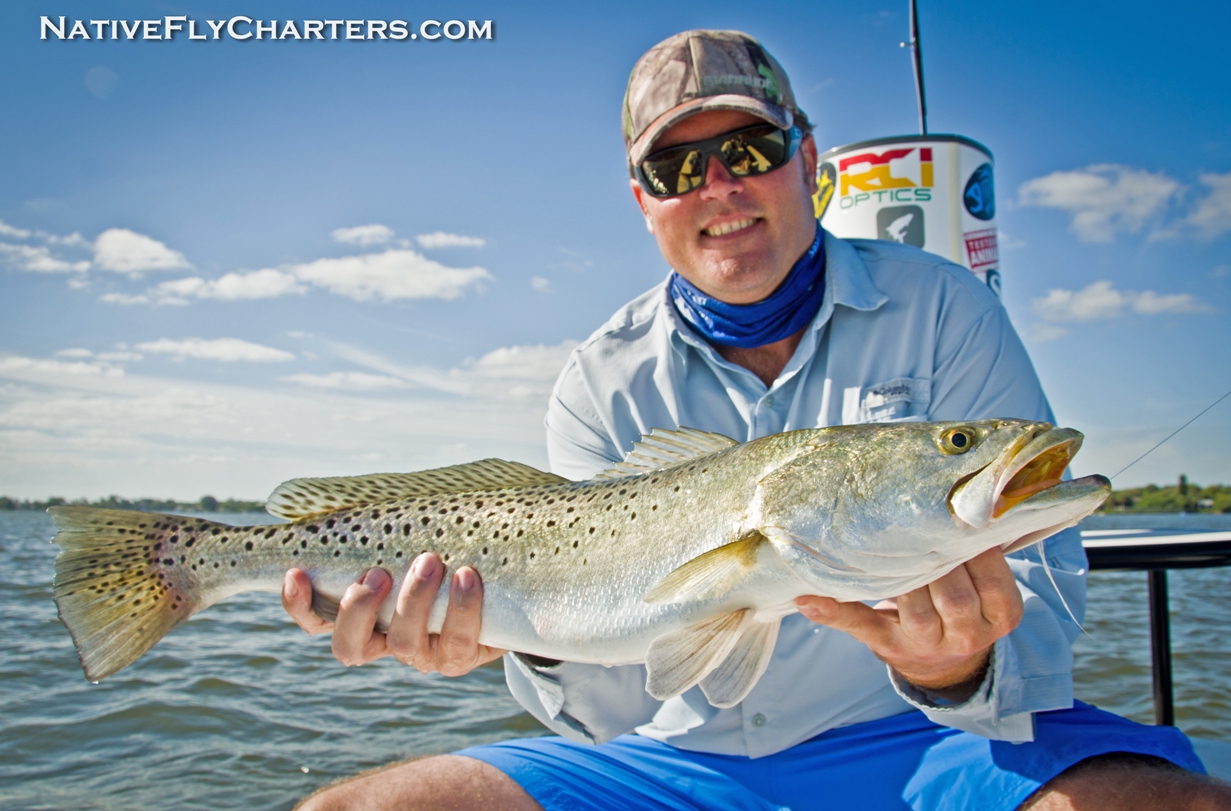 Bruce from Oregon had some fun pulling on some Redfish and Sea Trout on his first time to the Mosquito Lagoon using D.O.A. Shadtails. 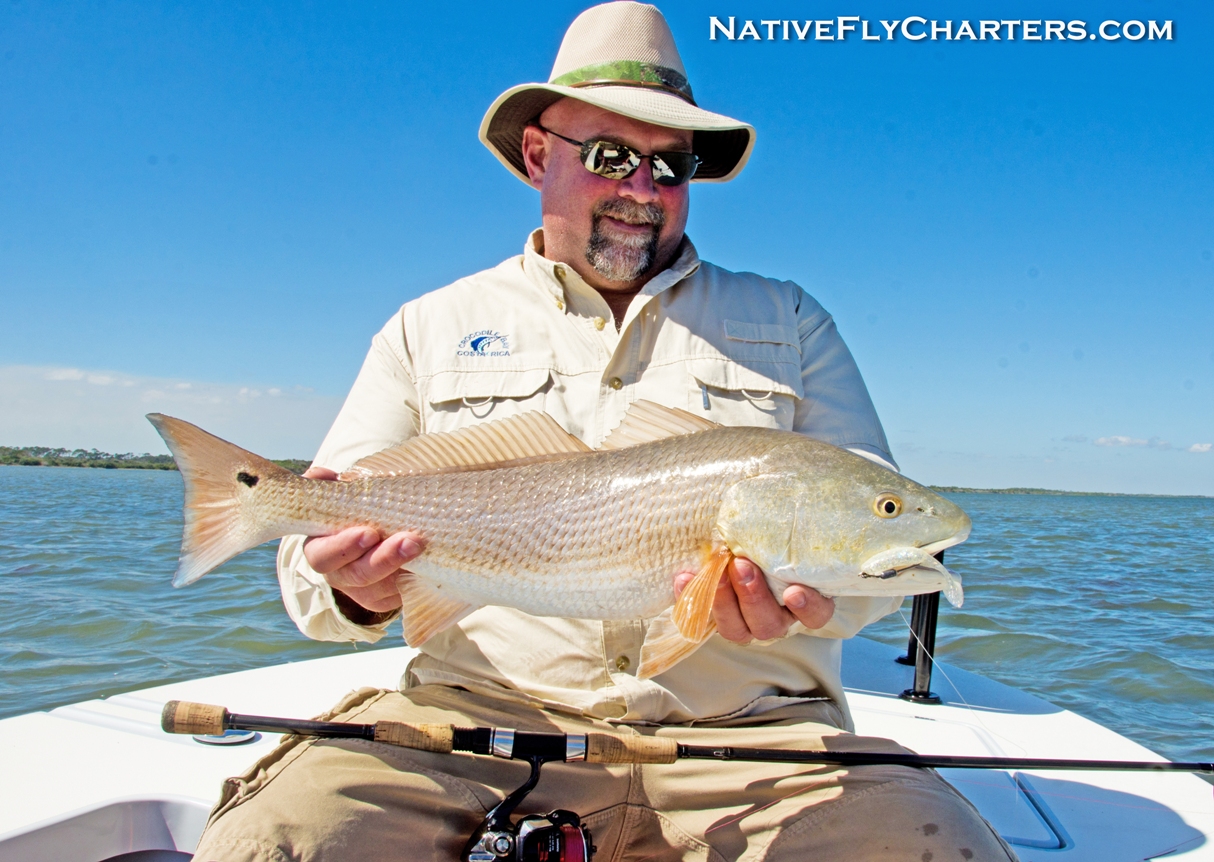 Tom who just moved to New Smyrna Beach from Kentucky caught his biggest redfish to date this day. Was tough dodging some thunderstorms but we had some small windows to sight fish. 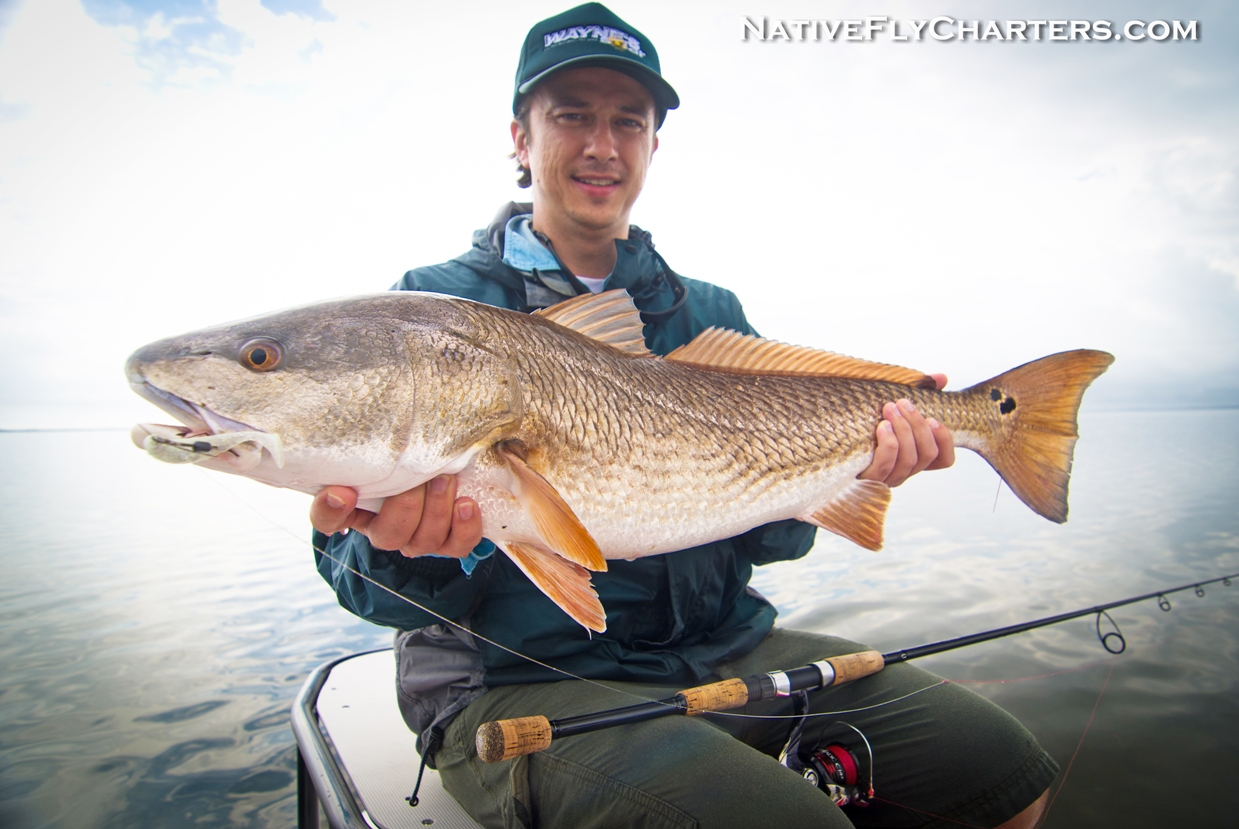 Mike Neeley from Jacksonville joined me for 2 days in the Mosquito Lagoon. First day was windy and rainy so Mike popped some fish on D.O.A. Shadtails. Day 2 was the total opposite, sun was out and winds were light so Mike and Kirby stuck with the fly rods. Both caught Redfish on fly but the highlight of the day was Mike’s biggest Sea Trout that he’s ever caught on fly. 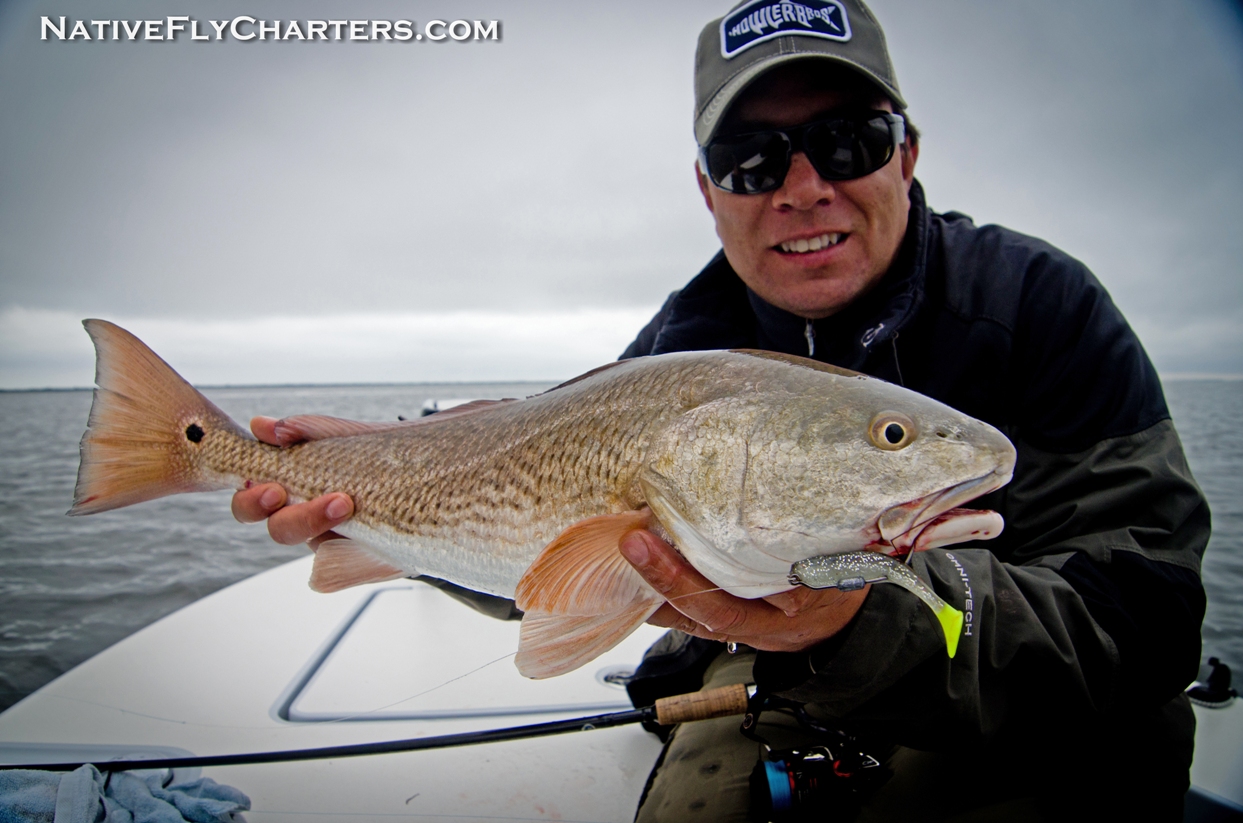 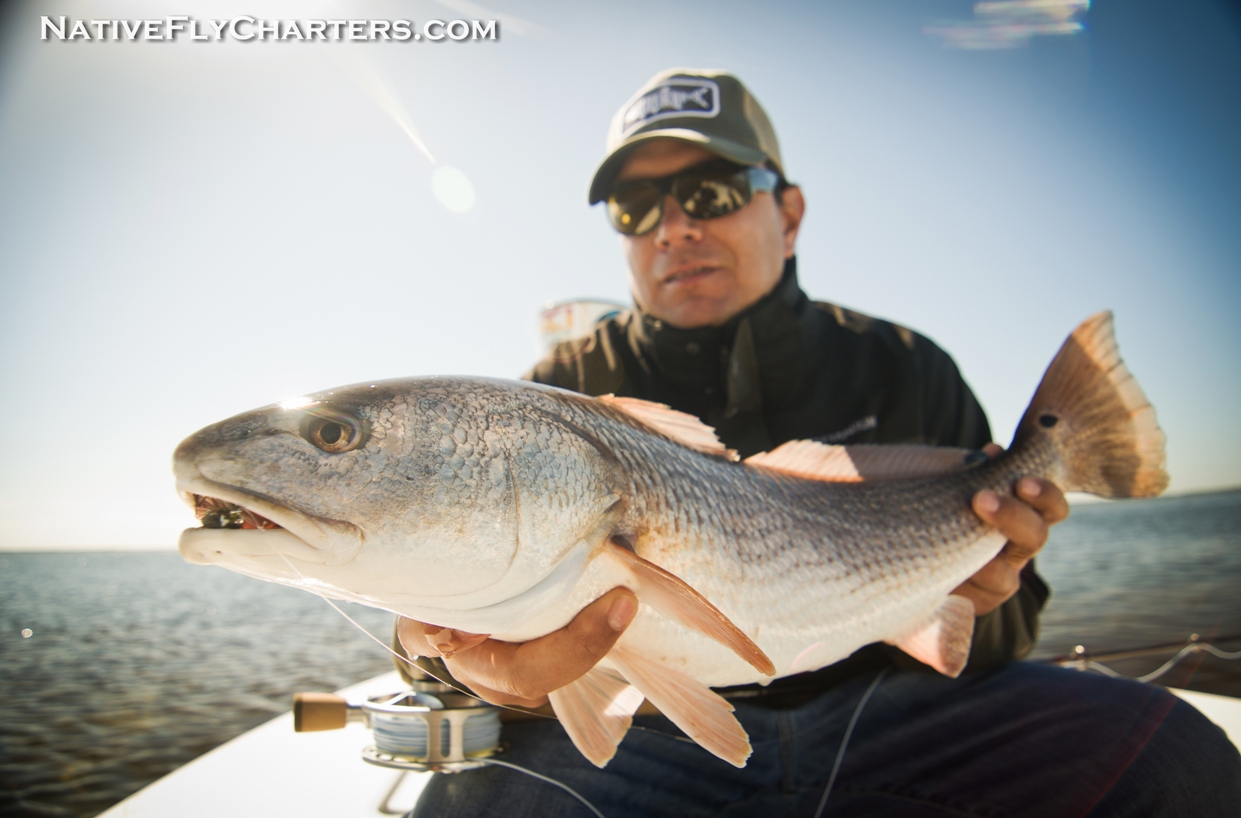 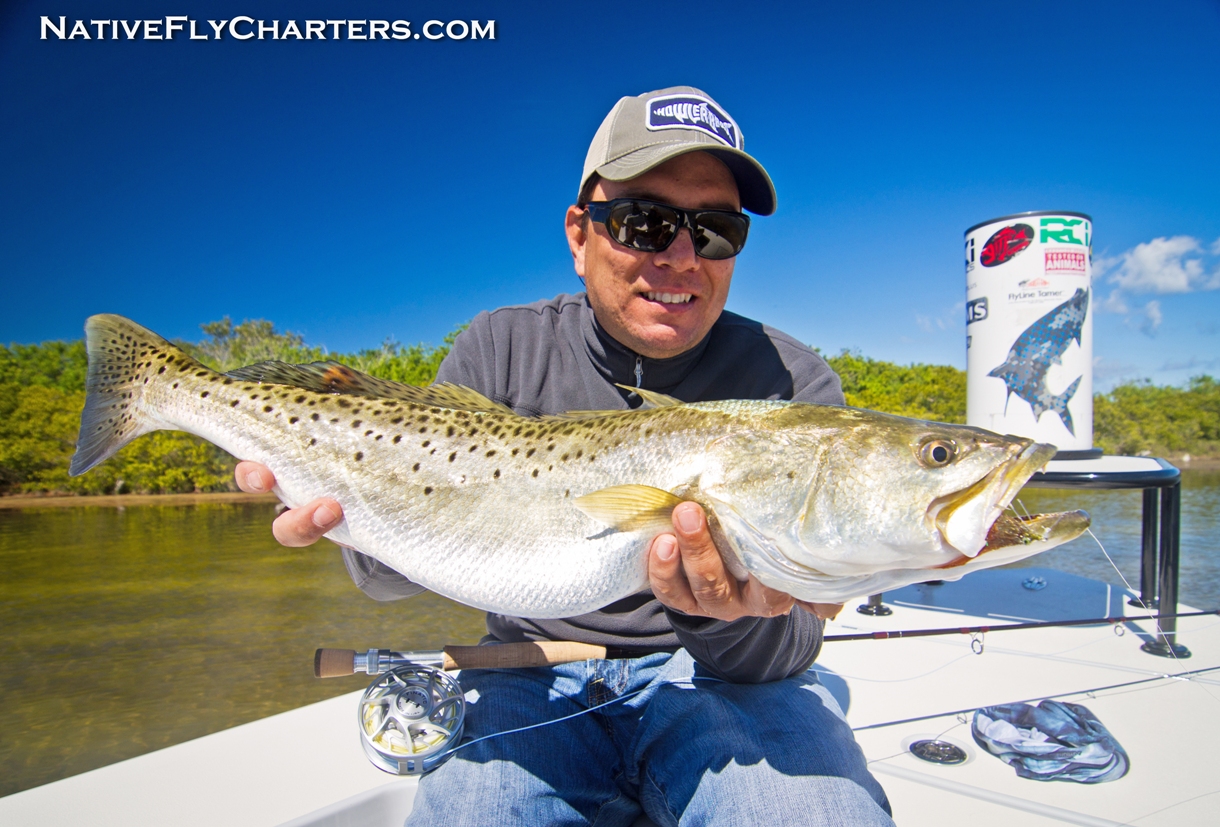 Peter from New Jersey had a tough time adapting to the style of saltwater fly fishing. After a quick lesson in the morning, he started to get the hang of double hauling towards the end of the day. He had shots at Redfish and Sea Trout all day missing some Redfish that ate the fly but did land a nice Sea Trout. 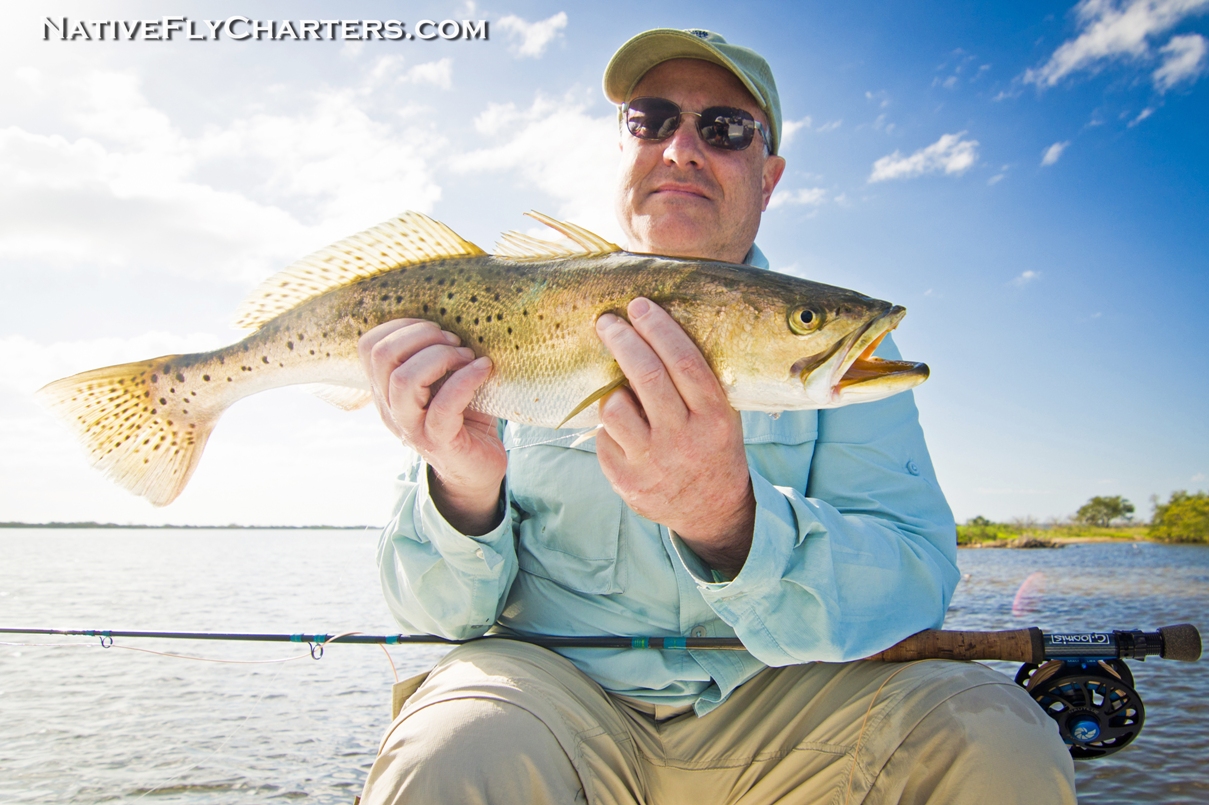 Josh from Oregon made some great casts at some tailing redfish in the Mosquito Lagoon, and here are the results. 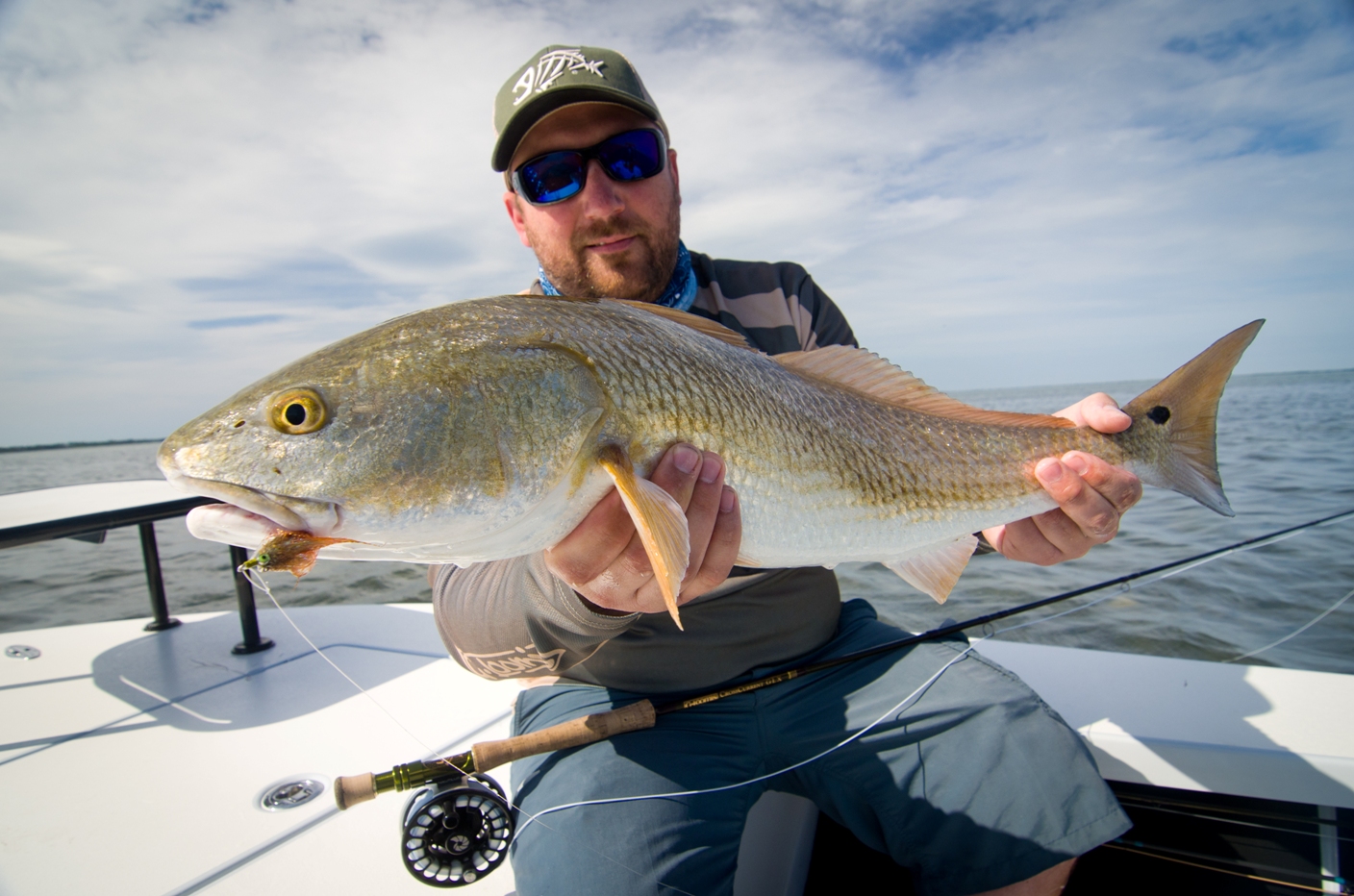 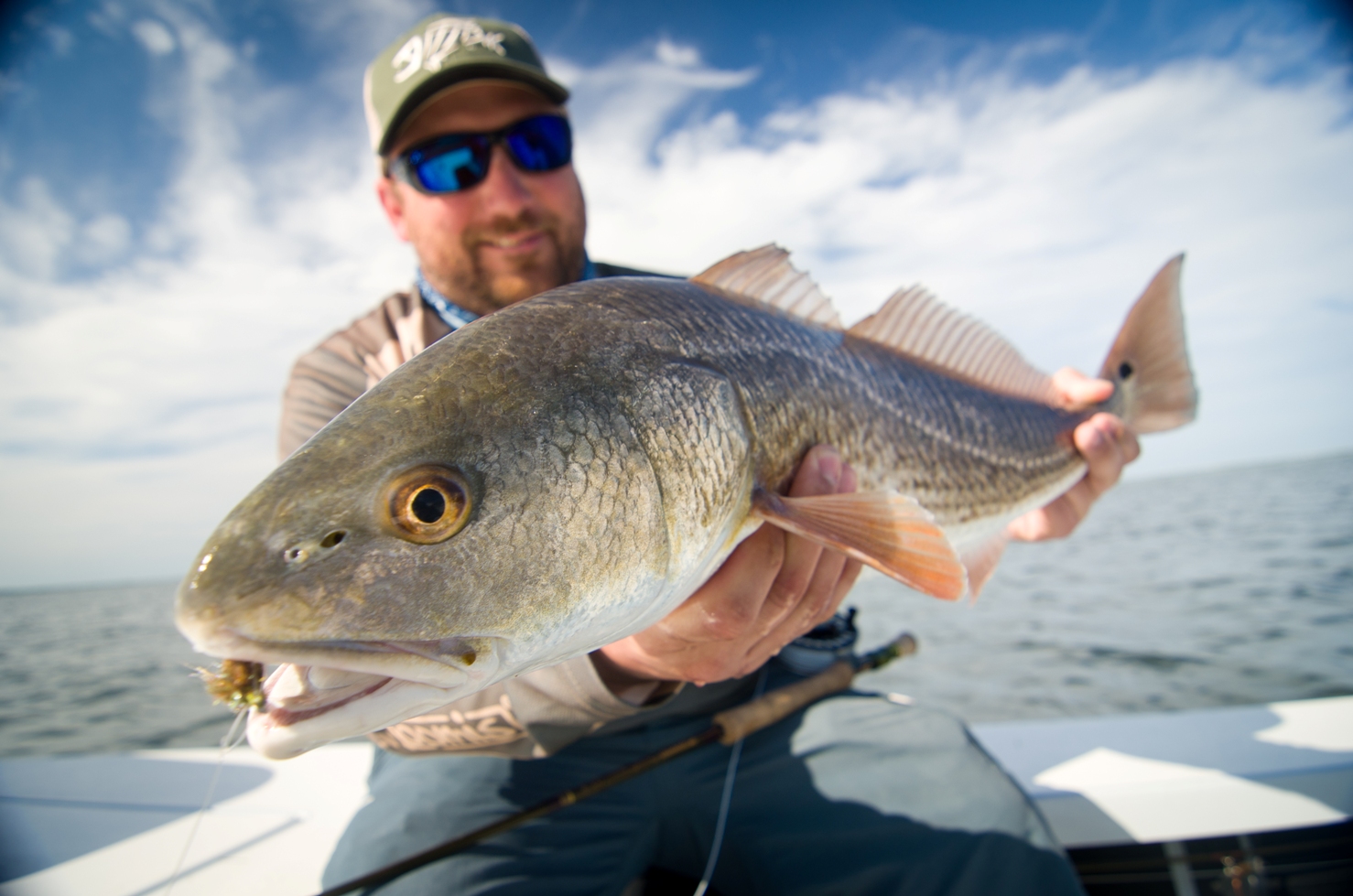 This past weekend my buddy Honson Lau and I fished a fly fishing tournament over on the West Coast of FL. called the Salty Fly held at Little Harbor Resort in Ruskin, FL. This 2 day event is known to be the worlds largest fly fishing tournament in history. The first day is tournament day where the most combined inches of 2 redfish and 1 sea trout take the win. The second day is a poling/casting competition which is optional.

This tournament is loads of fun and is open to the public. If you haven’t been to one, you are missing out on a great event at a very nice venue. There were 100 teams entered this year where my team “RCI Optics” came in 4th place. Big thanks to Sam Root and all of the sponsors involved to make this tournament happen. I’m definitely looking forward to next year. For more info on the Salty Fly Tournament visit: www.saltyflytournament.com. 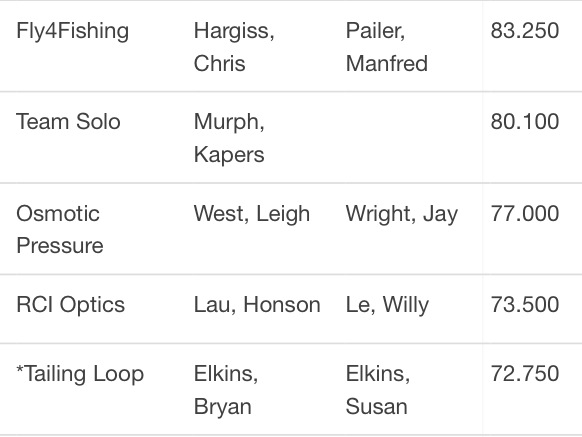 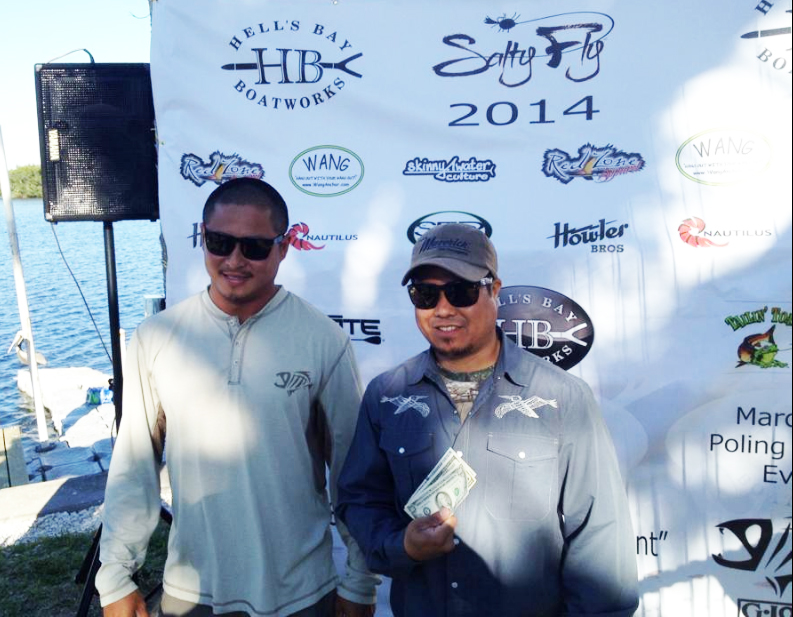 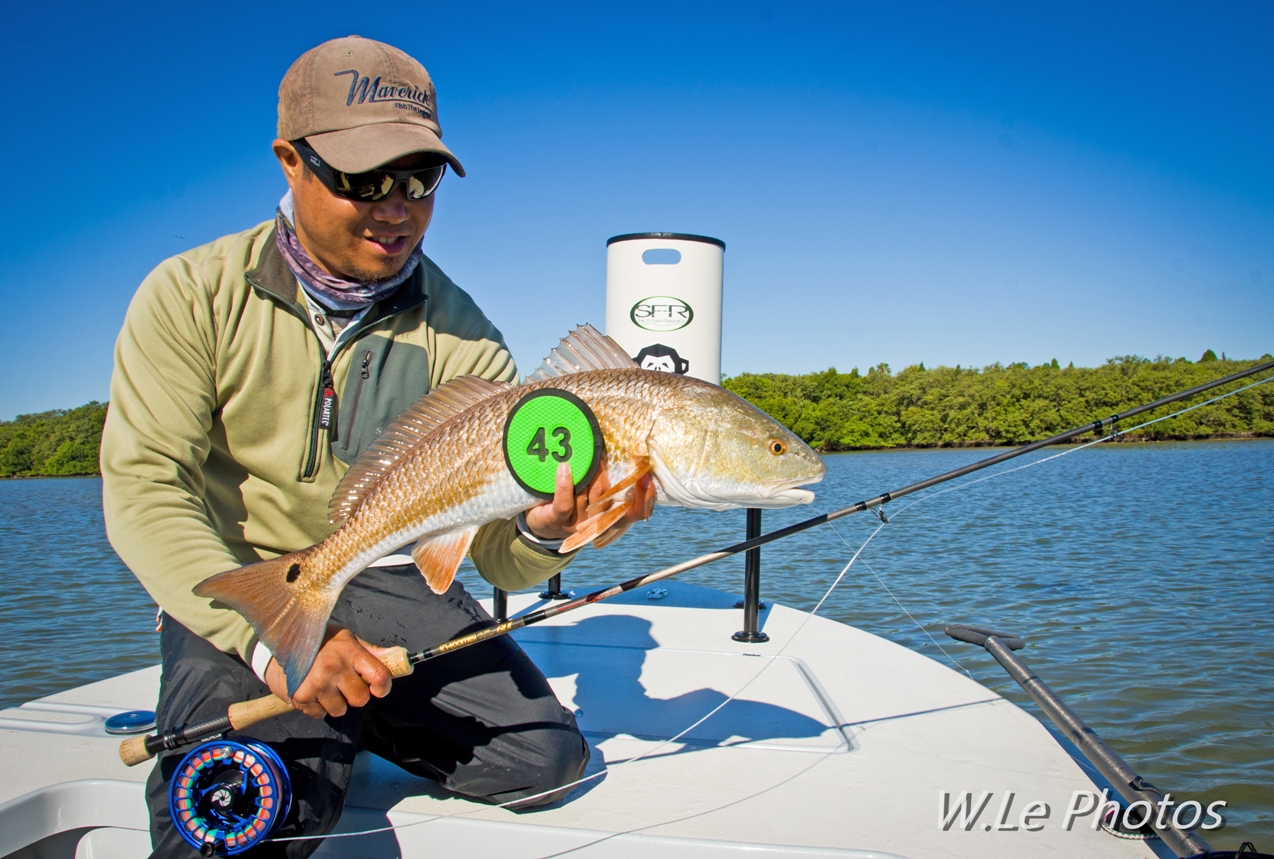 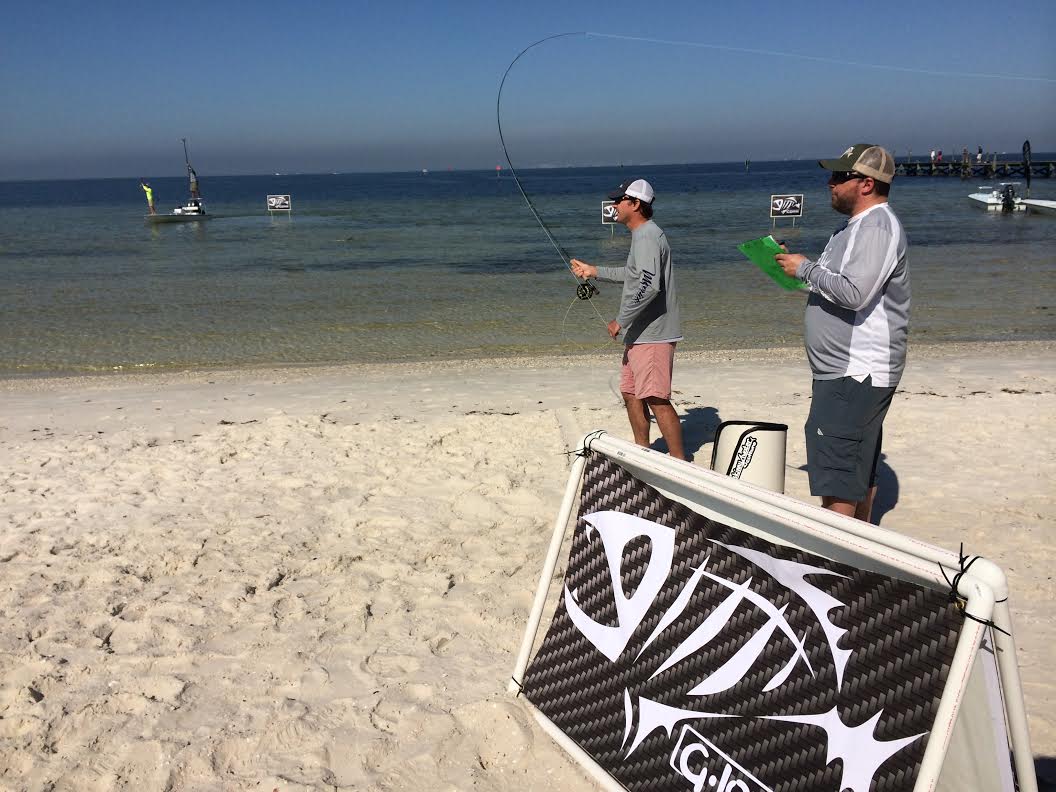