Tarpon fishing is now in full swing in my region which is why you will see more Tarpon photos from me this time of year than Redfish. Don’t get me wrong, Redfishing is a blast and still good right now, but I like to take advantage of the few months a year that the Tarpon can be sight fished on the flats, plus I think the Redfish need a break for a little bit.

Water level in the Lagoons this month remain high and the visibility is impressively clear. Sea grass is another thing that is making the marine life very happy right now. We’ve lost a lot of our sea grass in the Mosquito Lagoon, Indian River and Banana River due to the freeze we had back in 2010 followed by back to back algae blooms in the Summer months. Most of our productive grass flats especially in the Indian and Banana Rivers had turned into an underwater desert and the fish left those areas because of lack of food. But now, I’m seeing a very nice comeback with both grass and marine life in those same areas that were ghost towns 2 years ago.

Here are some stories and photos of this months anglers and their catches.

Roman and his 10 year old son “Nacho” from Uruguay enjoyed a great day casting and jumping a few Tarpon in the morning followed by some redfishing in the afternoon. Roman would cast to and hook the fish then hand it off to his son to fight and reel in to the boat. Great father and son day! 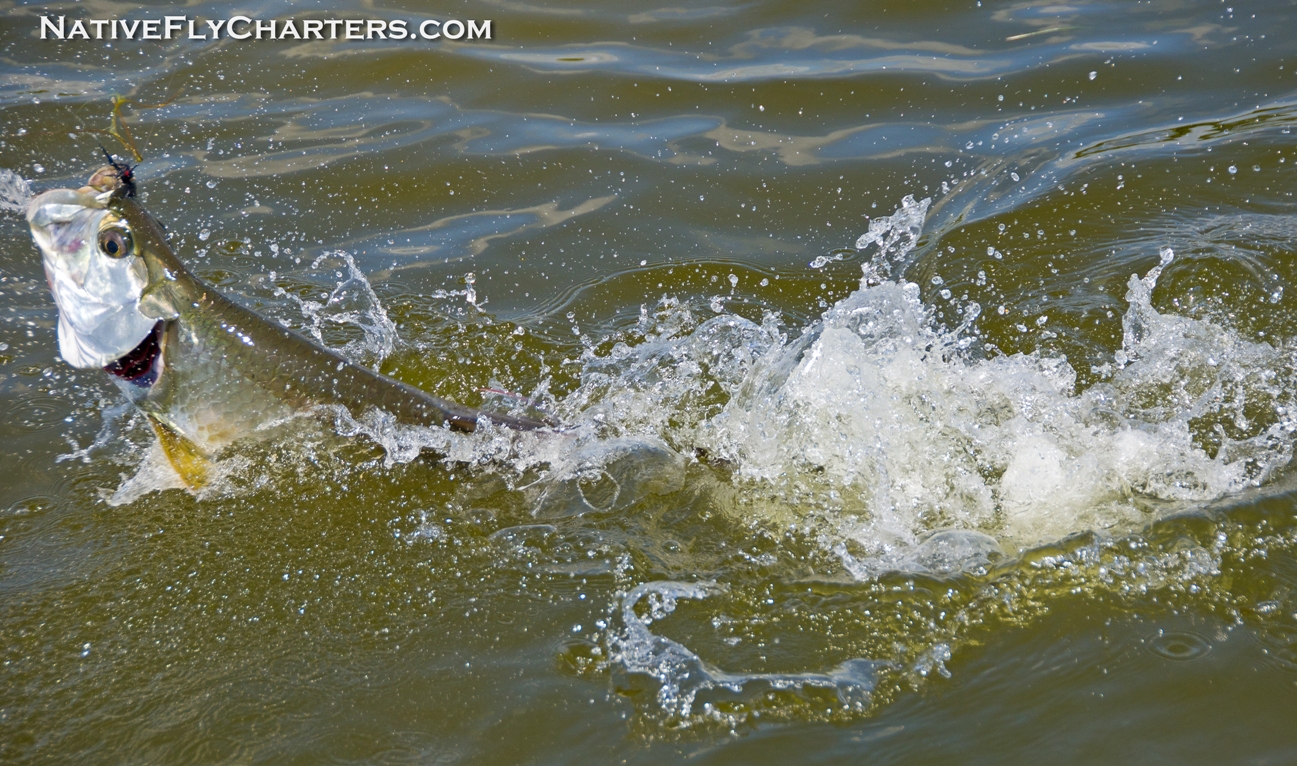 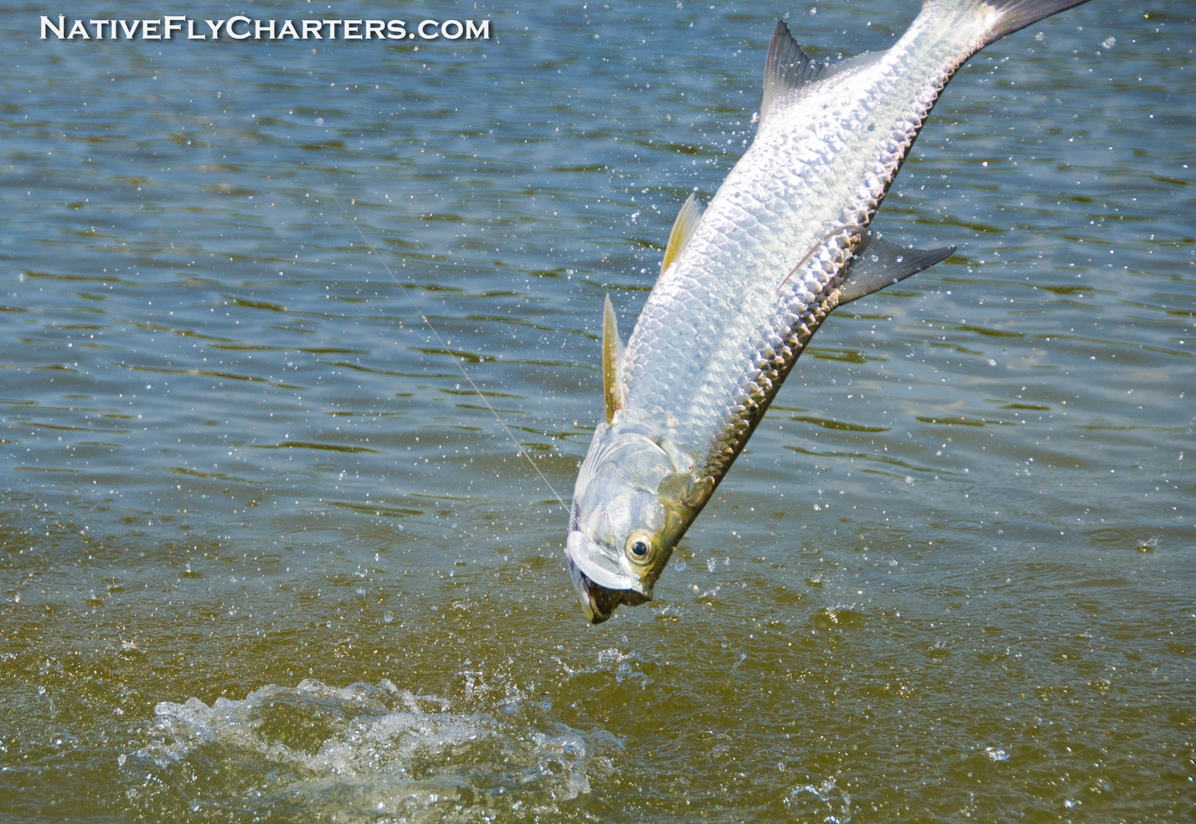 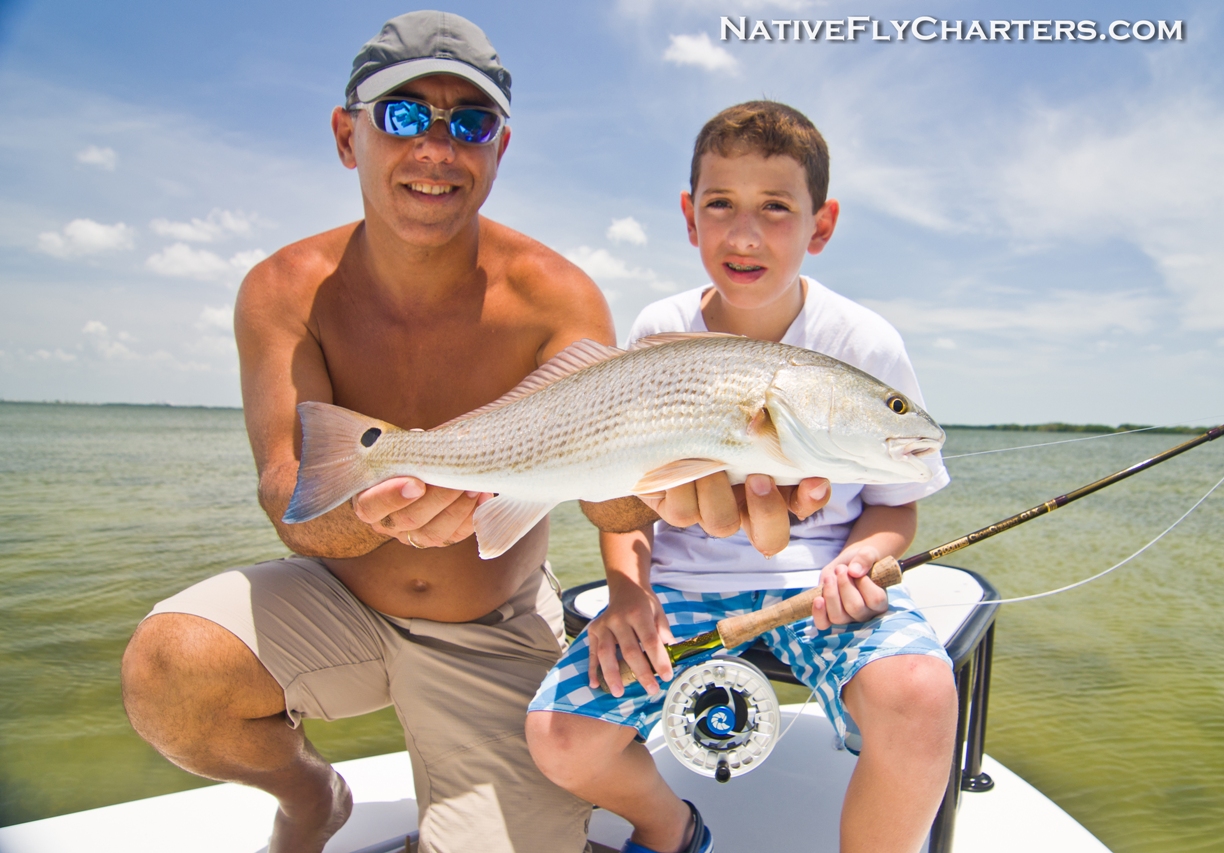 Kathleen and Mark work with Patagonia www.patagonia.com and were in town for the ICast fishing tradeshow in Orlando, FL. We had tough full moon fishing conditions this day, the fish were there but extremely spooky. This was Kathleens 2nd time fly fishing so she was amped up catching small Sea Trout. Mark had shots at schools of Black Drum finally getting one to eat after changing flies a few times and figuring out how to present the fly. 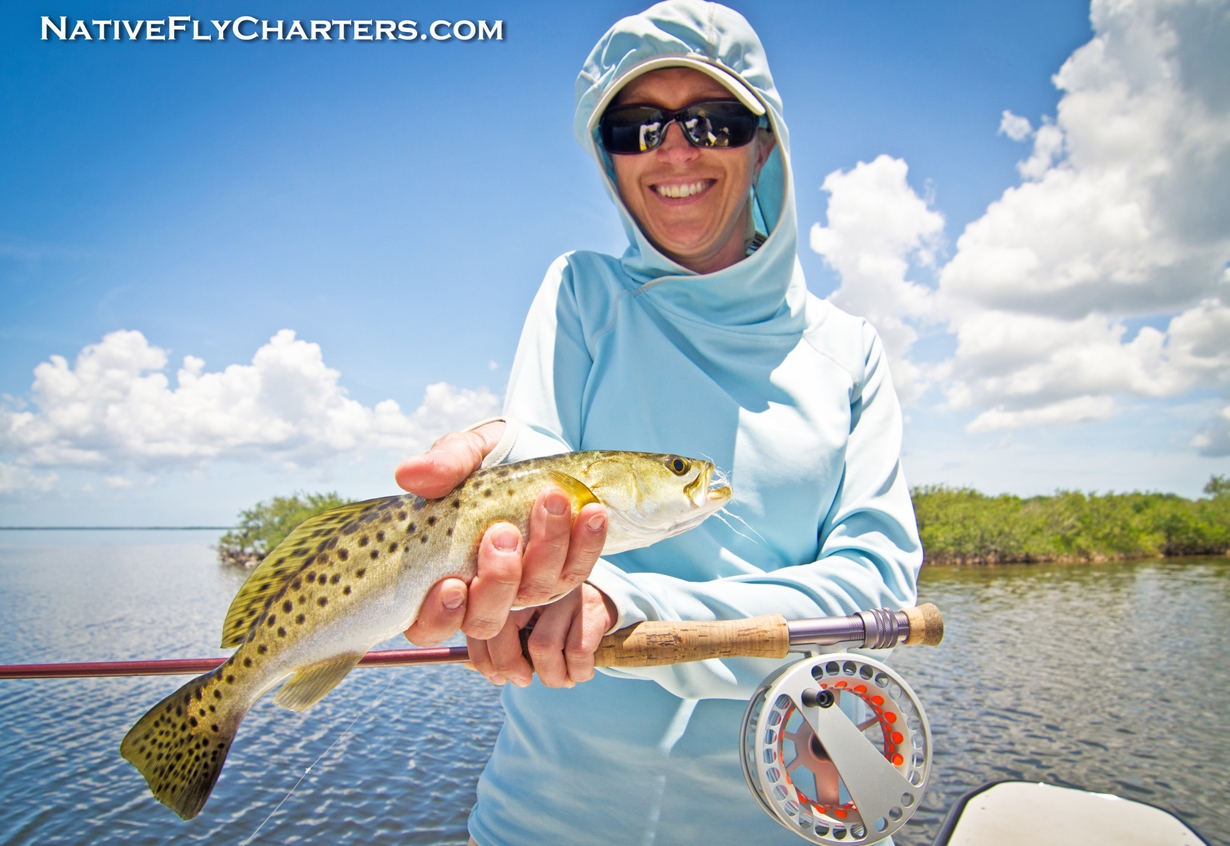 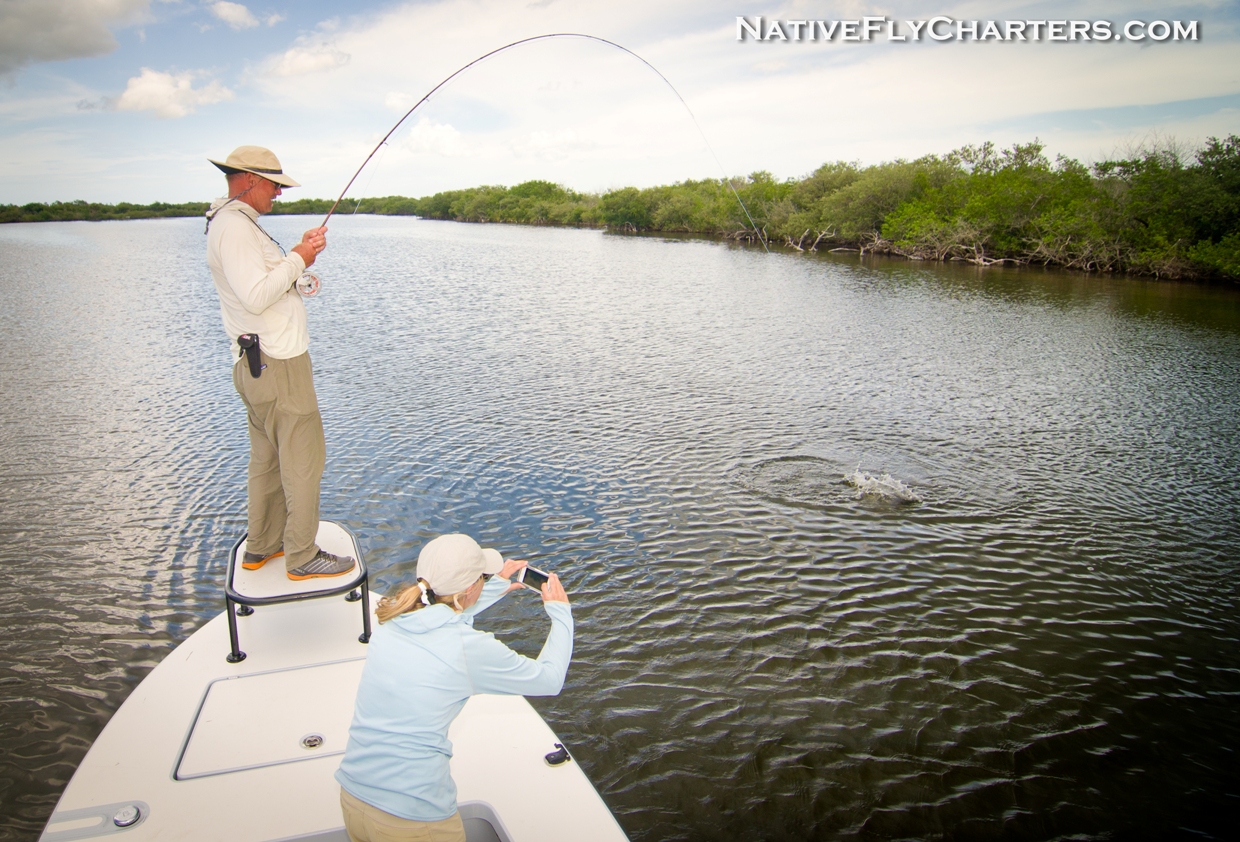 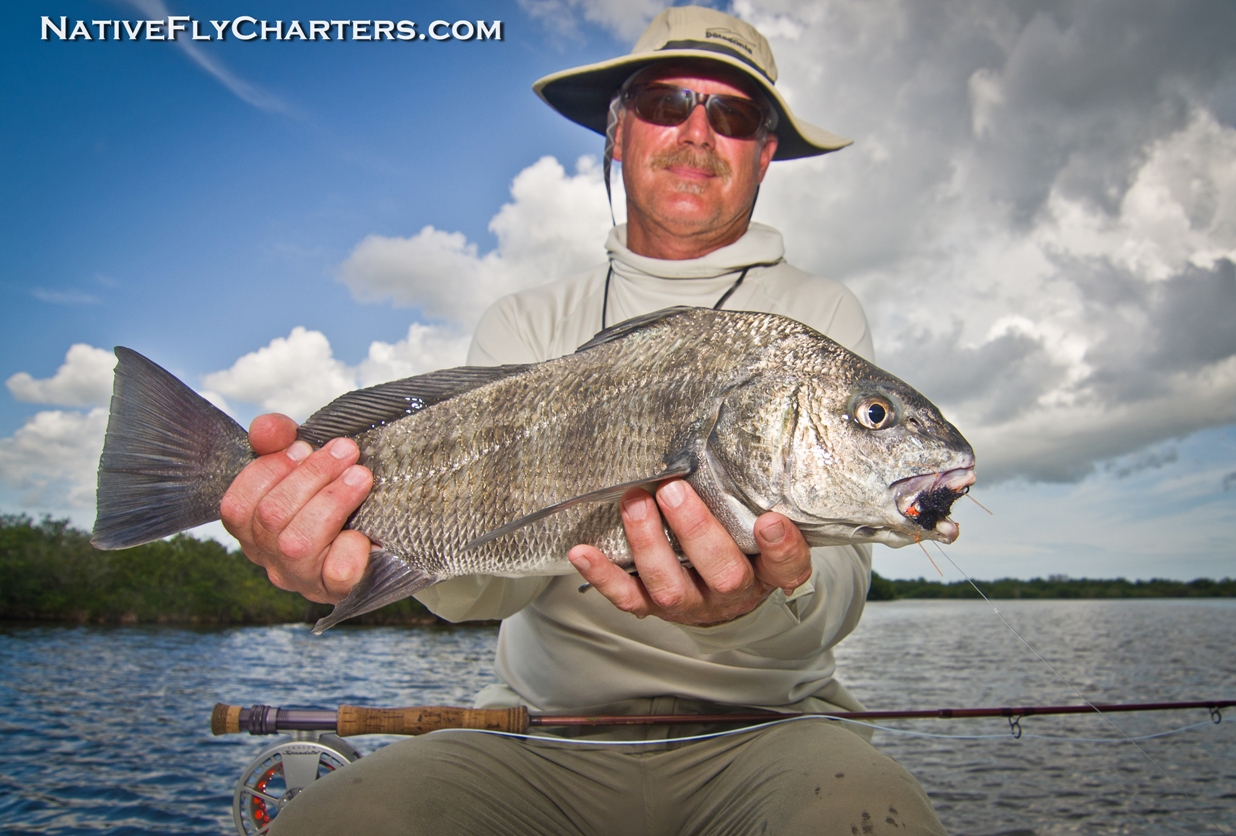 Kristen Mustad who is the president of Nautilus Fly Reels www.nautilusreels.com invited Mirjana from Fly Fishing Europe www.flyfishingeurope.de on a day with me while they were in town for ICast. Mirjana had multiple eats from Tarpon and Redfish but hooks kept pulling out. Kristen got on the bow for a few minutes and got a little Redfish to boat. Also, congrats to Kristen and the crew at Nautilus Reels for winning Best in Show Fresh and Saltwater Reel at ICast/IFTD 2014 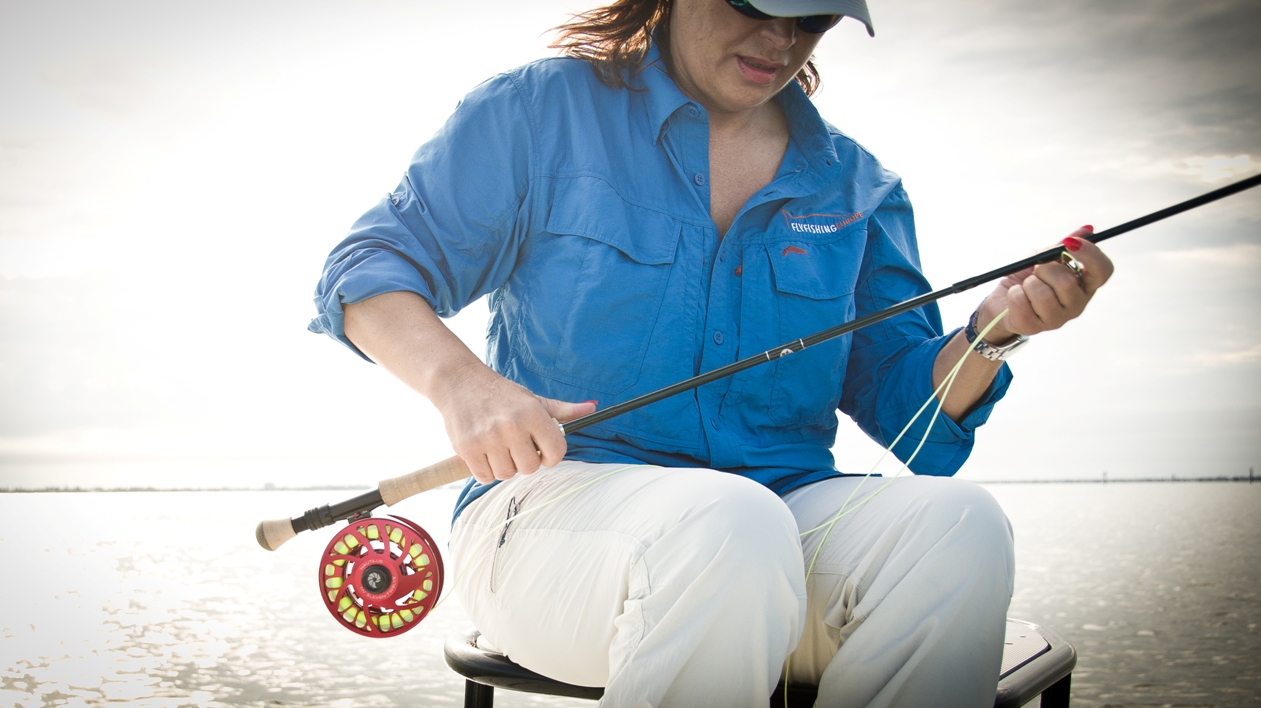 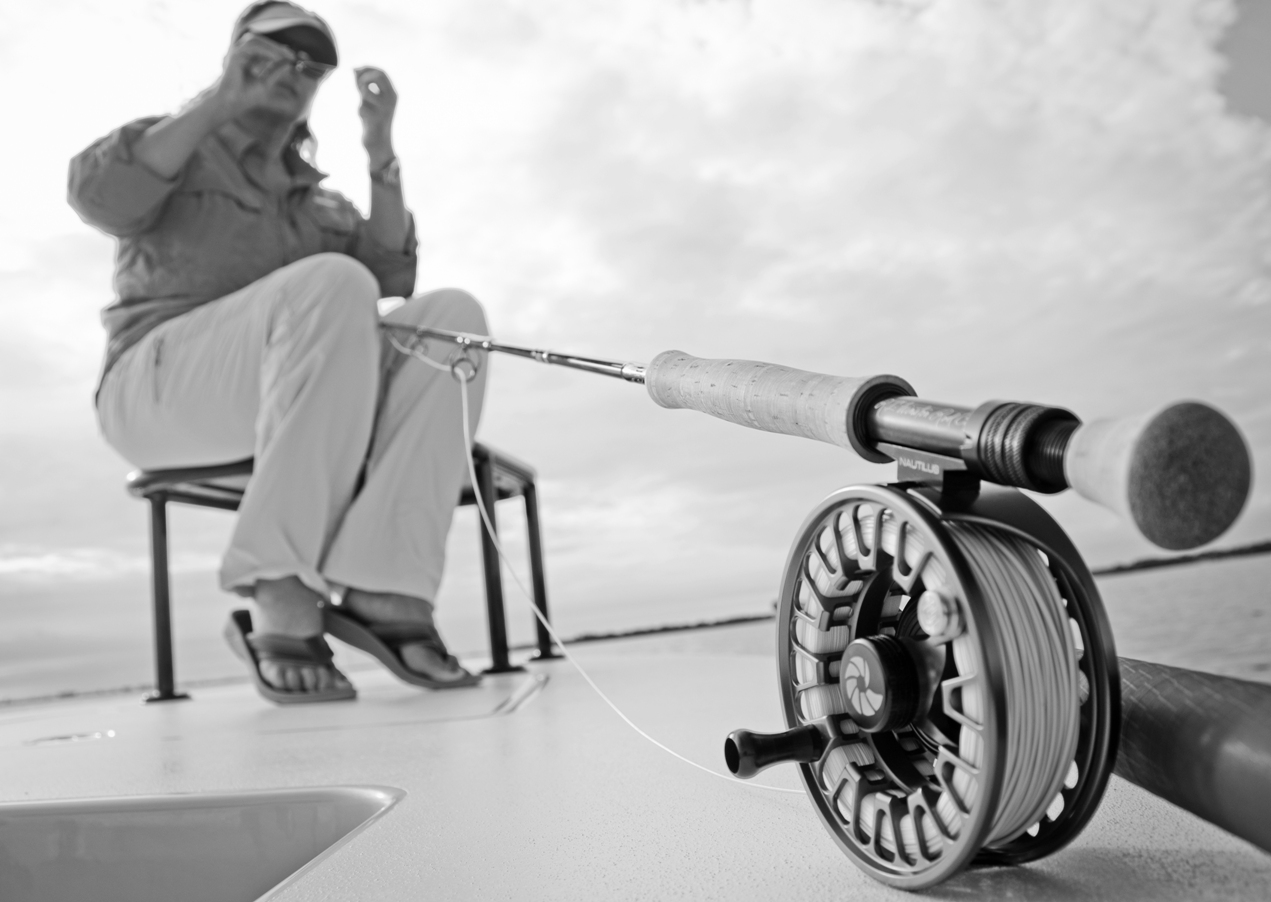 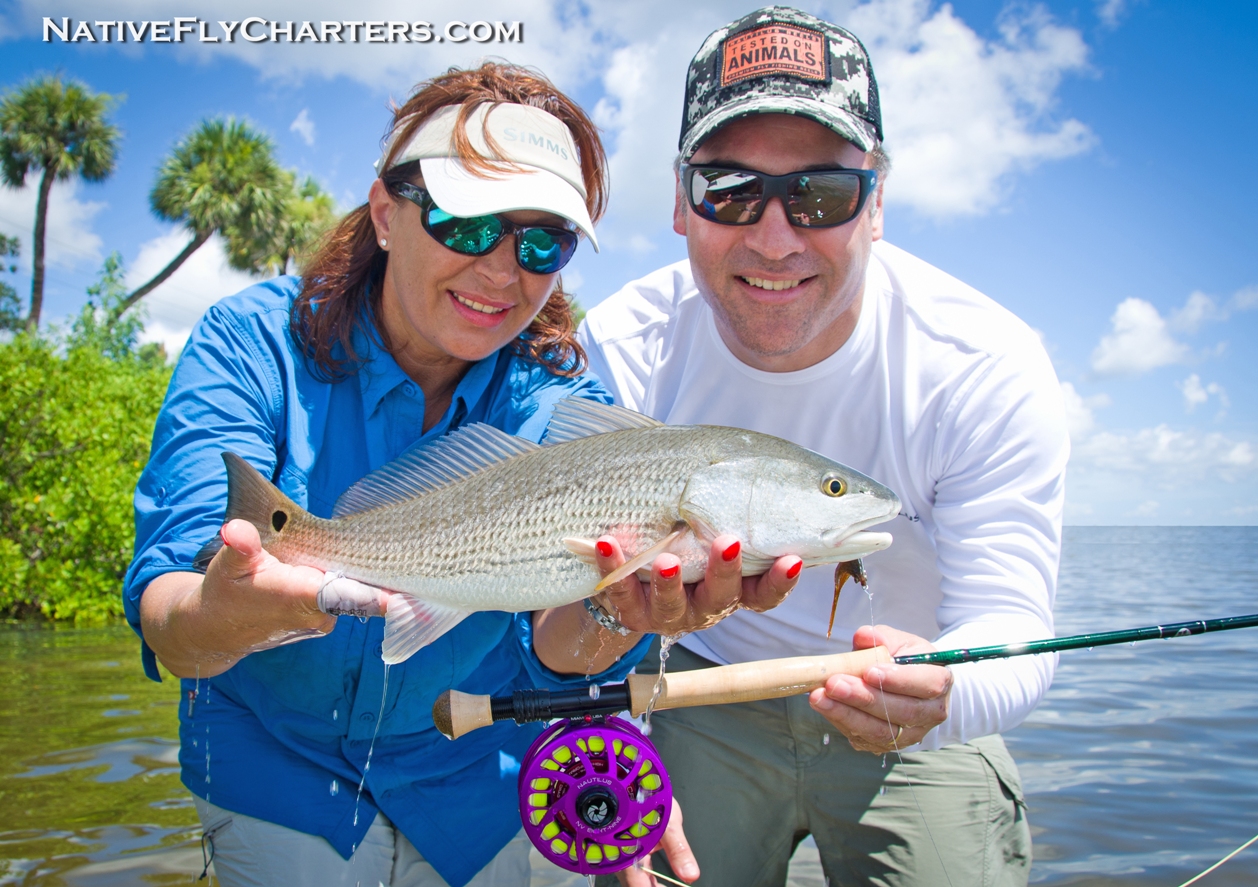 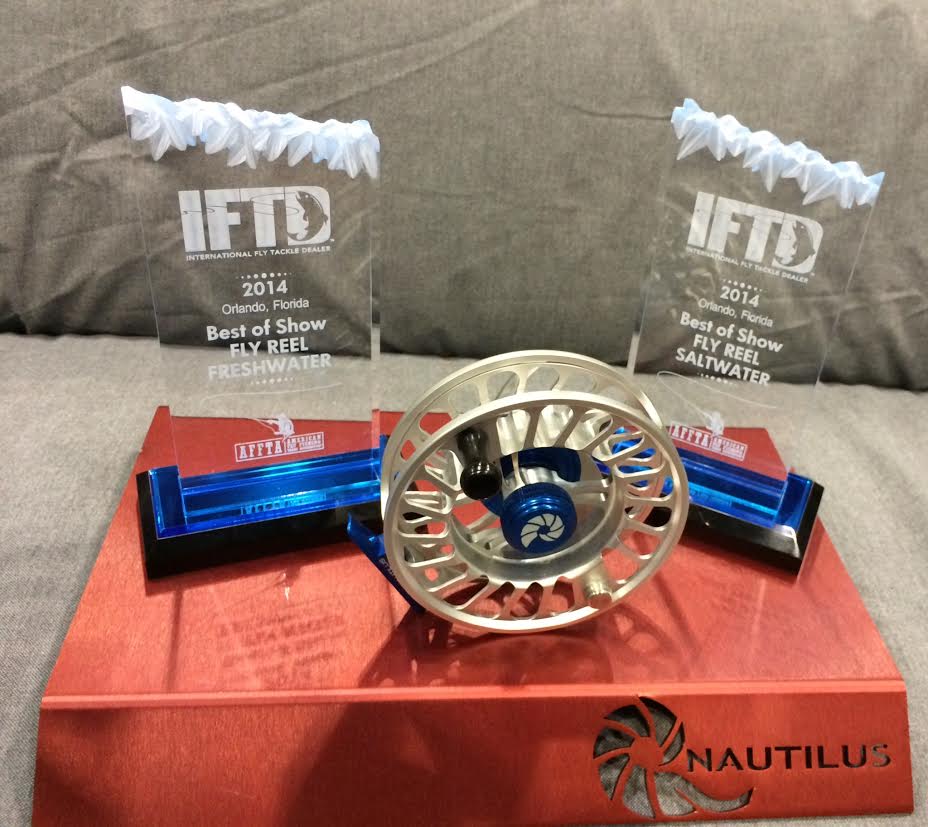 RW and his wife Lynn joined me in the Mosquito Lagoon to target Redfish. They had a great time sight casting D.O.A. Shadtails to schools, crawling, and cruising fish from 5 to 30lbs. The smaller ones were the more cooperative ones this day. 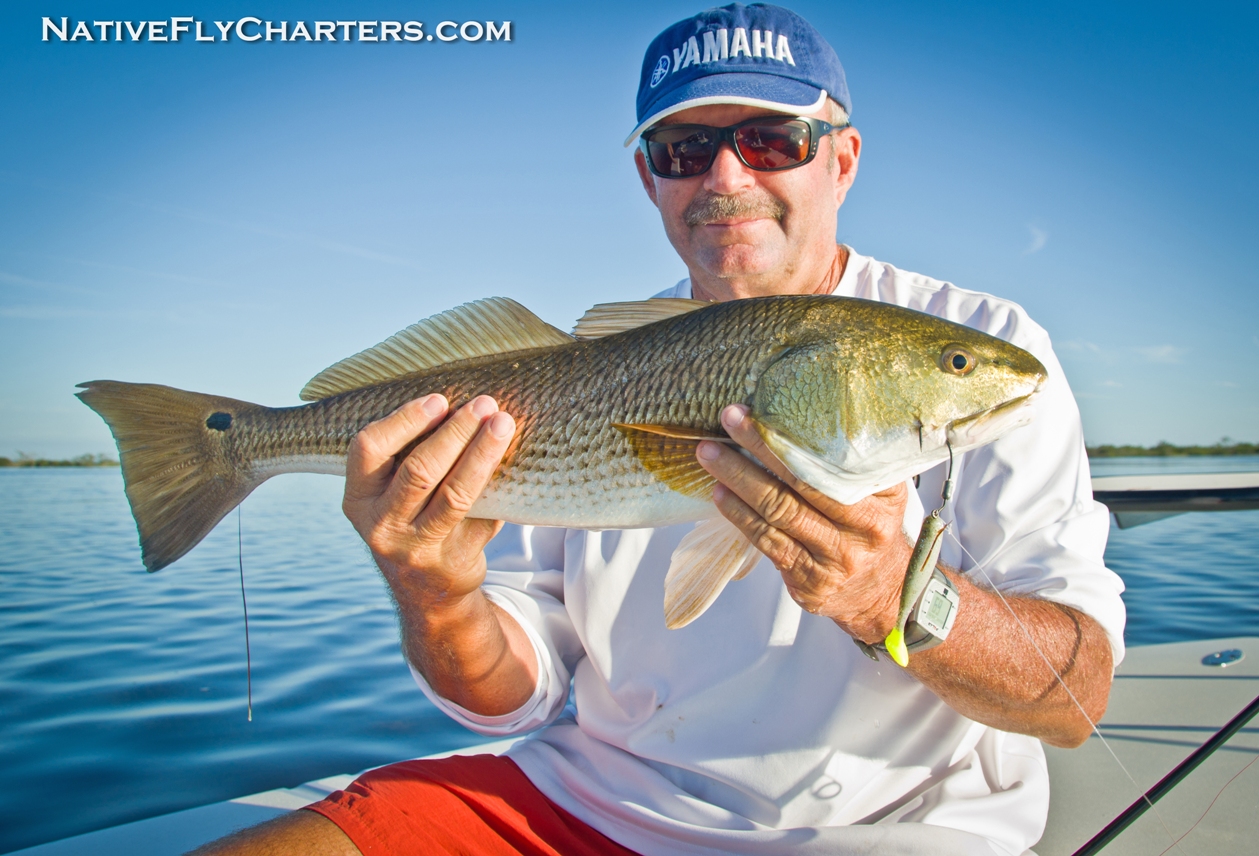 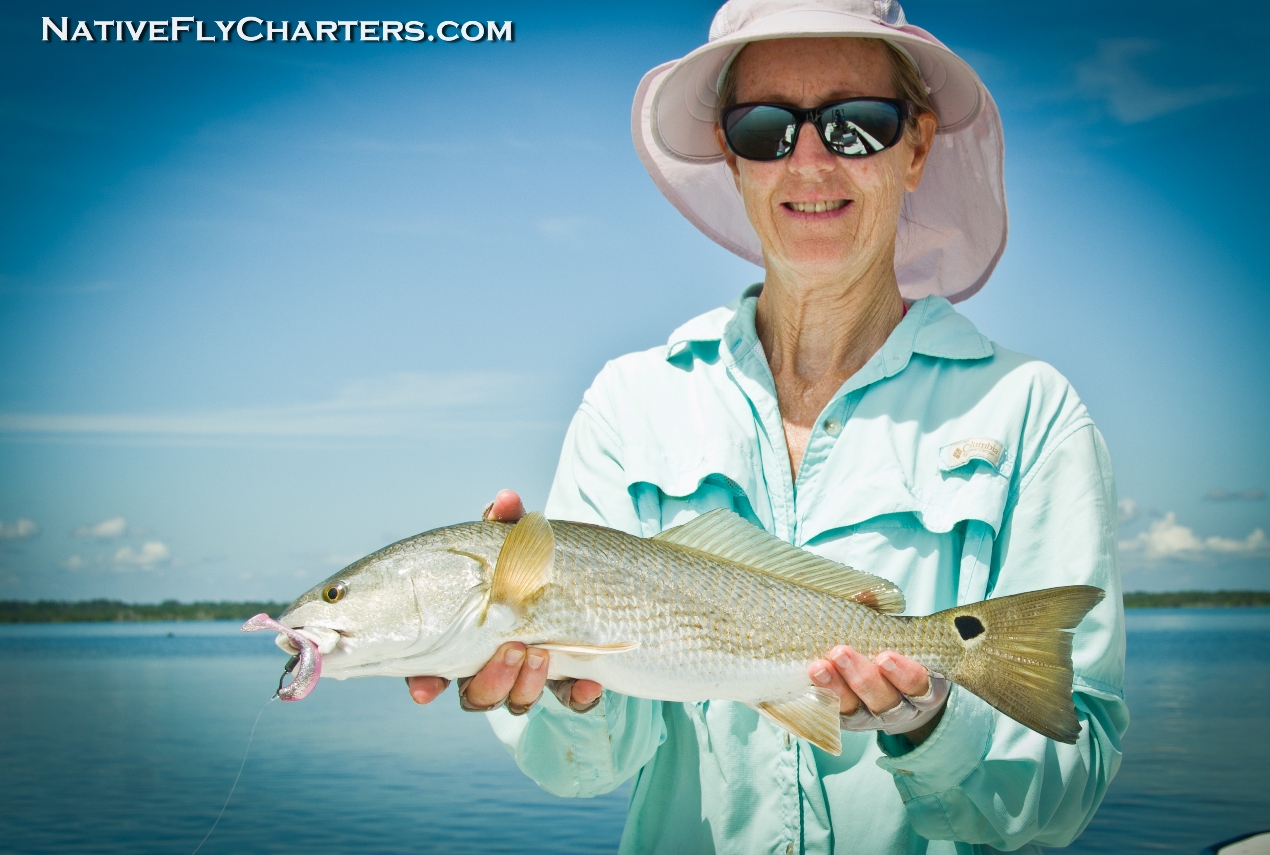 Dominic joined me to specifically target tarpon on the fly. Lots of shots were had at rolling and laid up fish, but the thing with Tarpon fishing is that everything has to align perfectly in order to get the fish to eat, and landing one. 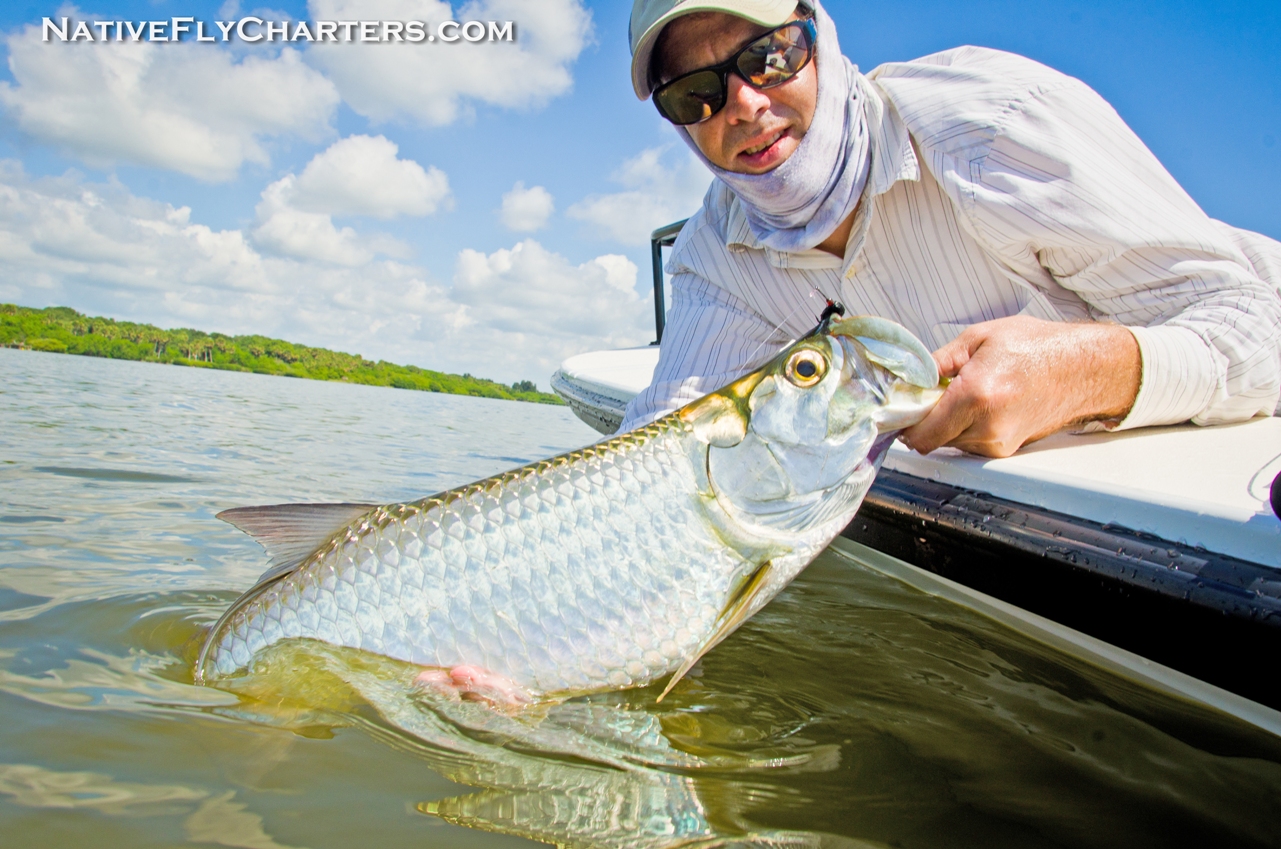 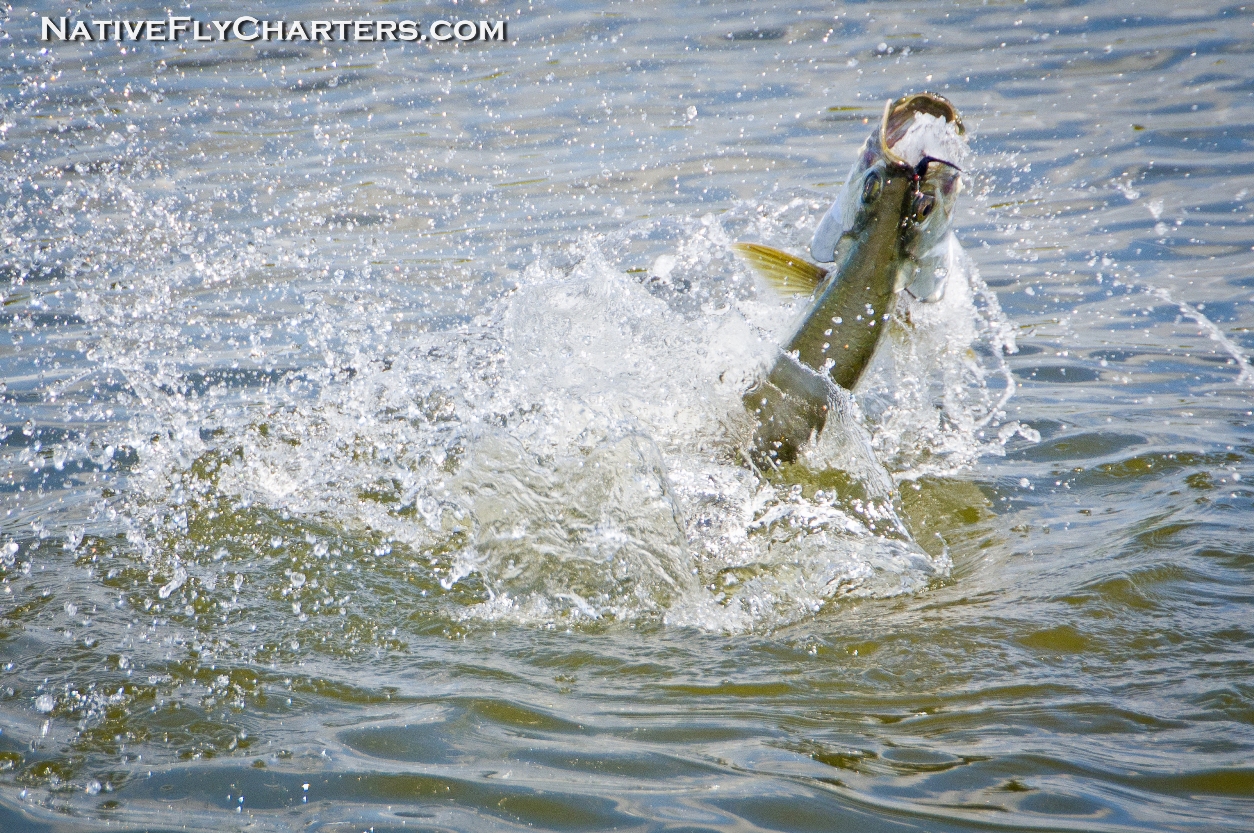 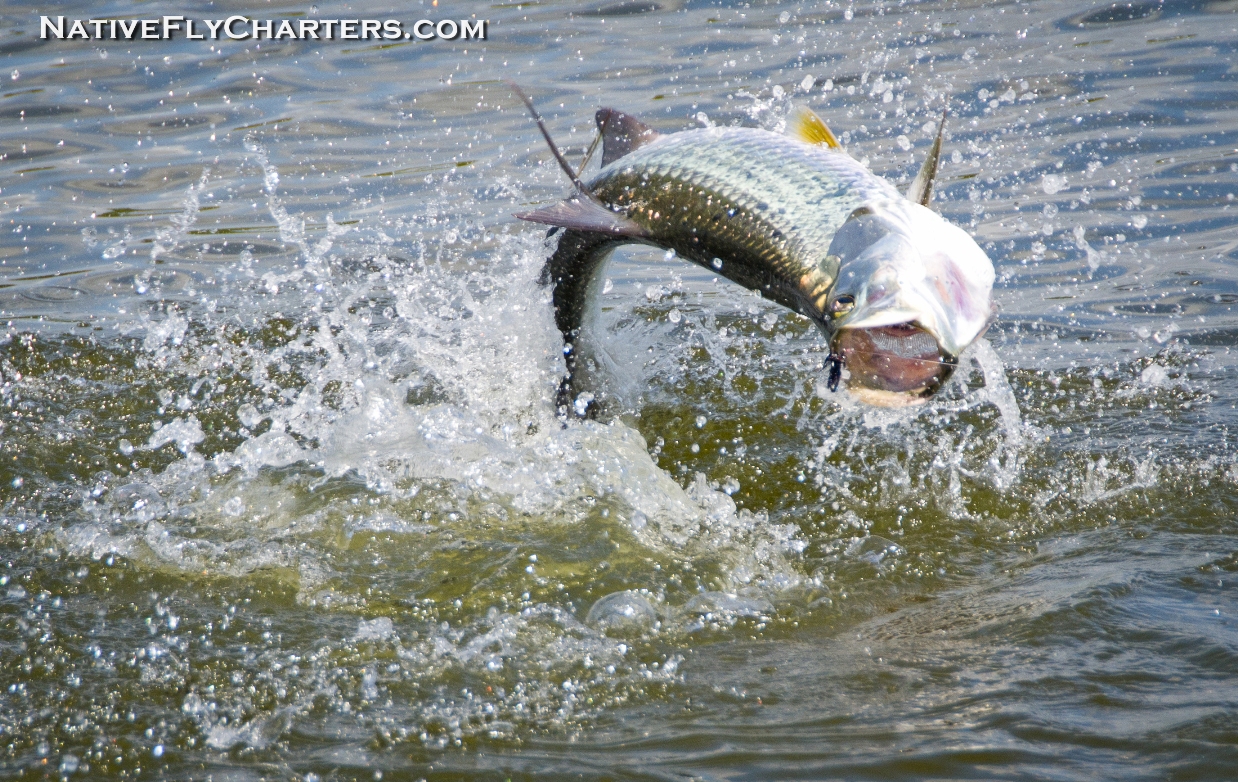 And some miscellaneous photos of fishing with my friends. 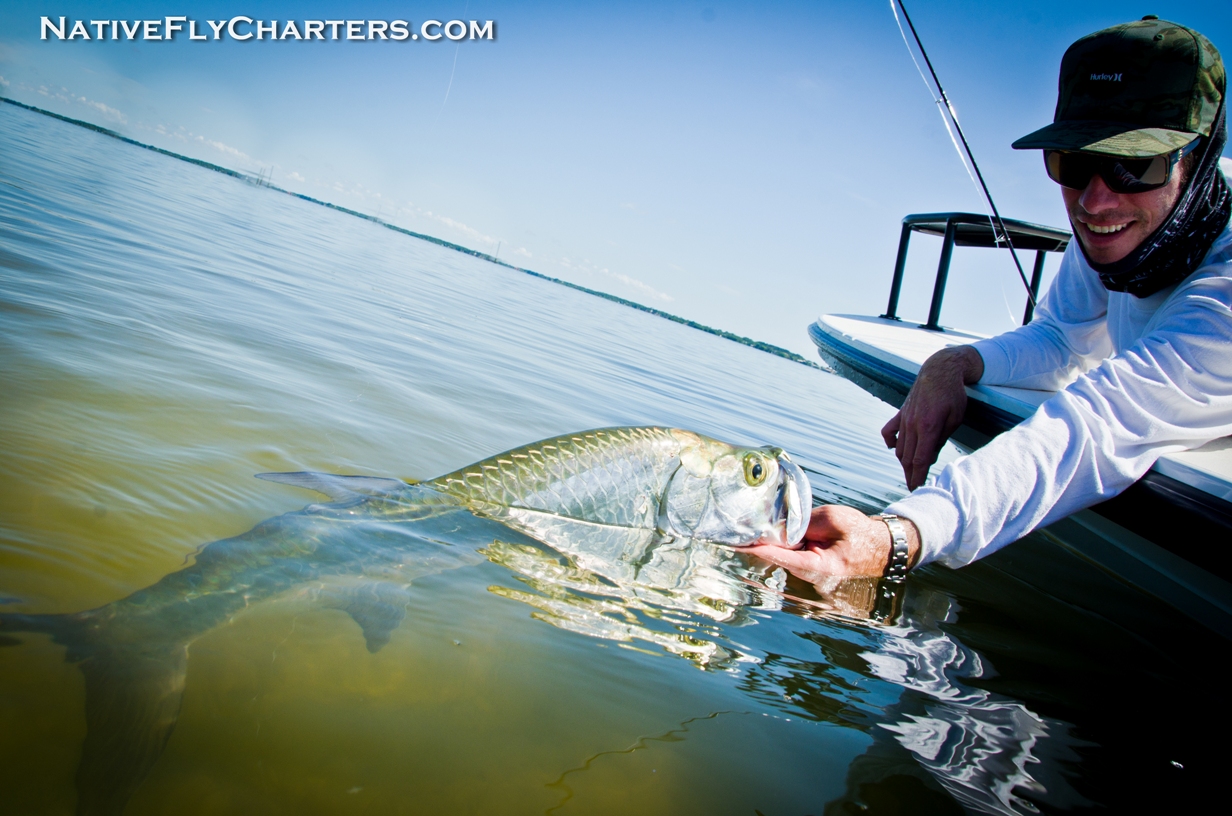 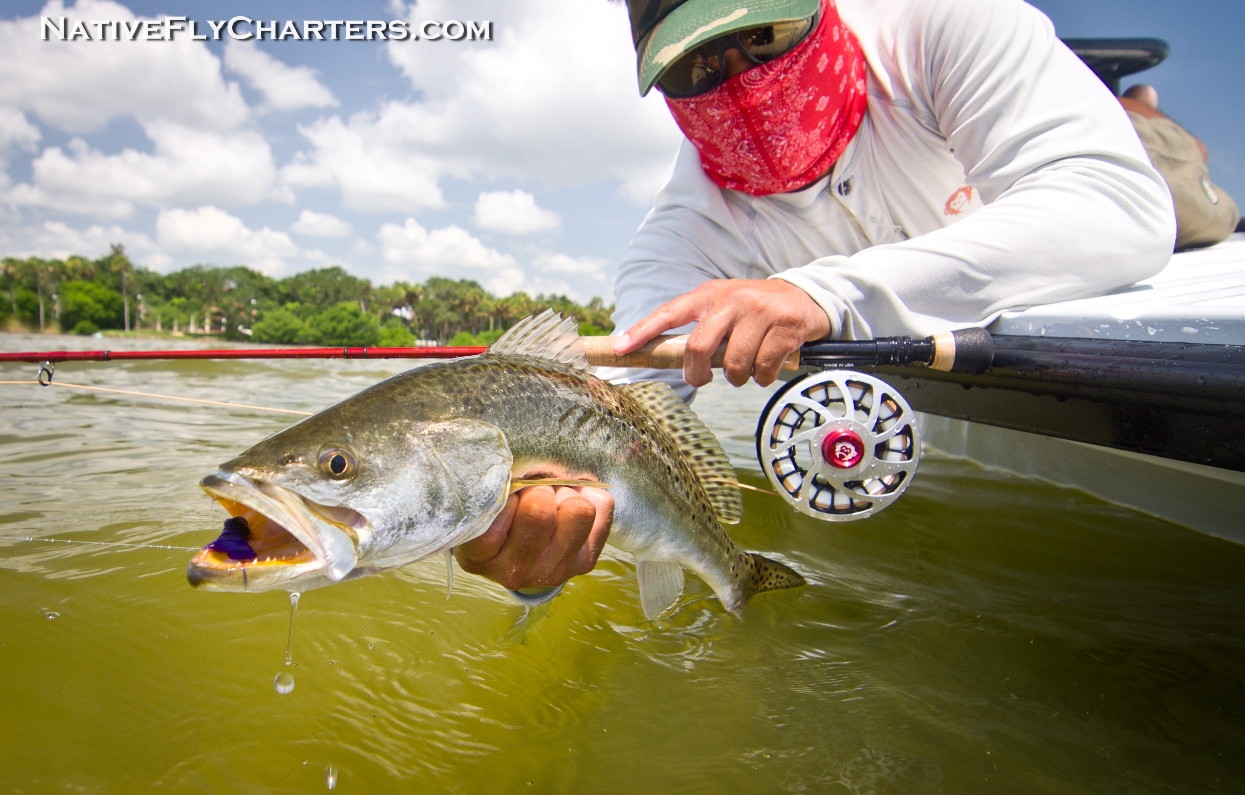 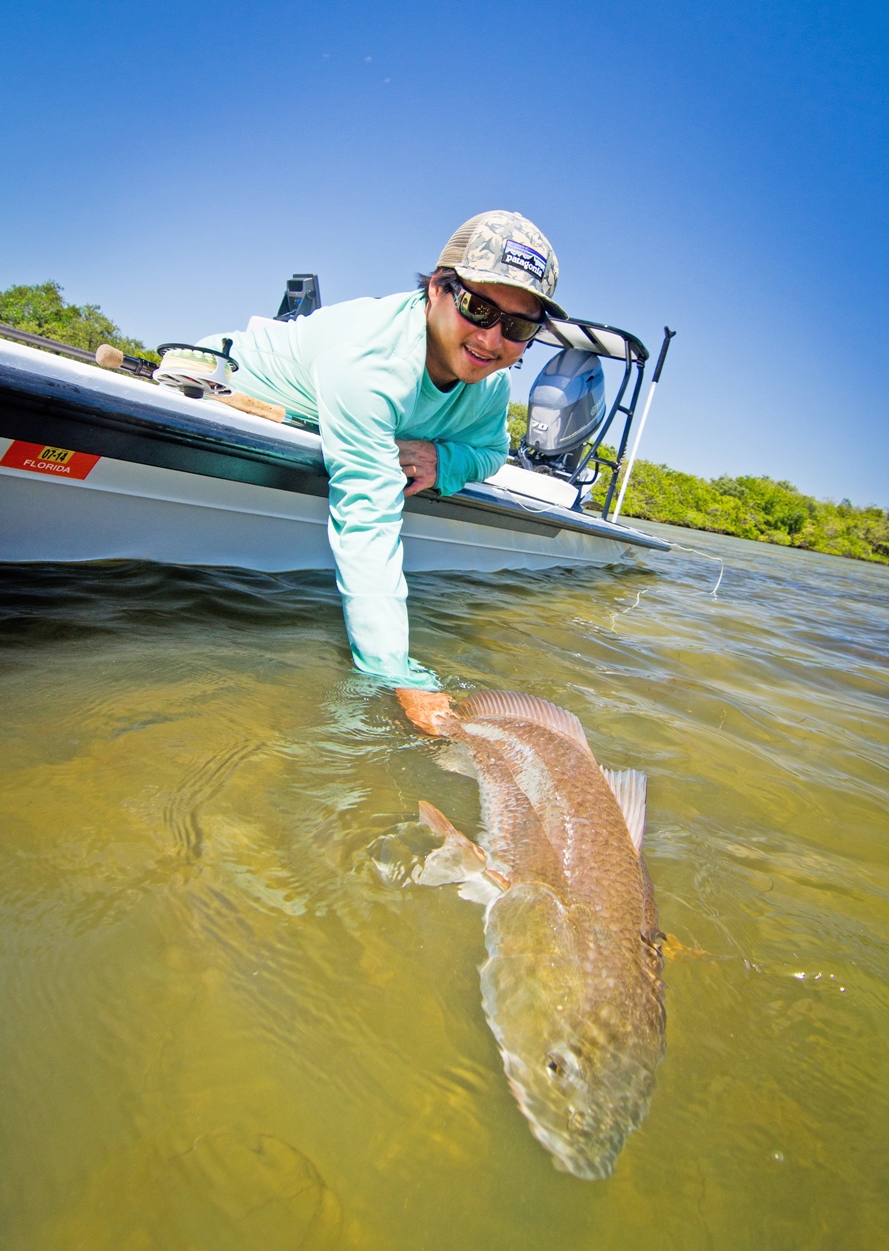 Tarpon fishing will remain good all through August so check back next month for some new actions shots of jumping Tarpon and stories of my anglers!