Hello and Welcome to Native Fly’s monthly fishing report and news. October is one of my favorite months to fish. Mullet are plentiful in the Lagoons and the predators are not too far away from them. We had a great Summer this year with good weather, water conditions and good fishing, it seems like Fall is going to be just as good. Water level has still been on the high side this month due to all the rain we’ve gotten all Summer. Water clarity is fair to good in most cases depending on what area you are fishing.

With the water being so high, I’ve been able to fish further back in the backcountry hiding from society finding plenty of hungry fish, mostly redfish. Sea Trout have been a little tough and hard to find lately due to murkier water, but the Tarpon and Snook have taken their place. Since the beginning of the month was still Summer-like conditions, the tarpon bite was excellent. Towards the end of the month, we had a few fronts move in just enough to push them where ever they go hiding during the colder months. Snook are definitely showing more of themselves lately in the areas that were hit the hardest during the 2010 freeze, which is the northern part of the Indian River, the Banana River and Mosquito Lagoon, most of them in the 15-25″ range but that’s a great start.

Ming and Don from Canada had a great day fly fishing. It was their first time fly fishing in saltwater so it took a while to adjust, but once they did, the juvenile tarpon kept them busy through out the day as well as a couple redfish. 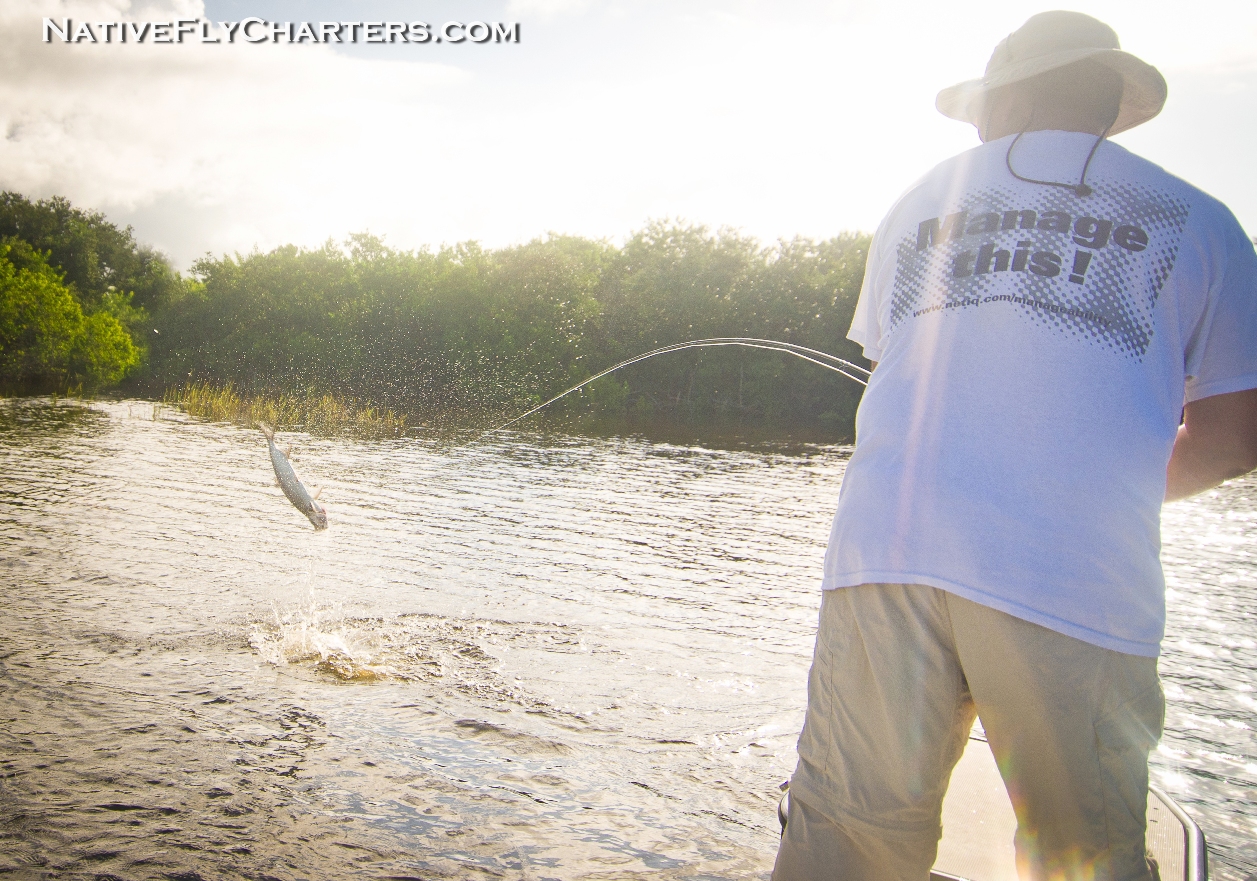 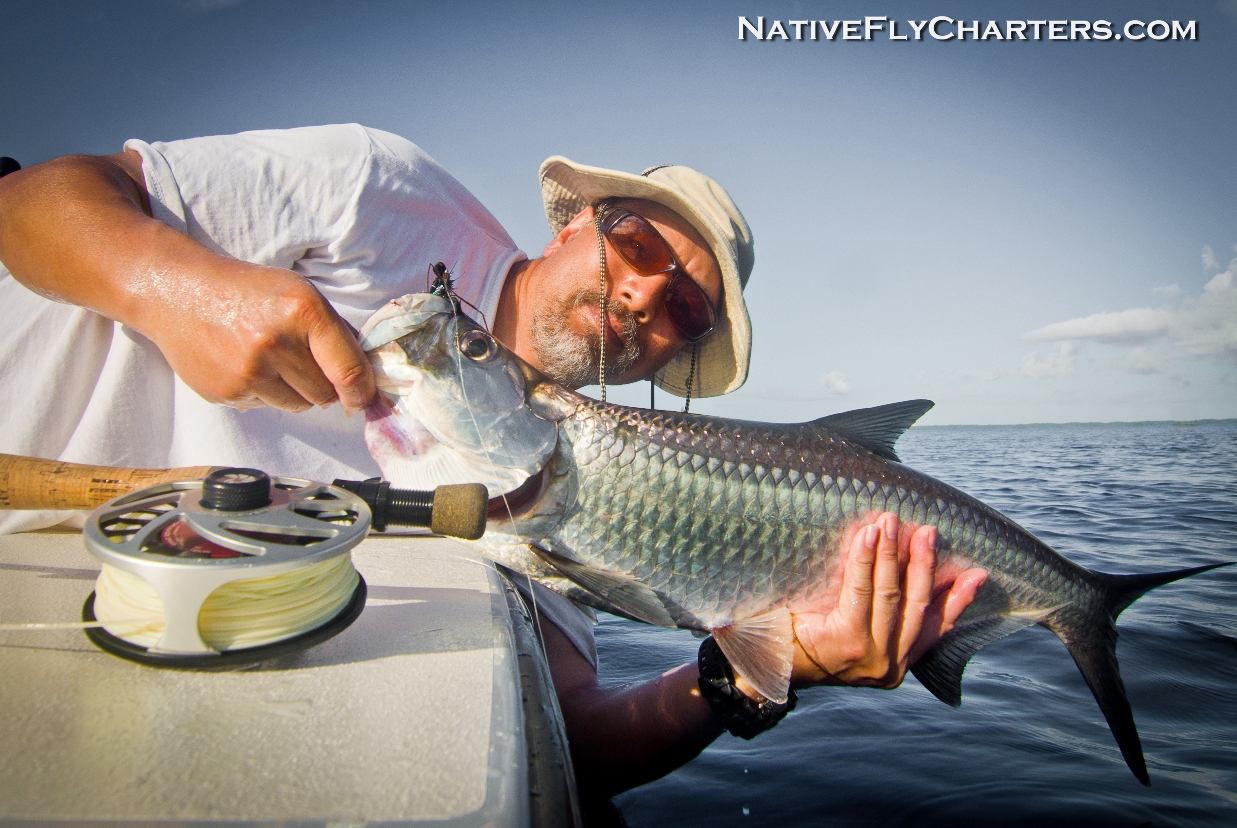 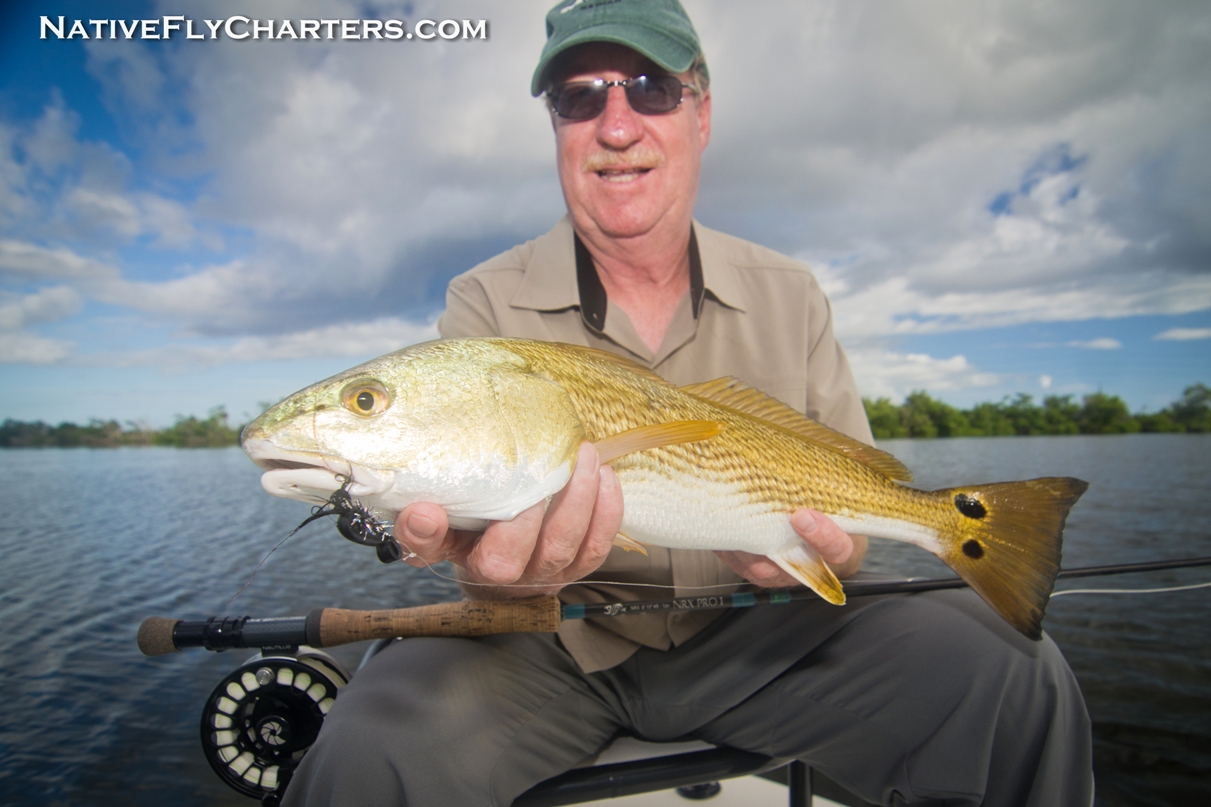 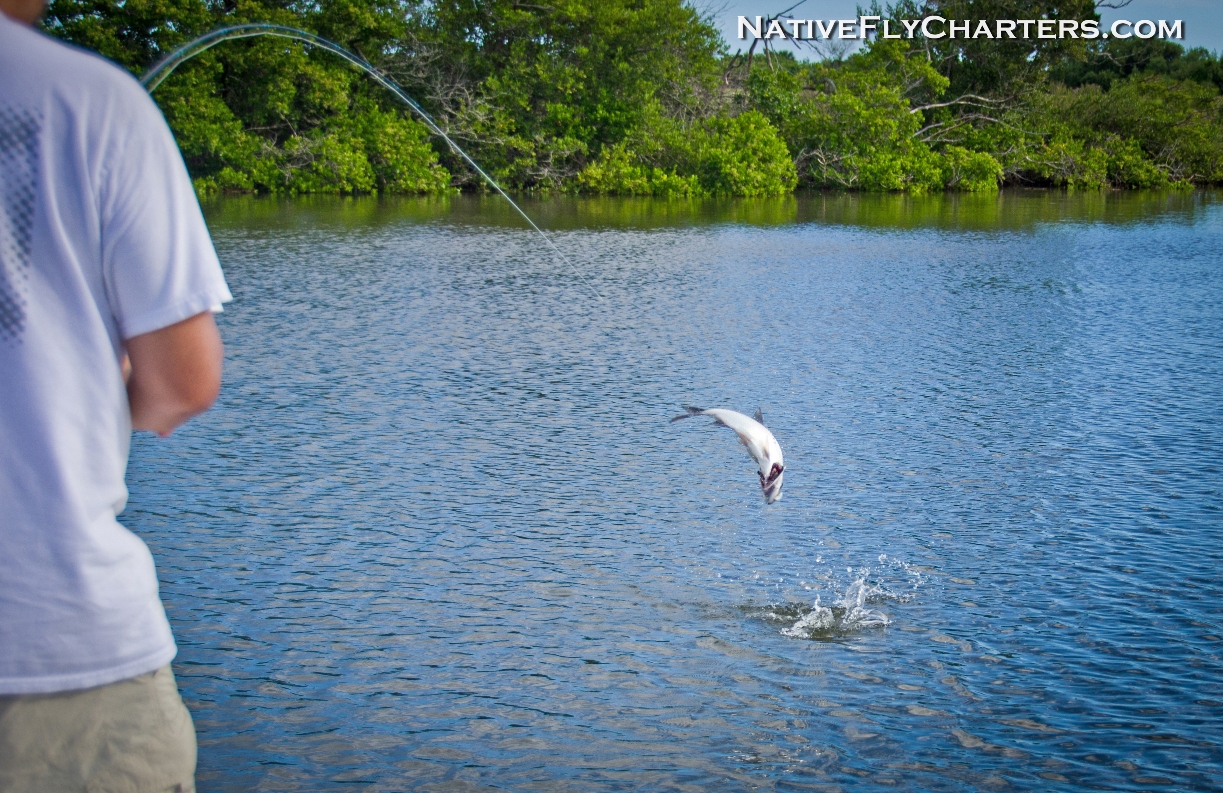 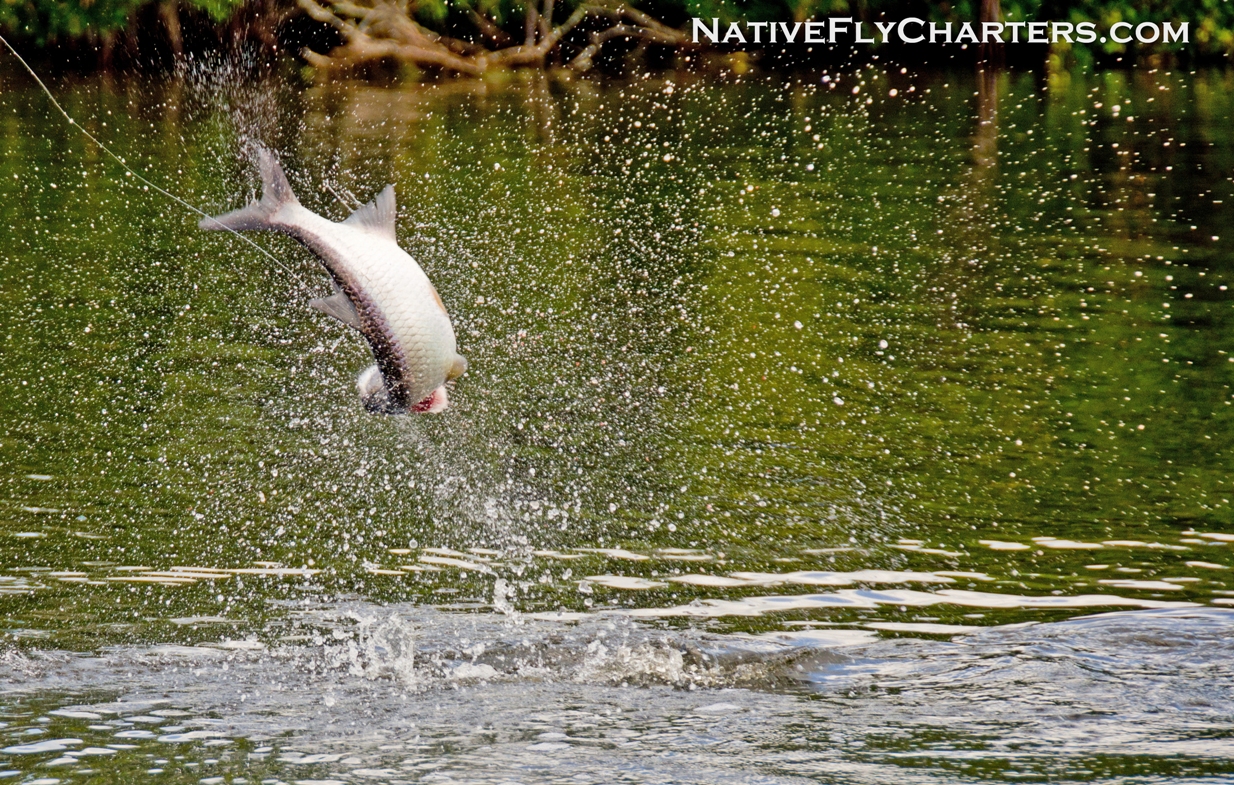 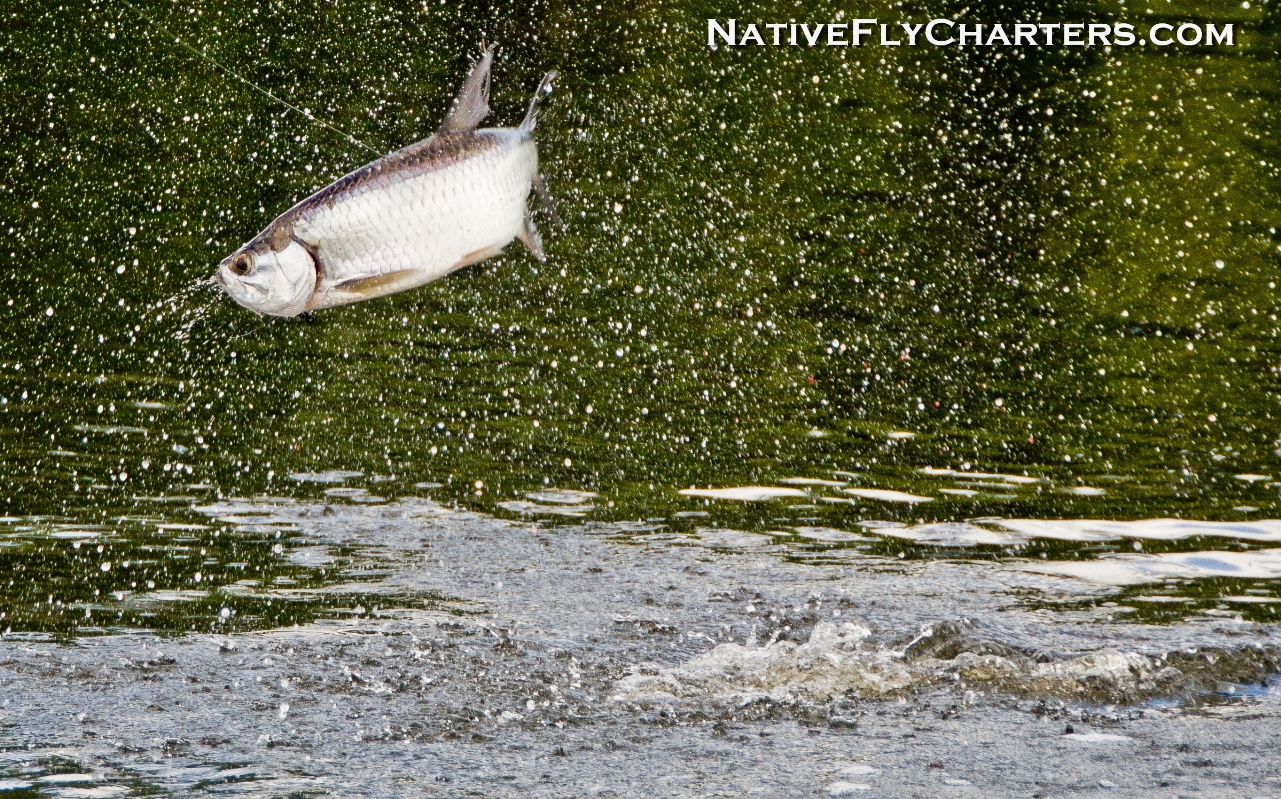 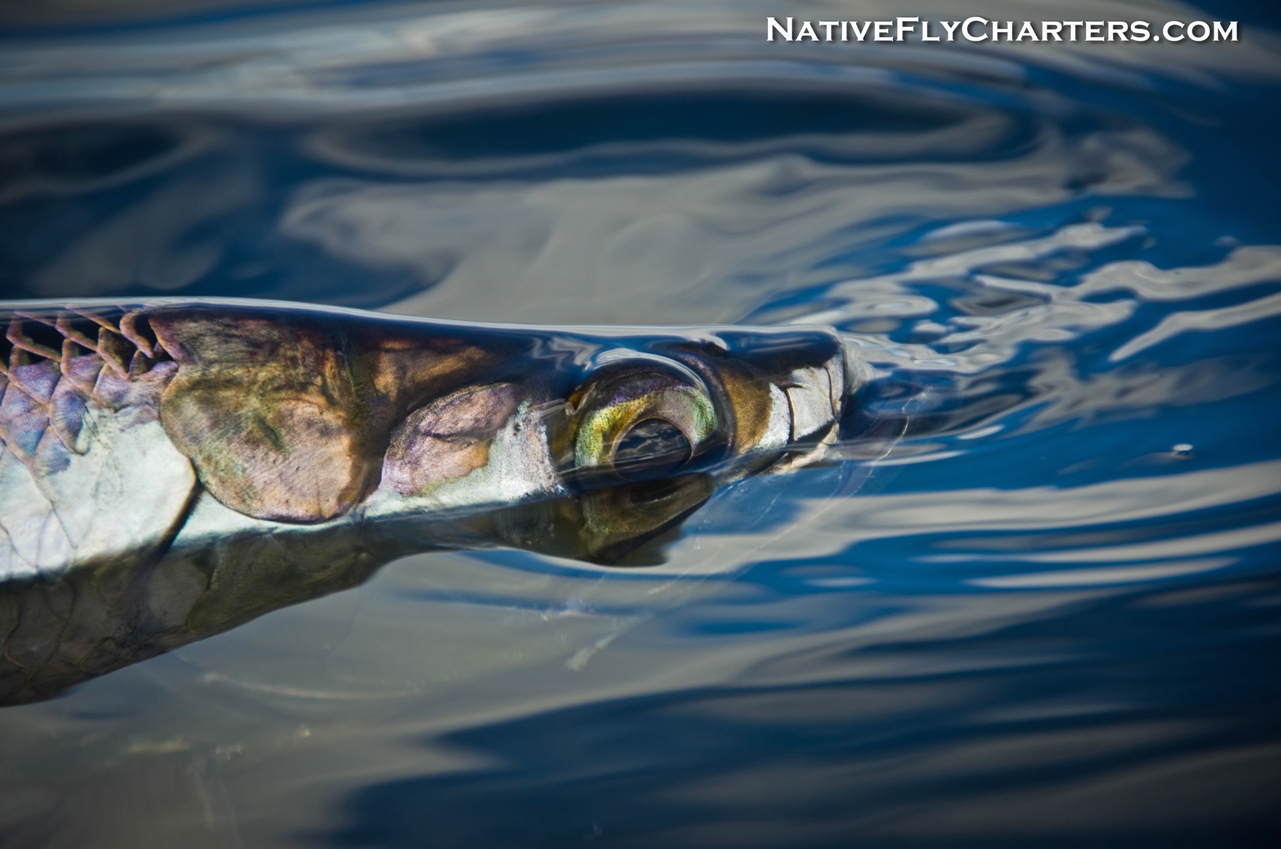 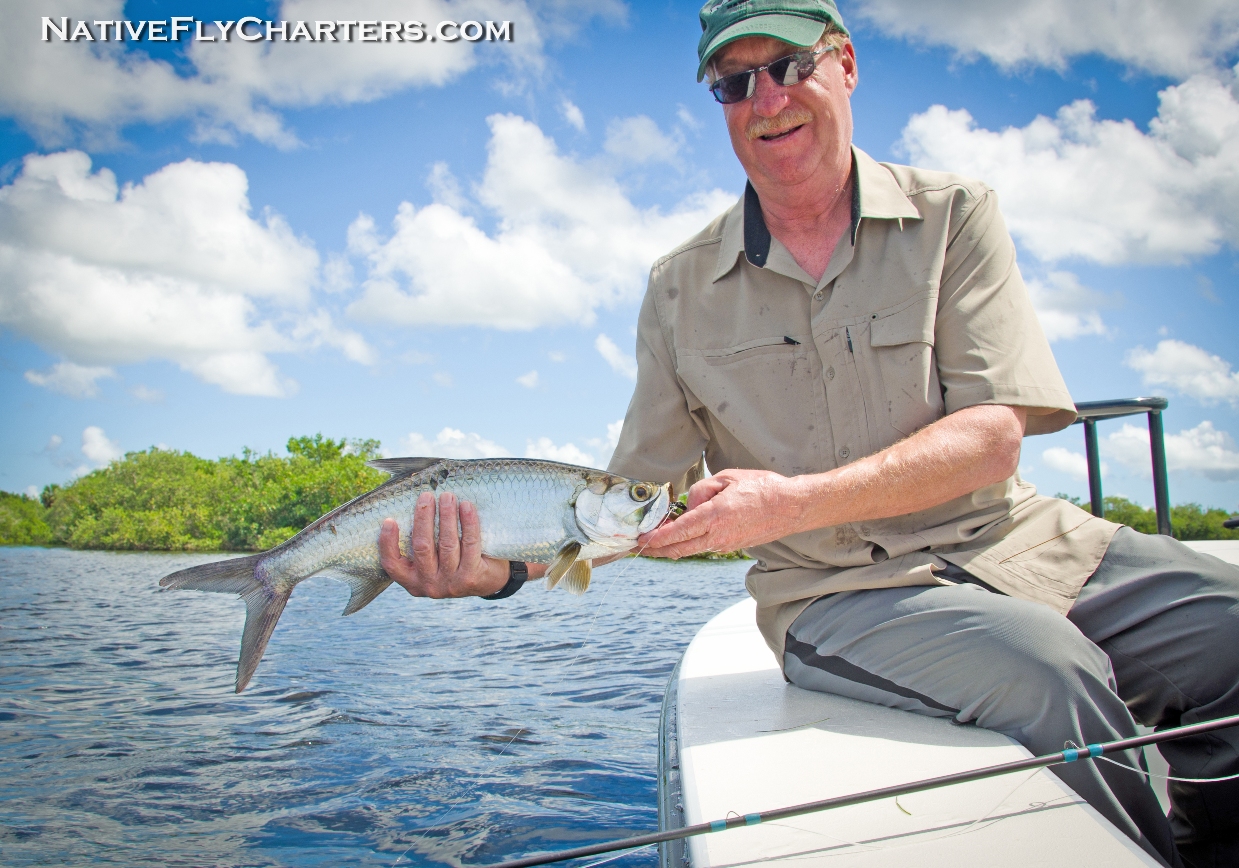 Jack from South Carolina got his first tarpon and snook on fly this day. 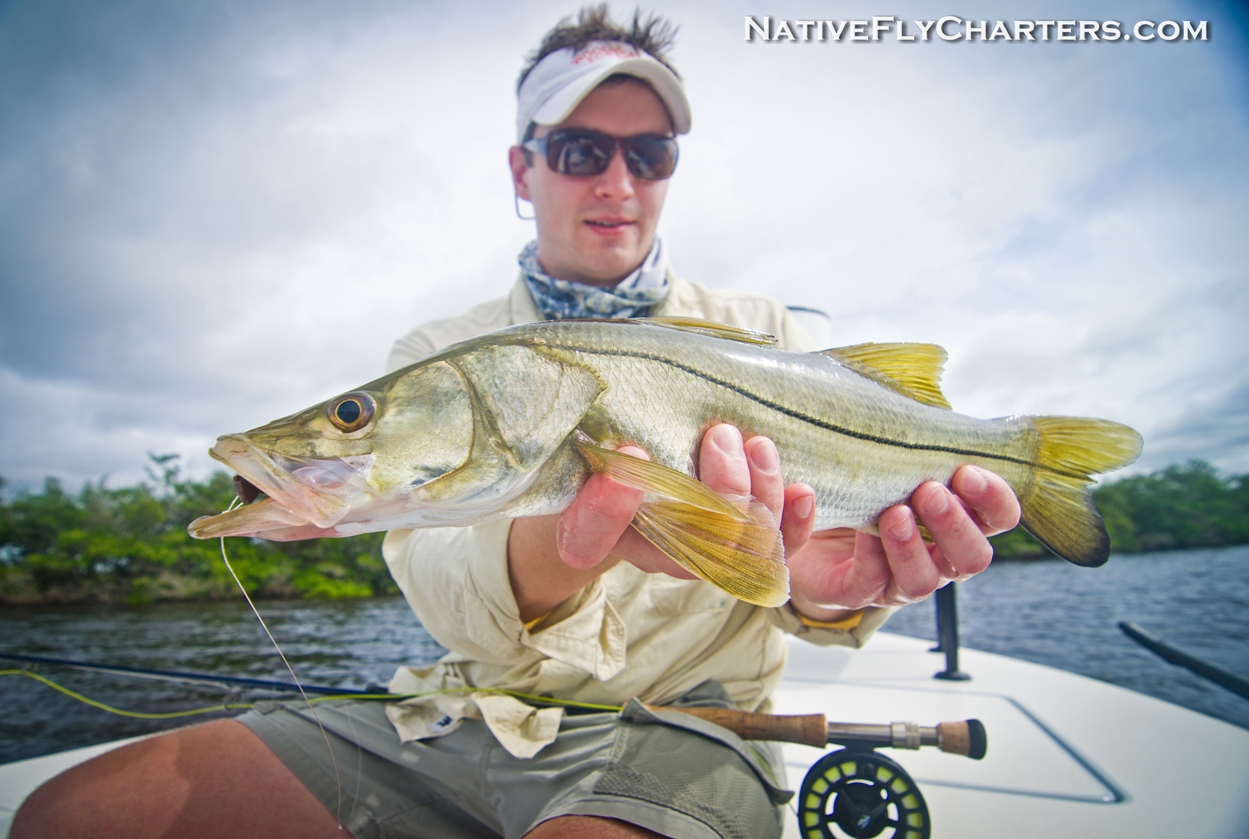 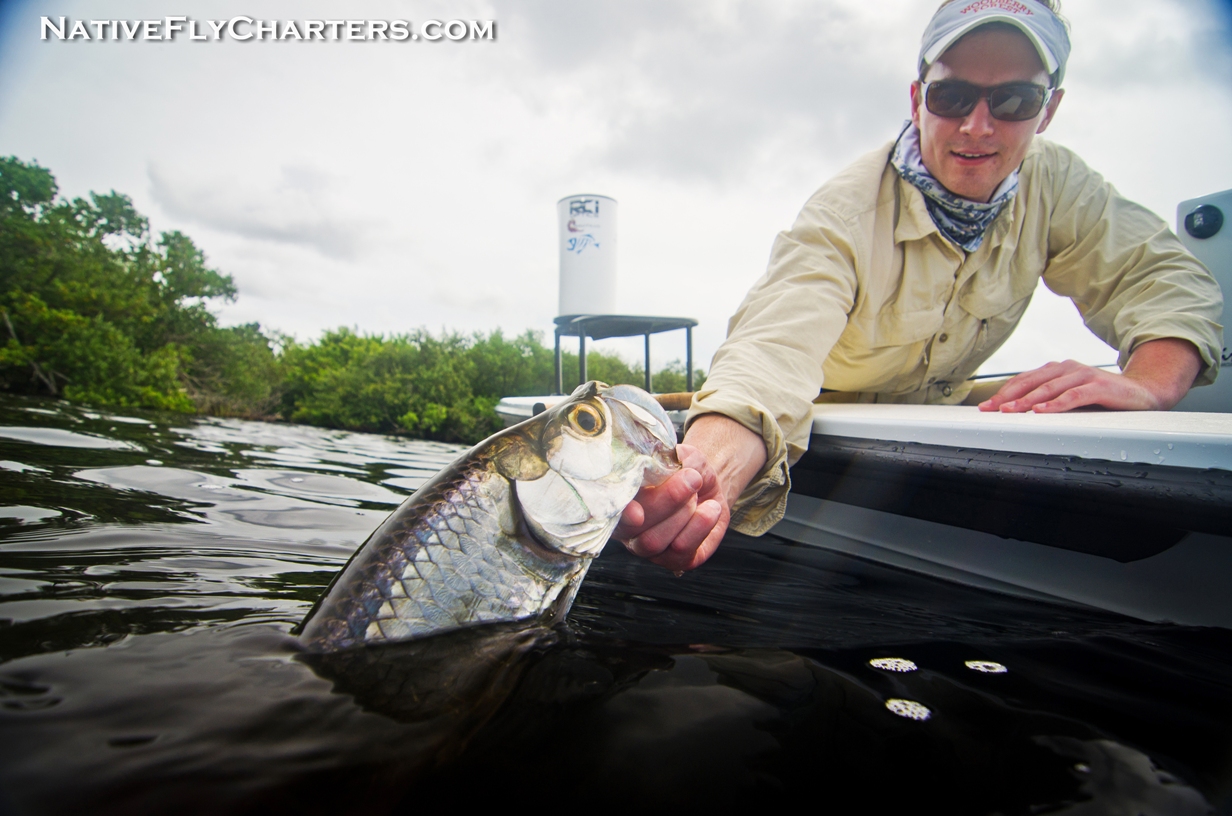 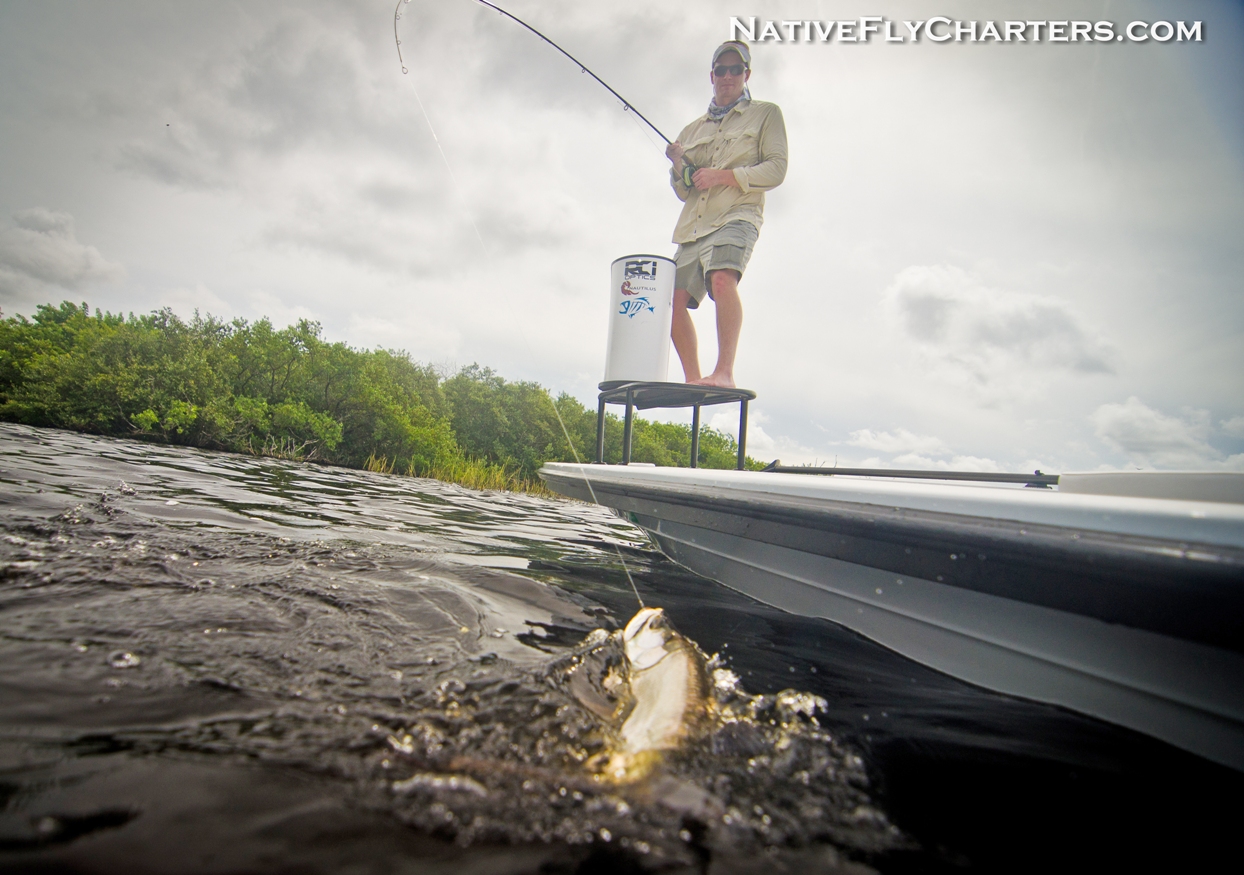 Don and Greg came up from South Florida and also got into some Space Coast snook and tarpon action. Don got his first tarpon on fly. 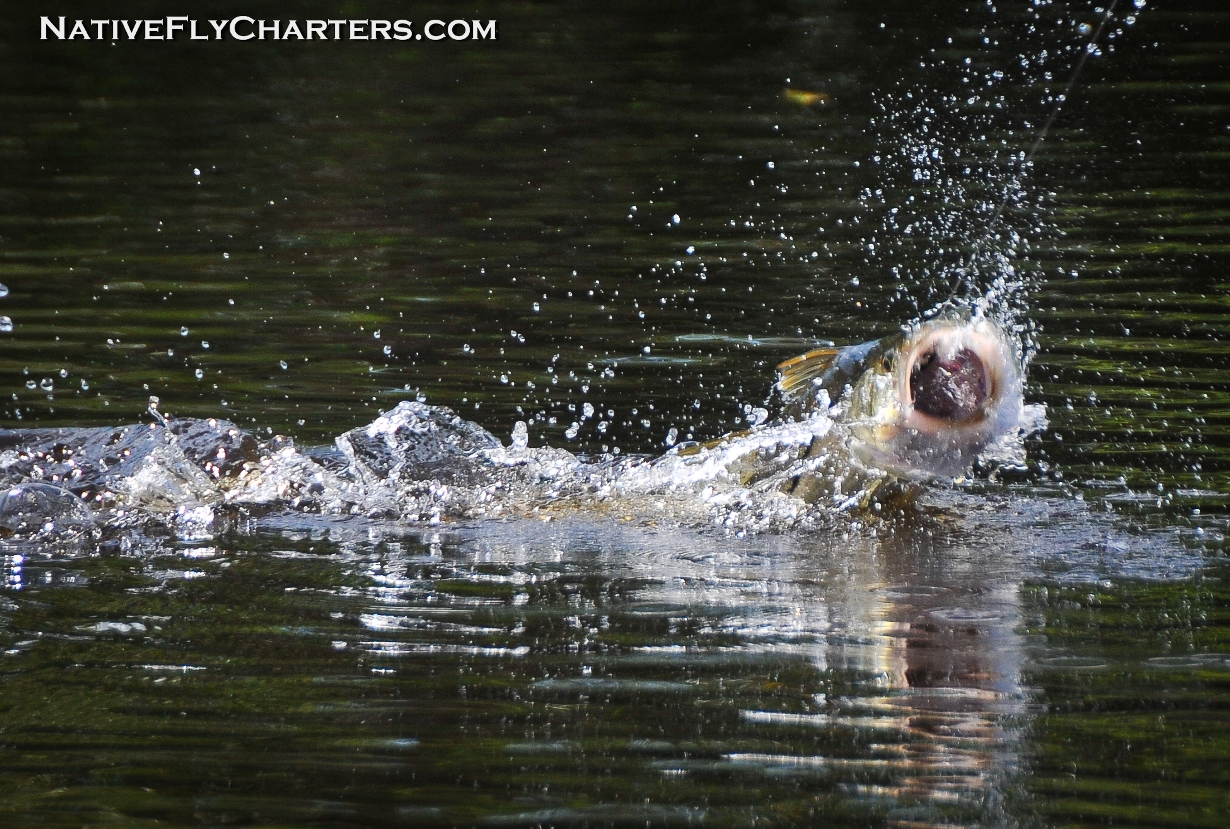 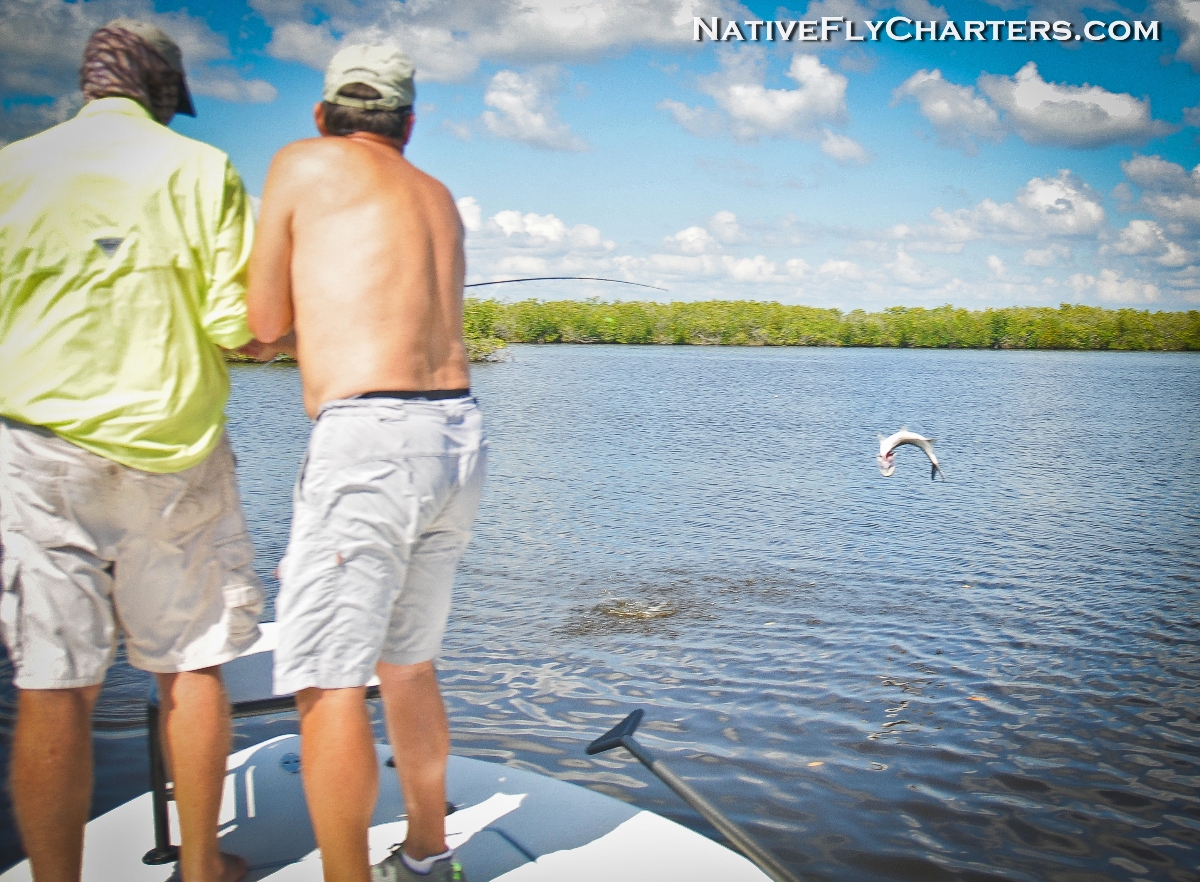 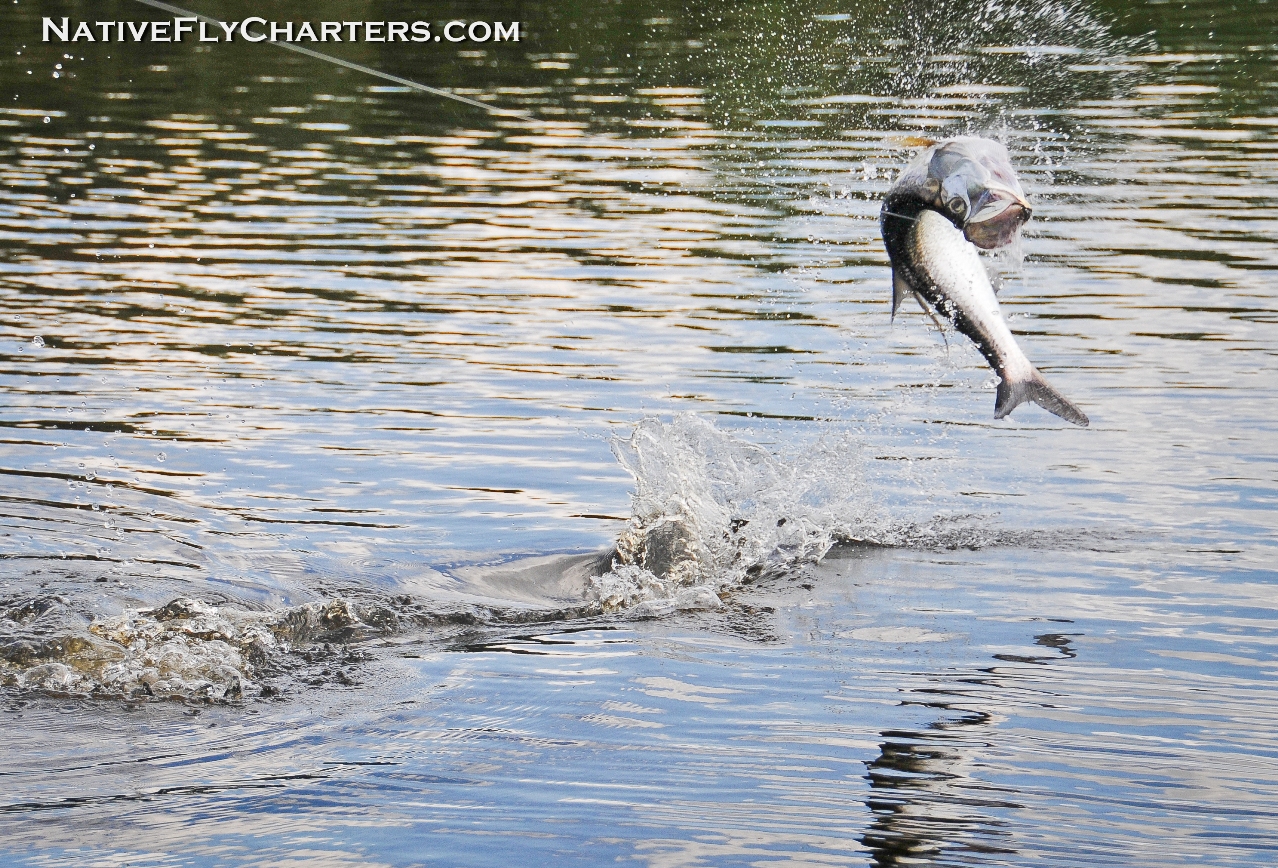 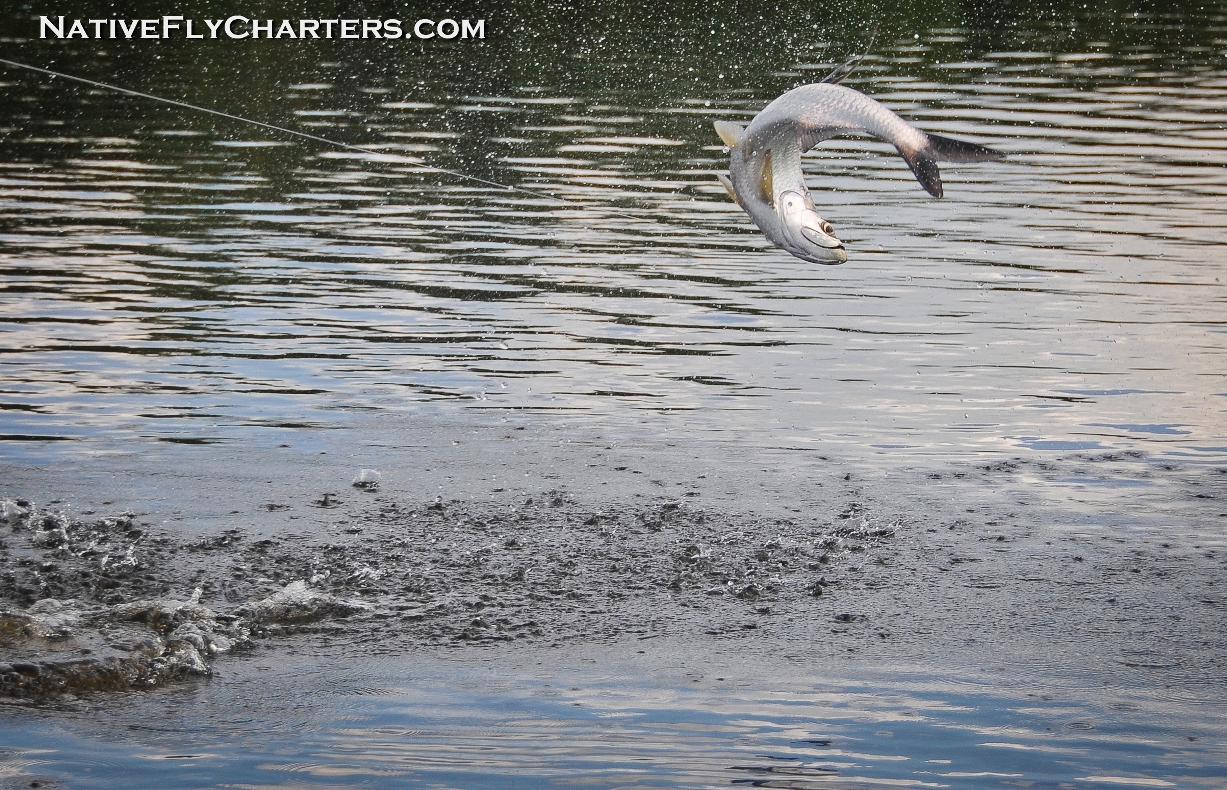 Francis from British Columbia joined me for two consecutive days for his first time fishing in Saltwater. He slammed out 3 different species on fly, tarpon, snook, redfish, but we could not get the sea trout to bite. Out of all of those species, he said Tarpon is his favorite to target. 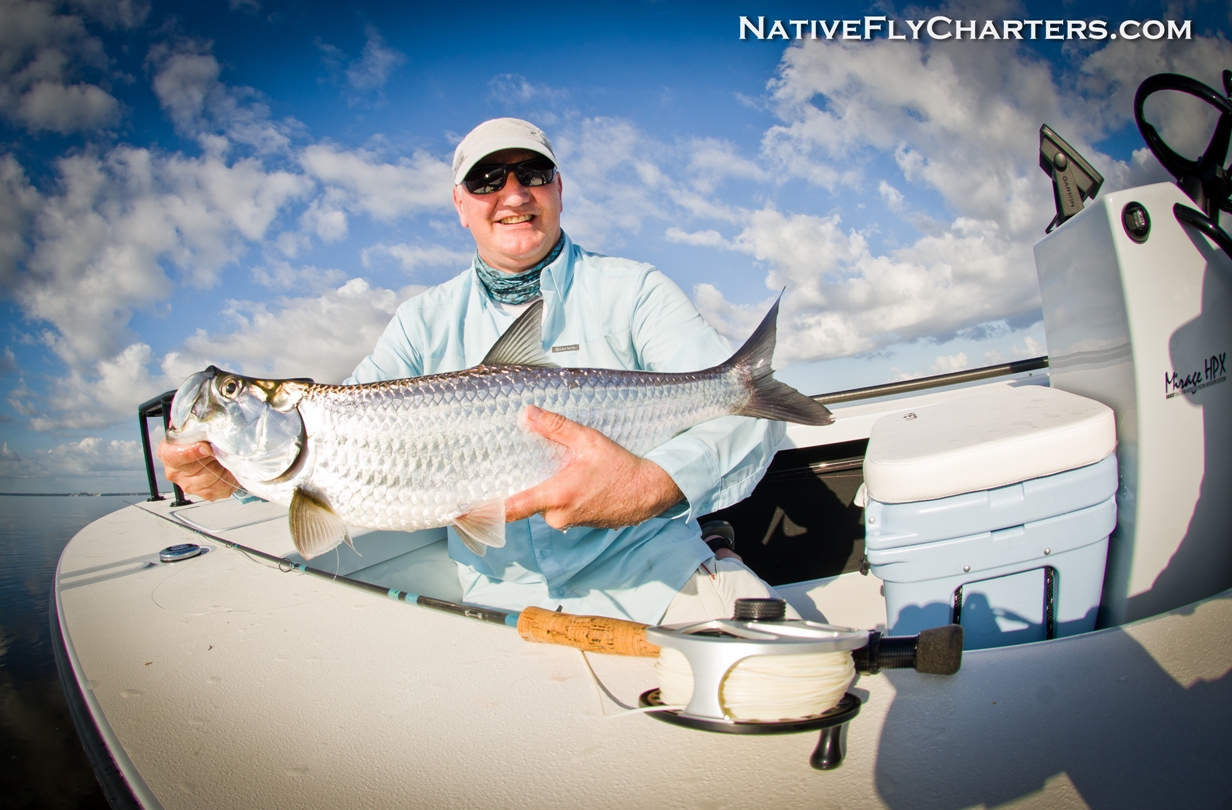 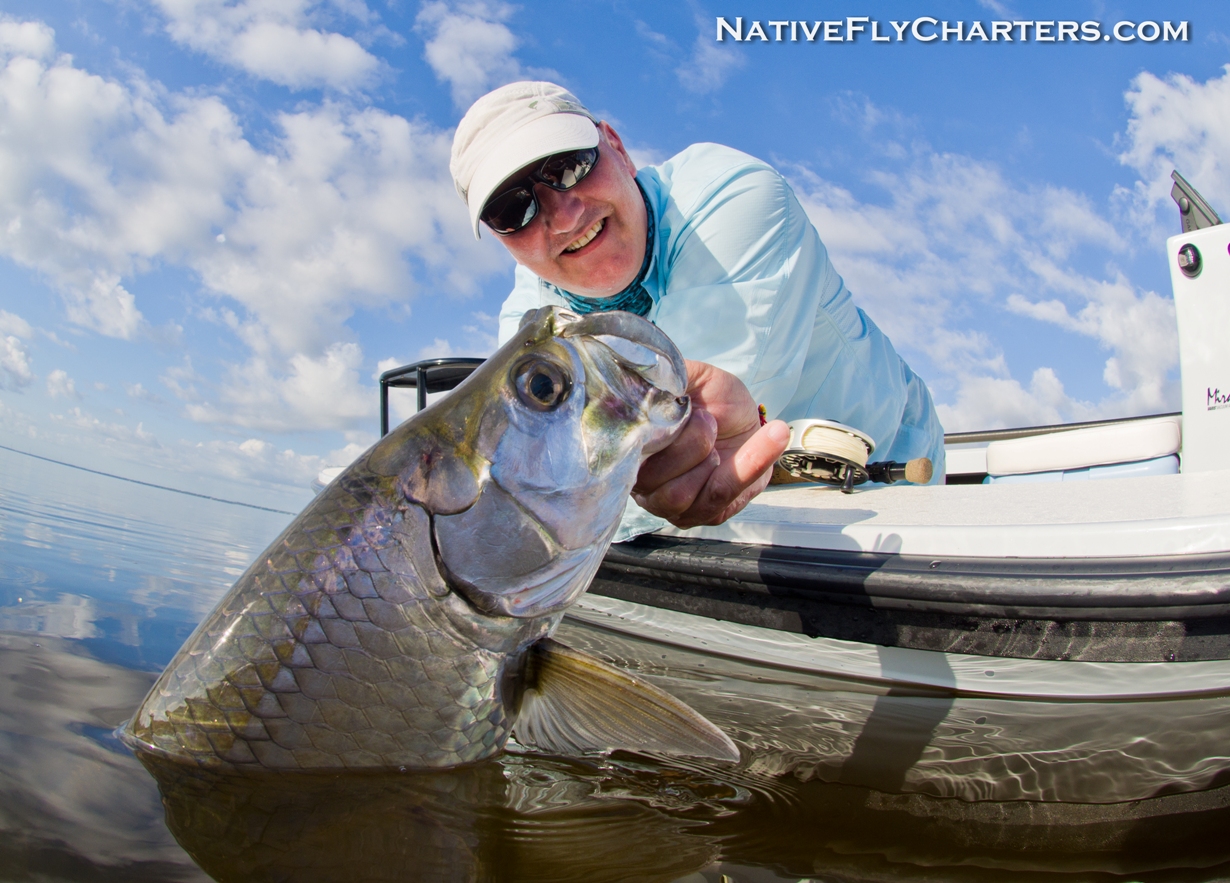 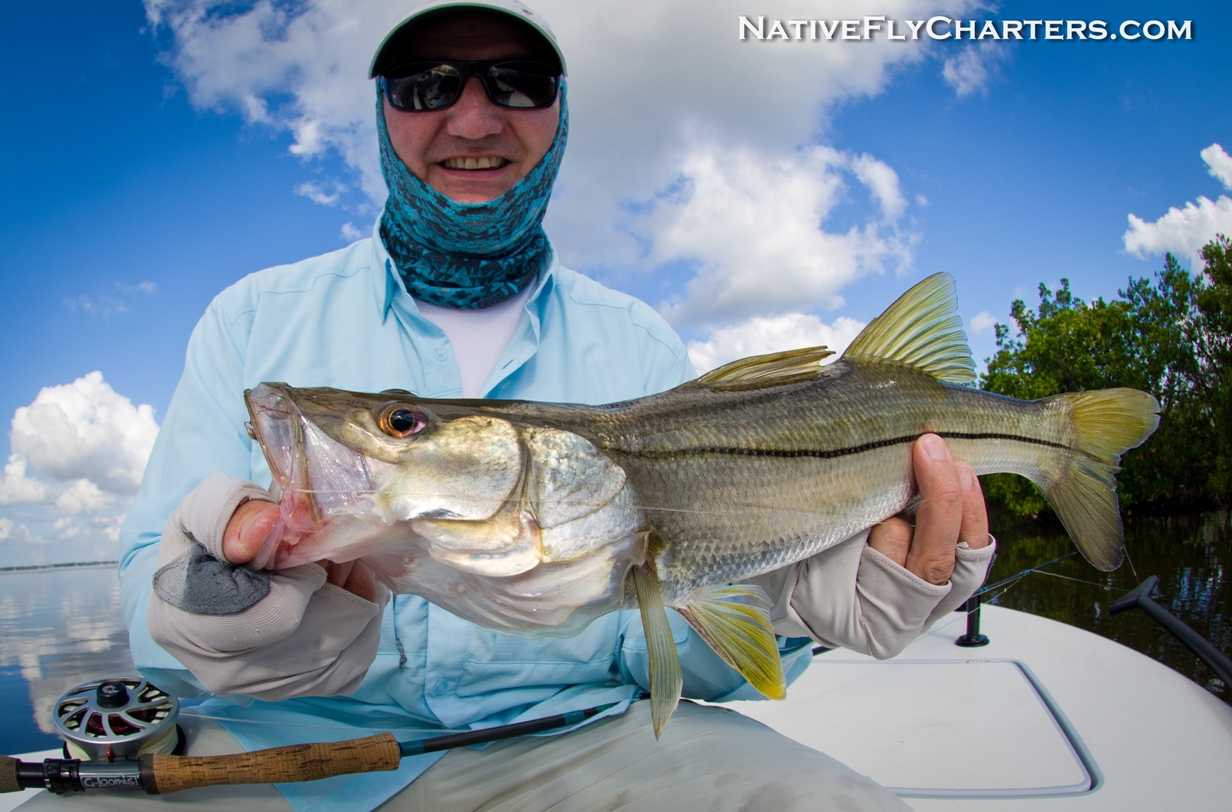 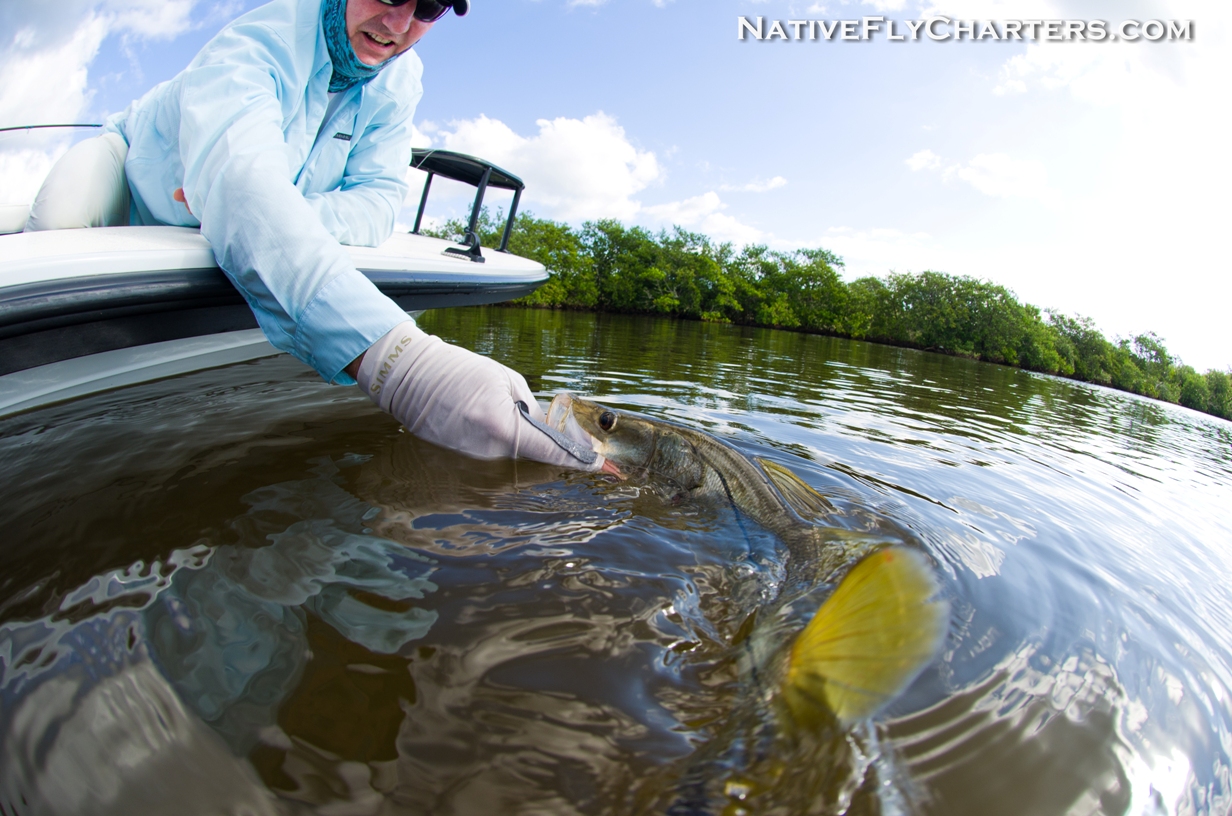 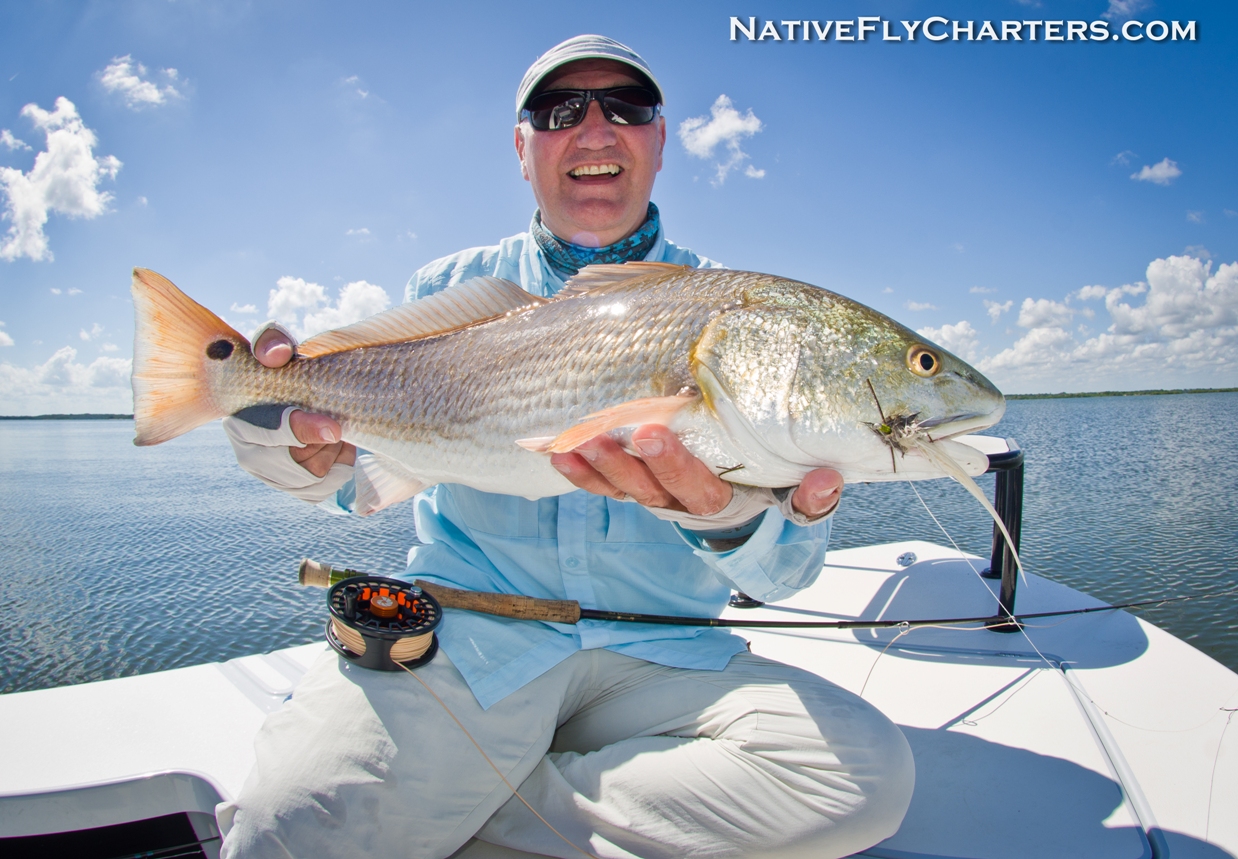 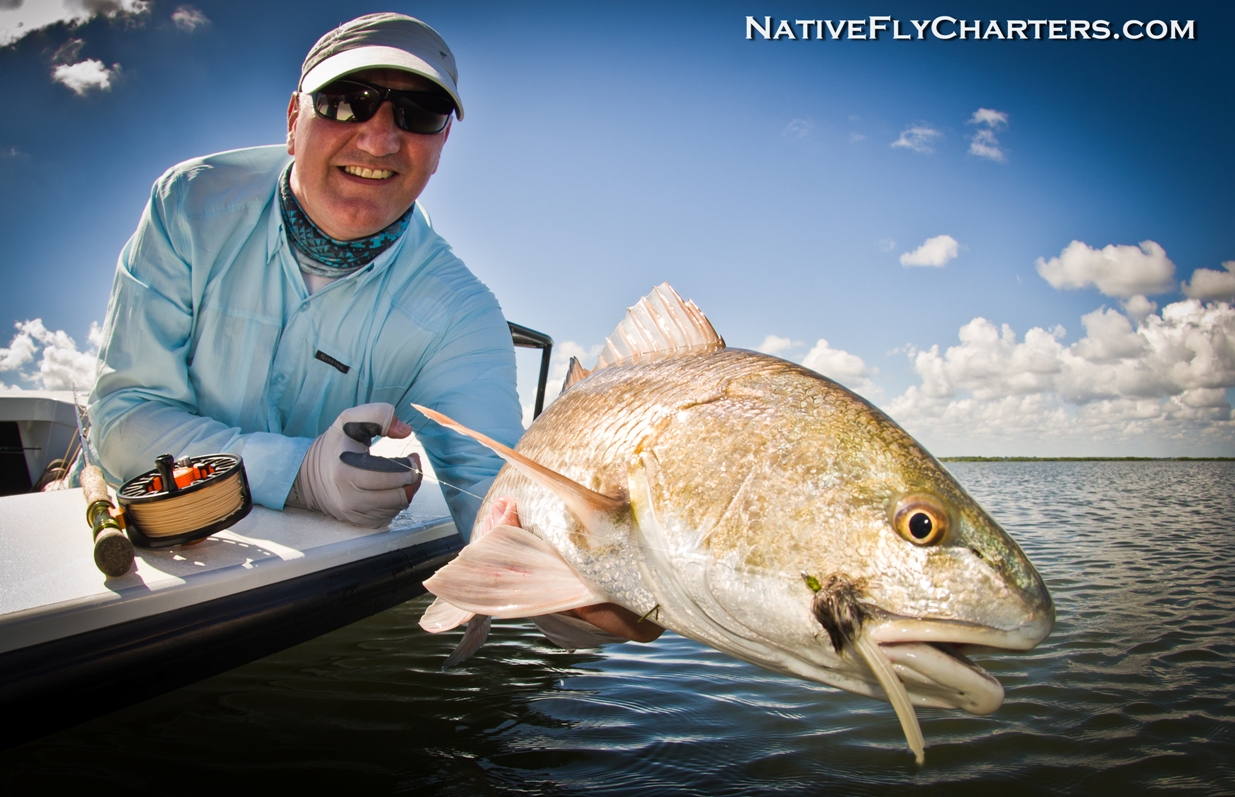 Jesse from North Carolina came down at one of the weirder moments in the Mosquito Lagoon. We found lots of tailing fish, but were very hard to feed using artificial lures. Smaller redfish and sea trout came to the boat, and of course the bigger ones got away. That’s fishing! 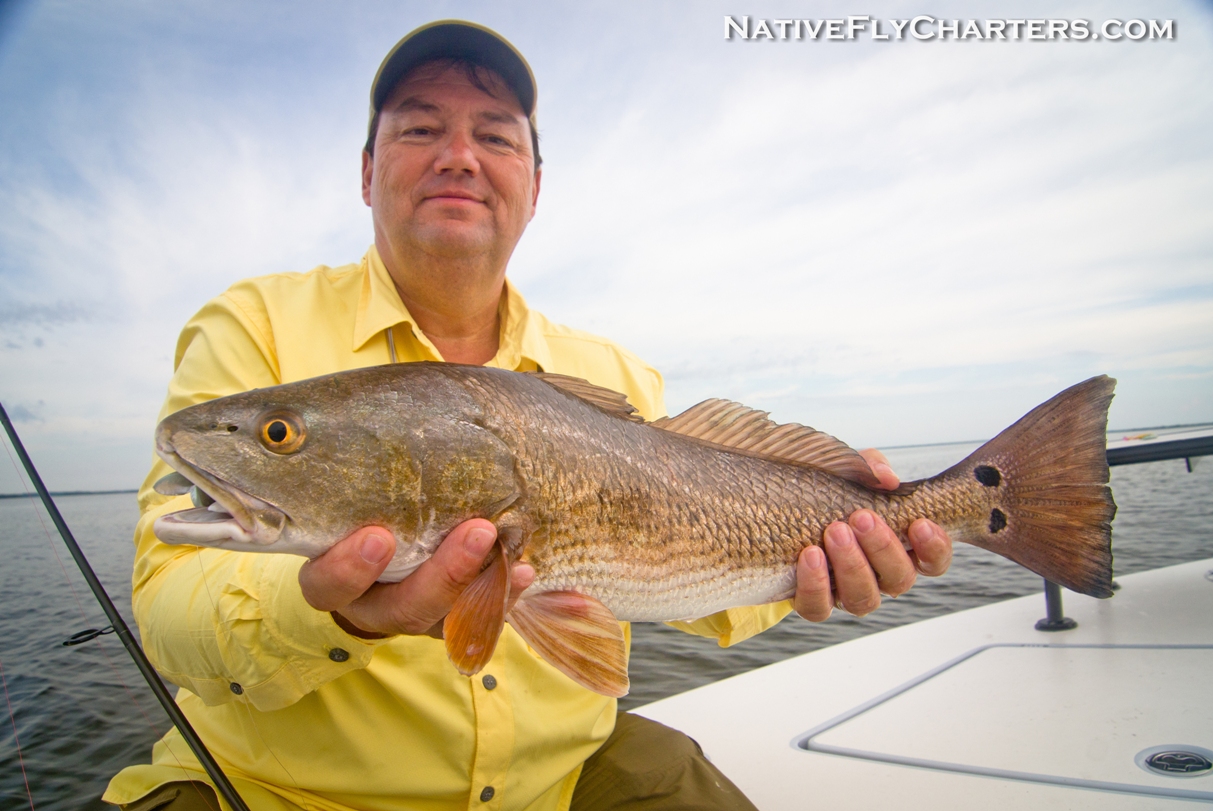 Justin from Titusville joined me on a quick trip in the way backcountry to find some hungry shoreline redfish. 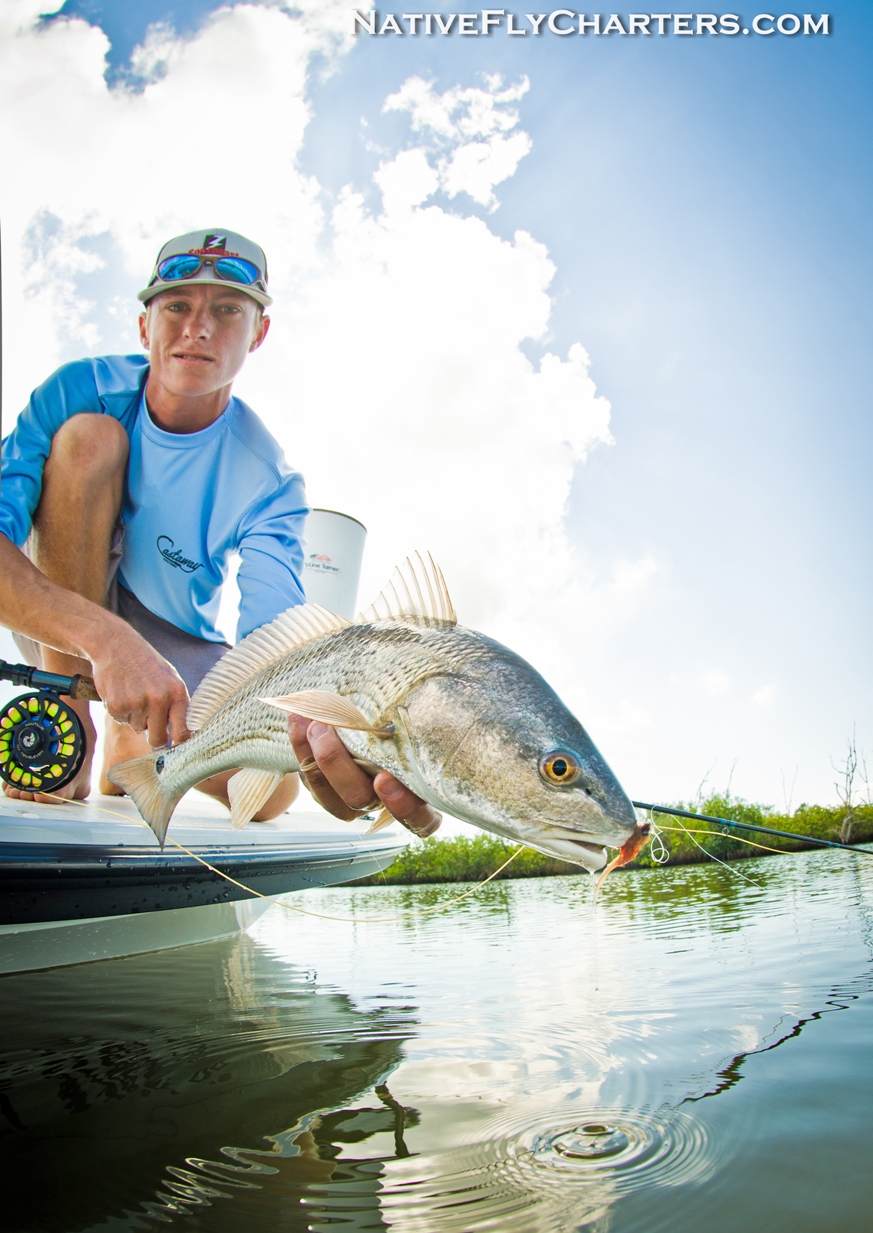 Well, I am sad to announce that I have sold my 2014 Maverick HPX-S…but happy to announce that I have a new Maverick being built at the moment. Before the new owner came down from South Carolina to pick it up, we made a quick trip for a wet test/fishing test. Carlos is very happy with what the HPX-S can do, and I know he will be taking good care of it. 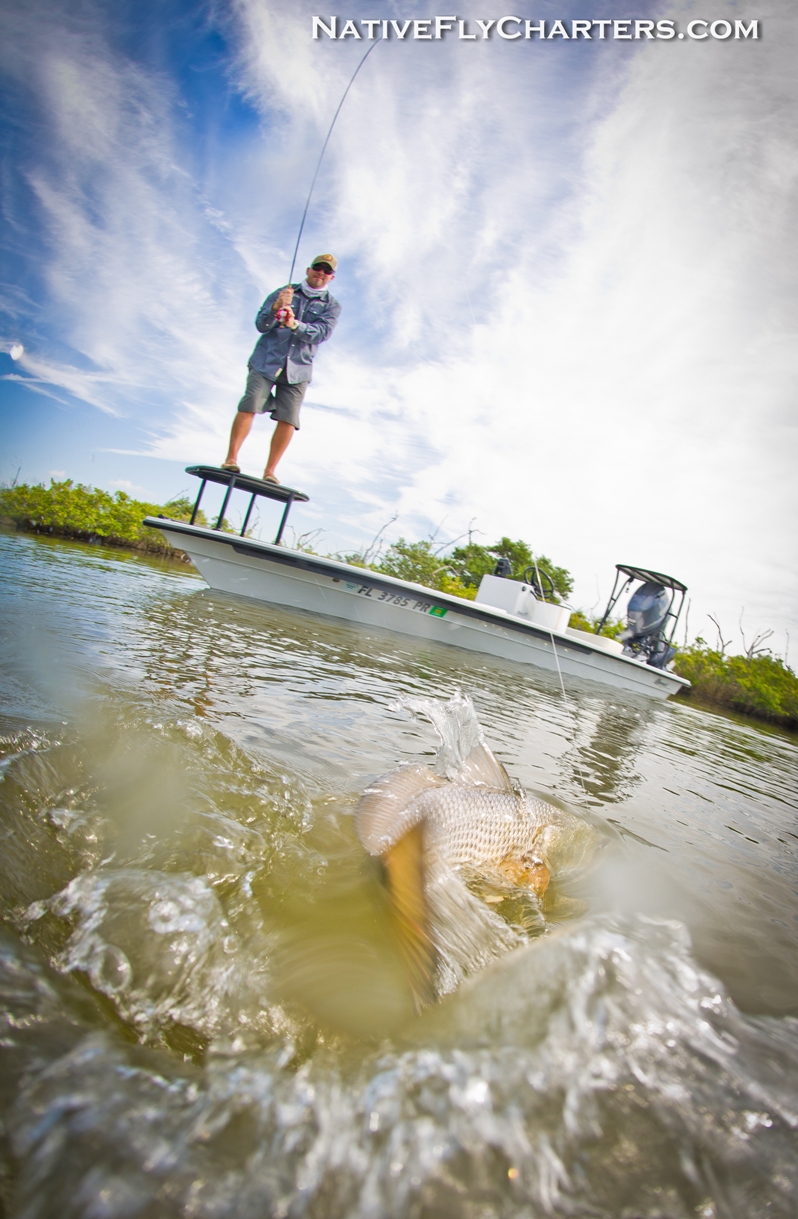 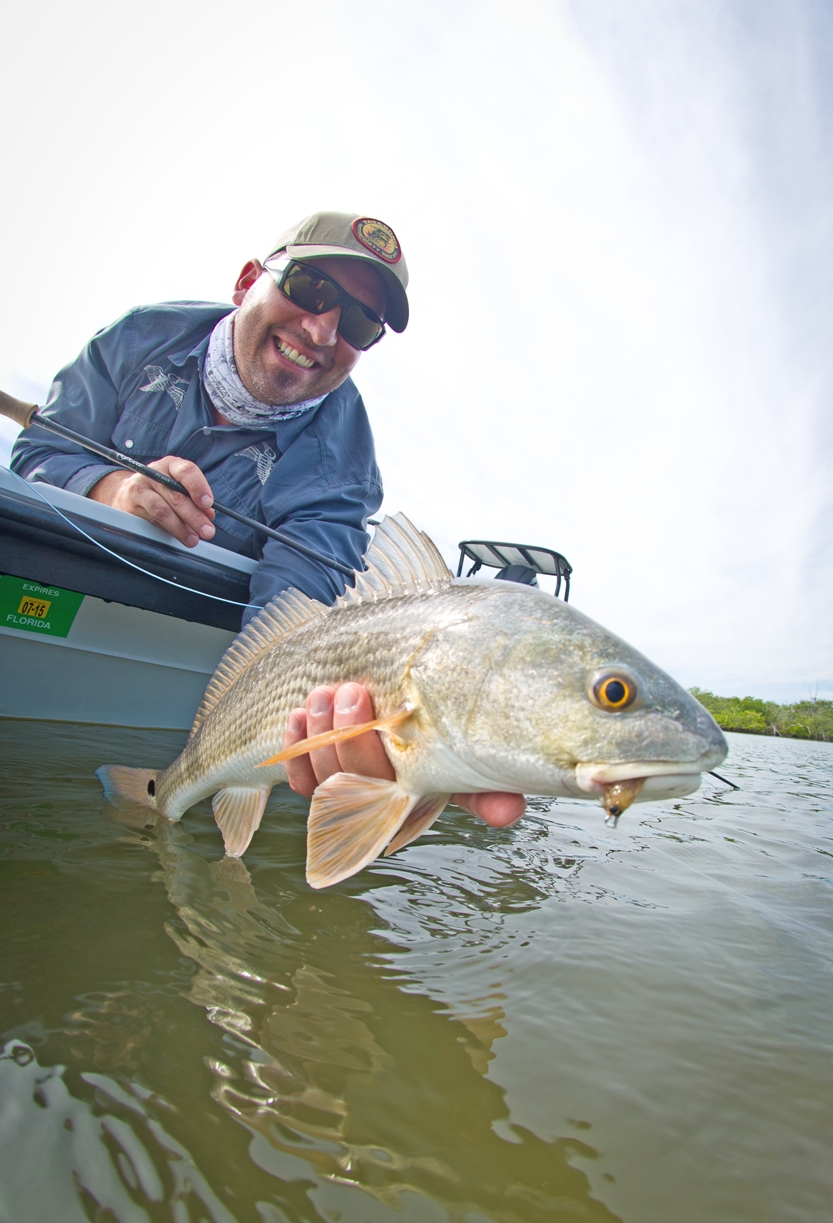 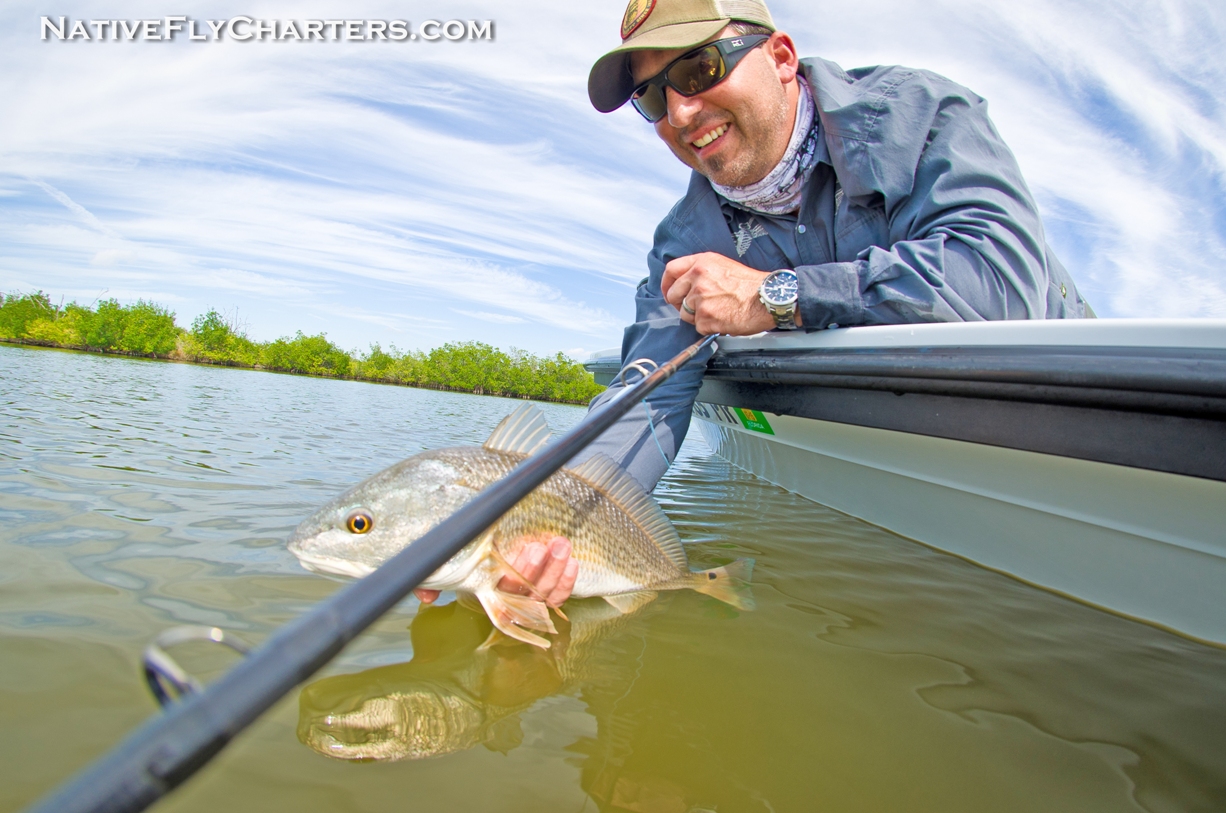 Of course I had to let him pole his new boat around while I get a chance to catch a few. 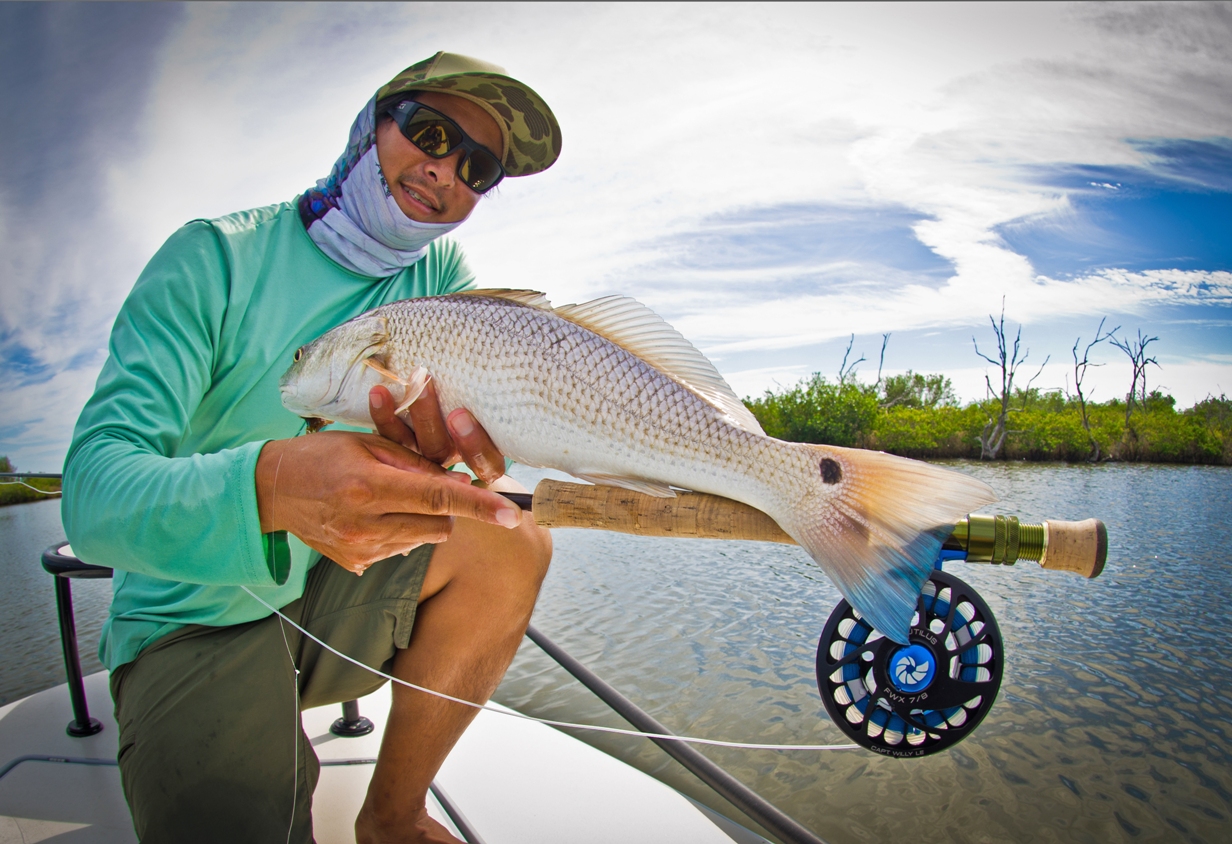 Stay tuned to next months report when I have my new 2015 Maverick 17’HPX-V and see how I customized her.