Well, 2014 is coming to an end, and what a fantastic year it was for fishing! This month has been very good for sight fishing in all 3 lagoon systems(Indian River, Banana River, Mosquito). The water still remains high but is slowly dropping to normal Winter time levels . Water temperature is in the low 60’s causing fish to be a little lethargic in the mornings, then they start moving around more mid day when that sun warms things up a bit.

In all 3 lagoons I’ve been finding a good number of large to extra large Sea Trout laying around in the shallows. They have been tough to catch and very spooky so i advise anglers to leave the trolling motors at home and get on the push pole for a stealthy approach. Redfish can be found in the same areas as the Sea Trout, again, spooky and being very picky. Black Drum have been popping up here and there in the 3 lagoons as well which is on of my favorite fish to target. Soon they should be schooled up in the hundreds and ready to take a fly.

Dave from North Carolina joined me for a 1/2 day to try and get his first Tarpon. At first, we tried the fly rod with a few bites and no hook ups, then switched a D.O.A. 3″ Shadtail on a light tackle spin rod where he jumped several and finally landing what he came down for. 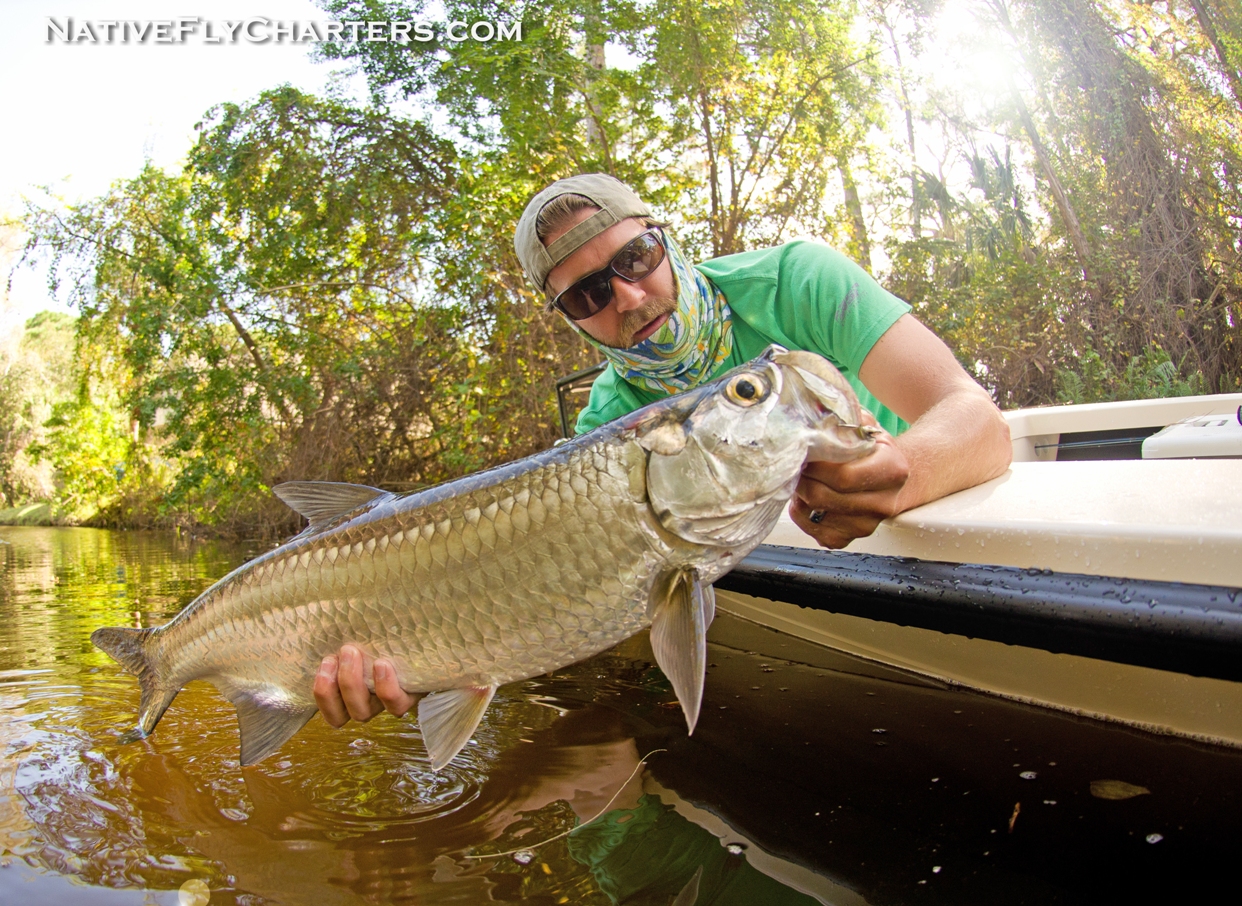 Jack, a 14 Year old angler from Jacksonville came down with his dad Mike. Mike has booked me a few times but never brought Jack along until this day. This was Jacks day and he was on the bow the whole trip while dad sat on the sidelines armed with a video camera. Jack had a great day and caught his first tarpon on fly. 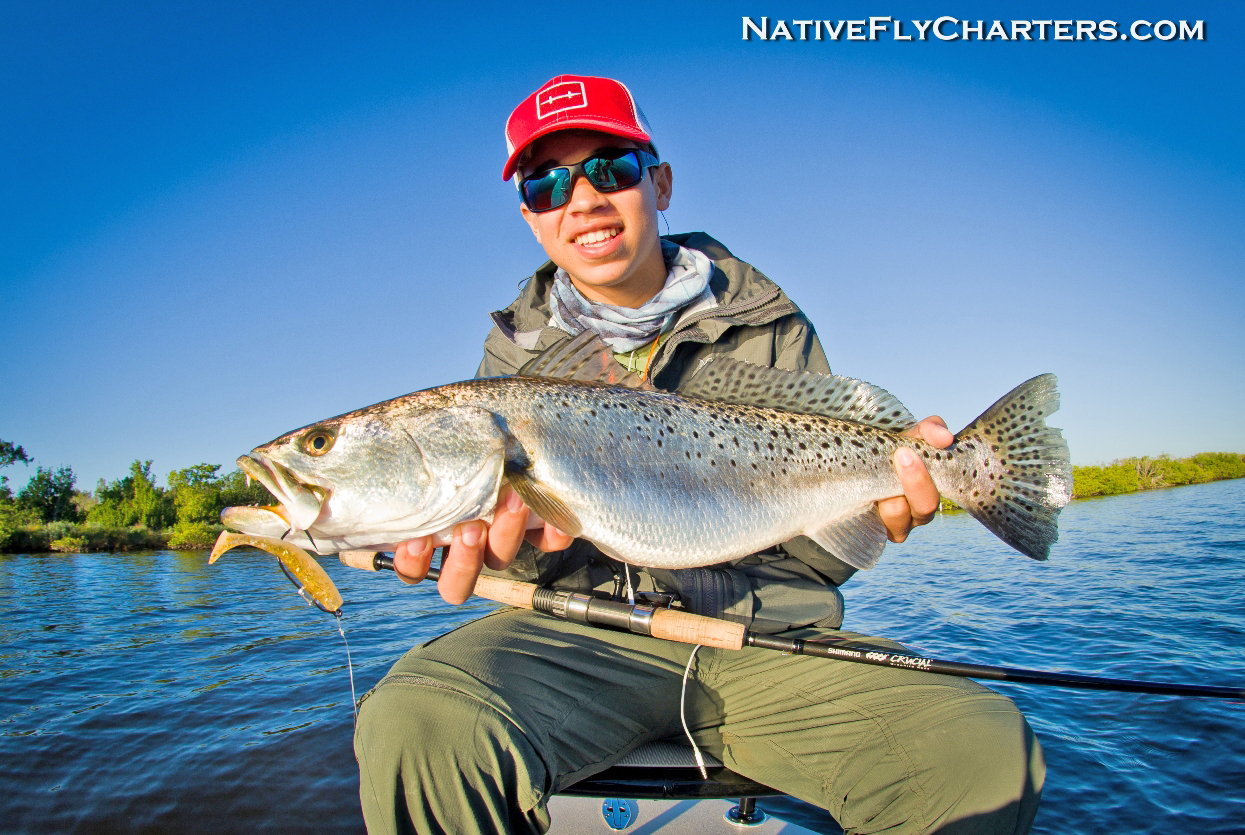 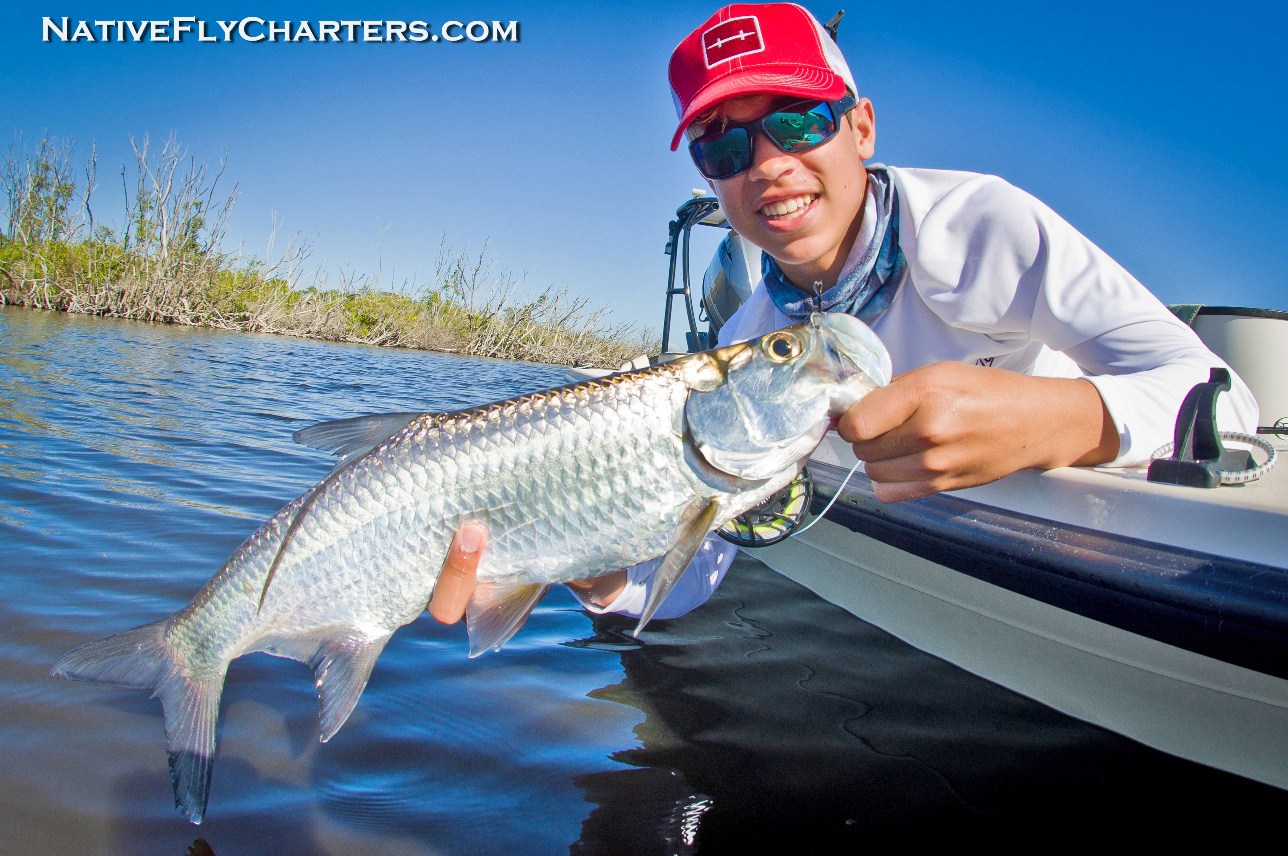 Buck from Orlando travels for work too much. When he gets the chance, he gives me a buzz to bend a rod. 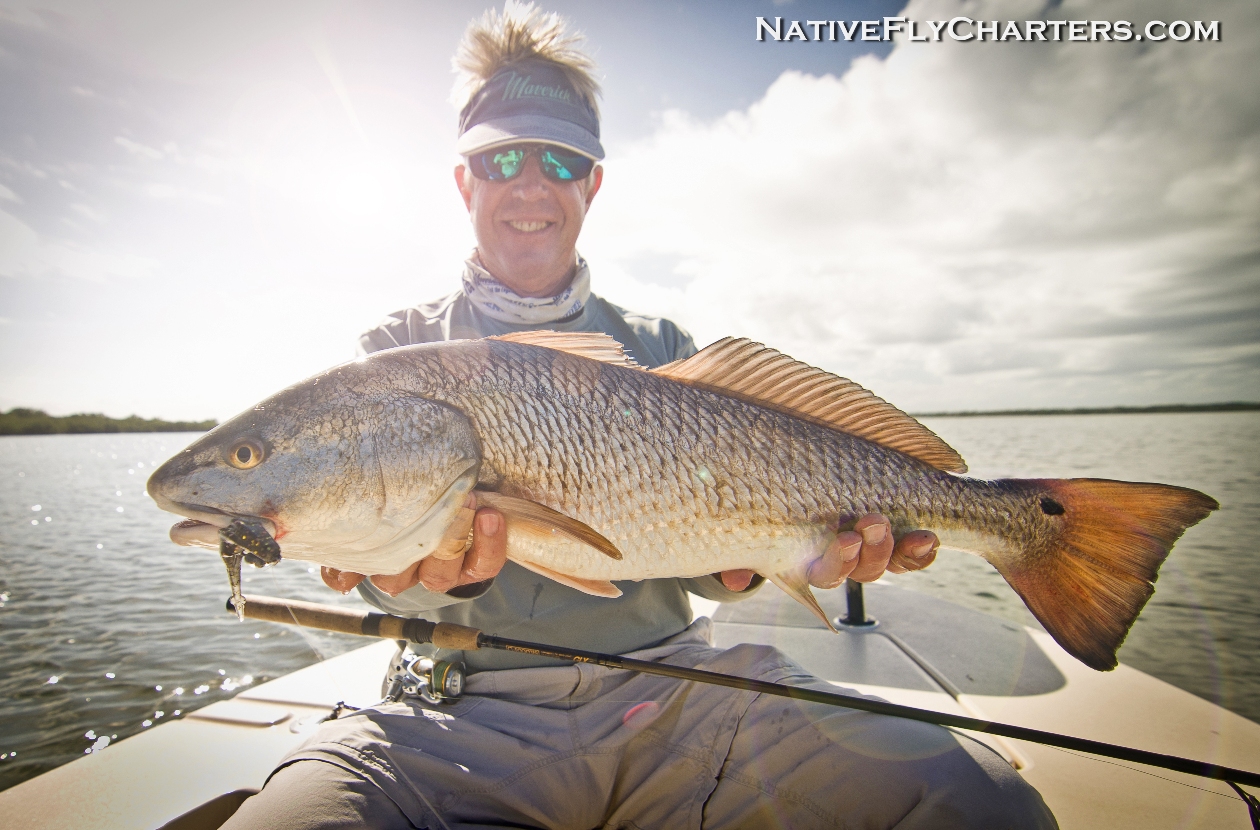 Matthias from Austria was in Orlando for a conference. While in Florida, he wanted to sneak out for a fly fishing trip in the Mosquito Lagoon for his first time. Took him a while to adapt to the style of fishing and making the right presentations. He had lots of shots at redfish and trout but only landing a smaller trout, which he was pretty happy about. 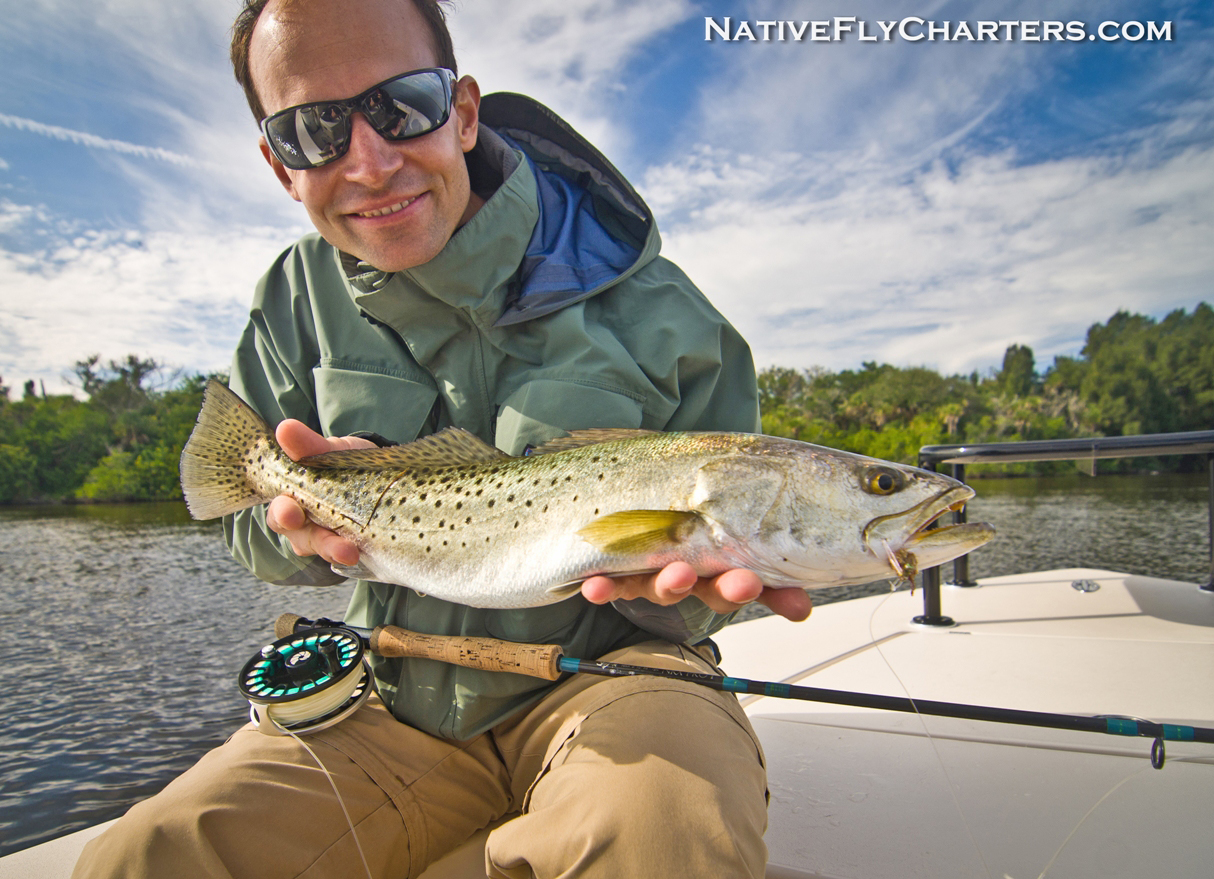 Marcia from South Florida was given a gift certificate to fish a full day with me last Christmas. She had a great sight fishing experience. 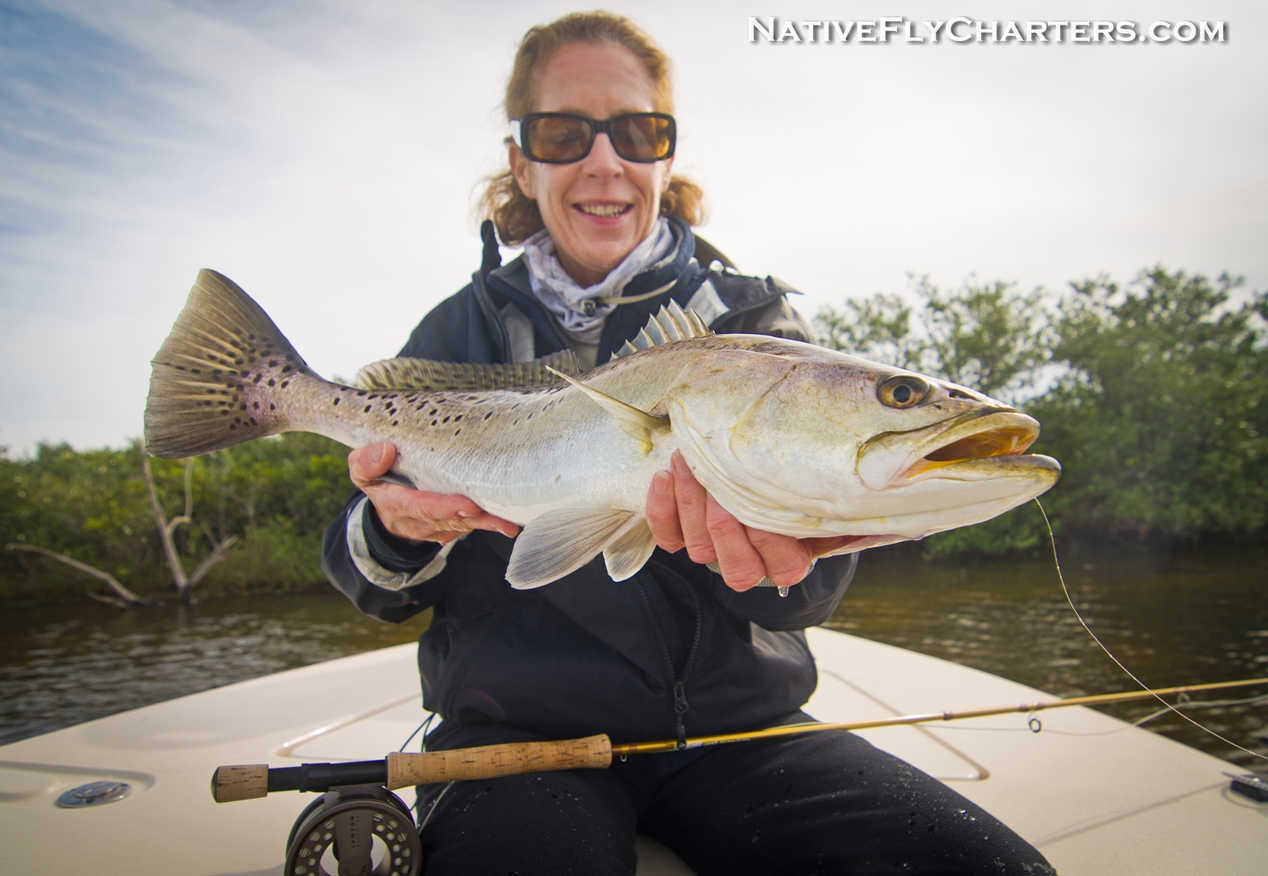 On my off time, I like to enjoy it back on the water with friends. 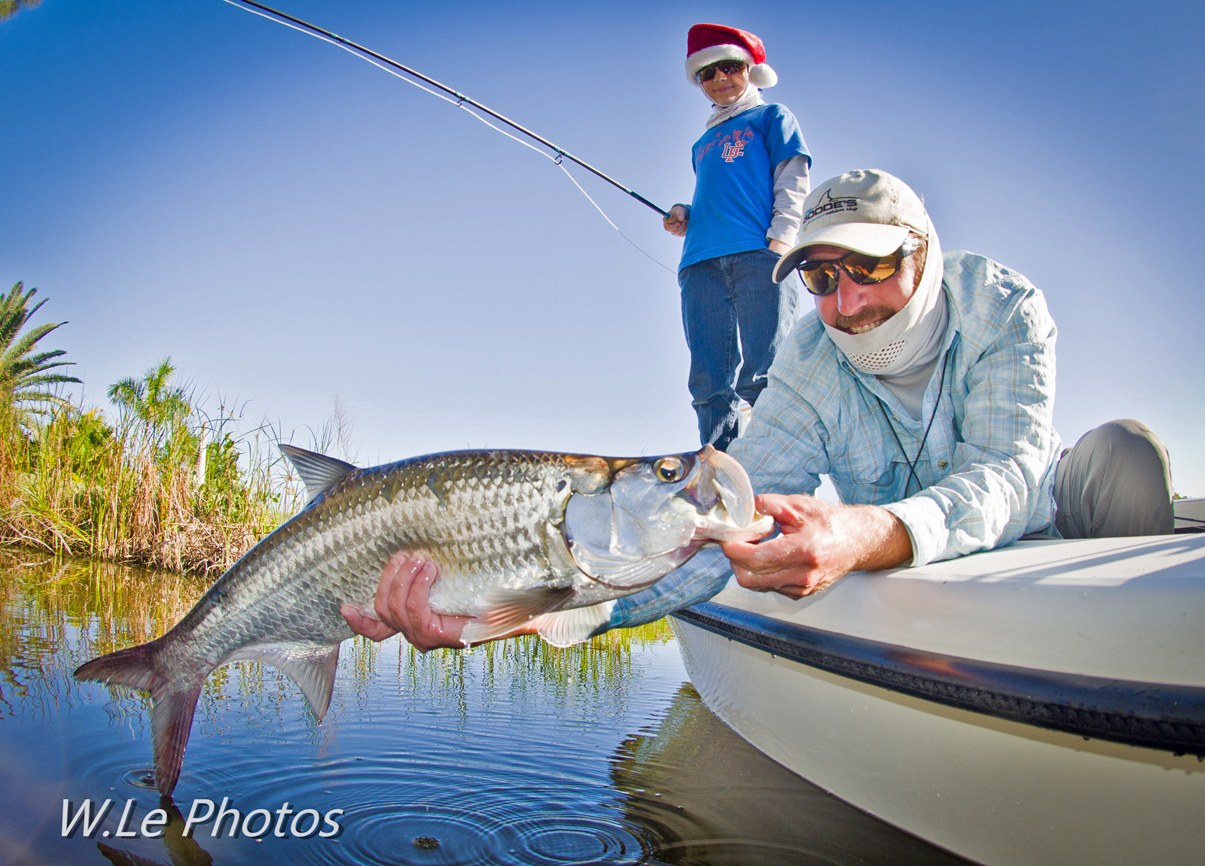 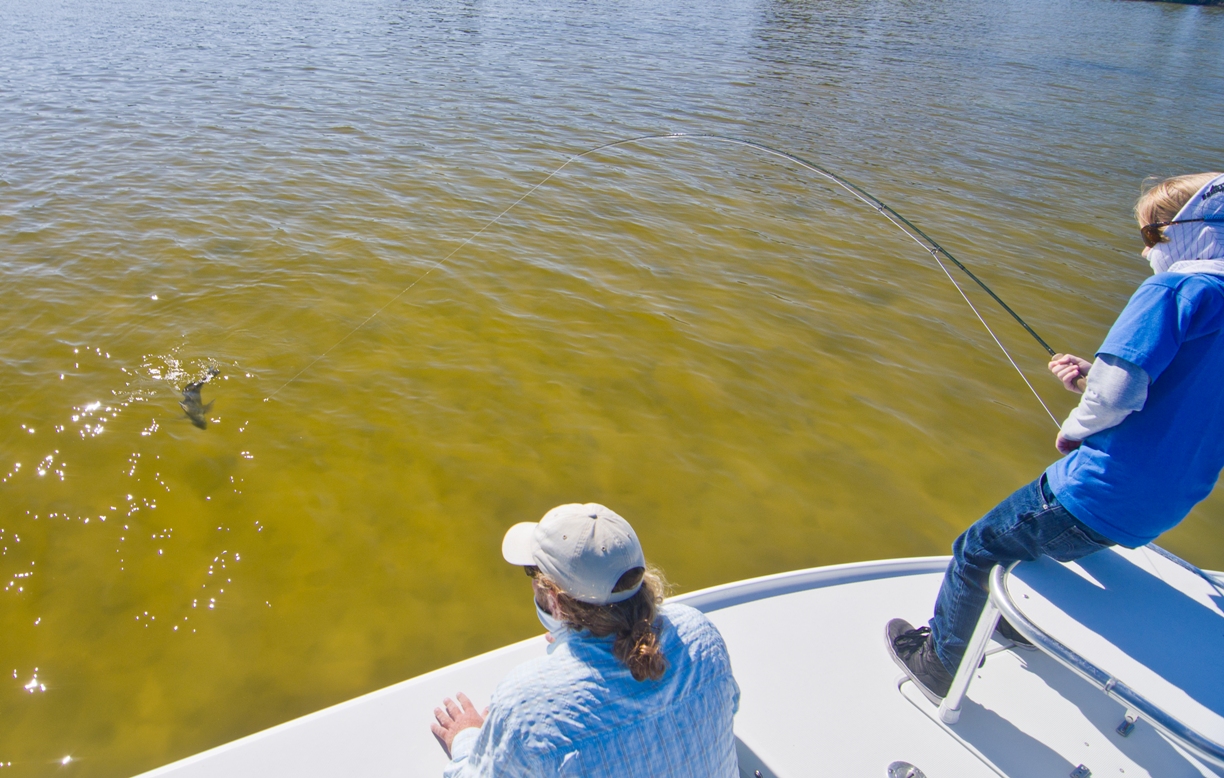 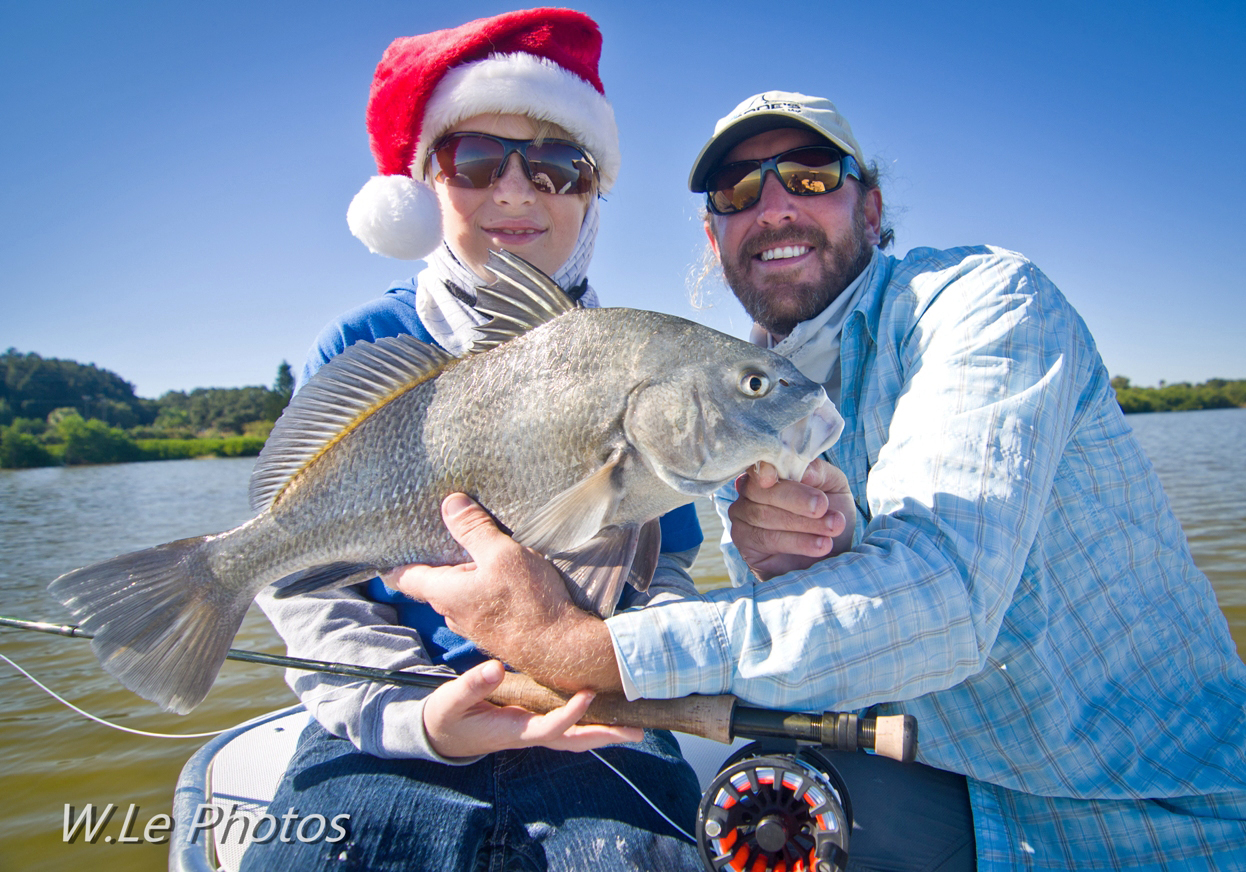 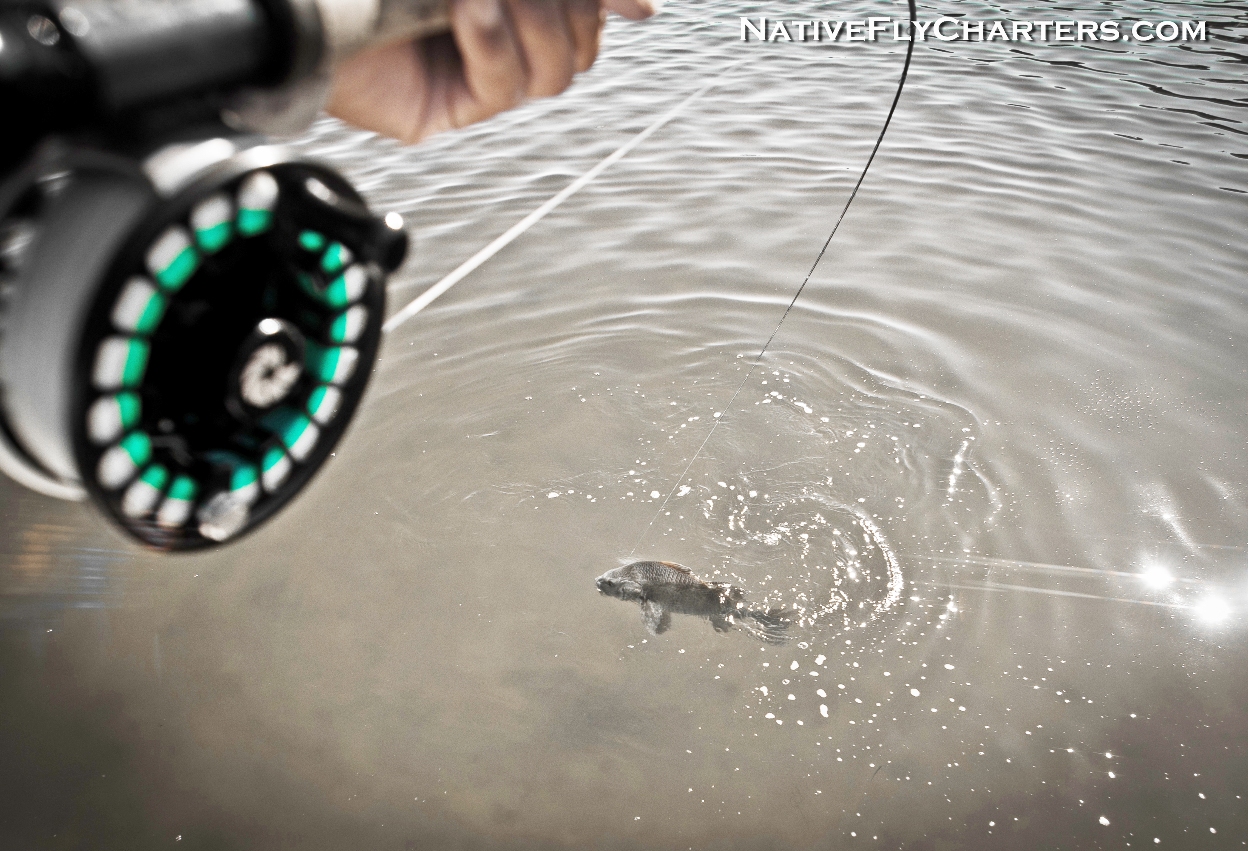 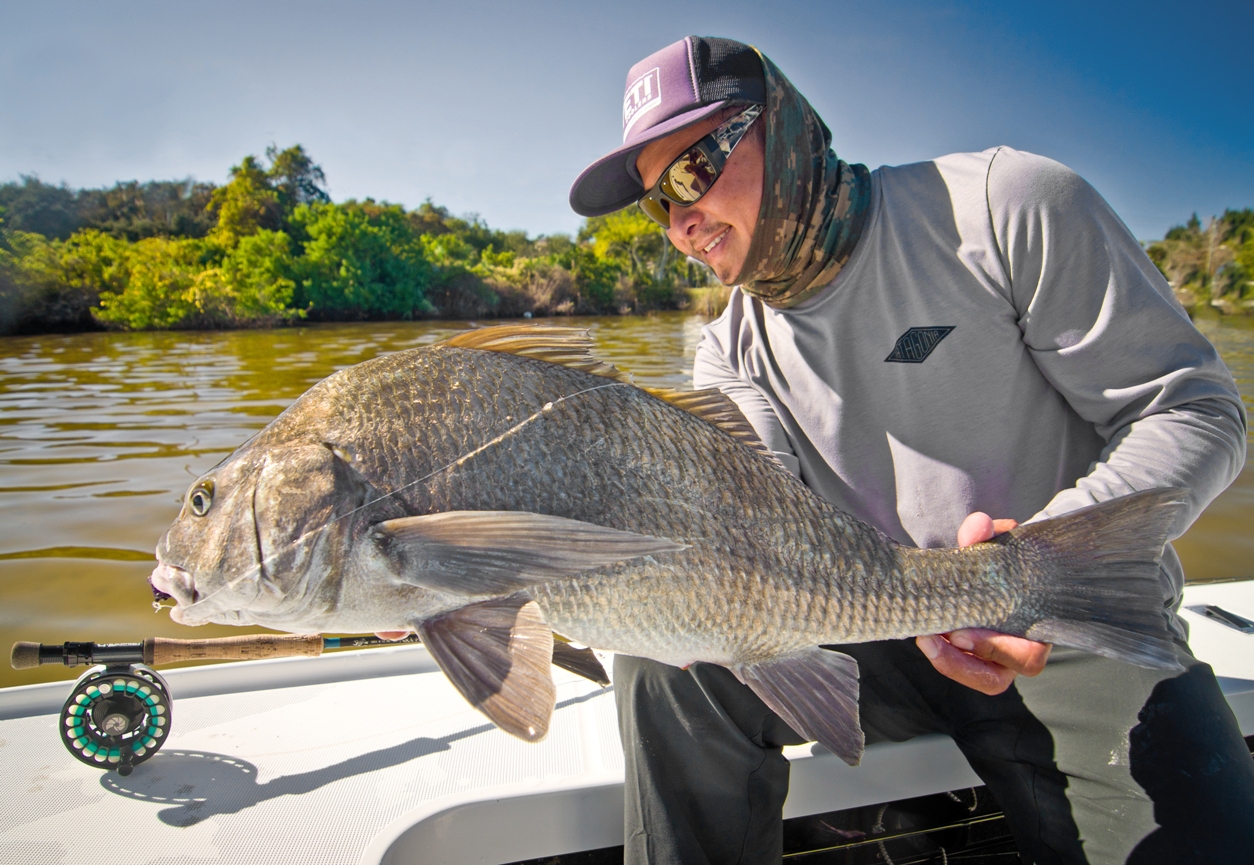 I hope every one has a Merry Christmas and a Happy New Year! Hoping for another great year in 2015, thanks to all of you readers, anglers, and companies that support Native Fly Charters keeping a roof over our heads and food on the table for my family. Much love to each and every one of you!