Interview with Howler Brothers
Questions and Answers with the Howler Bros, the company that not only makes the clothing I wear, but are down to earth great guys!
https://howlerbros.com/blogs/howler/meet-willy-le-howler-ambassador 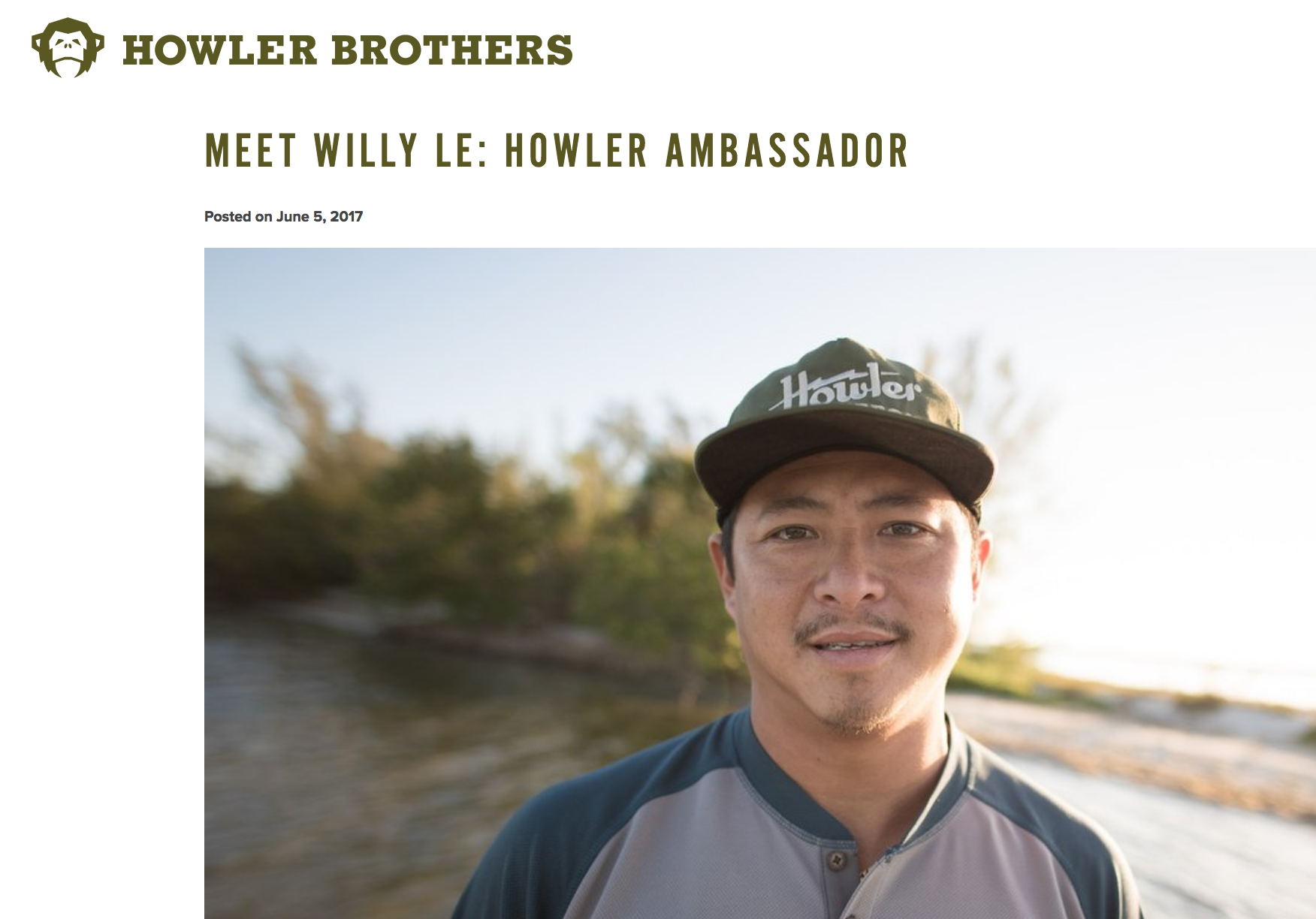 Interview With Maverick Boat Company
Cory Deal of Maverick Boats contacted me to ask a few questions about myself and my business. To read my personal and embarrassing answers, please click on the link below:
http://www.maverickboats.com/news/interview-with-captain-willy-le/ 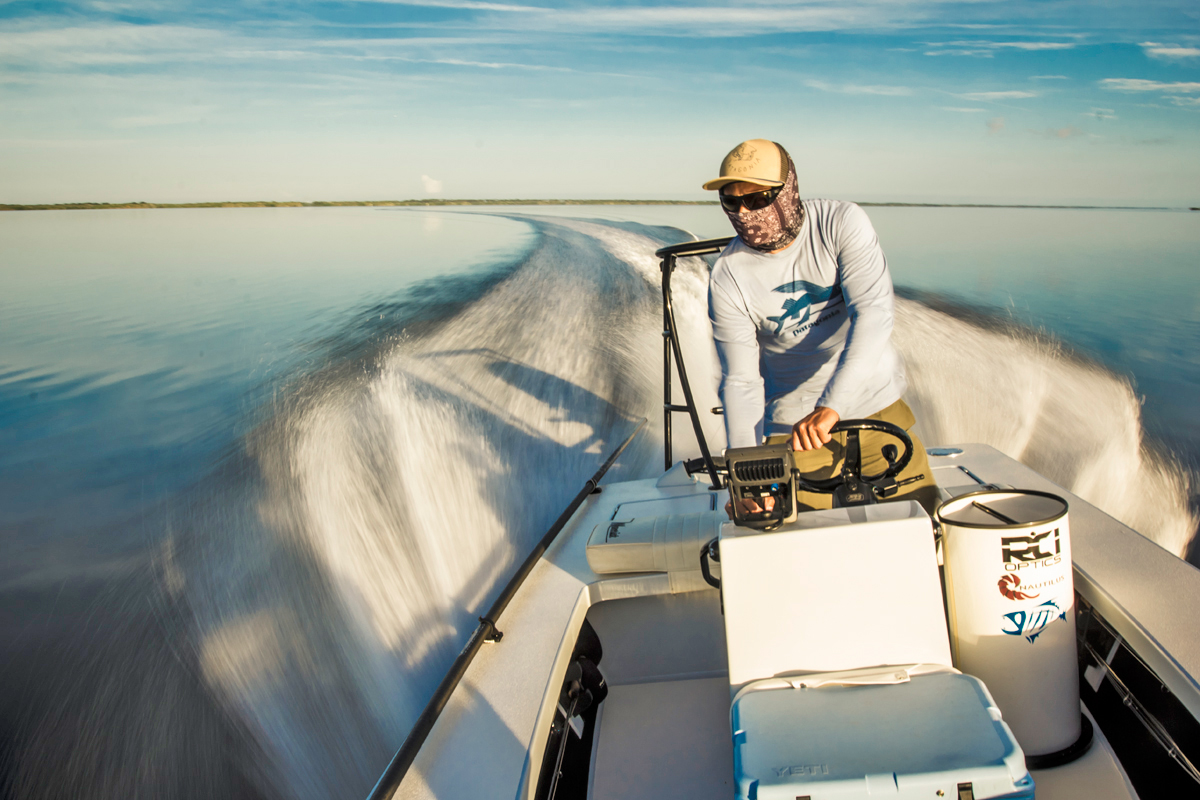 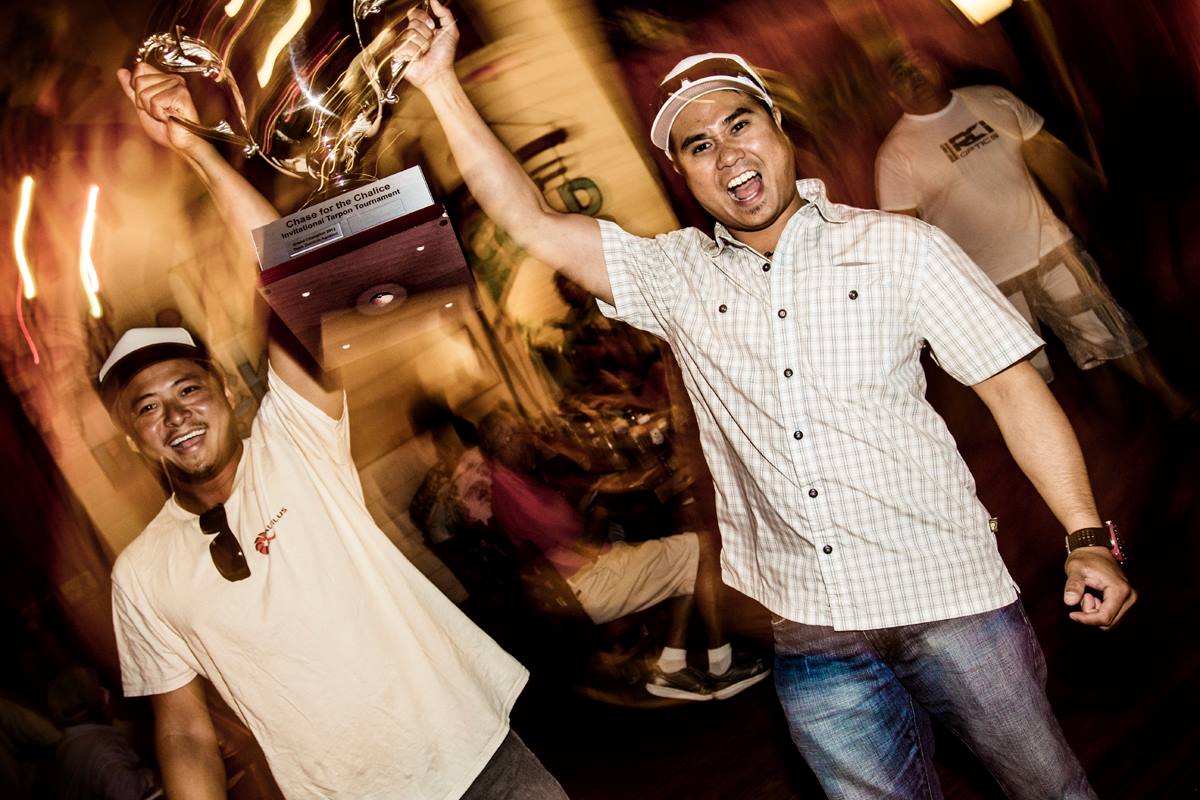 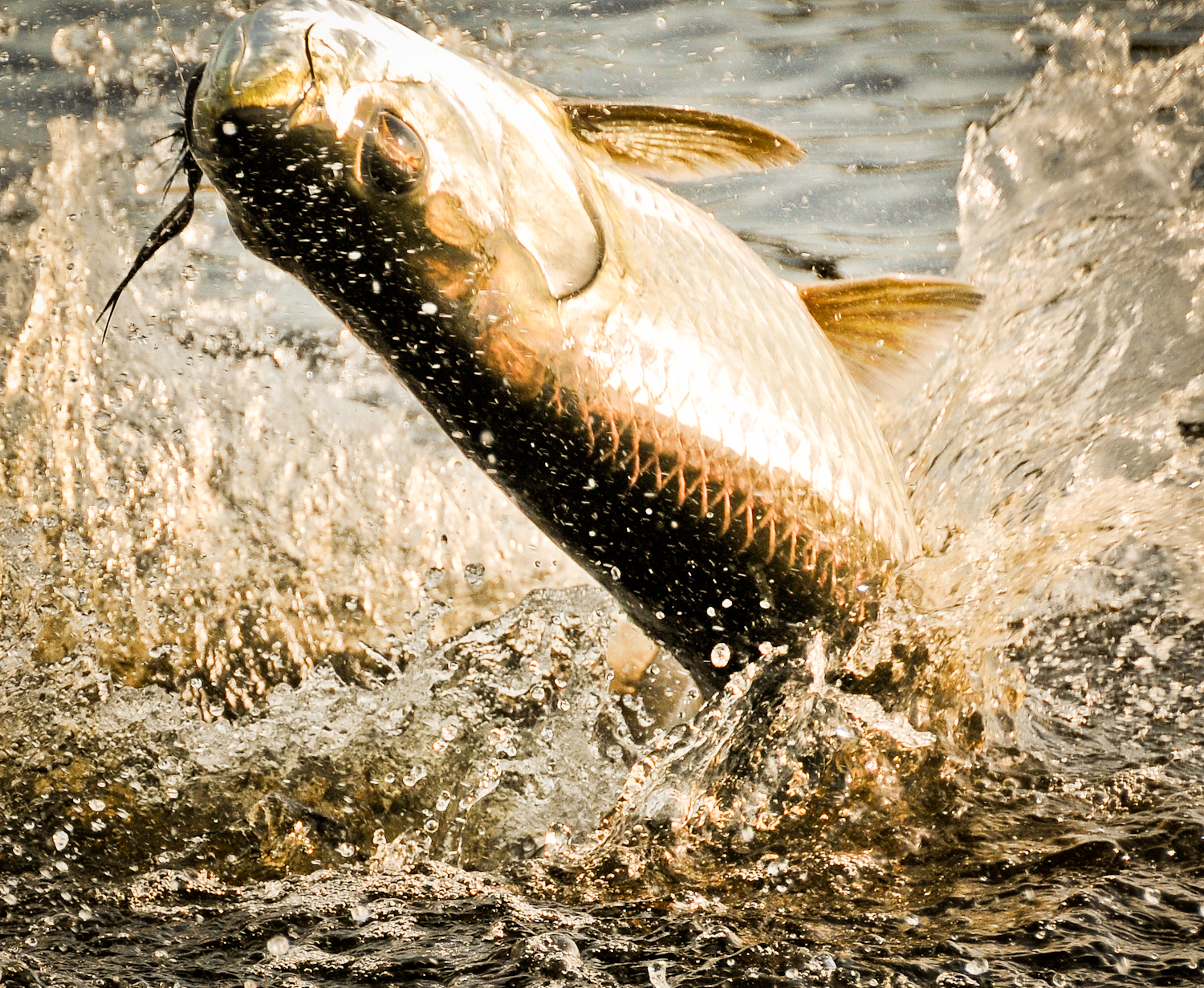 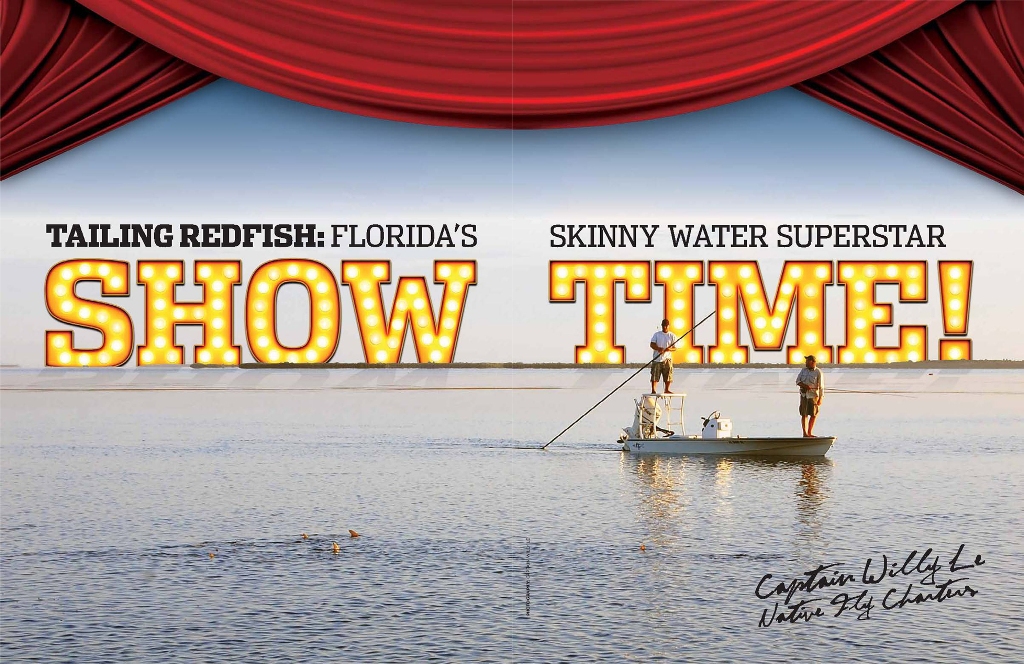 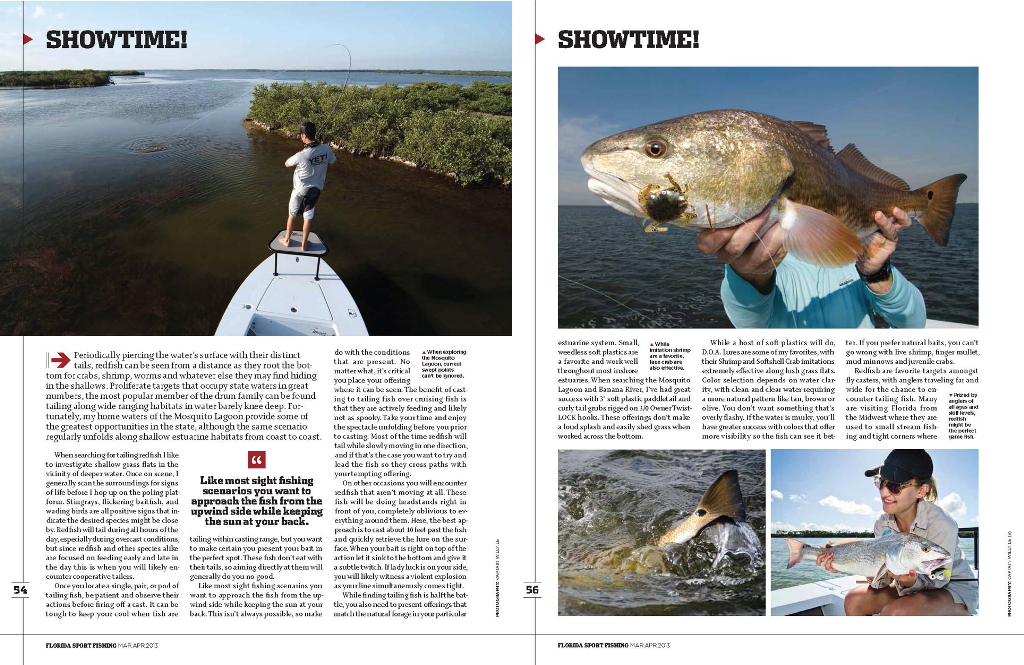 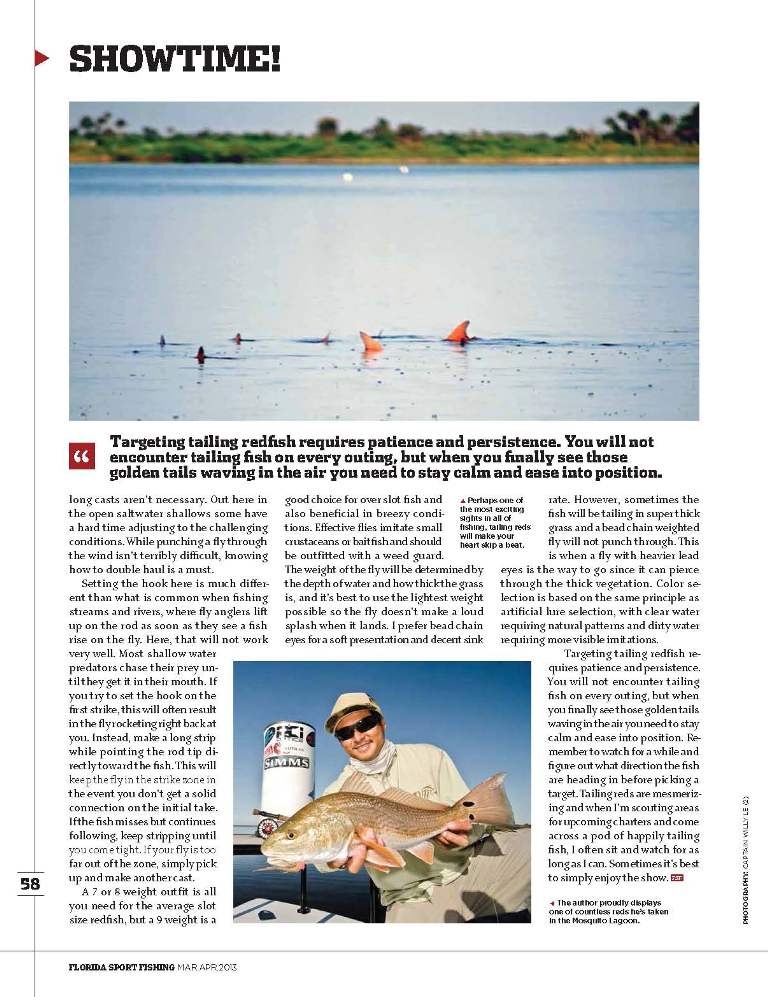 Florida Sportsman Magazine cover of my clients Mark and Reyes that I shot in the Mosquito Lagoon. 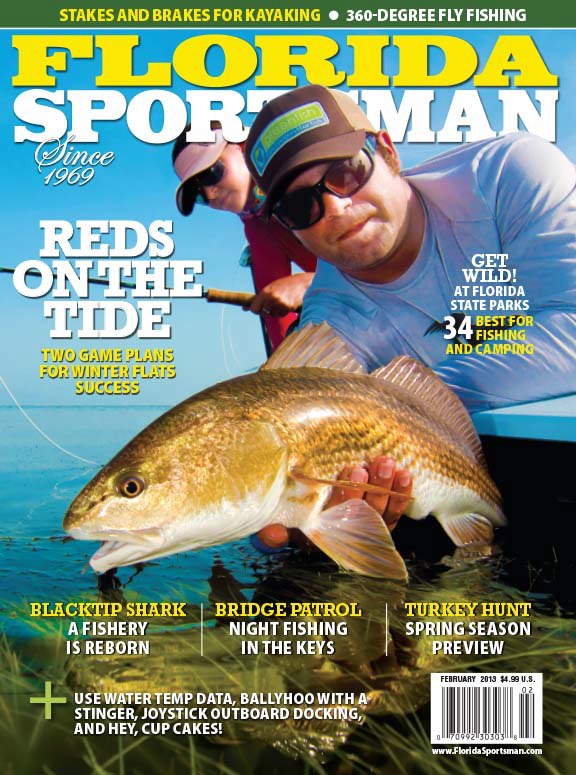 One thing that I find to be especially rewarding about the fishing community is all the new and interesting people I get to meet. Prior to the past year or two, my reach of friends who enjoy fishing as much as I do, didn’t extend much past Tampa. Now a days, I find myself chatting with fellow anglers all across the state of Florida, and even beyond. This lends an opportunity to visit and fish some locations and areas that I previously would not have. Included in my network of friends is a man by the name of Capt. Willy Le. He is a local guide (Native Fly Charters) who is located on the east coast of Florida, and specializes in fly and light-tackle fishing in the shallows of the Indian River and Mosquito Lagoon….READ MORE 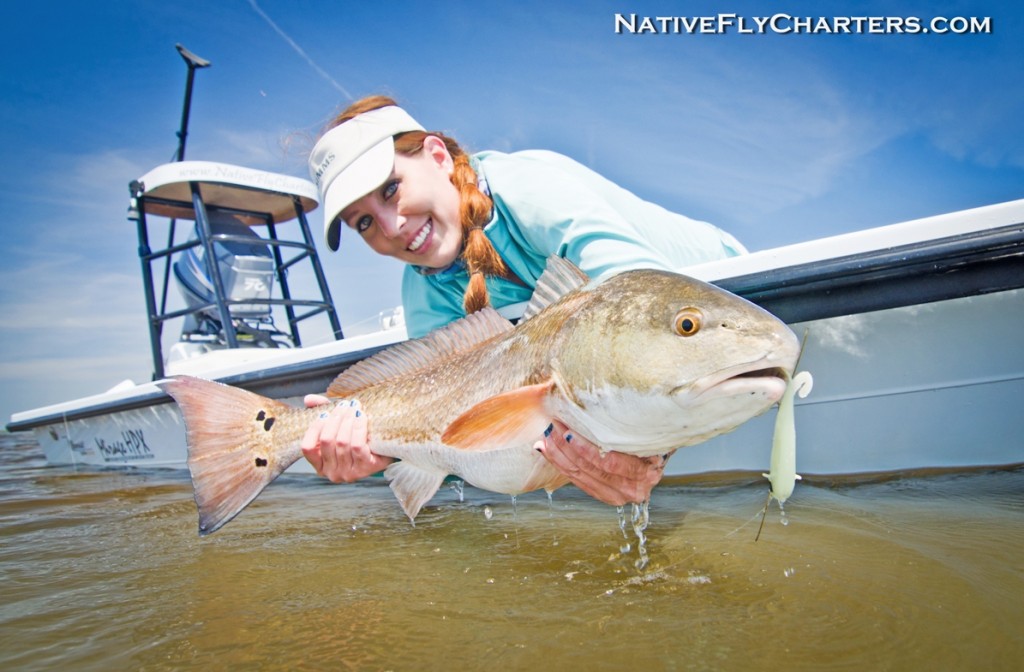 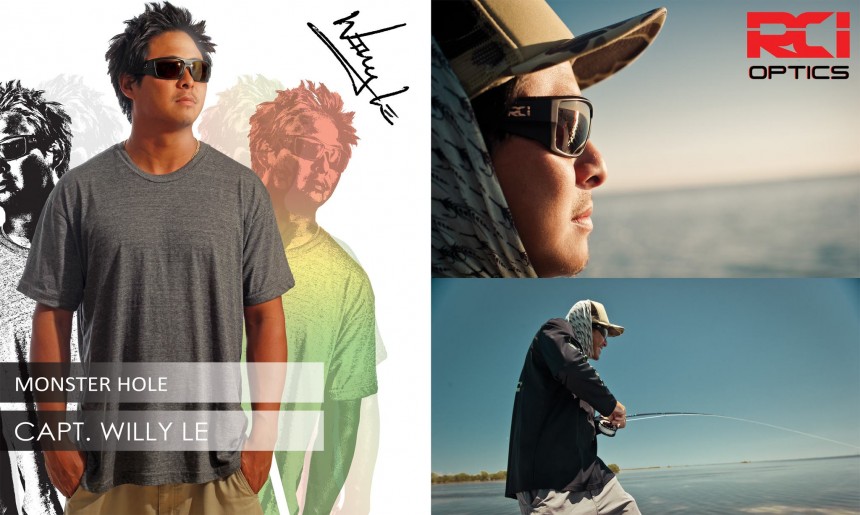 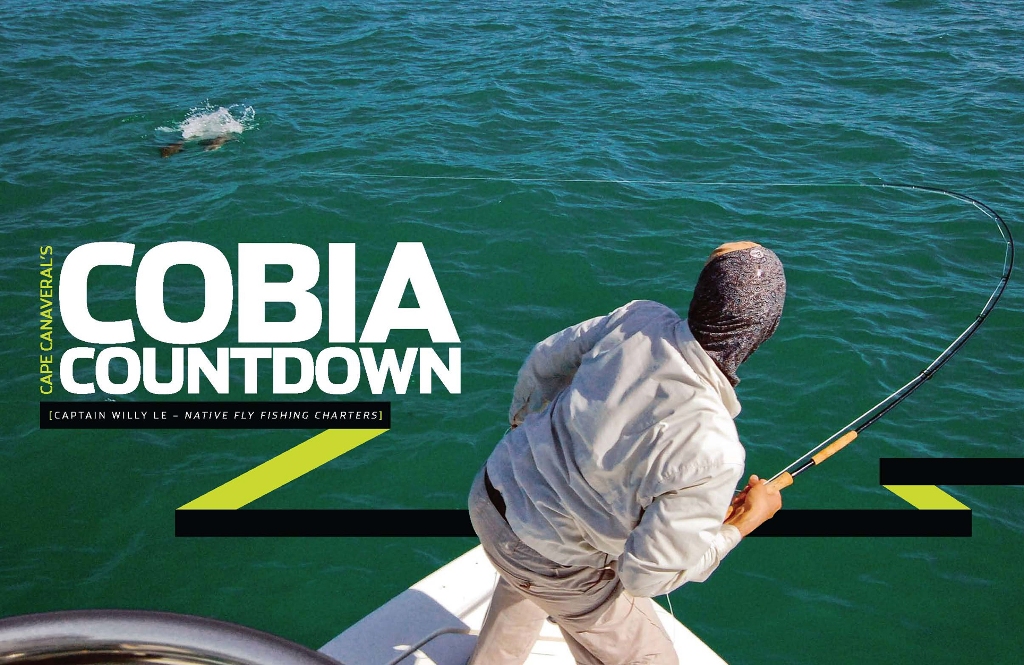 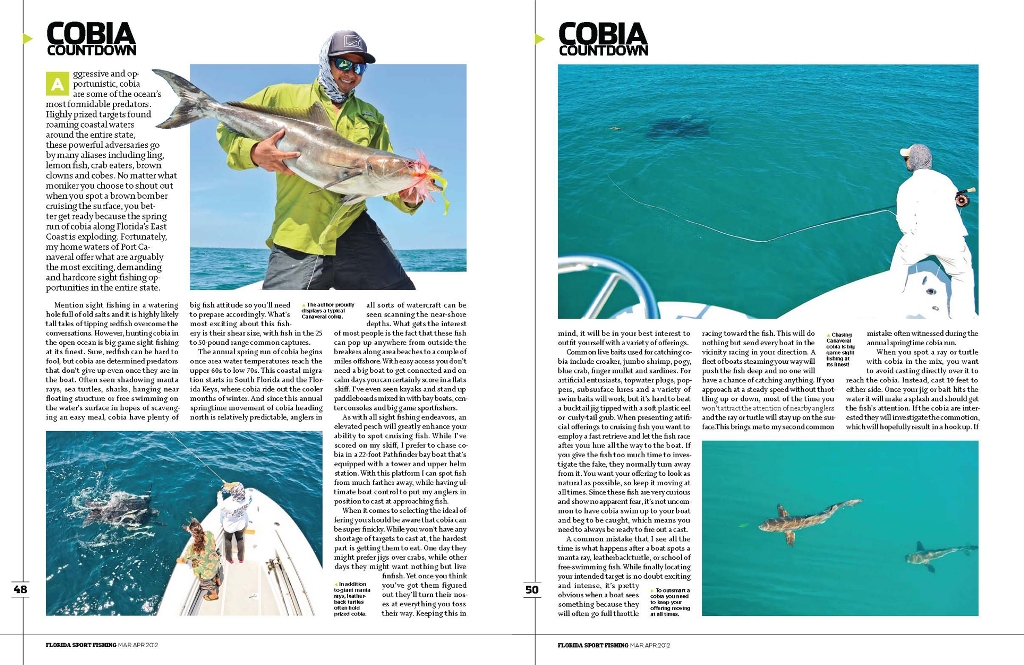 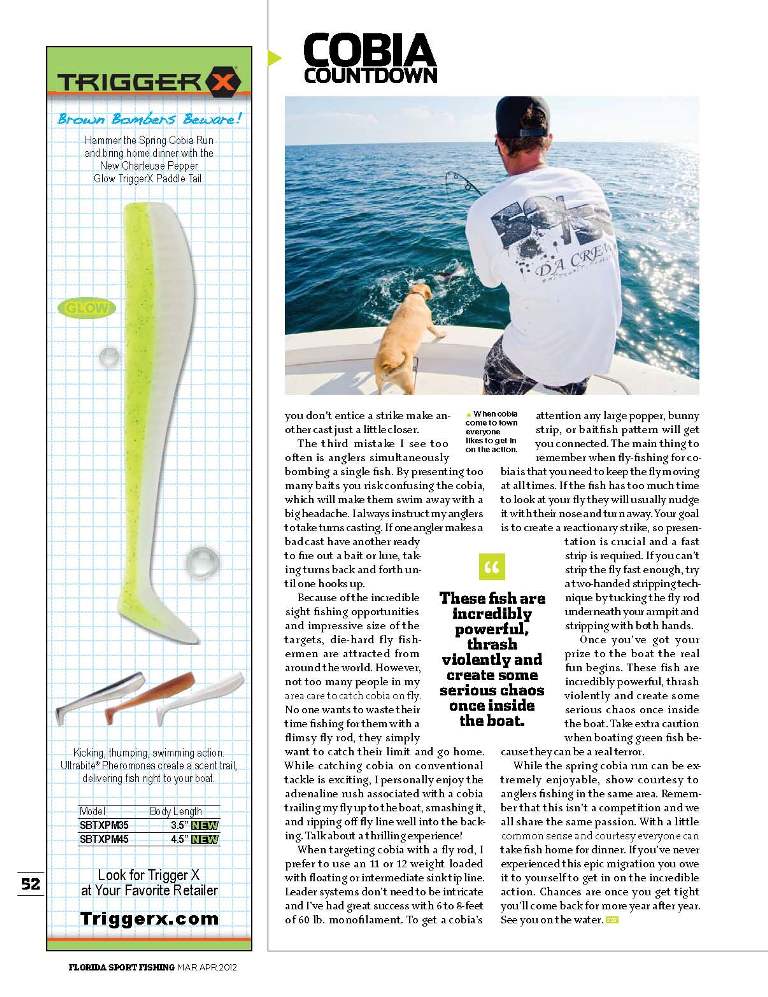 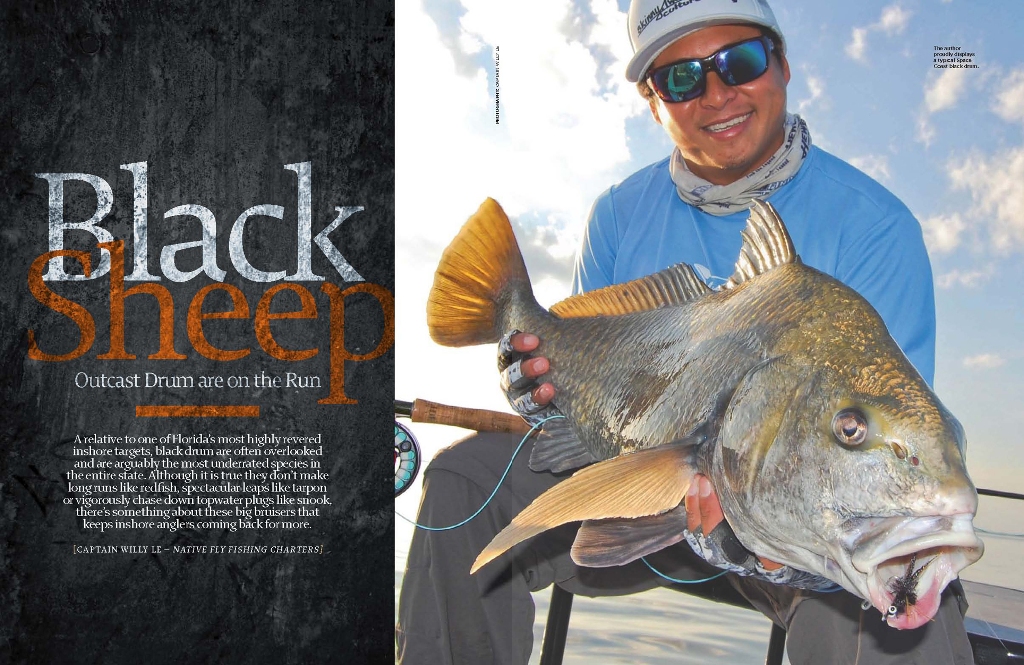 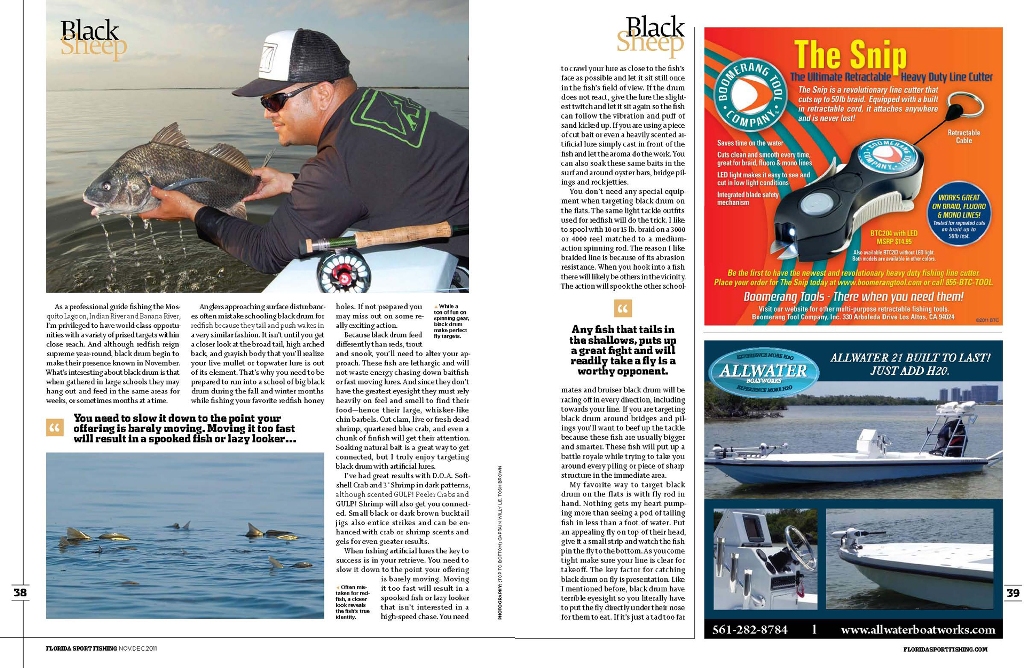 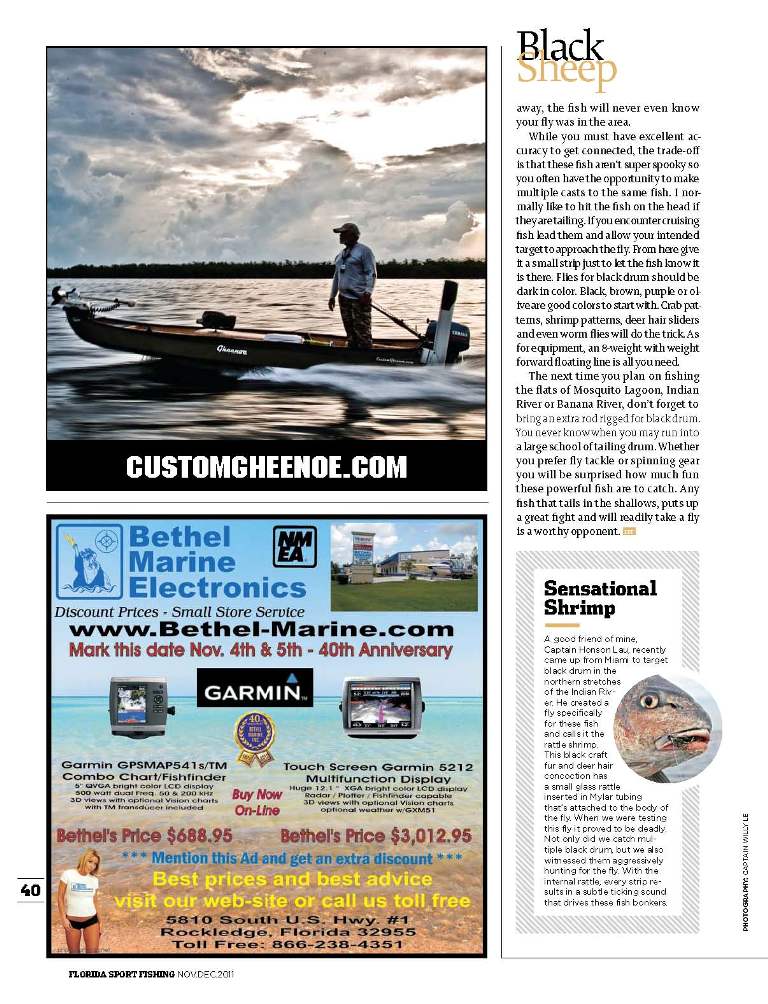 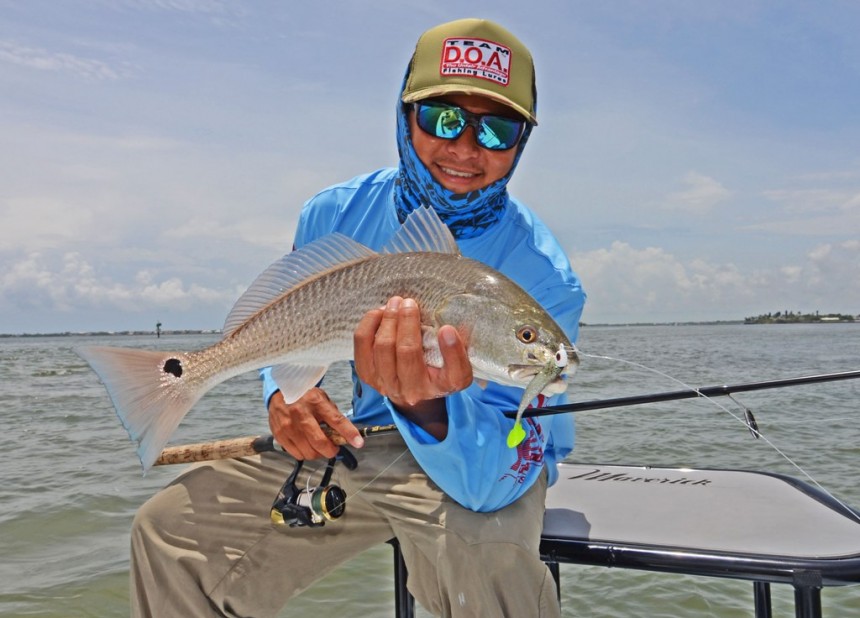 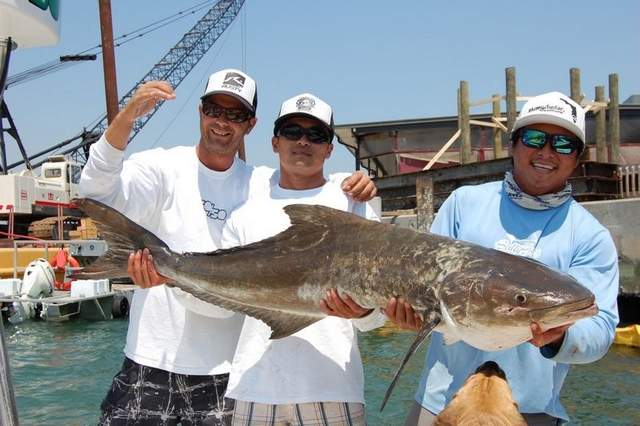 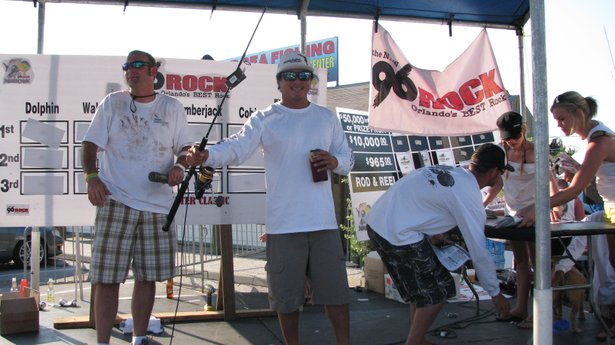 Even in a shaky economy, there is one offshore fishing tournament that attracts more and more anglers every year — the 96 Rock Saltwater Classic.
The Orlando-based rock and roll radio station may have changed its name, but didn’t alter its 100-percent free entry fee. Nearly 800 boats registered for the Port Canaveral tournament, now in its 10th year, and hit the seas in search of dolphin, wahoo, king mackerel, cobia and amberjack.
One of the first big fish to hit the docks at Rusty’s Seafood and Oyster Bar was a colossal cobia caught by Team Fifty-Fifty. The 66.8-pounder was caught by Willy Le, a Cocoa Beach captain who runs Native Fly Charters.
“It was a slow day,” said Le. “By 1 o’clock we’d caught only one tiny cobia, about 20 inches long. We didn’t think we’d see anything else.”
Le — who was fishing with his brother, Trung, friend Danny Francis, and dog, Romeo — decided to move a little closer to shore and keep looking for cobia along the beach.
“I saw a big shape in the water ahead of us, but it was so big I actually thought it was a tiger shark,” he said. “With a rod in my hand, I was deciding whether or not to pitch a bucktail to it.”
When the shape of a cobia came into view, Le launched his jig at the surface-cruising fish and hooked up instantly. After a tough tussle, they boated the fish and made the run to the weigh-in.
“It’s the dog, Romeo,” said Danny Francis of Melbourne. “He’s always our good luck charm.”

Other anglers weren’t so lucky. Many spoke of cold bottom temperatures, a lack of available baitfish and choppy seas.
Captain Scott Bussen of Merritt Island knew how to play the hand he was dealt Saturday. Knowing that the heaviest fish of any qualifying species would win the $2,000 side-bet Calcutta, so he opted to target big amberjacks.
“I knew the bottom had been cold and the fish were acting funky,” said Bussen, who runs the Canaveral-based charter, Relentless. “We hit a wreck I know in 180 feet and dropped live baits on it.”
Bussen and his crew cranked up a couple 40-pounders before bringing the largest, a 63-pounder. Not only did their fish win the $2,000 prize for first-place amberjack, but they took home an extra $2,000 for entering the side-bet, which cost Bussen an extra $40.
“It’s probably the best 40 bucks he’s ever spent,” said 96 Rock radio personality, Scott Buckley.

Not many big kingfish made a showing in this tournament, but one fish did turn some heads at the dock. David Delboccio was fishing with friend Bill Knight when he landed a 37-pound kingfish. Delbocci, of Melbourne, caught the mega-mackerel on a live mullet trolled over a deep reef. And of course, some dolphin and wahoo were brought in, but no real monsters.

Joshua Moores of Cocoa earned his team aboard the All-In $2,000 with his 27.5-pound dolphin.

The crew of the Double Haul landed the winning wahoo. Angler Chad Lane of Winter Springs caught the 36-pounder on a yellow-green Islander and ballyhoo combo. Lane said they were trolling in 150 feet and got lucky when the wahoo struck.
Results

To see more pics and read more about the day, please follow this link: https://www.nativeflycharters.com/wordpress/2011/05/10/96-rock-saltwater-classic-tournament-win/