July is one of the hottest months to get out and go fishing. The weather pattern will be more predictable with mornings usually being slick calm, which means topwater fishing! The topwater bite this time of year is outstanding! There’s nothing better than to watch a Redfish, Snook, Trout , or Tarpon come out of nowhere and explode your lure on a quiet calm day. The first thing I would do on a calm morning is to tie on any kind of topwater lure and work an area that has bait or big mullet present.

This is a good month to target oversized Redfish in the Mosquito Lagoon, Banana River and N. Indian River. They will be milling around on deeper flats and drop offs around 3-5ft. Keep a close eye out for single fish or a big group humping up when running a lane from spot to spot on nearby flats. (I don’t recommend burning every flat just to bump up fish, especially when there are other boats poling the flat, it’s just not good for the fish, the grass, and fellow fisherman.) Even if you see one fish spook, it’s worth shutting down and poling the area.

After tying on 8 different soft plastics in different color variations, I found out that the D.O.A. Baitbuster is the lure of choice for these big girls, they were happily taking these lures on the top with a stead retrieve. 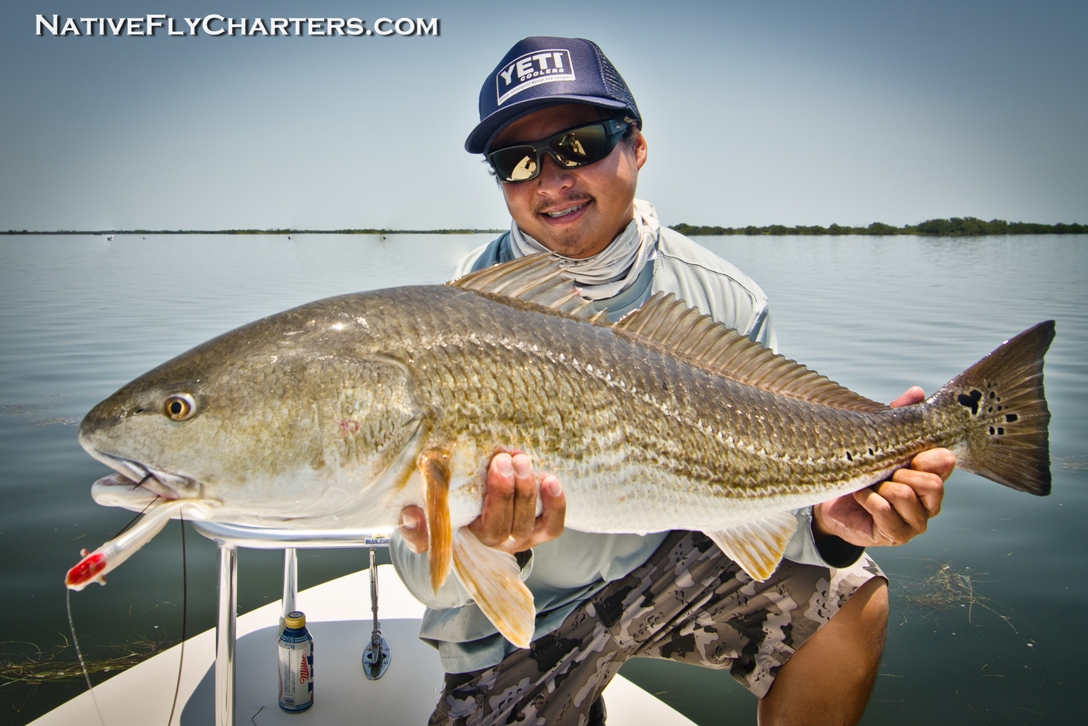 Fly fishing can be tough for the bigger Redfish since they are picky eaters but it is possible. Any big fly that represents a baitfish should do the trick, but be prepared to have lots of rejections.

If you prefer to use live bait or if you want to put kids on a big fish, you can’t go wrong with a chunk of Ladyfish or mullet. 7 year old Gavin was waiting patiently with rod in hand until this fish grabbed his bait and took a long run screaming his drag for what felt like minutes before it slowed down enough for Gavin to start reeling. This was his first ever Redfish! 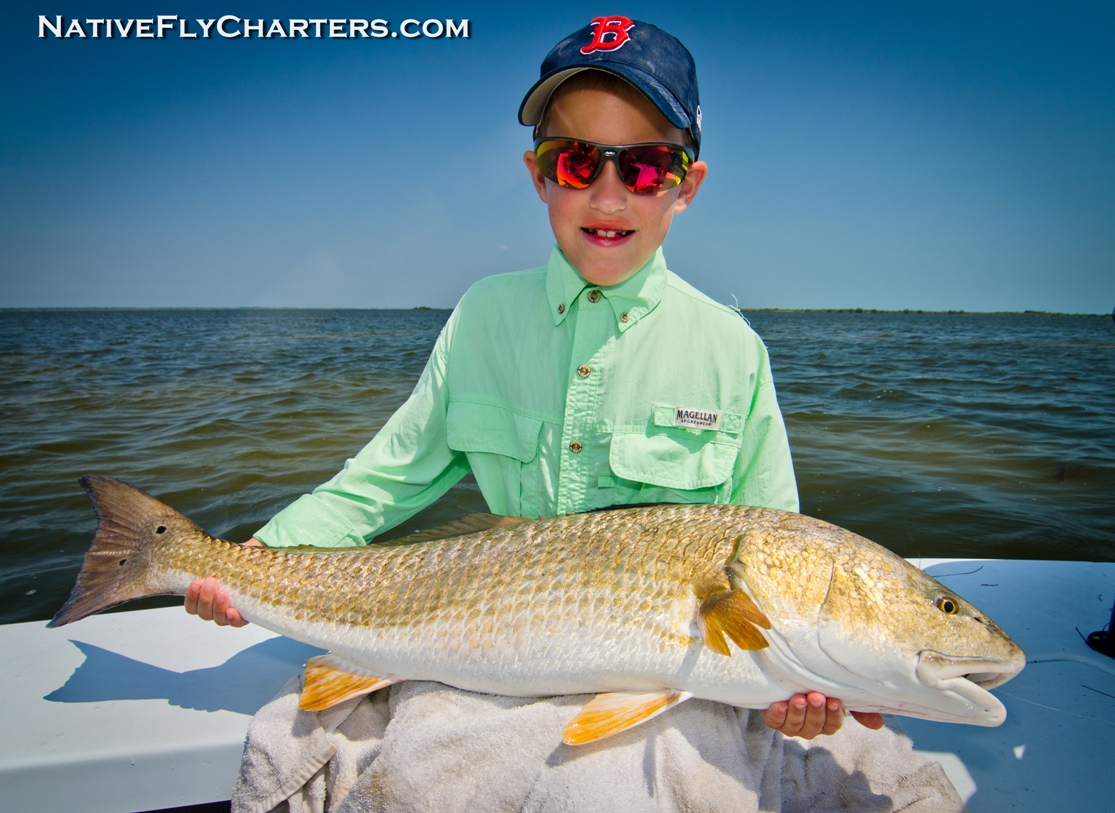 Gavin’s dad and grandpa pose with his prize catch. 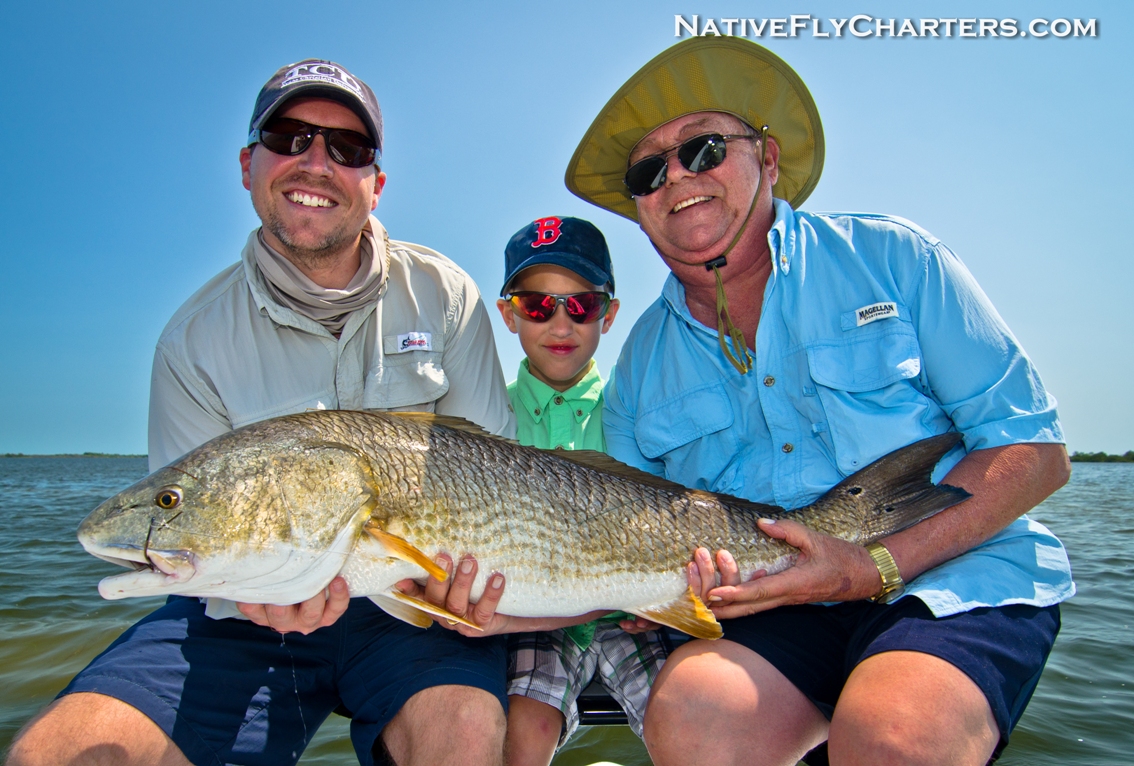 Don’t be surprised if a flounder grabs your Redfish lure in sandy areas in the Mosquito Lagoon. Steven caught one of the biggest flounder I’ve seen pulled out of the Lagoon using a D.O.A. jerkbait, (with the help of his son Gavin of course.) 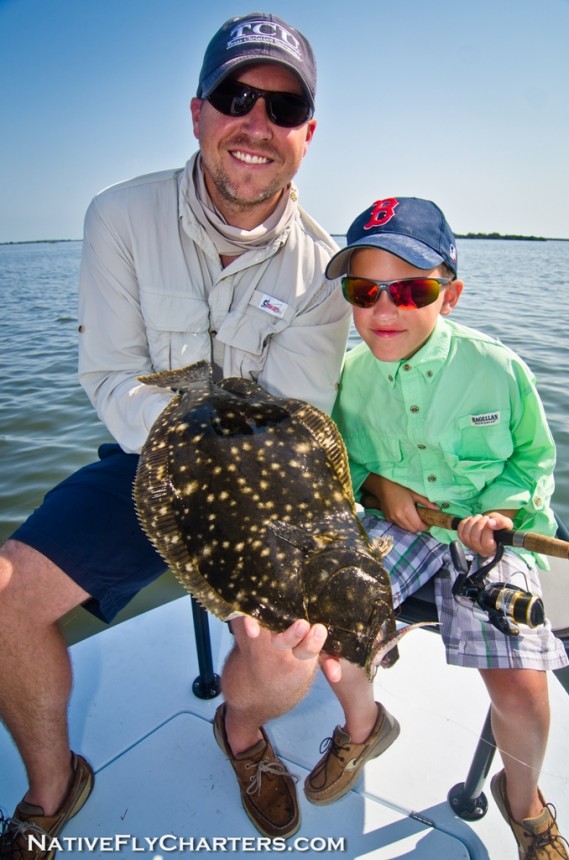 Last week, Panos and Bailey came down from NYC to get on the Mosquito Lagoon for some Redfish action. 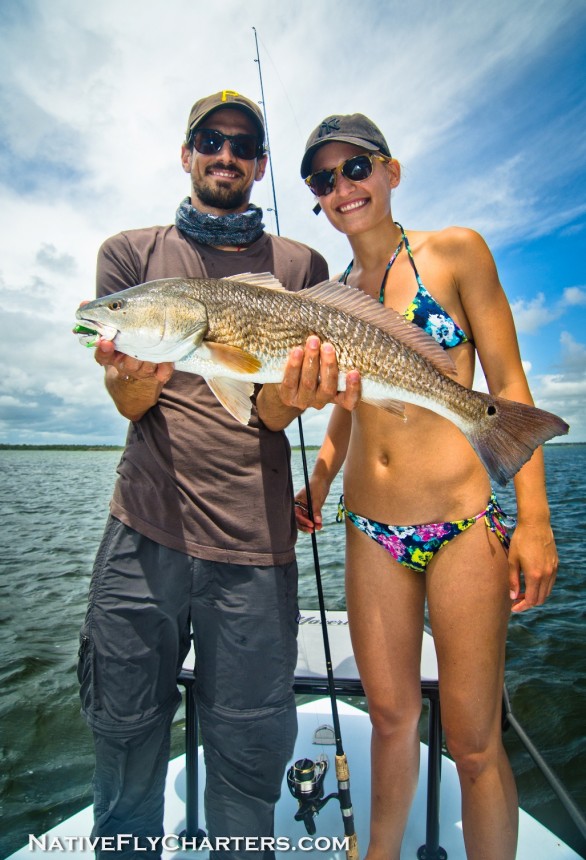 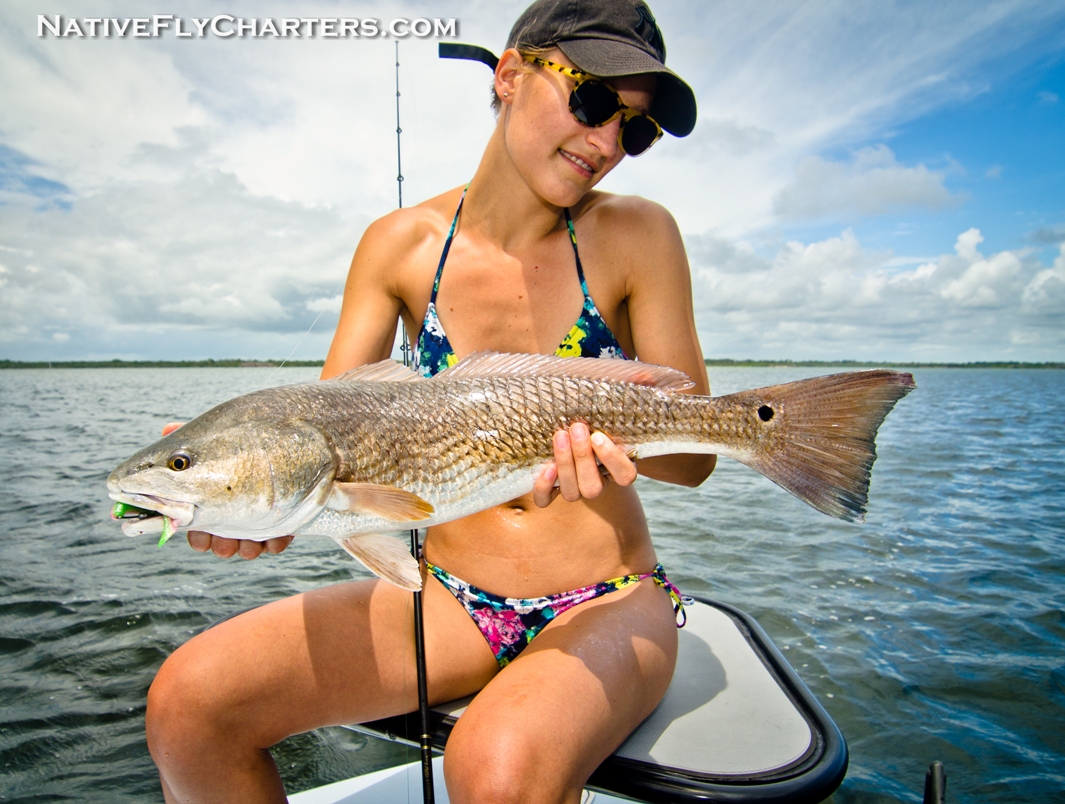 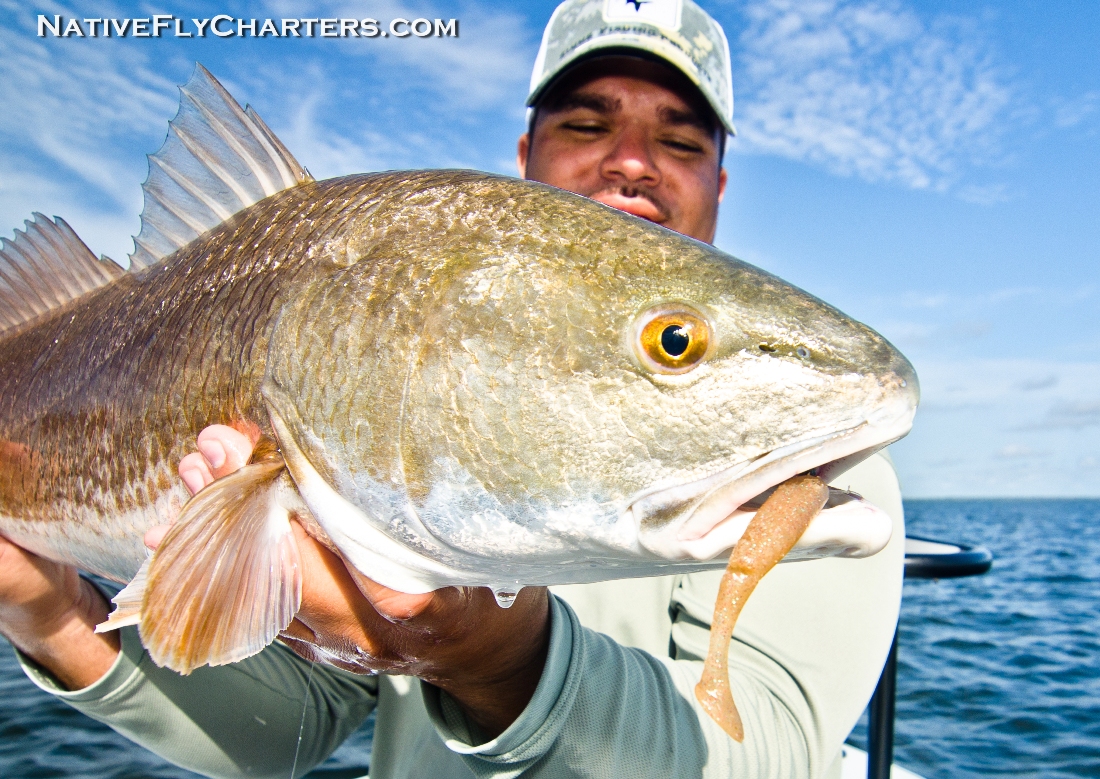 Adam releasing a big girl back into the Mosquito Lagoon. Remember to handle all fish with care and take the time to revive the fish, especially when the water gets warmer during the summer months. 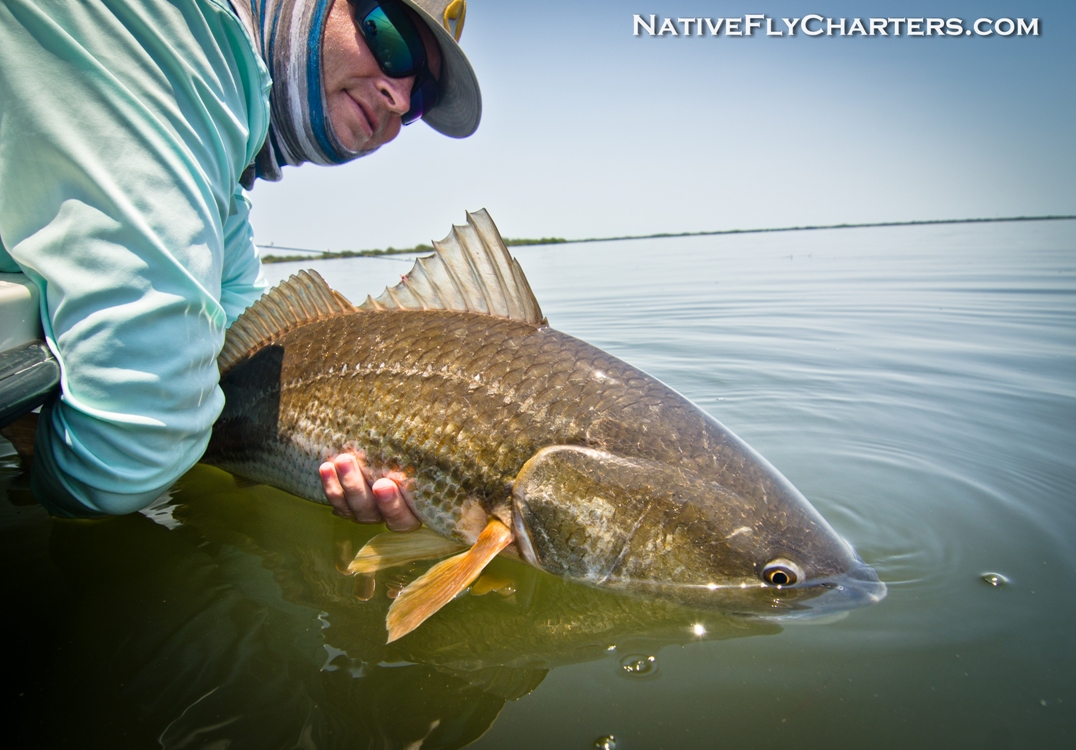 July is also a good month to target Tarpon in the East Central region. Larger Tarpon up to 150lbs can be found heading north along the beaches crashing on bait pods or just rolling along doing their thing. You can easily get them them on Pogies or 10-12 inch mullet but I prefer to throw lures, like the D.O.A. Swimming Mullet or the trolling model Baitbuster. Fly fishing for these Tarpon is possible on some days when they are plentiful and happily rolling. Sometimes you can sneak up to them while laid up or daisy chaining on super clam conditions then you can cast a bait fish pattern at them using a 10-12wt rod.

Here’s one from a while back caught by Dominic Agostini 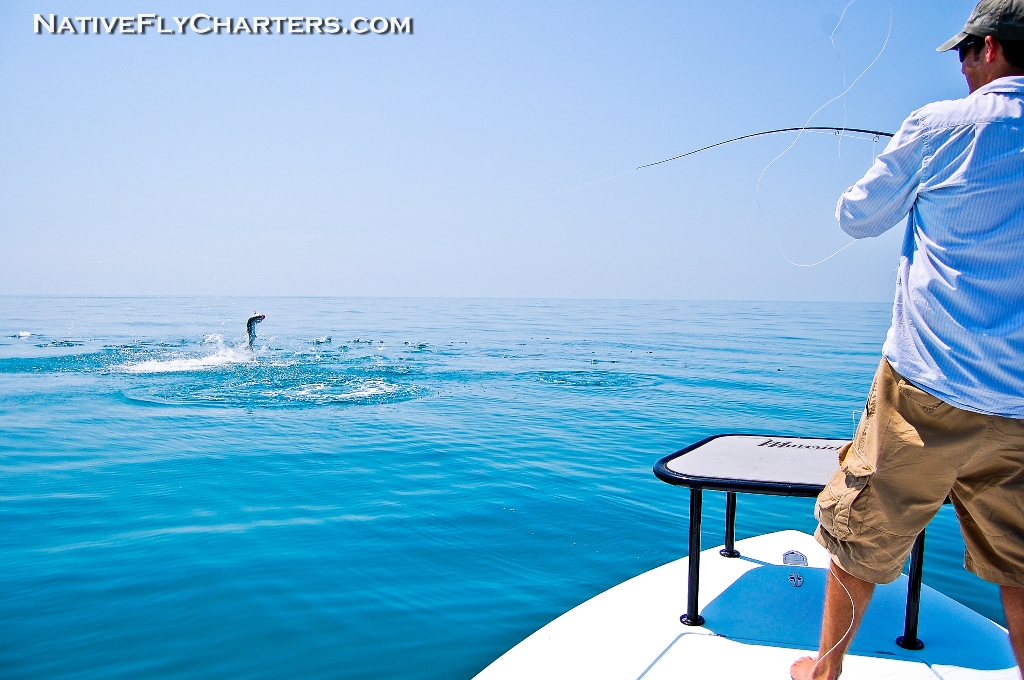 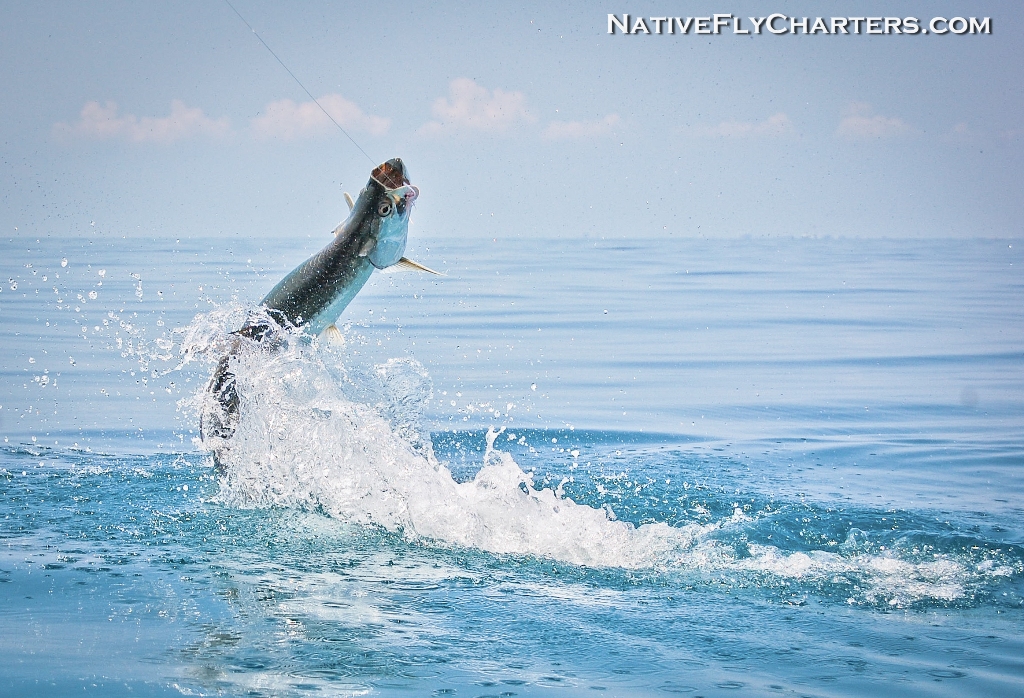 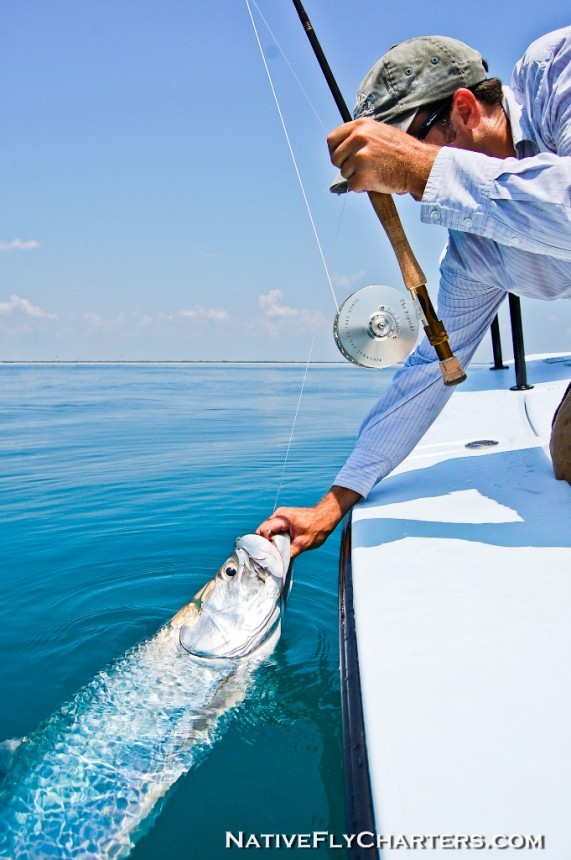 Juvenile Tarpon will be in the river and lagoon systems as well if you prefer less fight time. These are the better fish to target on the fly rod because these fish prefer a smaller fly that mimics minnows or finger mullet. These fish can range from 5lbs-40lbs depending on what area you are fishing.

Not only is the fishing HOT in July, the temperatures will also be scorching hot. Remember to wear sun protected clothing, lather up on the sunscreen and drink plenty of water!