The Government Shutdown earlier this month has kept me and a bunch of other guides out the Mosquito lagoon for 16 days. During the shut down period, we all had to fish and guide in other areas that were not on National Refuge property. I chose to fish closer to home in the Banana and Indian Rivers which is my backyard. Luckily the fishing in these waters have been pretty good.

Once the Government Shutdown came to an end and the Mosquito Lagoon opened back up, I thought for sure that the fishing would be on fire…but it was not. Full moon, higher and dirty water was what I witnessed in the Lagoon the day it opened, which made sight fishing very tough. Once we get a couple cold fronts, the water should clear up and the fishing should pick up…that’s what I’m hoping for at least.  Here are some fish stories before the shutdown and after…

Willy and Alejandra joined me in the Mosquito Lagoon before the shutdown when the water was clean and the fishing was good. D.O.A. Shadtails were working really well for them this day. 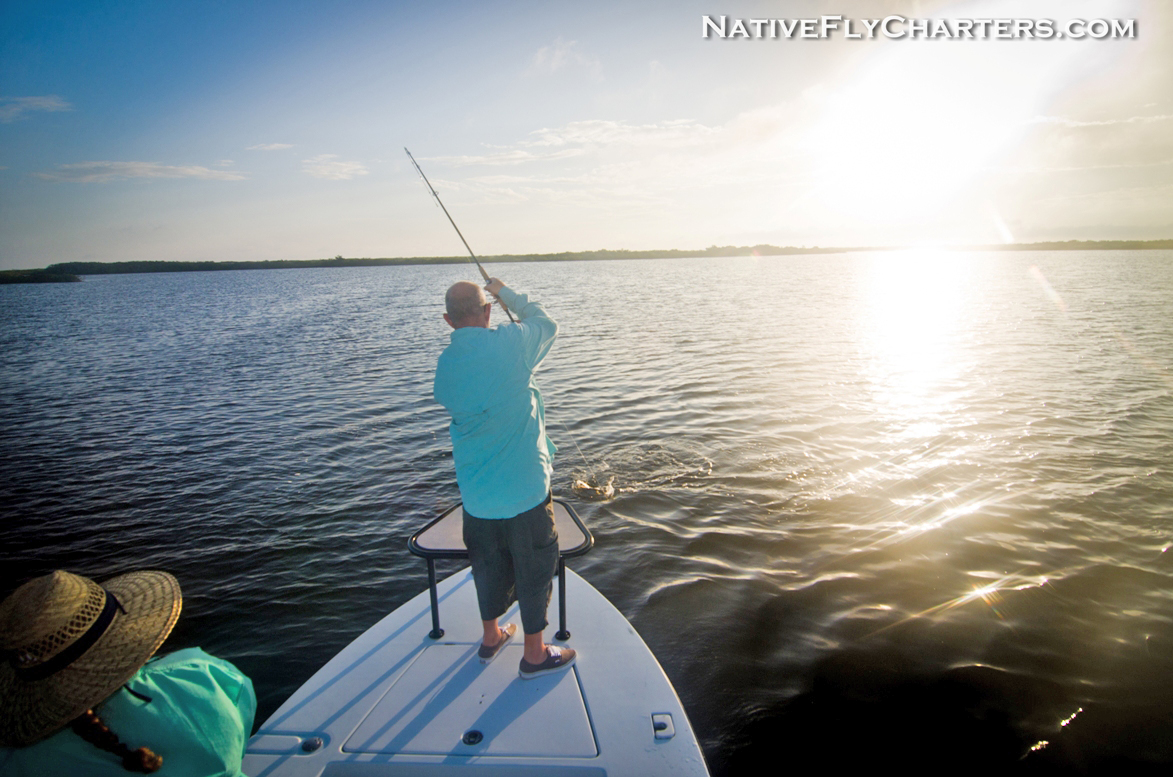 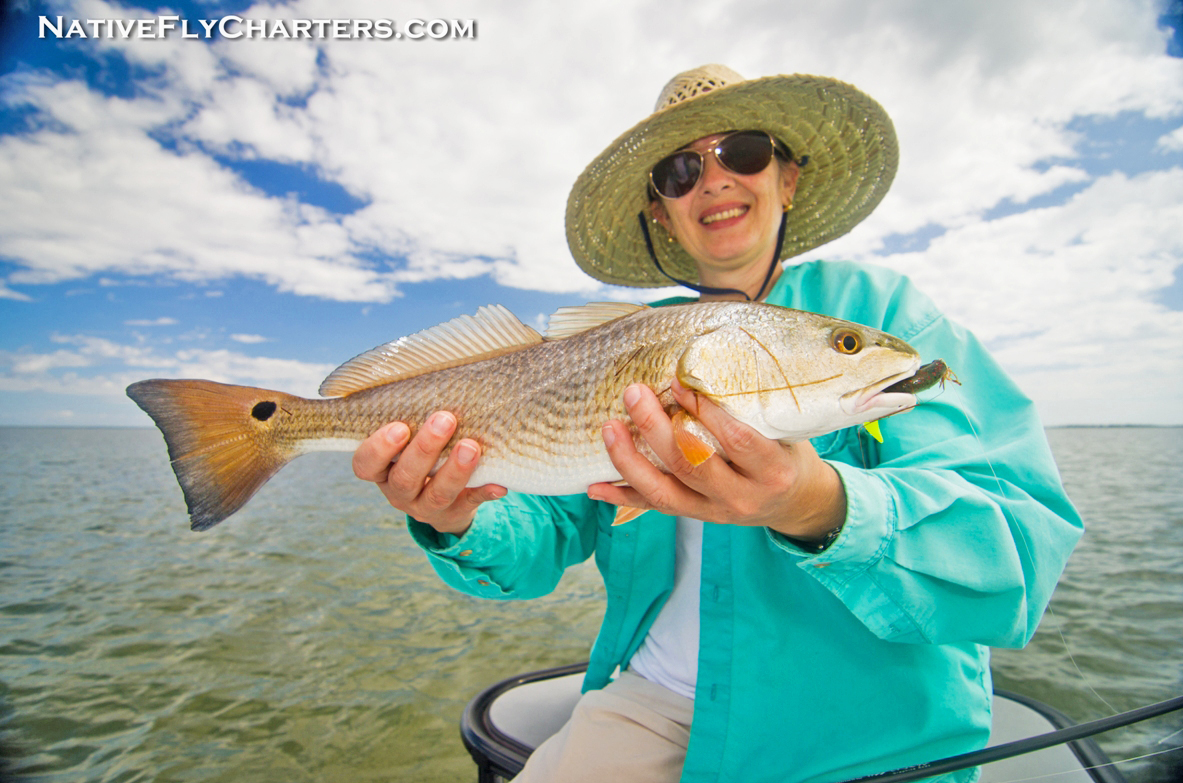 Adam with a healthy Mosquito Lagoon redfish on fly. 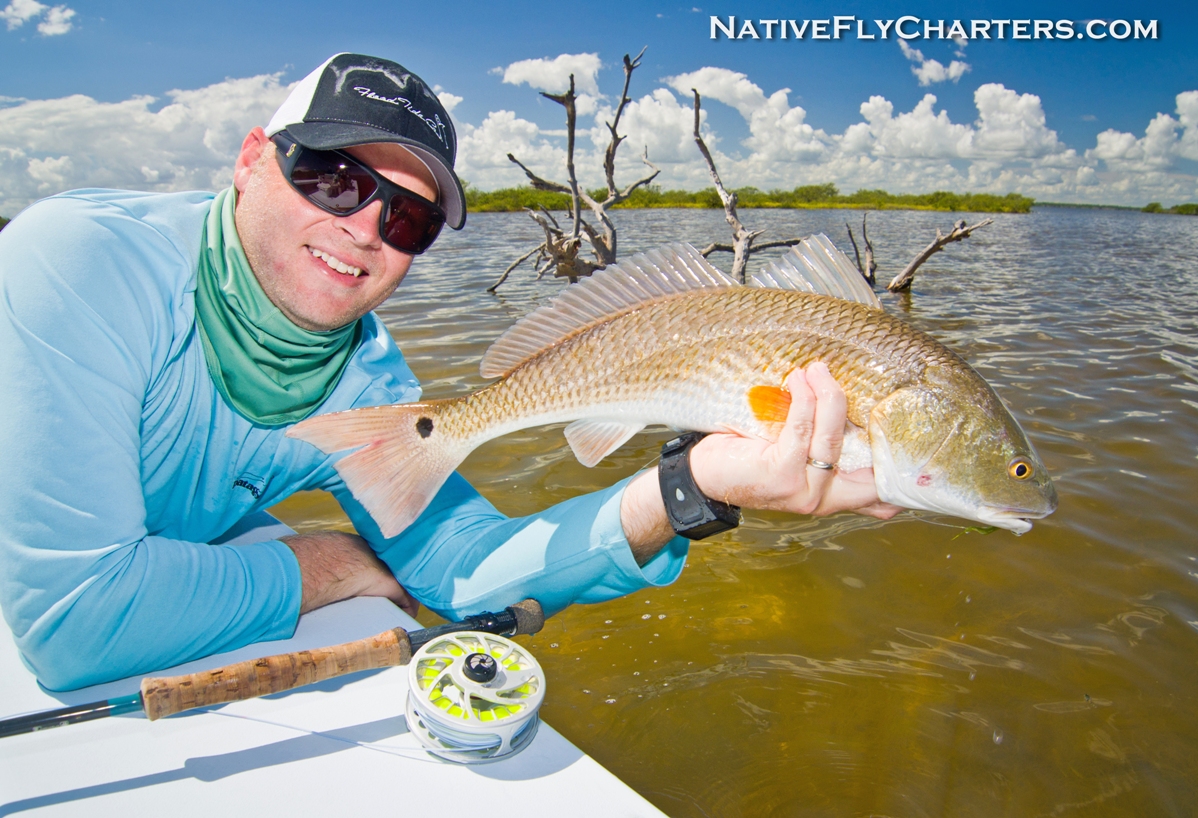 Tony from South Florida joined me for a half day before the shutdown was officially announced. The redfish were crawling in super shallow water and aggressively taking flies. 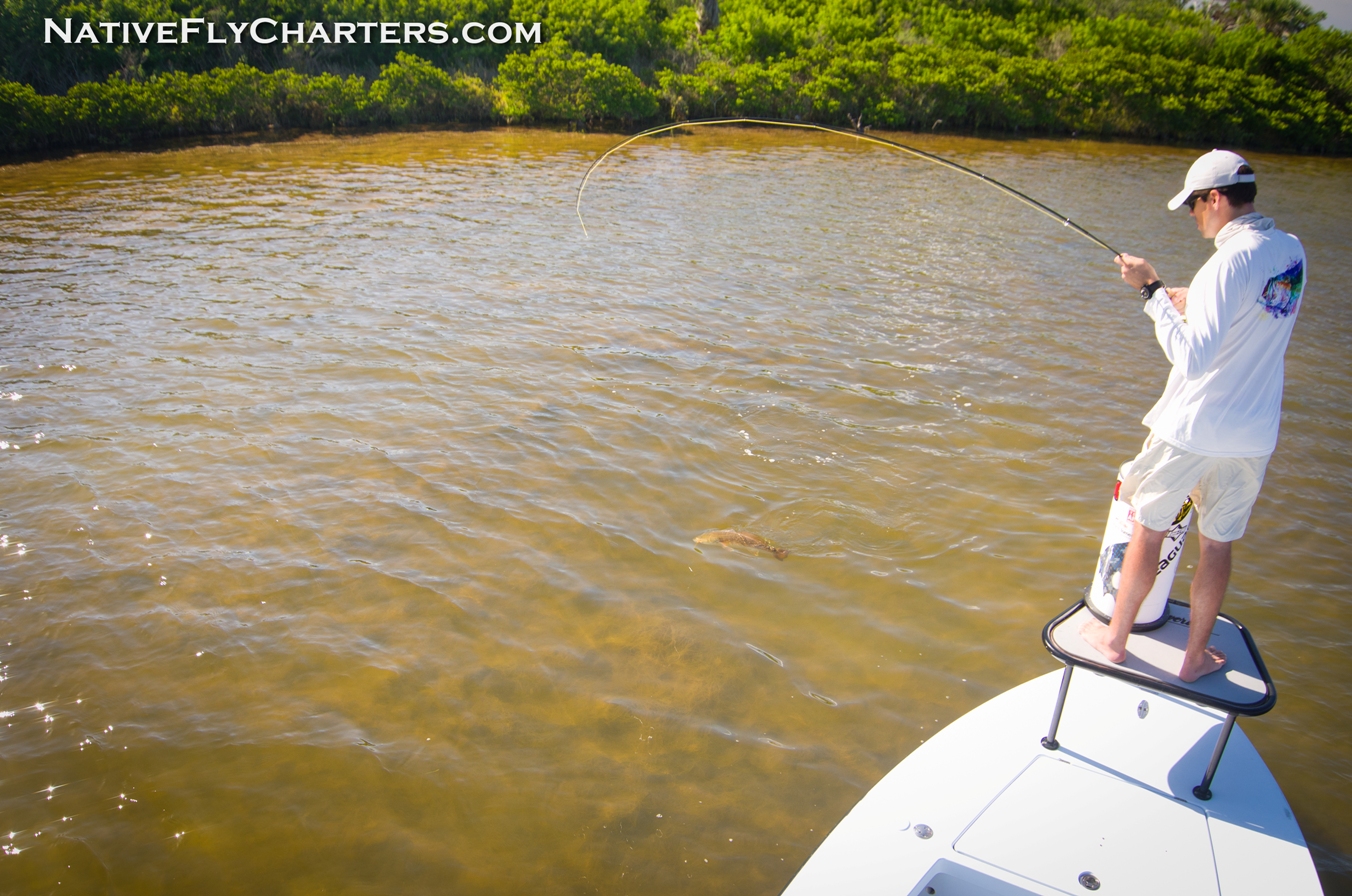 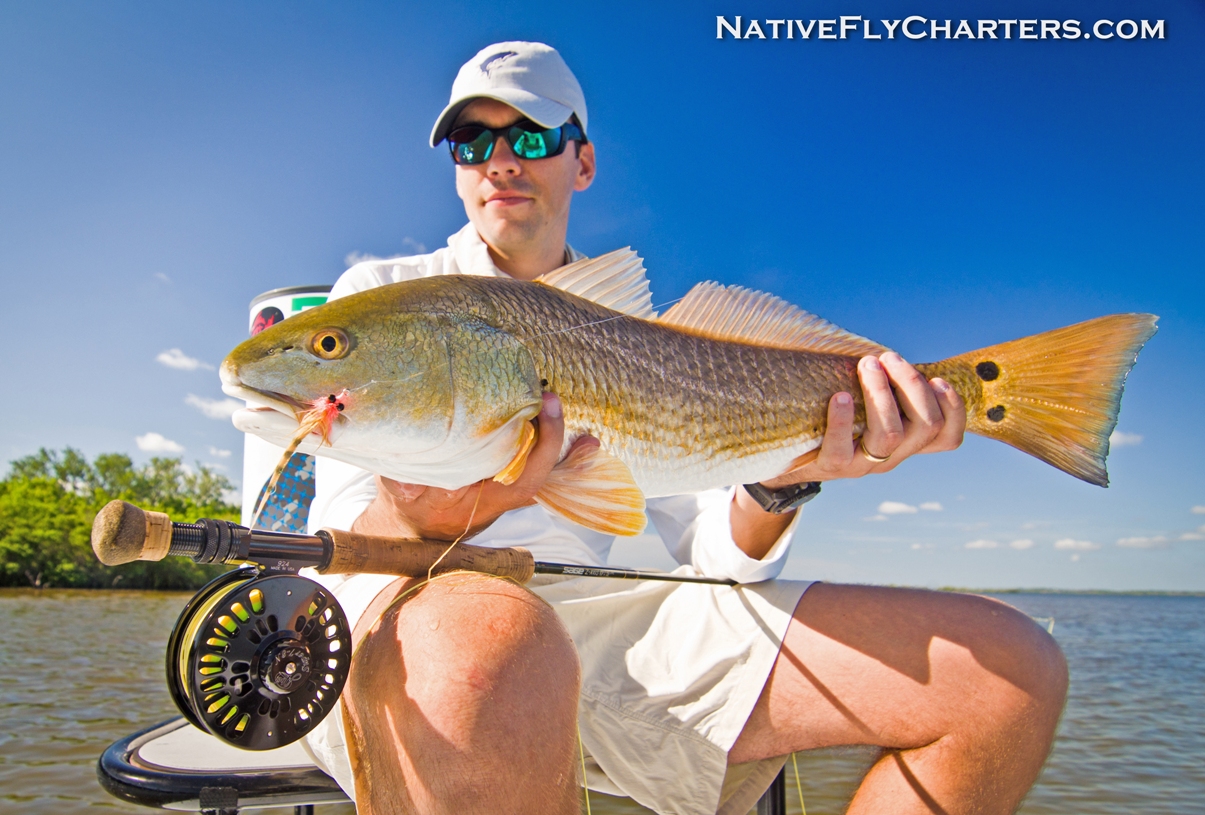 George and Darren were supposed to fish the Mosquito Lagoon with me, but the Government Shutdown that was announced the day before kept us from doing so. I had to go to plan B and fish in the Banana River which I haven’t fished in months. Not knowing what were were going to get into, we ended up having a stellar day after searching and searching. Juvenile Tarpon, Trout, and Redfish were keeping them busy this day on both flies and D.O.A. Lures. 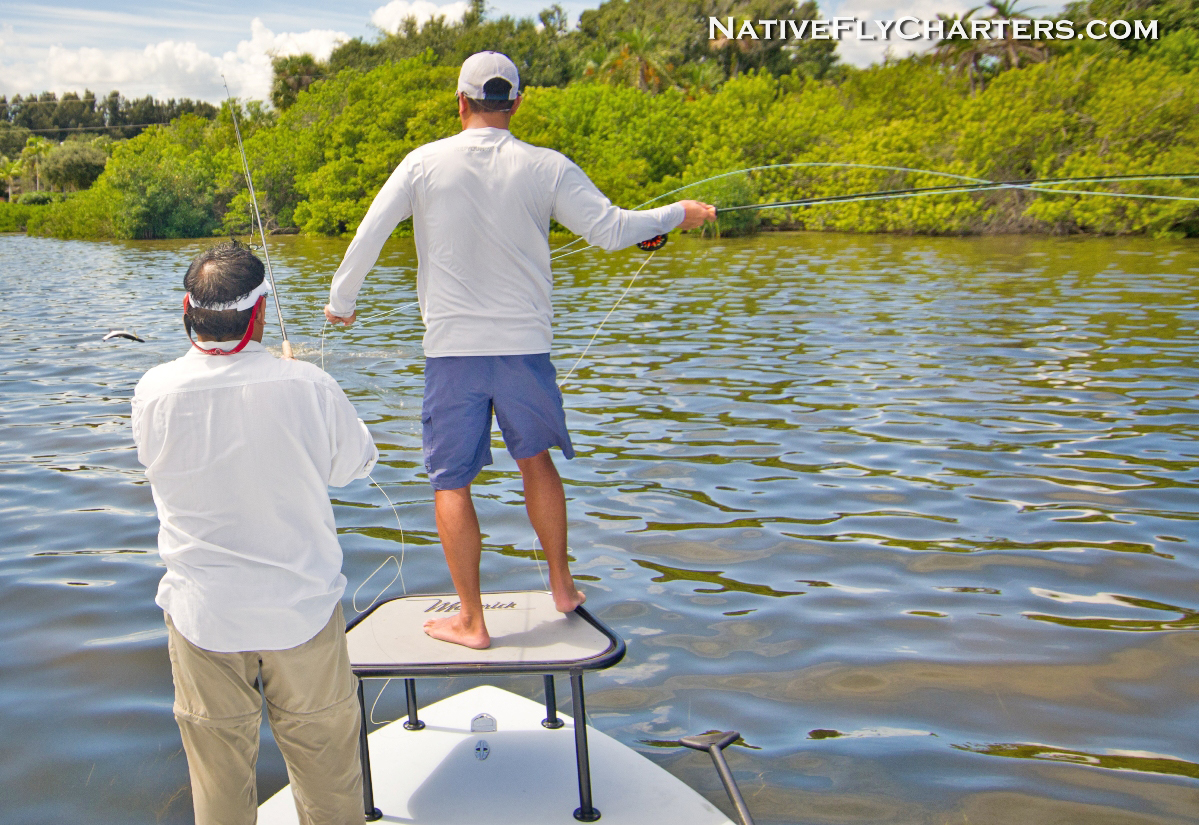 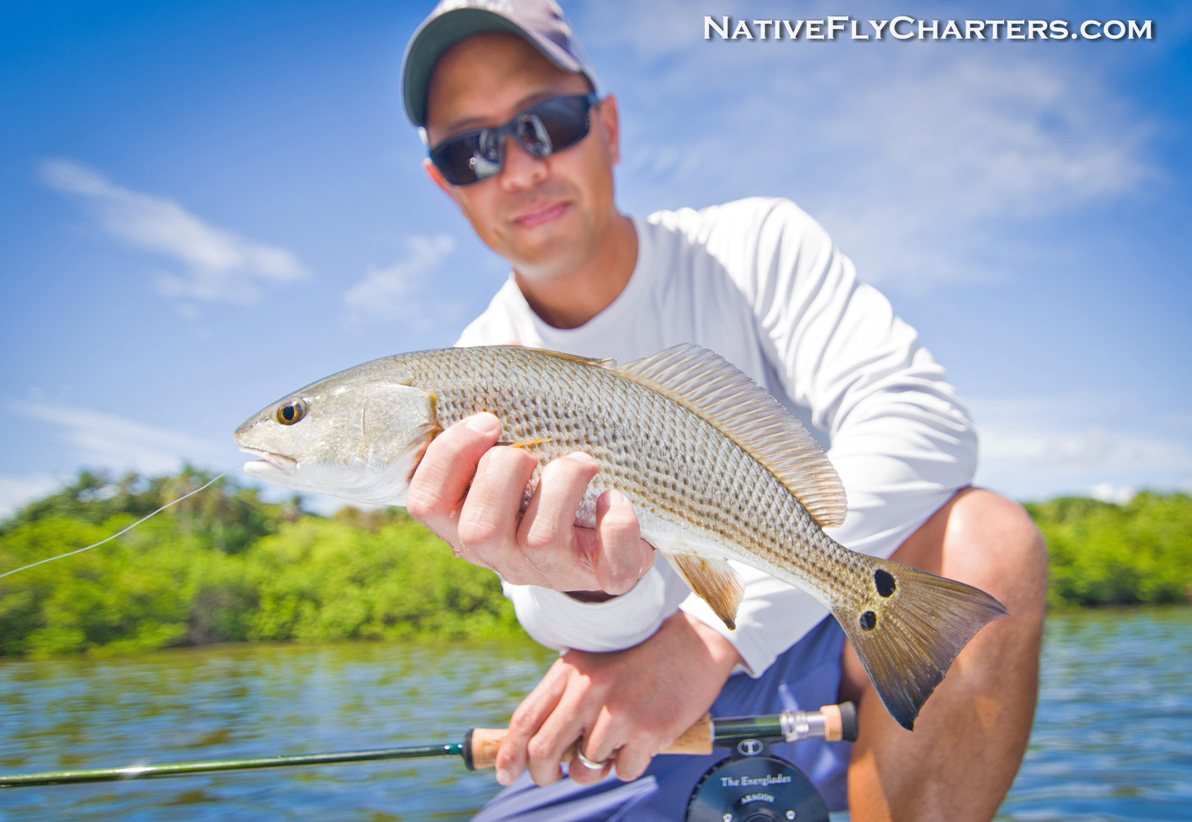 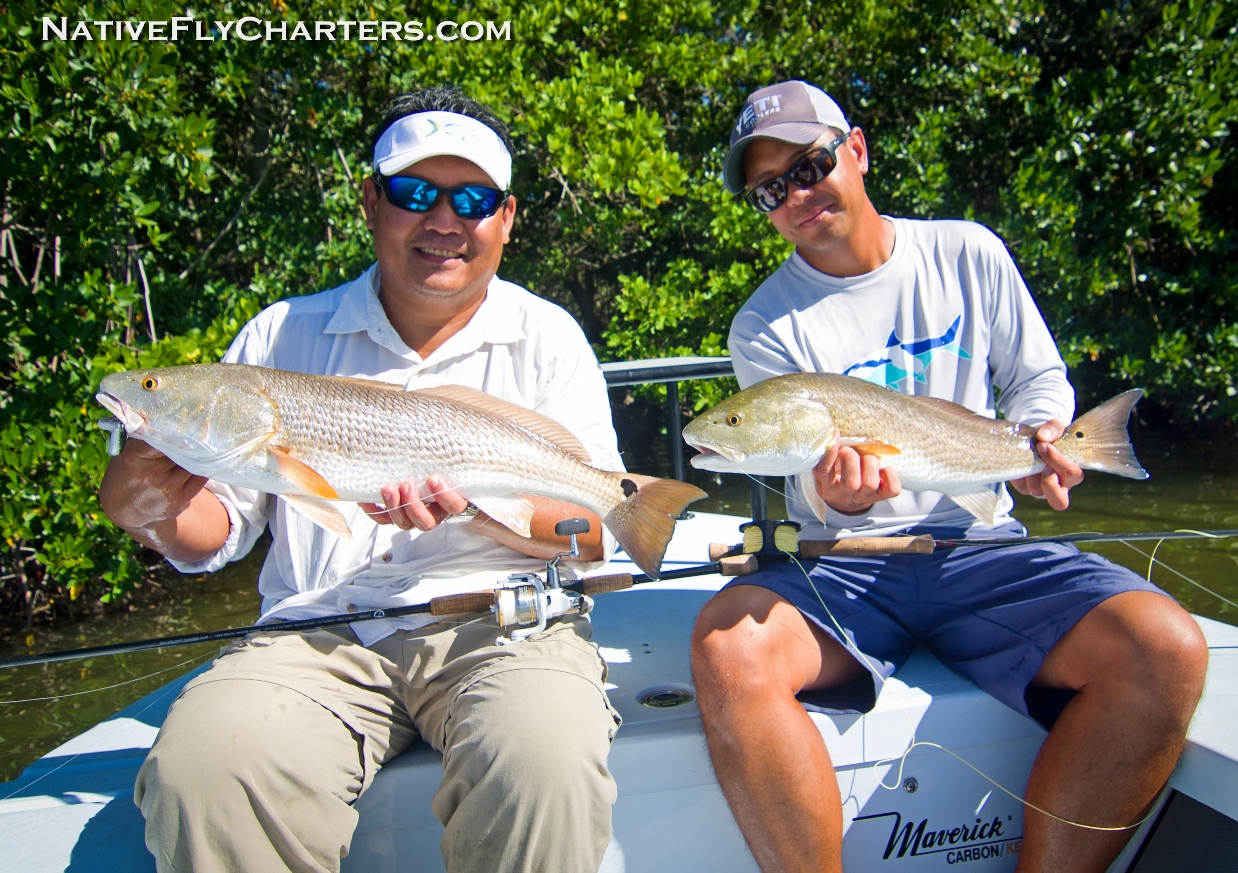 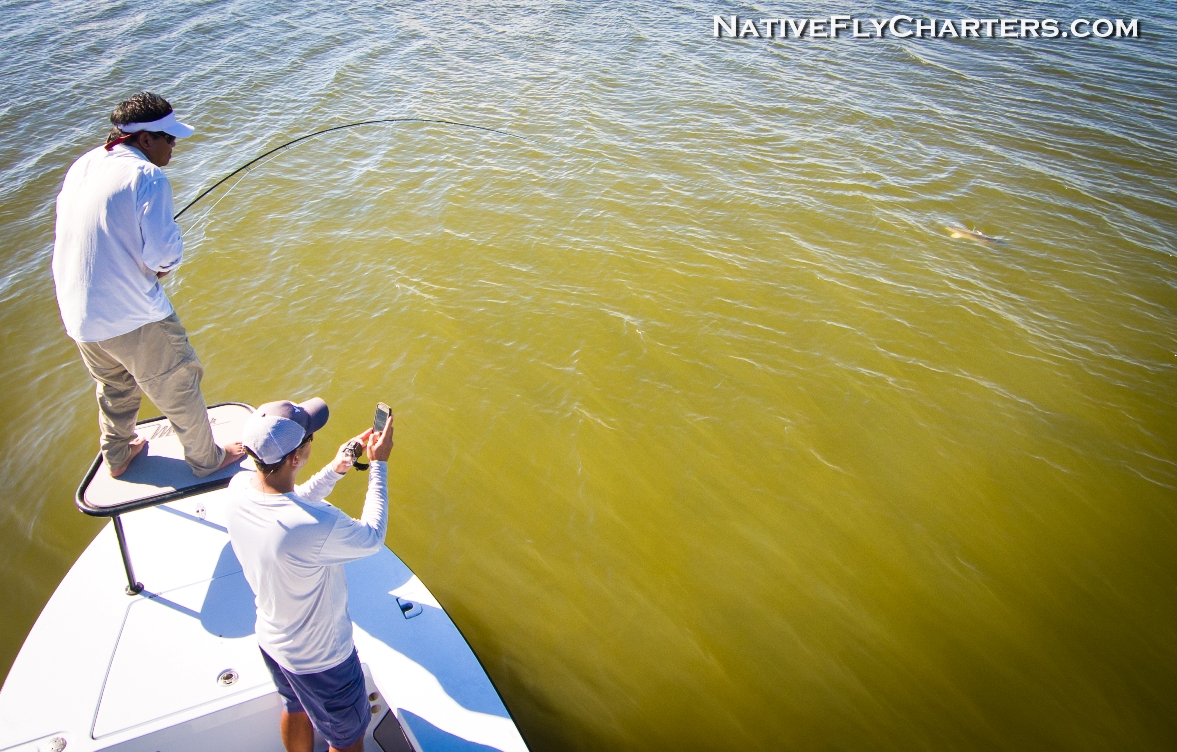 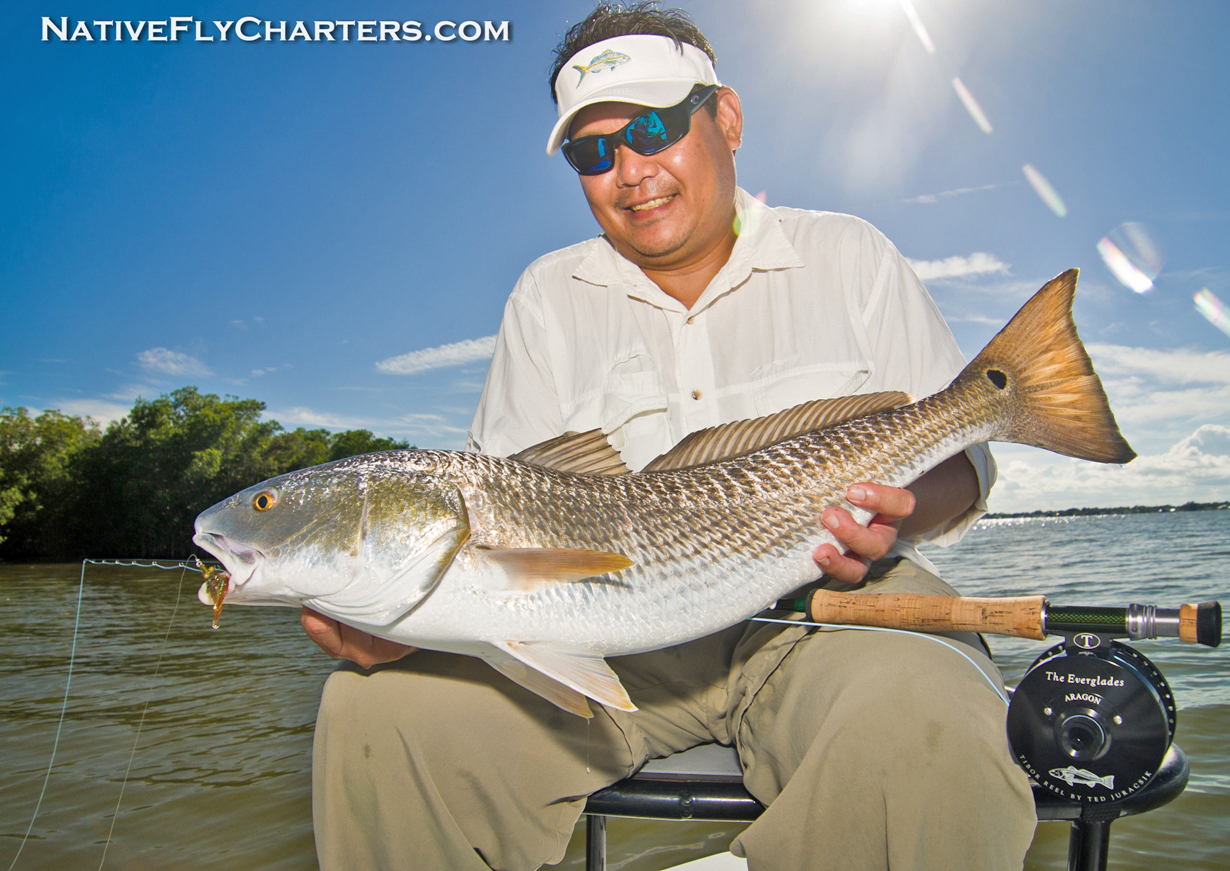 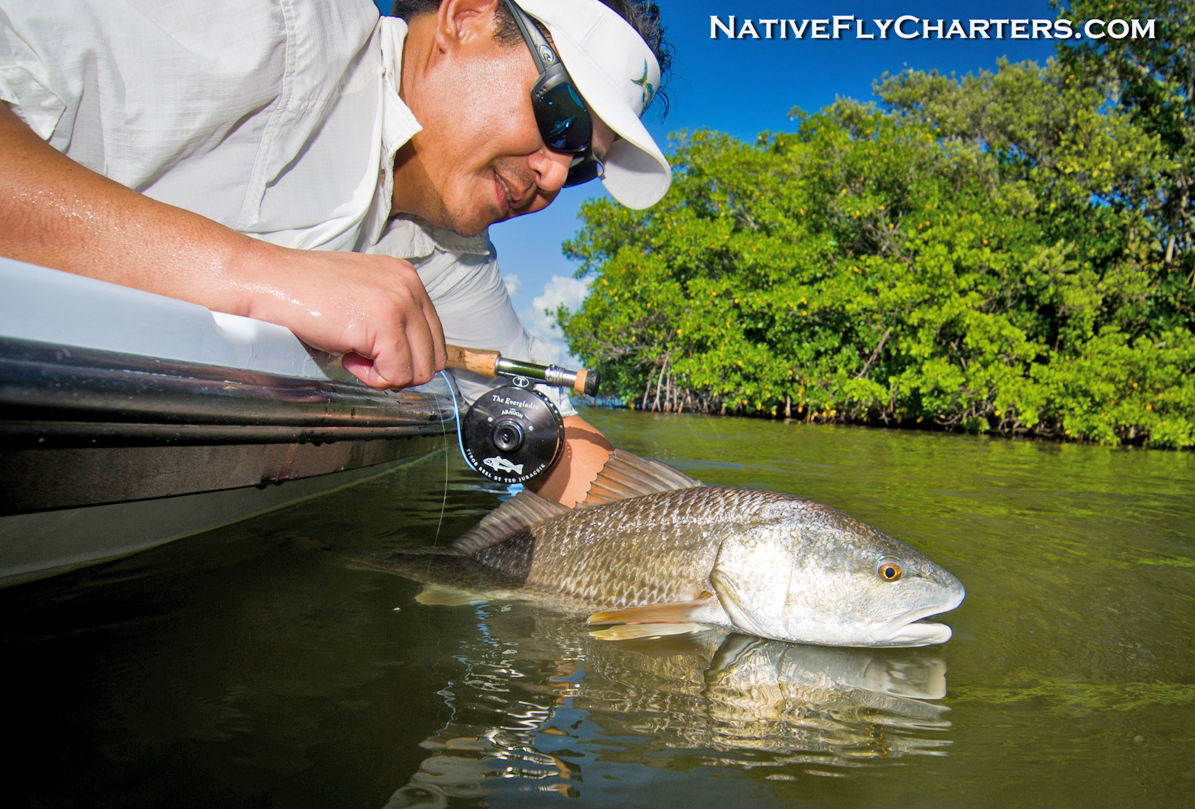 The next day while the government shutdown was still going on, Merv and Sarah got into the same action. 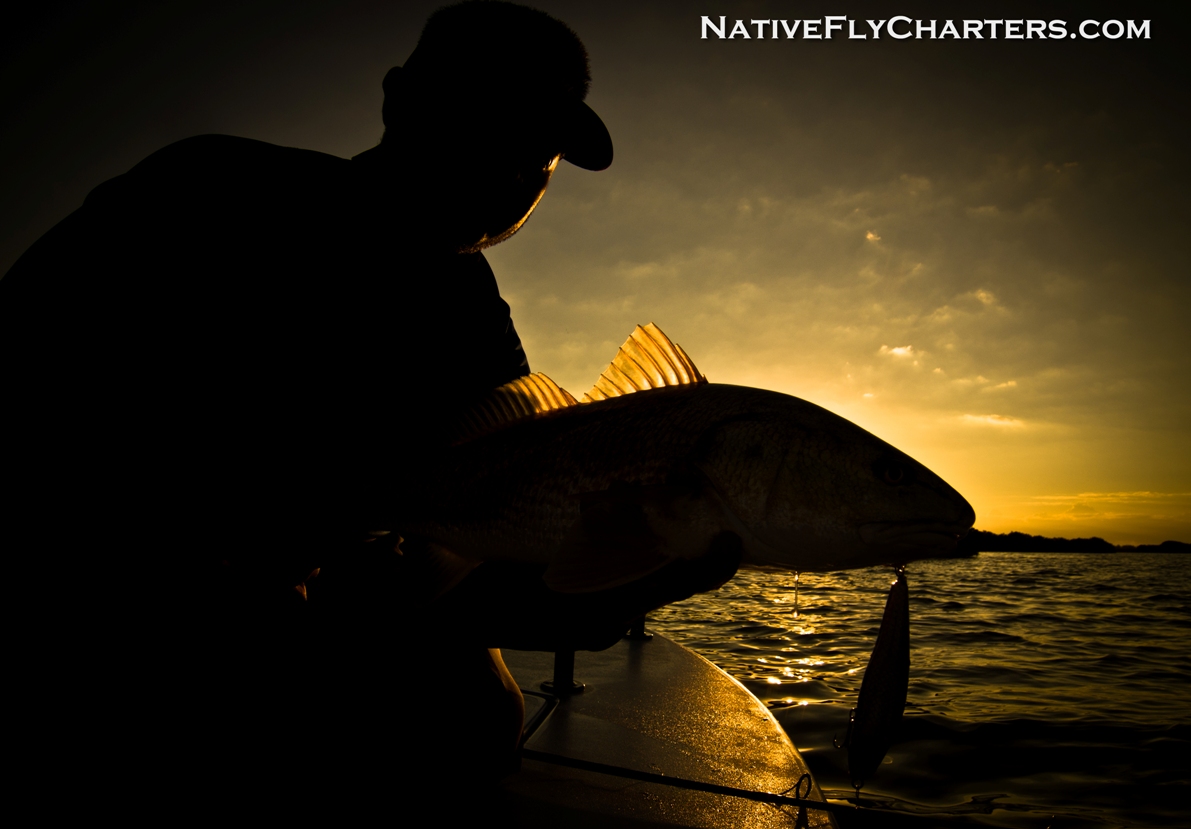 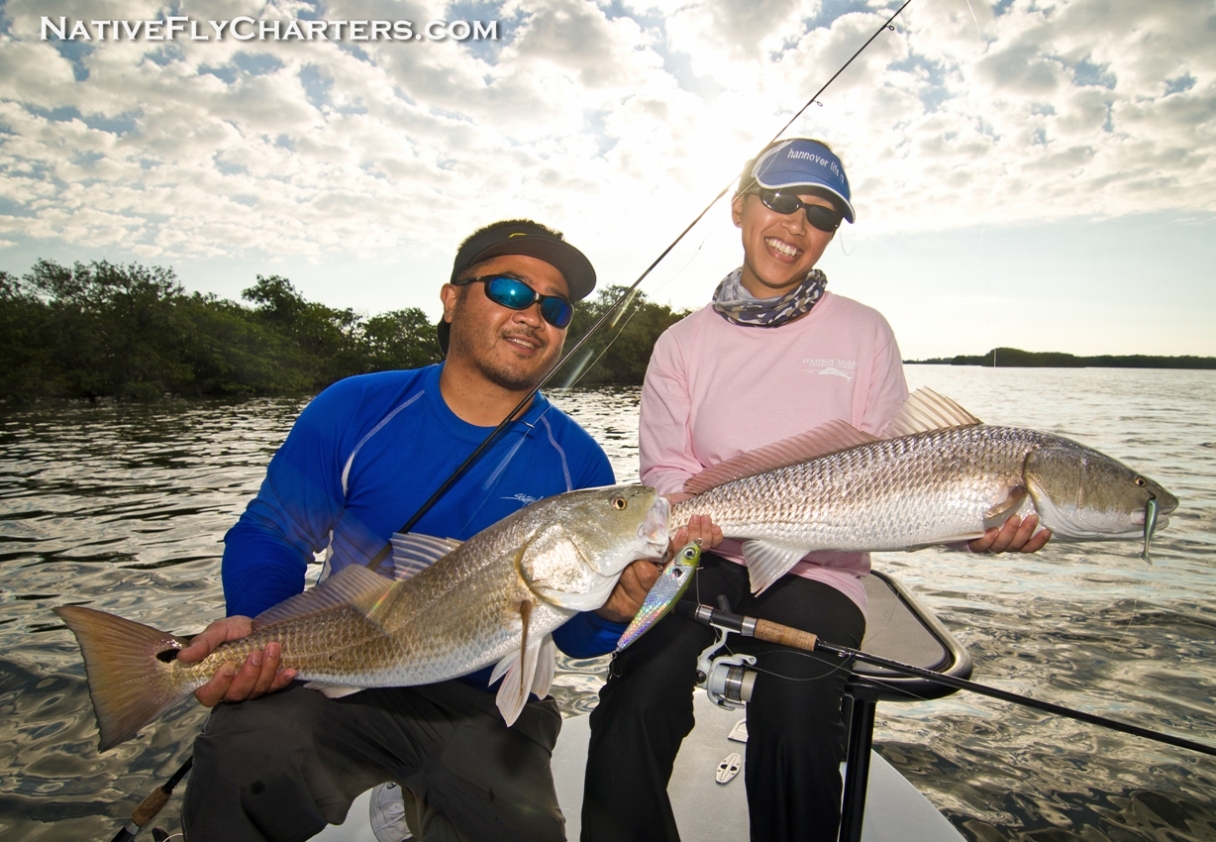 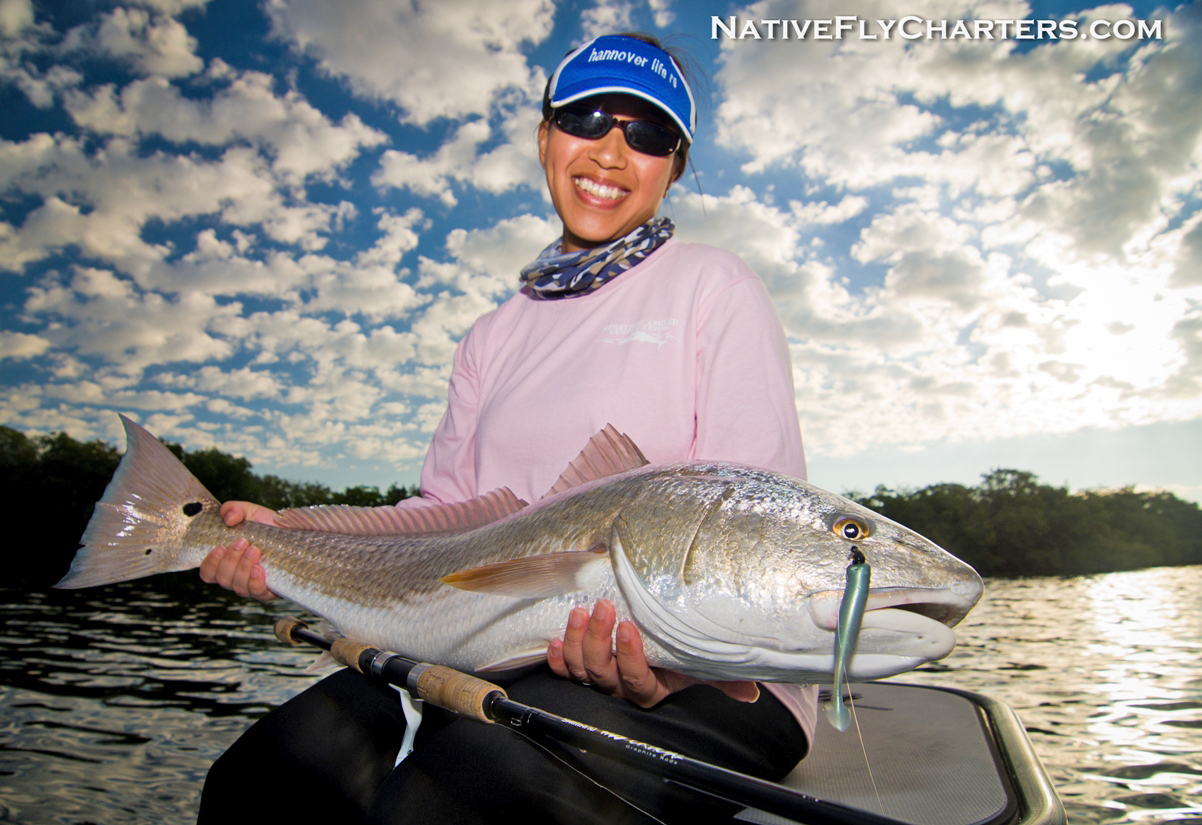 Kelly from Ohio caught her first Redfish with me in the Banana River using D.O.A. Shadtails. 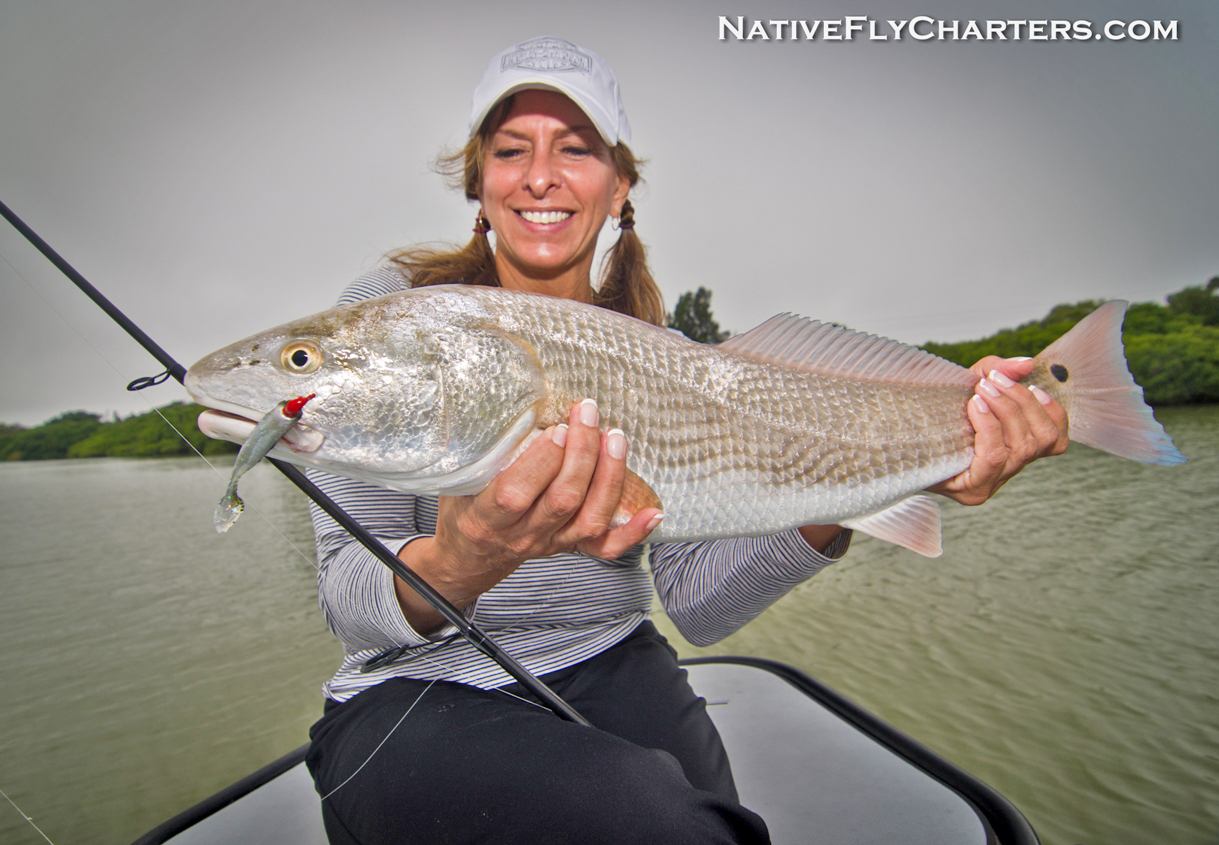 Once temperatures cool down a bit, the fishing should get a lot better in all 3 Lagoons. Cleaner water and Schooling redfish is what you can expect in the next couple months. The Trout and Black Drum should pick up as well.

Be on the look out in Coastal Angler Magazine(Brevard Edition) next month for an article of me and how I got started in photography and guiding for a living.  I also talk about the decline in fishing in the Mosquito Lagoon and what I think might be causing it. 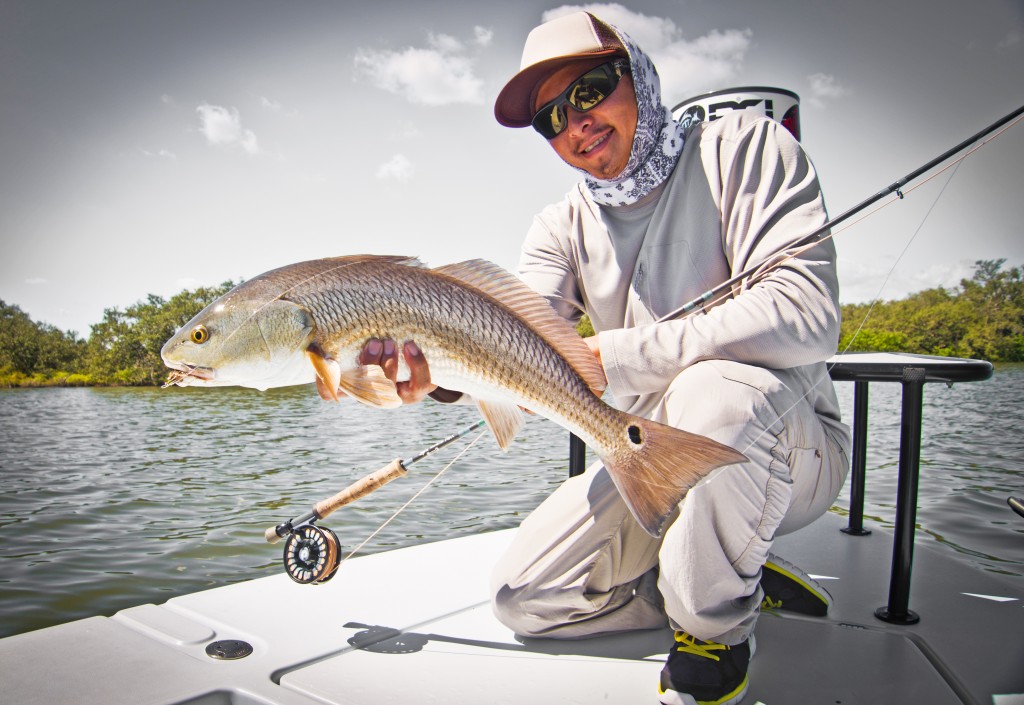