August is the slowest month of the year for me. Mainly because not many people can handle the Florida heat. 1/2 days and 3/4 days are most popular during the heat wave of August, which is fine because the bite tends to slow down around noon. August is also the best month for inshore Tarpon in my area so I am not bothered by business being slow, that means I get to go out and catch some Tarpon for myself and have a little fun!

Small signs of algae bloom having been showing in the Indian, Banana, and Mosquito Lagoons. Pea green water and some dead fish has been spotted throughout the lagoon system. Luckily it’s mainly catfish and puffer fish that are taking the hit, but still…not a good sign. Most of the floating fish I’ve seen are in the residential areas of the Banana and Indian River, so lawn fertilizers and pesticides being run off into the lagoon from the rain may play a part in it. If you live near or on the River, you may want to think twice about what you spray on your lawns.

On the bright side, the sea grass that we lost due to bad algae blooms in the past few years has grown back thick this year. I’m just hoping these small signs of algae bloom remain small.

For the guys and girls that did brave the heat this month, they were treated with light winds and good fishing. Regulars from South Carolina Carlos and Jennifer were some of the brave ones to fish this month. Jennifer is 8 months pregnant and wanted to fish one more time before having their baby. 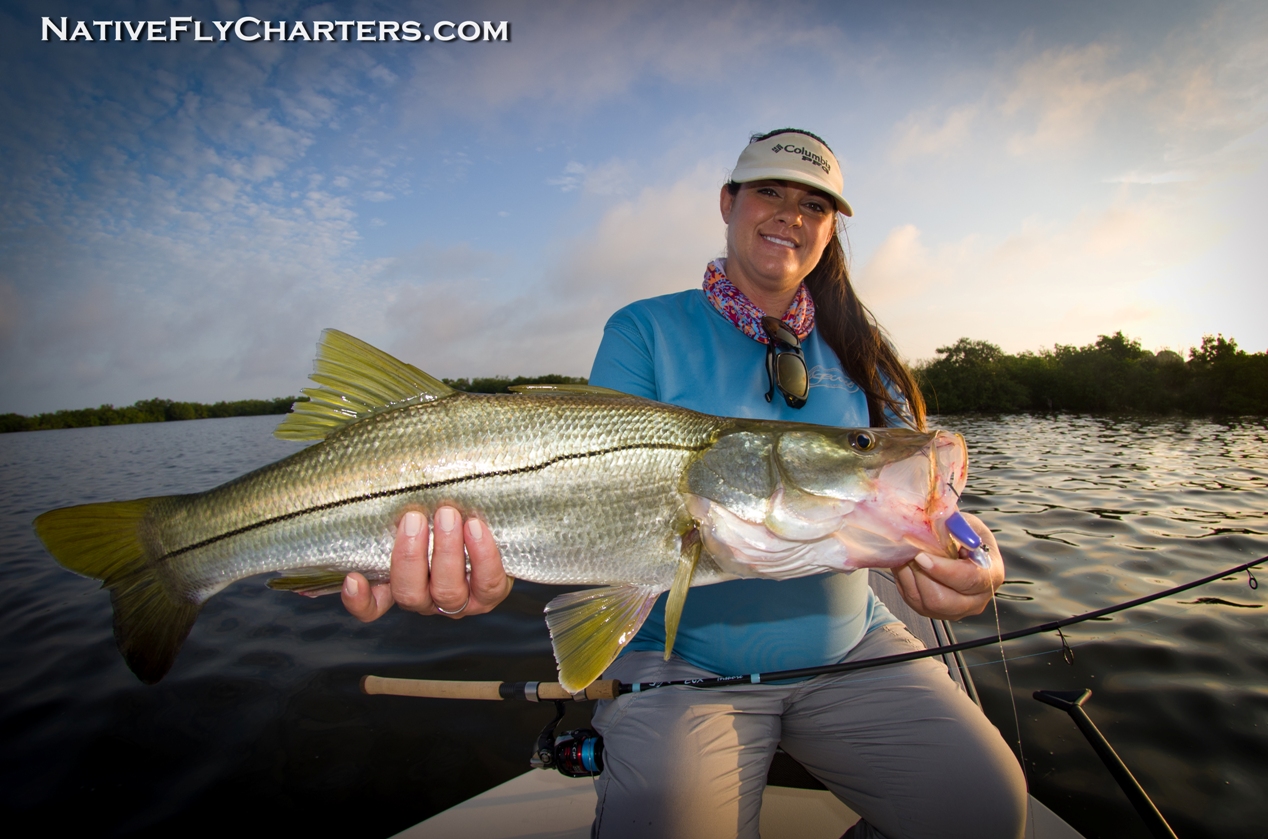 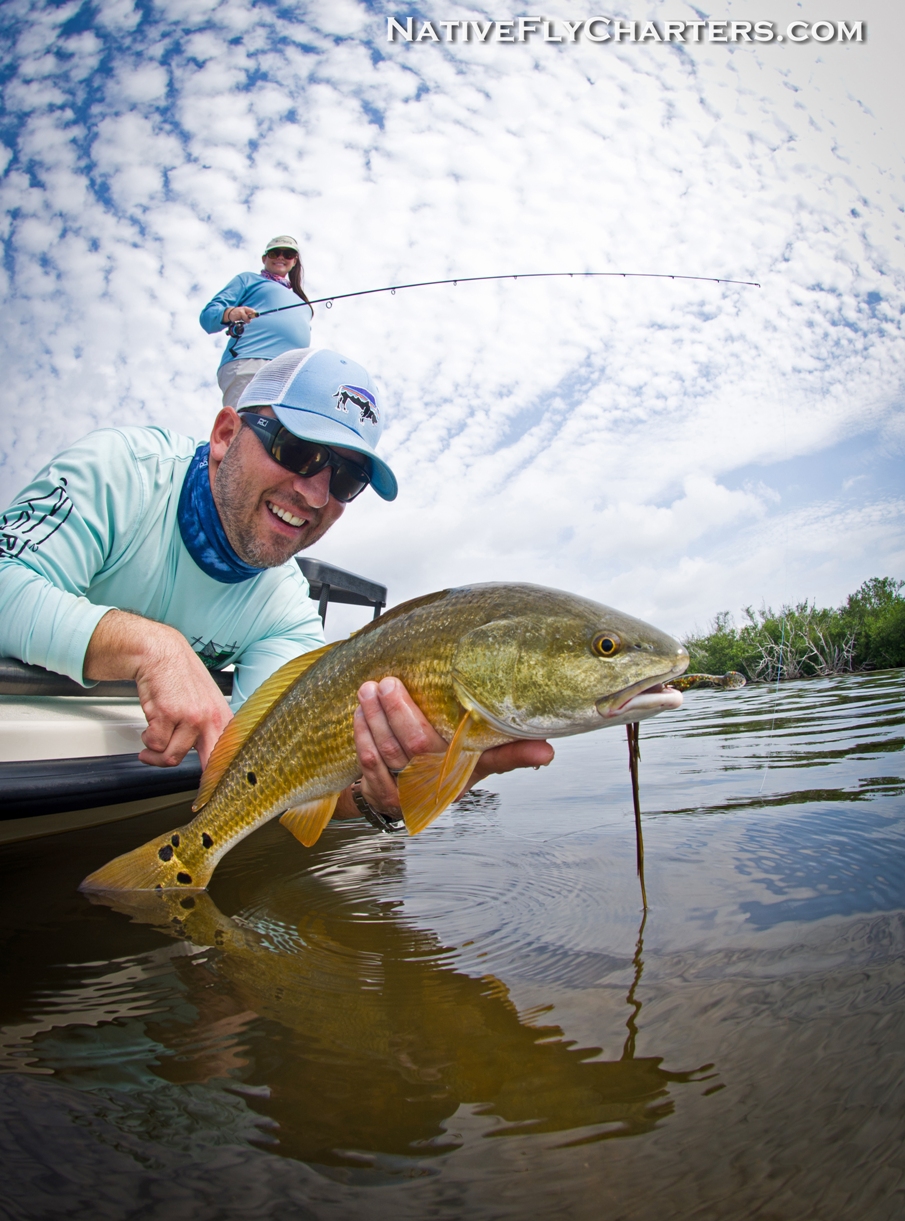 Hunter from North Florida got his first tarpon this day. 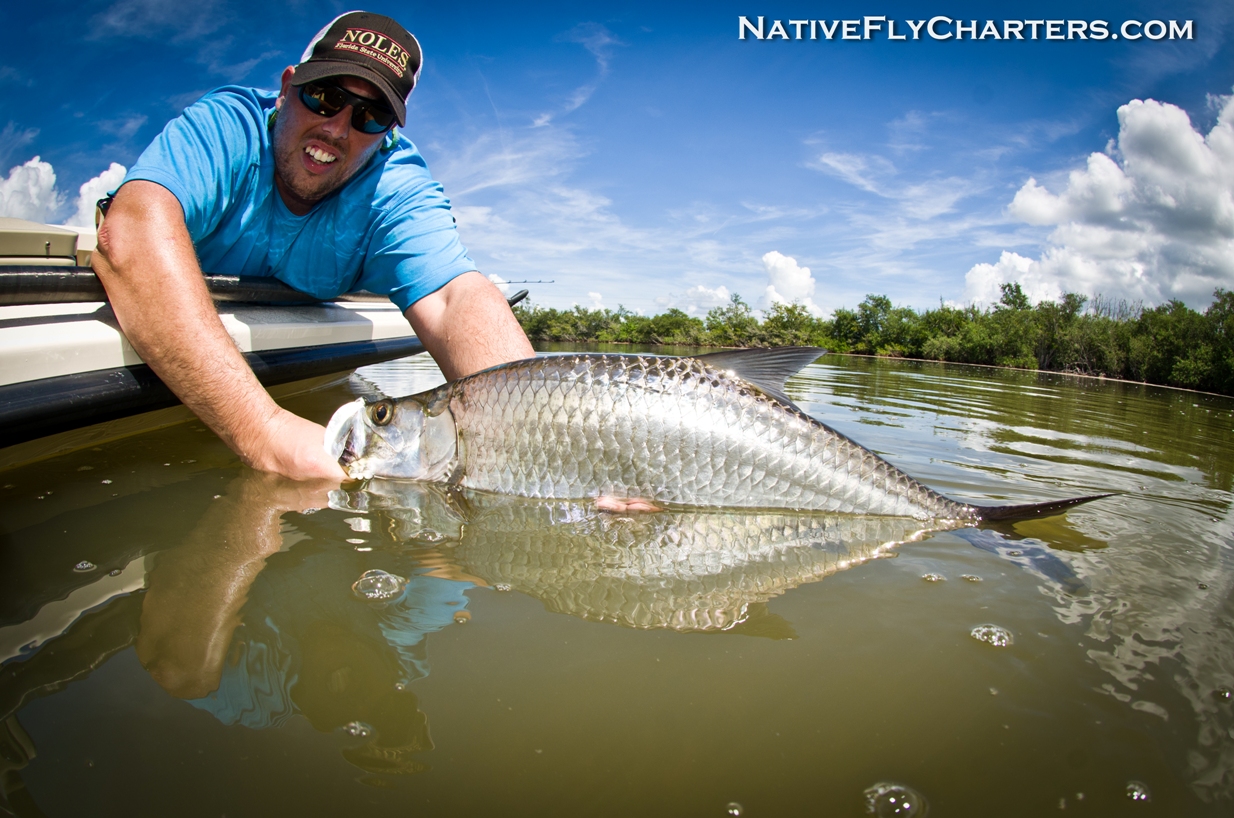 When the timing is right and the stars align, bigger tarpon can be found in the Lagoon system. Charlie from Cocoa Beach, FL. got to pull on a grown one that ate a D.O.A. Baitbuster. 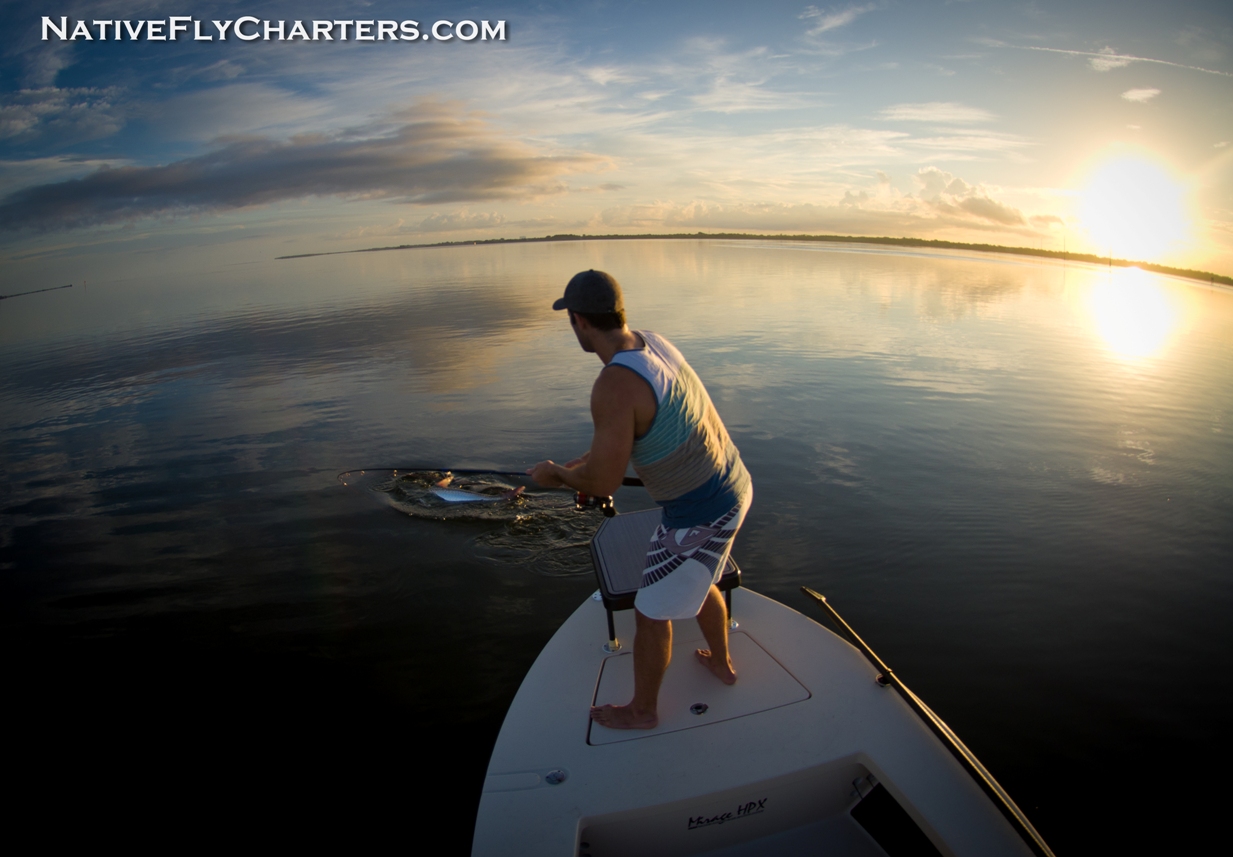 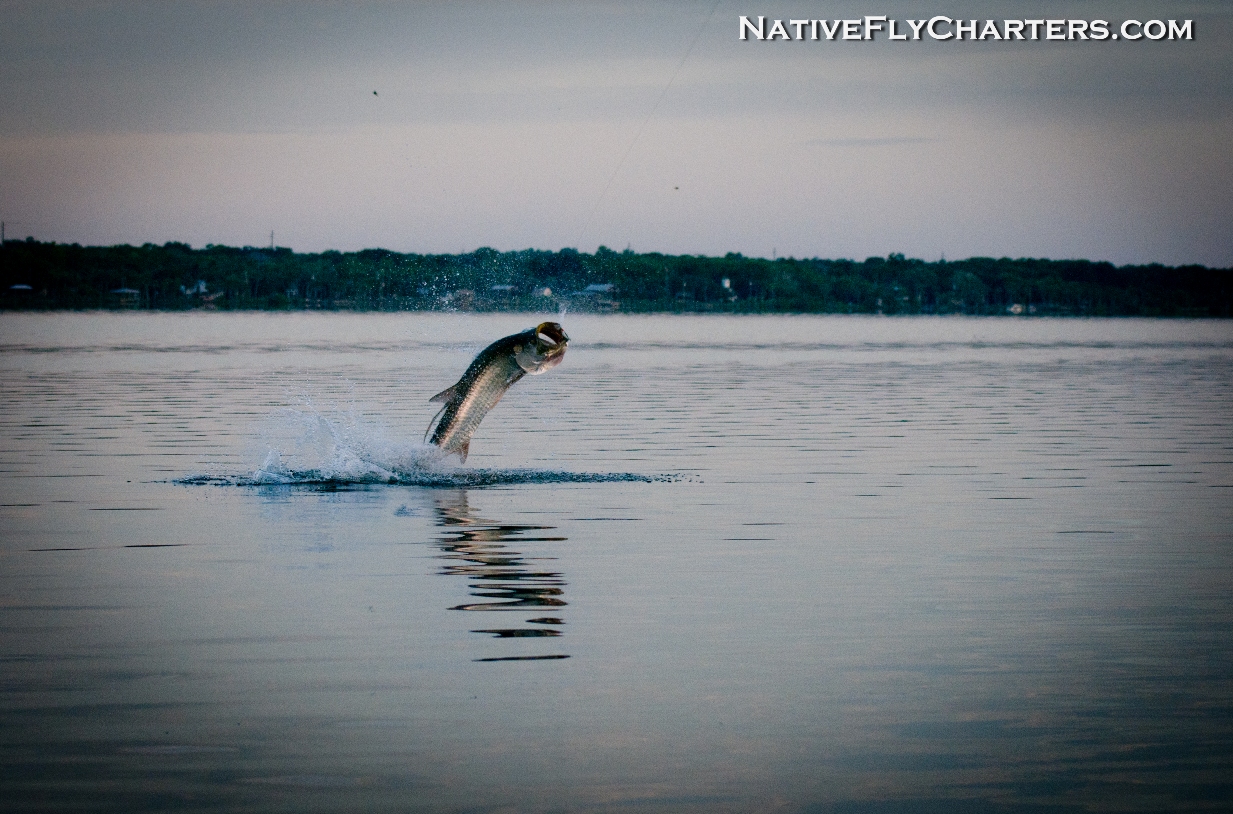 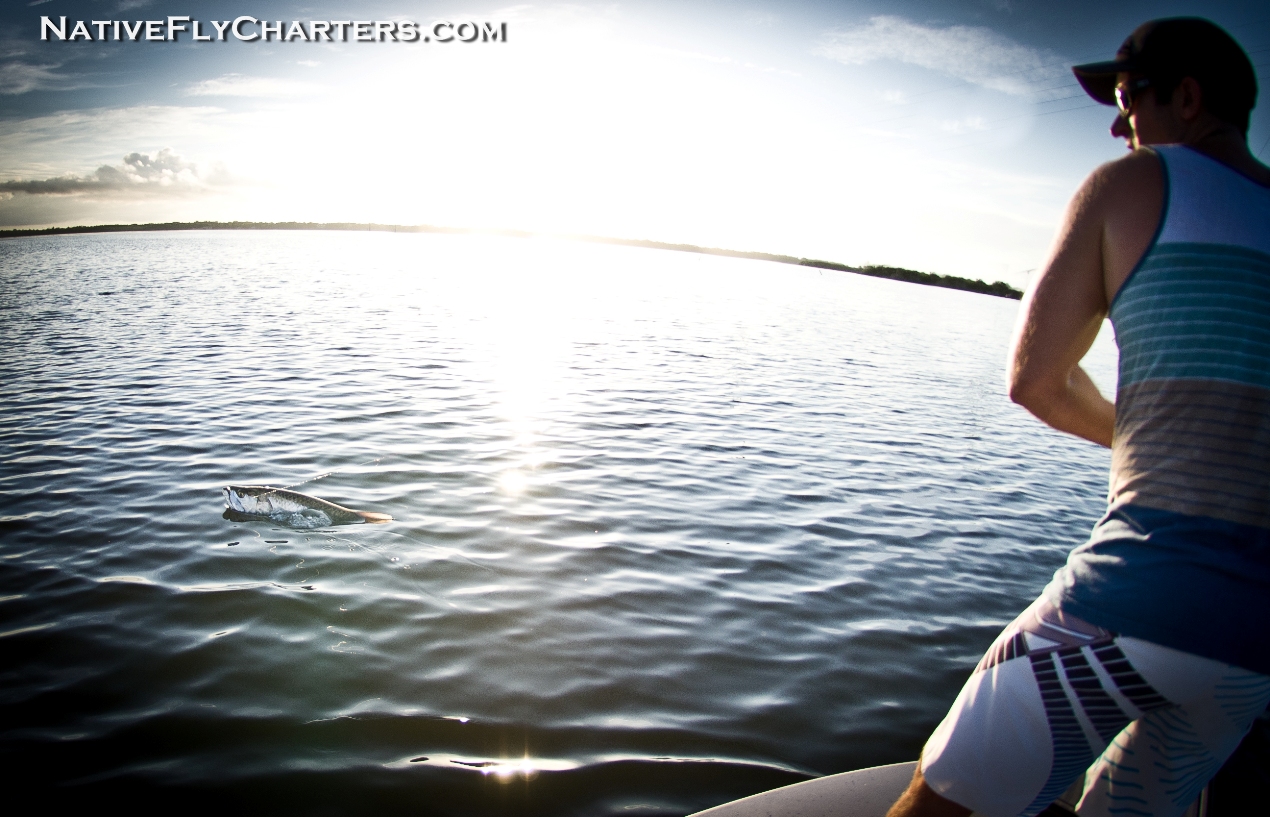 I also got to pull on one as well 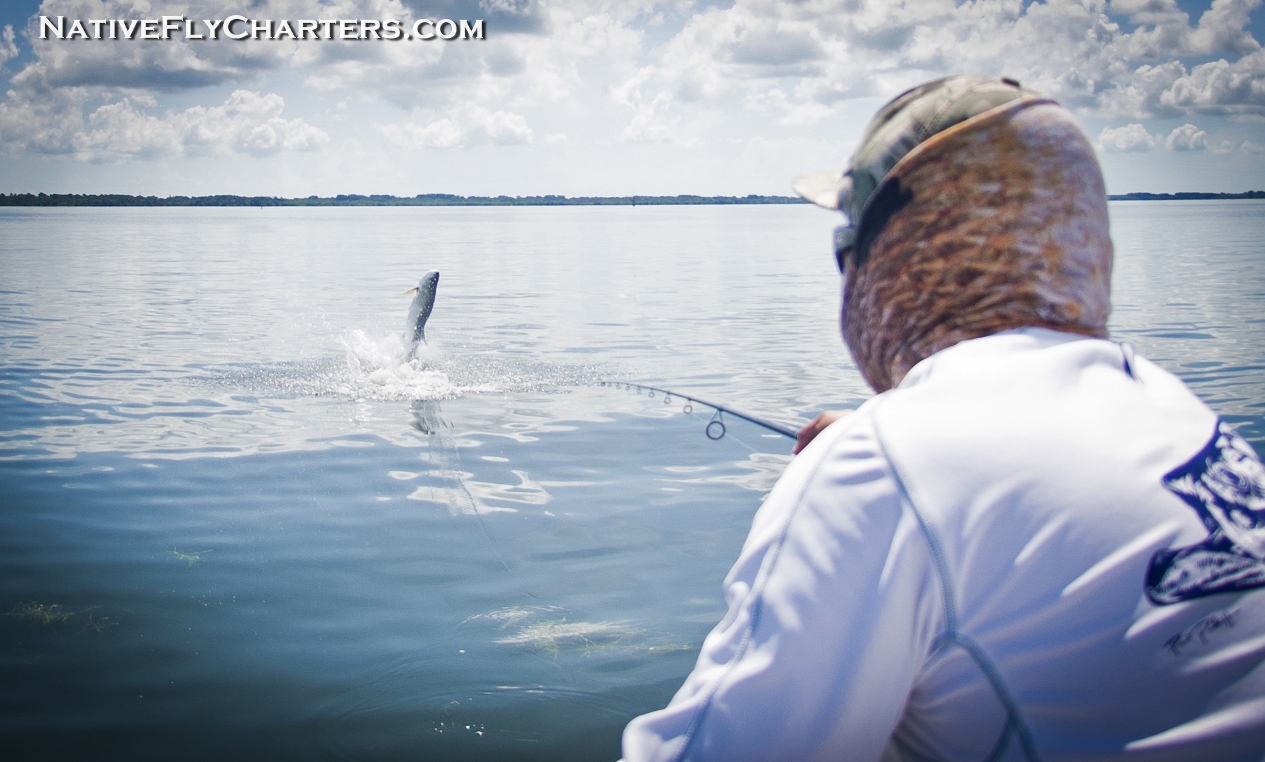 Jamie from Jacksonville got a tarpon on a popper fly first thing in the morning when the fish were happily blasting small minnows on the surface. 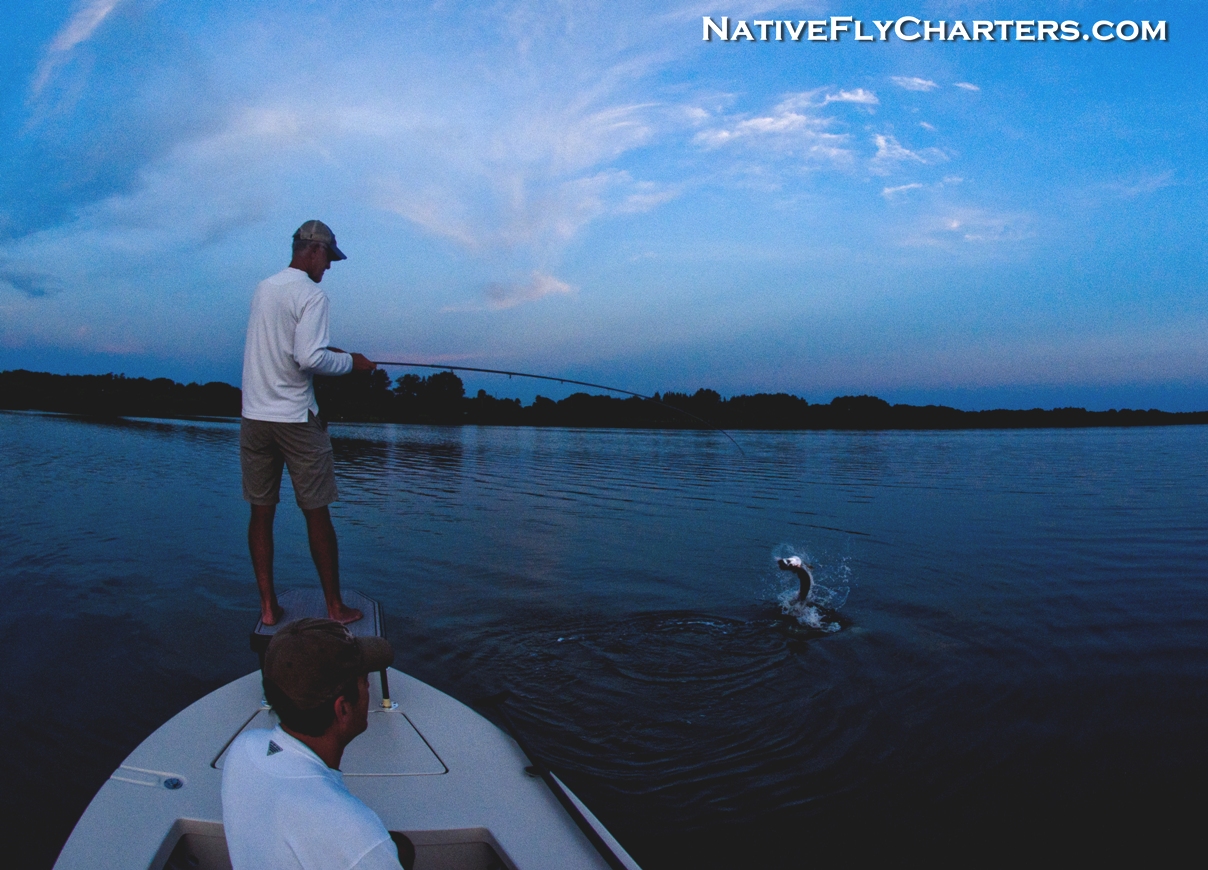 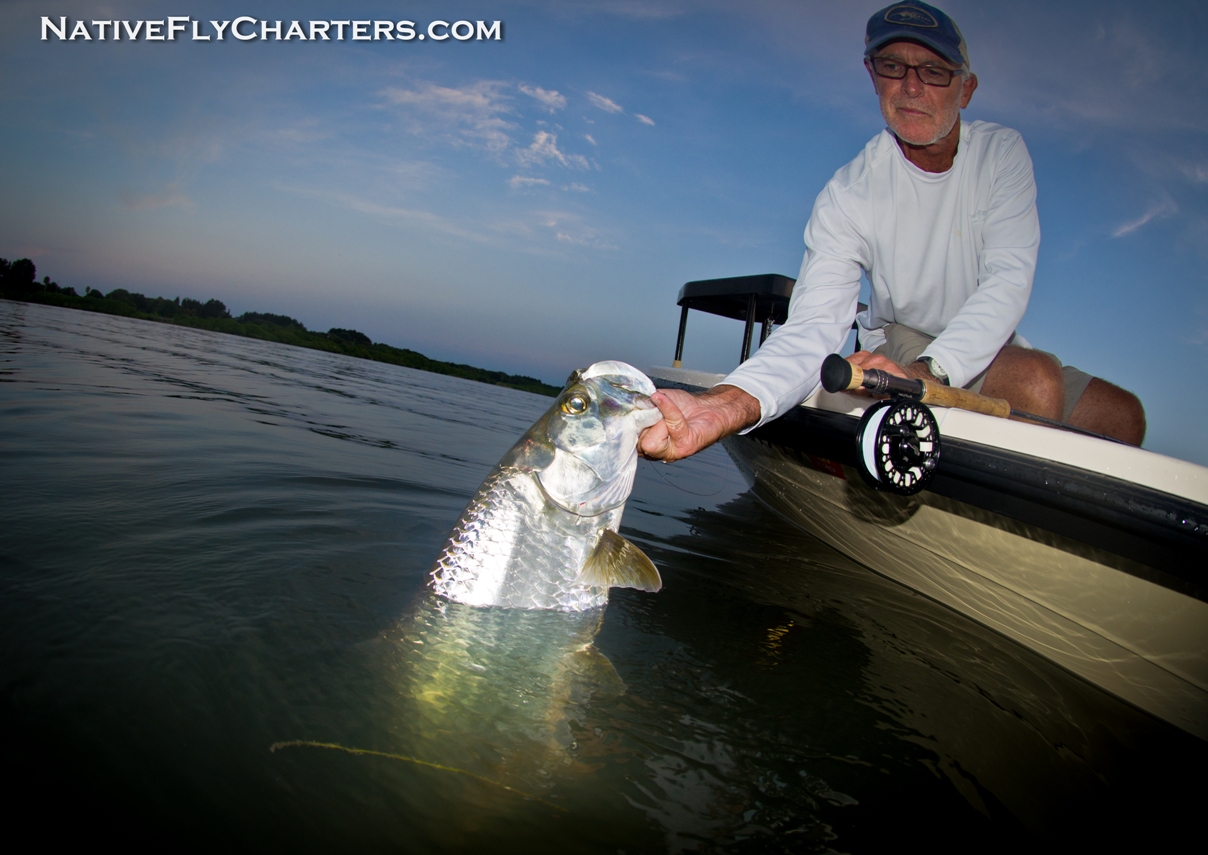 Don from Jacksonville was flying these small tarpon all morning using a 3″ D.O.A. Shadtail. 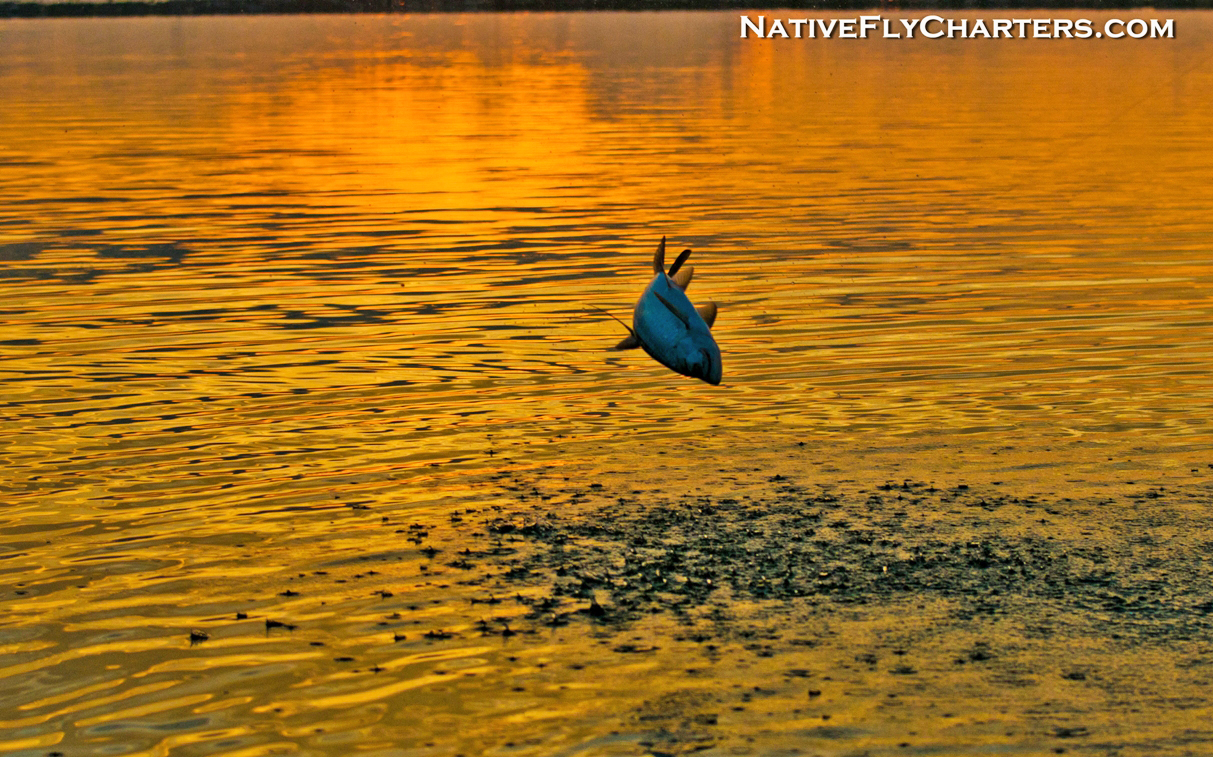 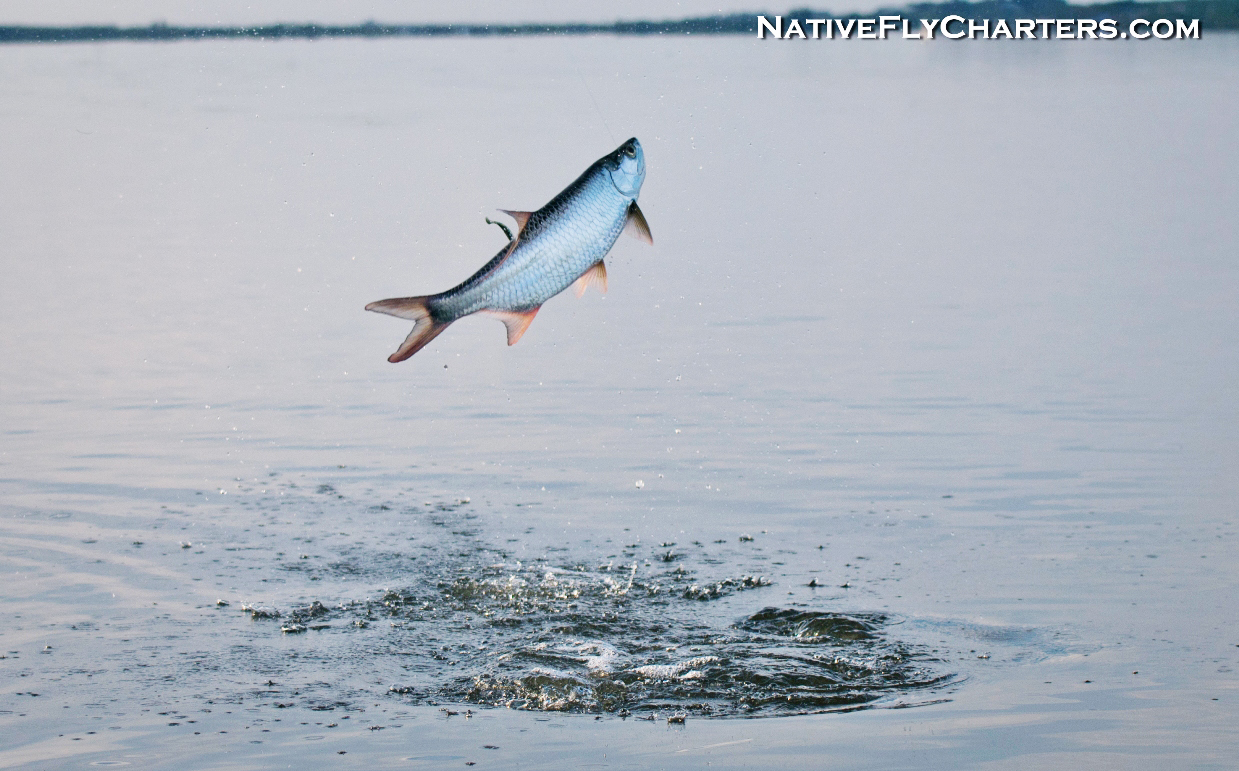 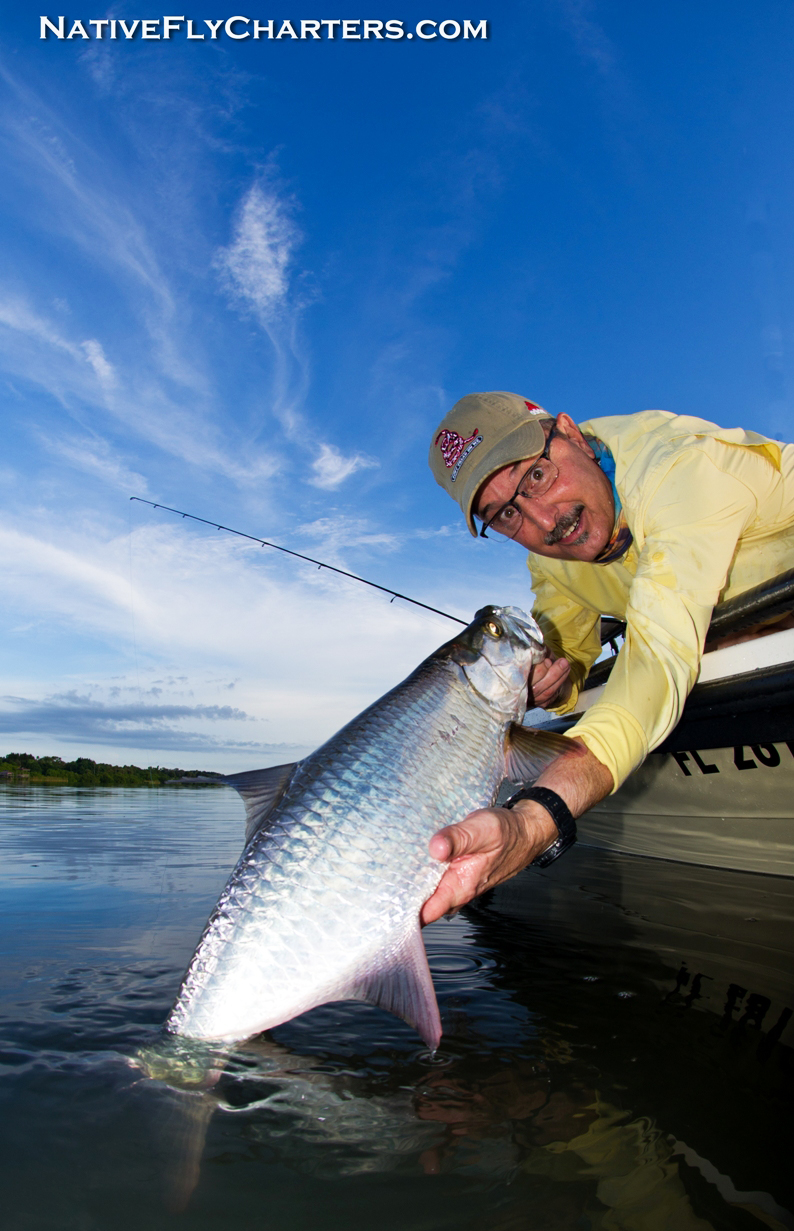 Big redfish start to group up this time of year as well and Savannah from Cocoa Beach wanted to catch one, so she did. 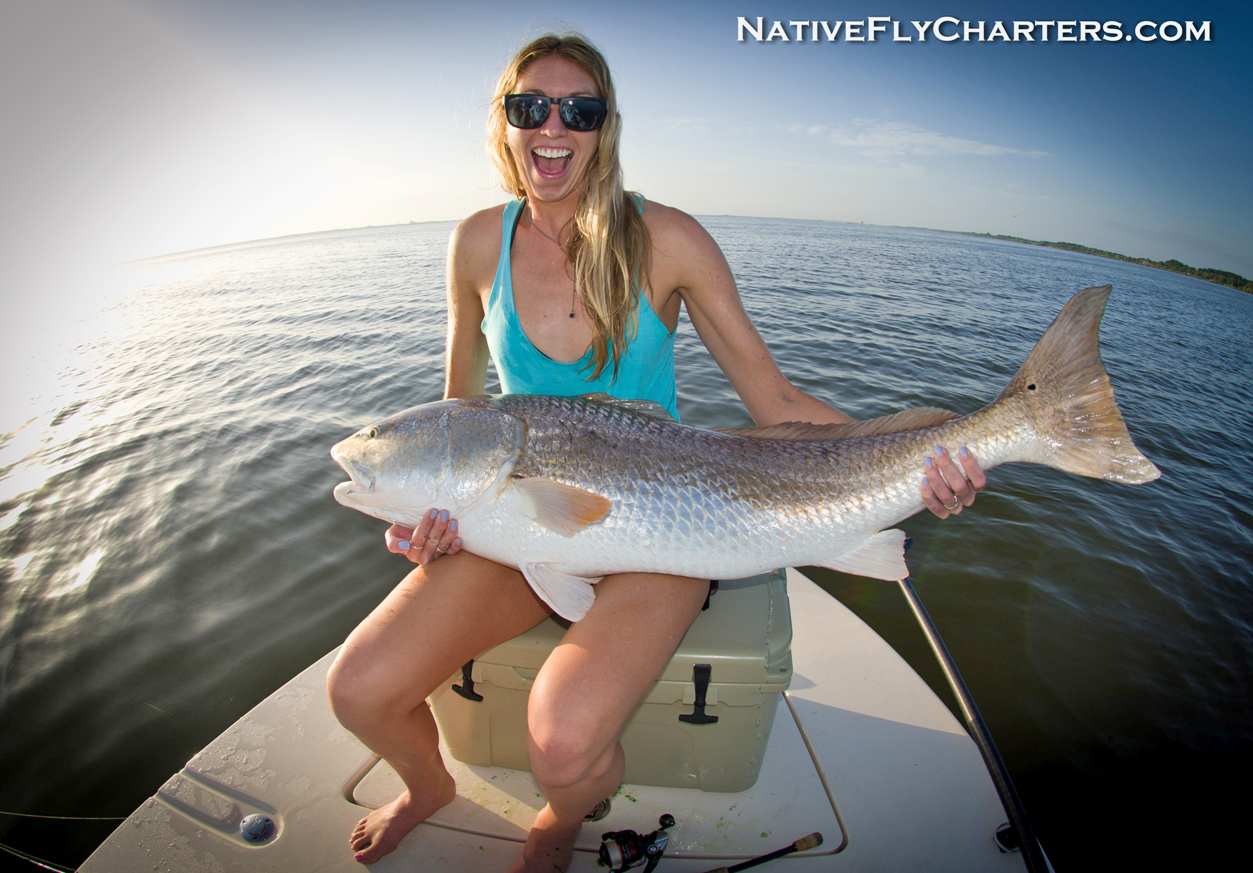 …and some photos fishing with friends. 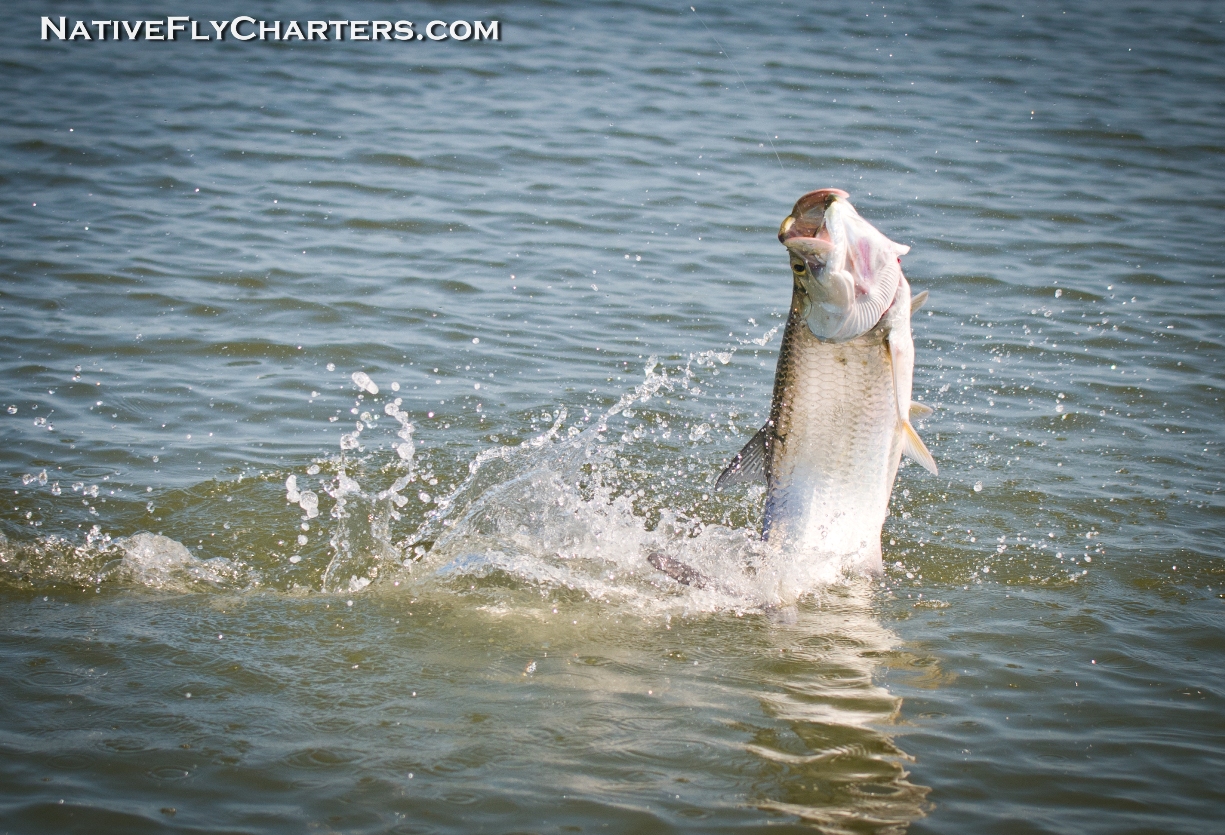 A snook that ate a D.O.A. TerrorEyz while fishing with my buddy Robert 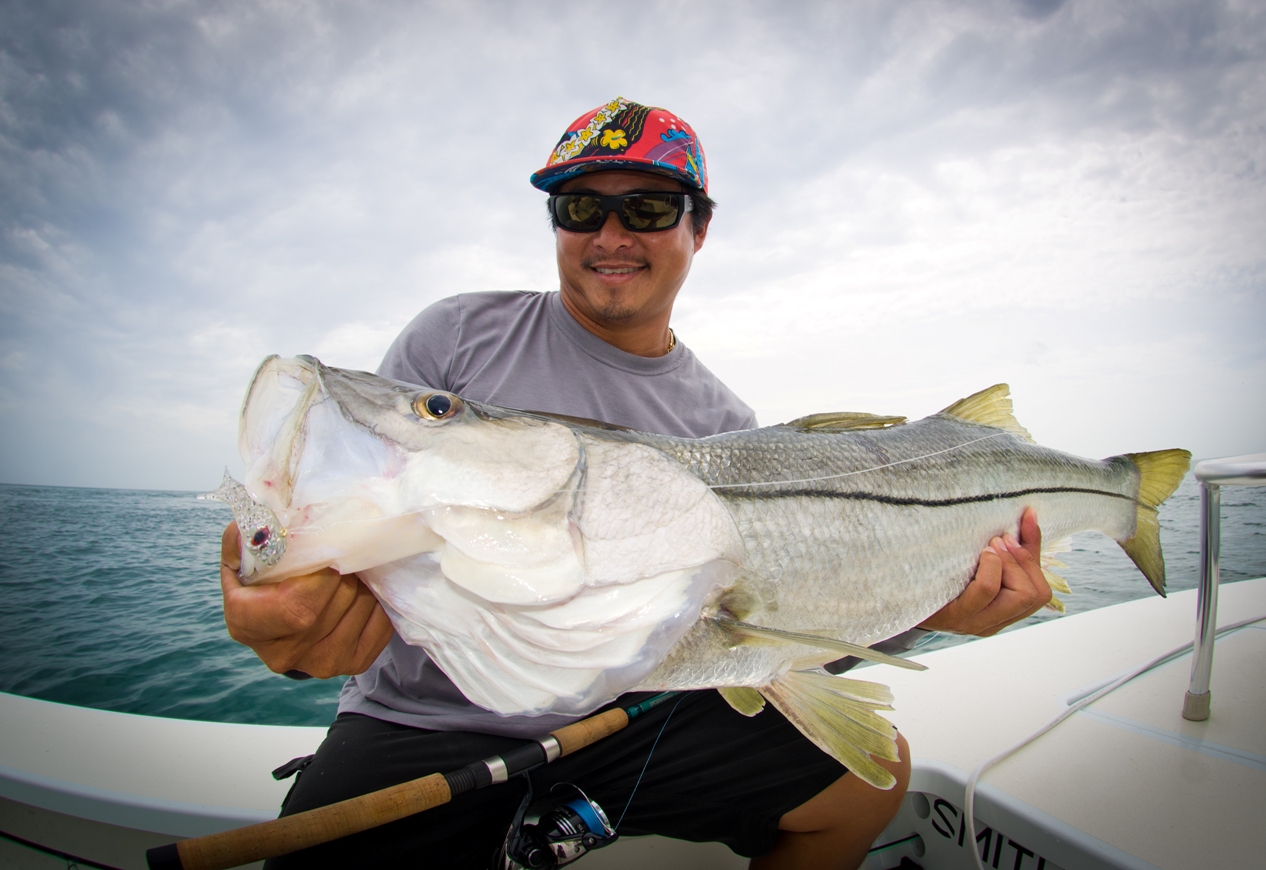 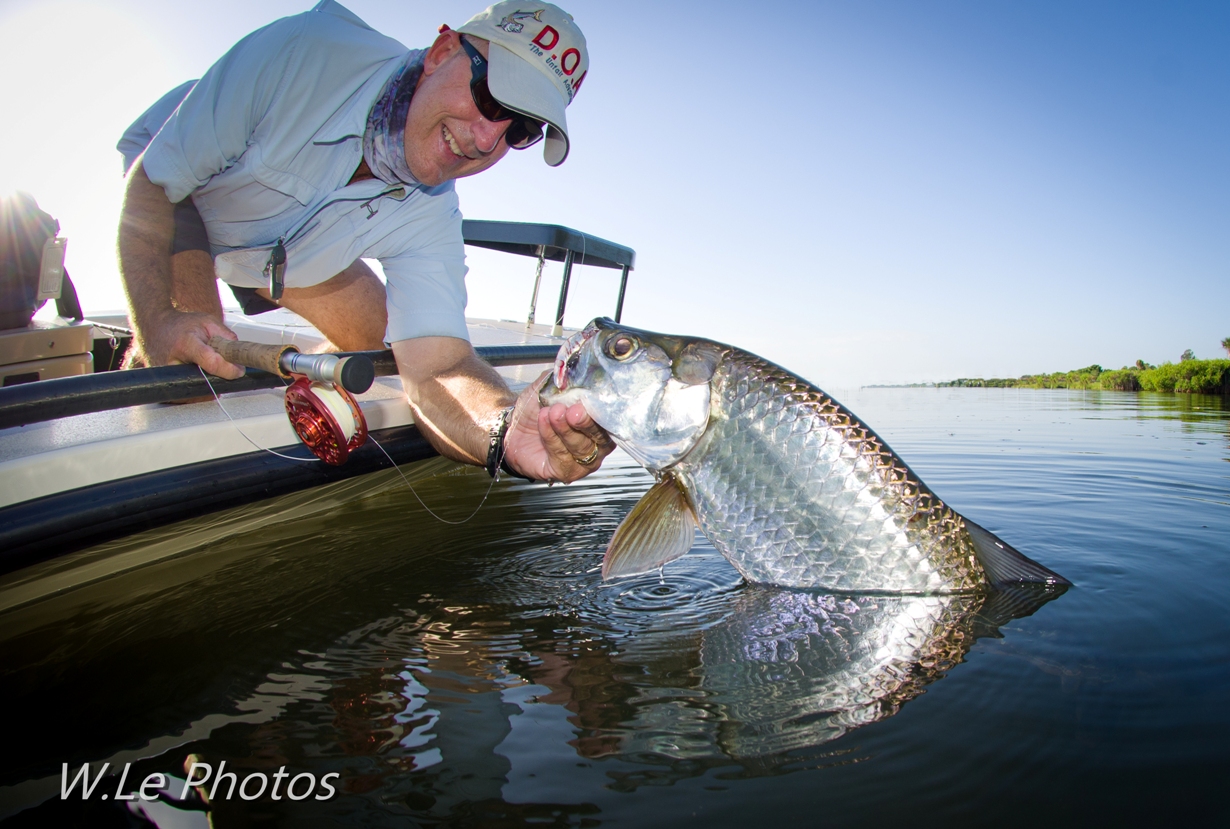 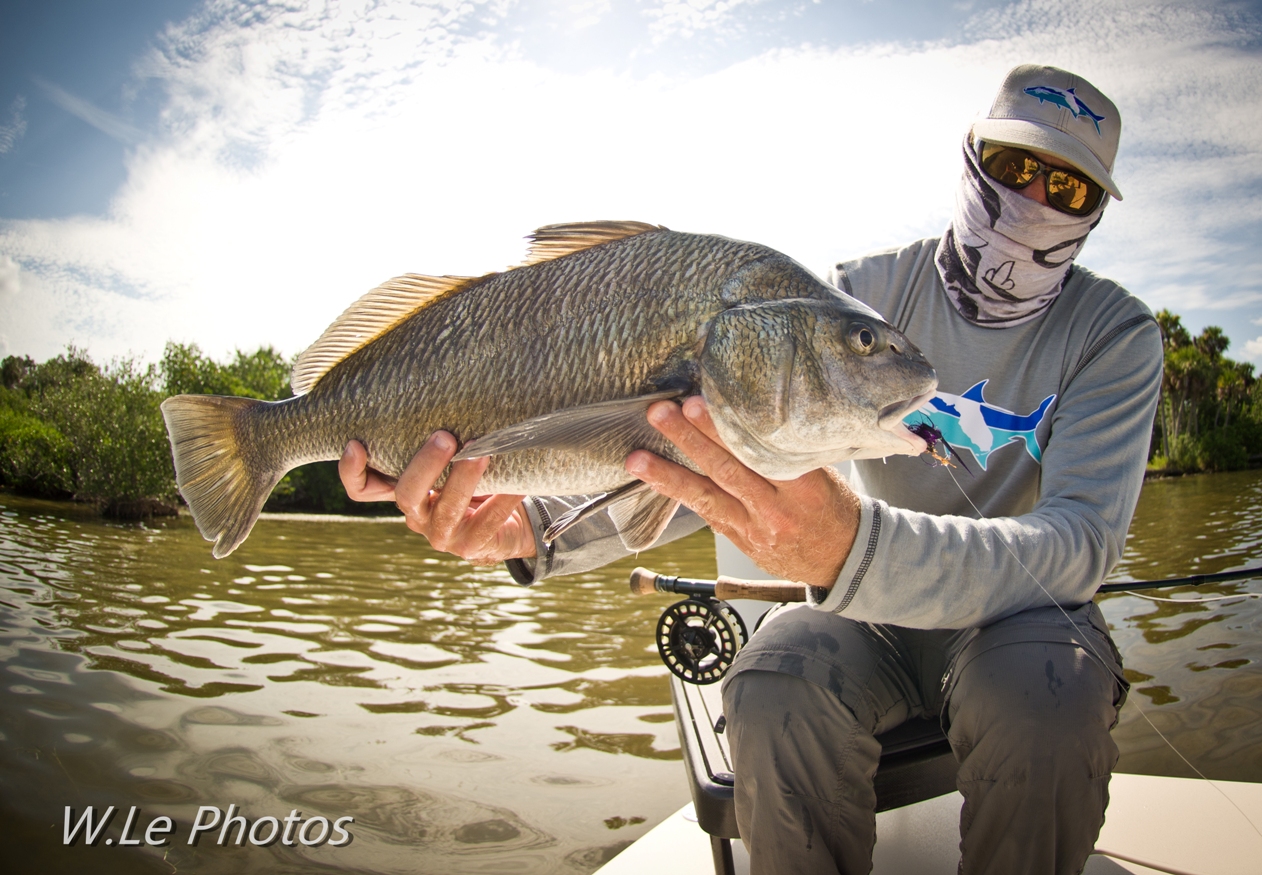